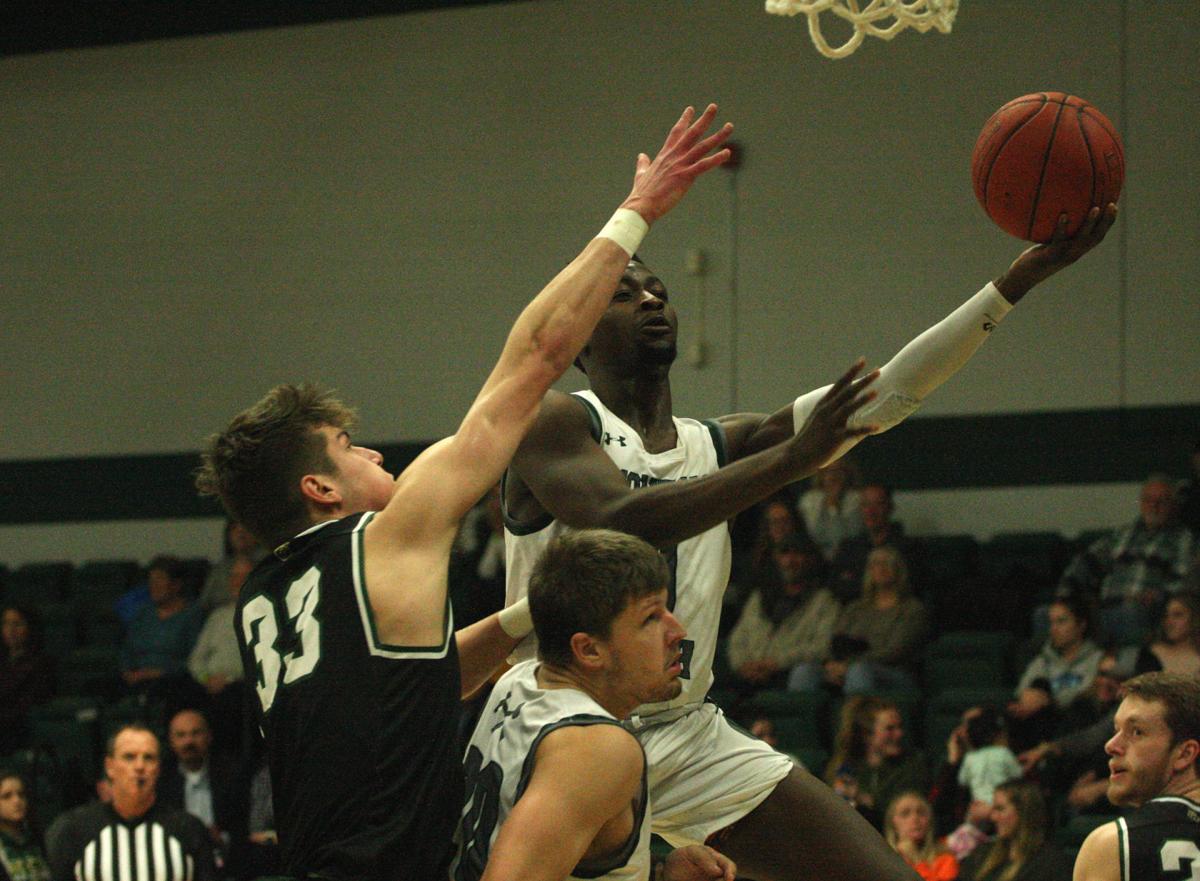 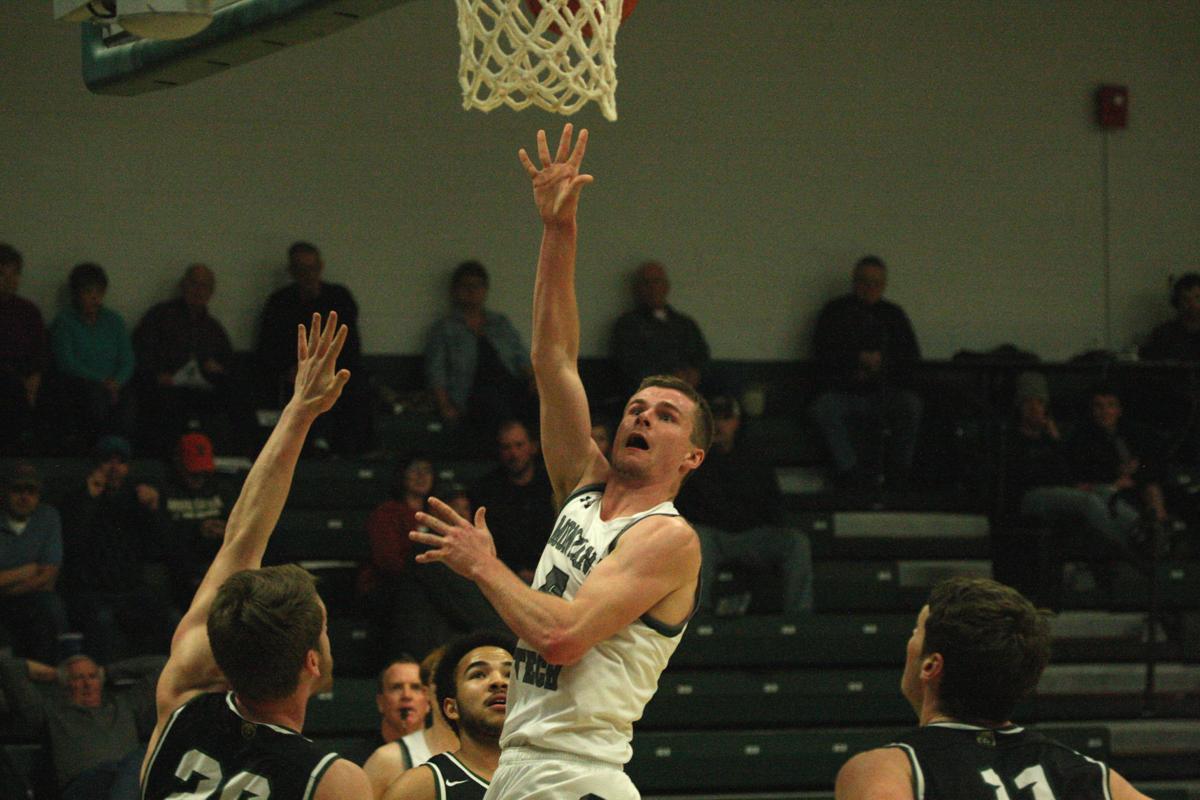 Montana Tech's Dylan Pannabecker throws up a shot during the Orediggers' win over Rocky Mountain College at the HPER Facility Thursday night.

Montana Tech's Dylan Pannabecker throws up a shot during the Orediggers' win over Rocky Mountain College at the HPER Facility Thursday night.

Rocky Mountain College could not stop Montana Tech as the Orediggers rolled to their largest margin of victory in a Frontier Conference game since the 2014-15 season.

Orediggers and Bears head coaches Adam Hiatt and Bill Dreikosen both praised England for taking the game over at Kelvin Sampson Court.

"Taylor [England] really set the tone," Hiatt said. "We told him before the game, 'If they're in zone, they're trying to take you away.' We told him he needs to pack his own lunch and he needs to go after rebounds and just dominate in the paint, and he did. You saw in that first half, he was grabbing tons of offensive rebounds and putting them back and he was establishing his presence in the paint."

Dreikosen also explained that he was impressed by England's rebounding ability on top of his ability to score.

"One of the better players in the players in the [Frontier] conference in England," Dreikosen said. "He just kind of one-man-showed us on the boards. We had two or three guys trying to get the board against him and he's the type of kid that can really change a game and I think in the first half he really changed the game."

The Orediggers opened with a 10-2 run as Tech’s offense started quickly thanks to good inside-out play from England and senior forward Dylan Pannabecker.

However, Rocky refused to let things get out of hand early, responding with a 7-0 run of their own as senior guard Clayton Ladine and freshman forward Maxim Stephens got the Battlin’ Bears’ offense going.

A back-and-forth first half broke open with a few minutes before the break, as redshirt sophomore guards Drew Huse and Christian Jones sunk back-to-back threes in less than a minute to grow the Orediggers’ lead to 32-24, which Tech was able to guide into a 36-27 halftime advantage.

Hiatt talked about the importance of winning in all areas of the game, and his team's win was an encouraging sign going forward.

"I felt like our energy, from the jump, was outstanding from the defensive side," Hiatt said. "We're really proud of that fact. We were plus-12 on turnovers, they had 22, we had 10. Plus-5 on rebounds, we did a lot of positive things on the defensive side of the ball."

The Orediggers came out even hotter than the first half, initially trading punches with Rocky, but bursts of scoring from senior Troy Owens Jr., Pannabecker and junior Sindou Diallo saw Tech extend their lead to 20+ points before the halfway point of the second half.

While Rocky's Ladine and and senior forward Grant Wallace battled to keep their squad in the contest, Tech could not be stopped even as the starting lineups came out to rest, seeing the Orediggers finish on top with a 28-point victory.

The win is the largest margin of victory in Frontier Conference play since Tech beat Carroll College 80-57 in the 2014-15 basketball season.

The Orediggers were led by England's 22, while Jones sunk three treys en route to an 11-point night. Diallo finished with 10, with Pannabecker adding another nine points.

For Rocky, Ladine was the sole double-digit scorer with 12 points, while Wallace added nine. Junior guard Brandon The Boy finished out the Battlin' Bears' top scorers with eight.

Dreikosen said that his team has to continue putting in the effort, and that Tech's defensive pressure made life difficult for Rocky.

Rocky continues on the road to take on Lewis-Clark State on Saturday, while Tech, now 12-6, welcomes Montana Western to Kelvin Sampson Court on Saturday.