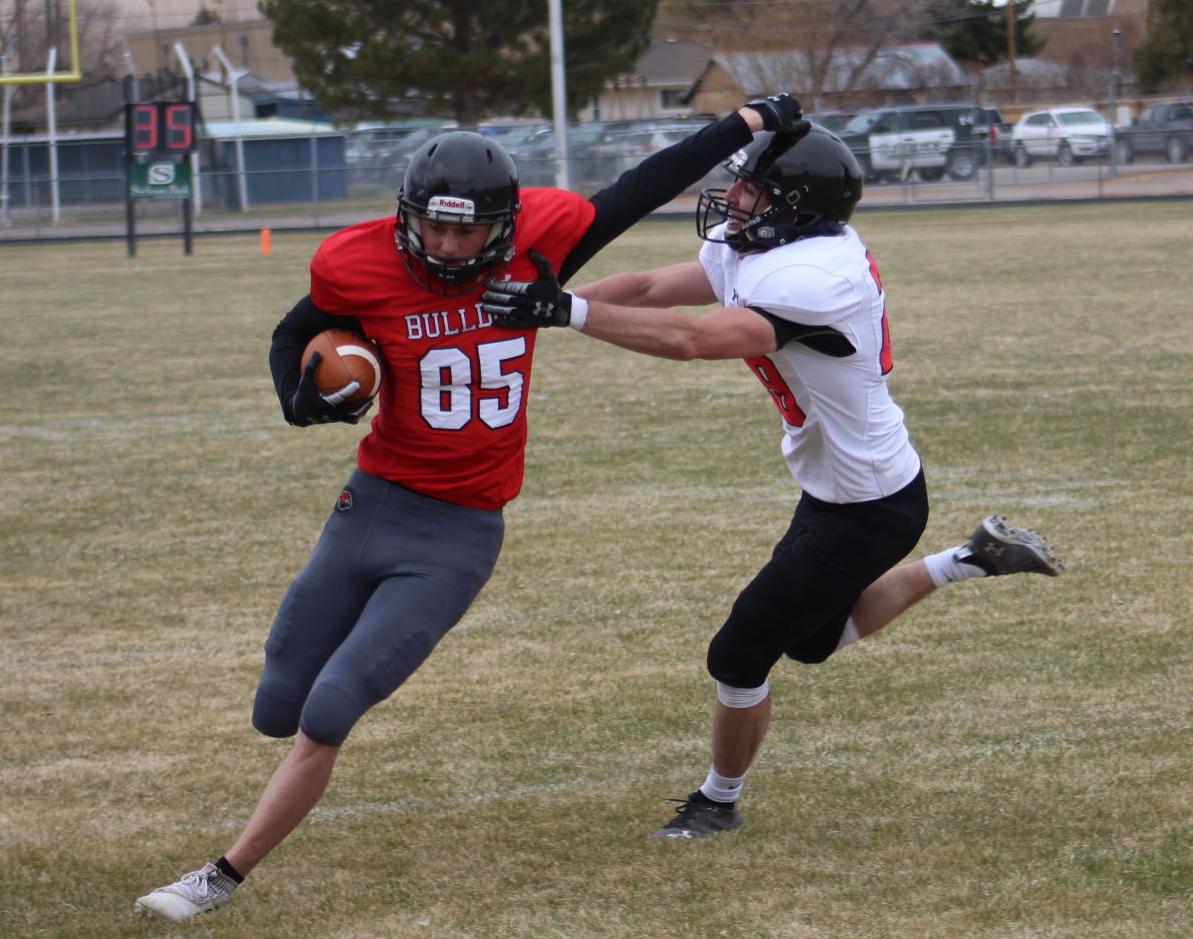 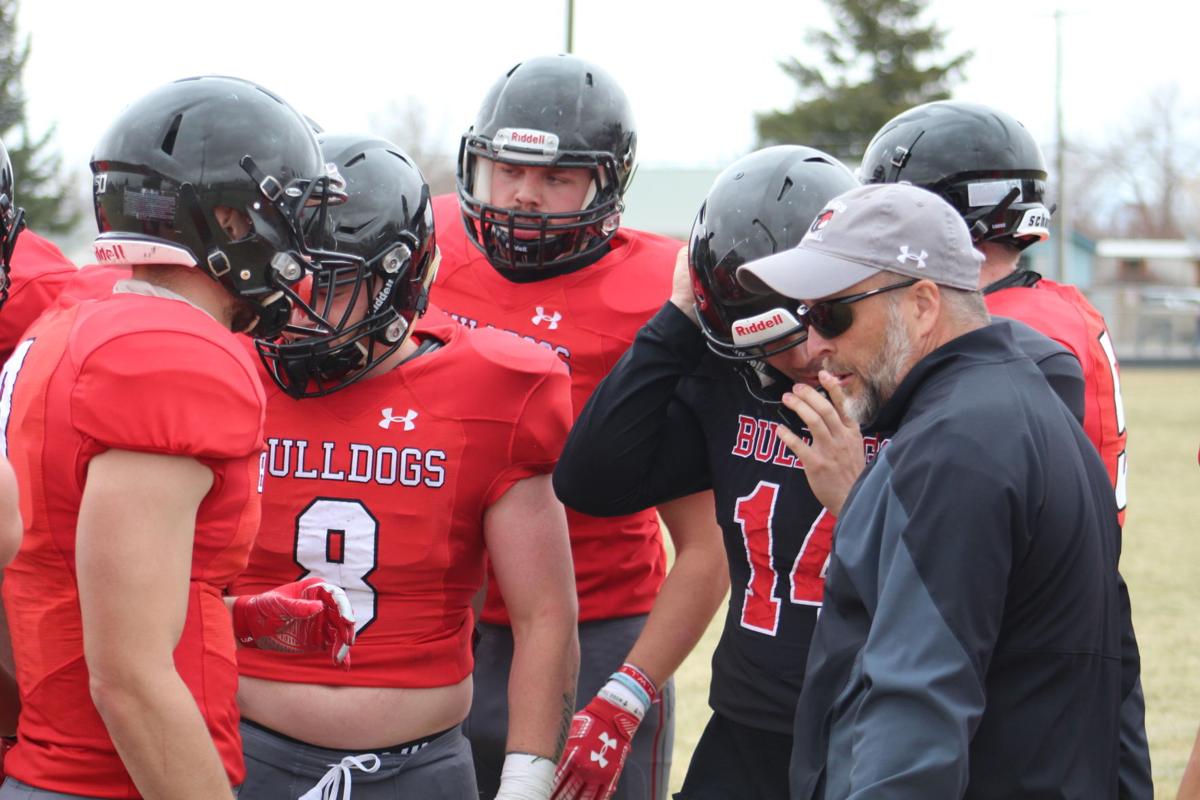 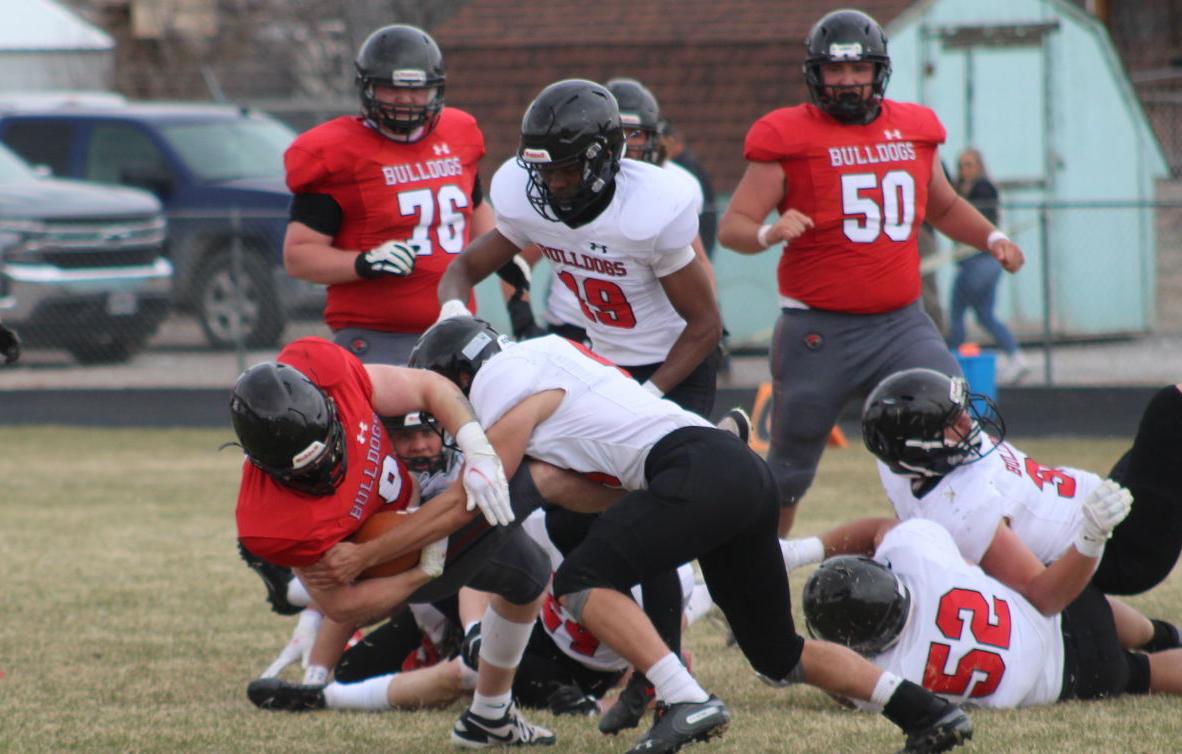 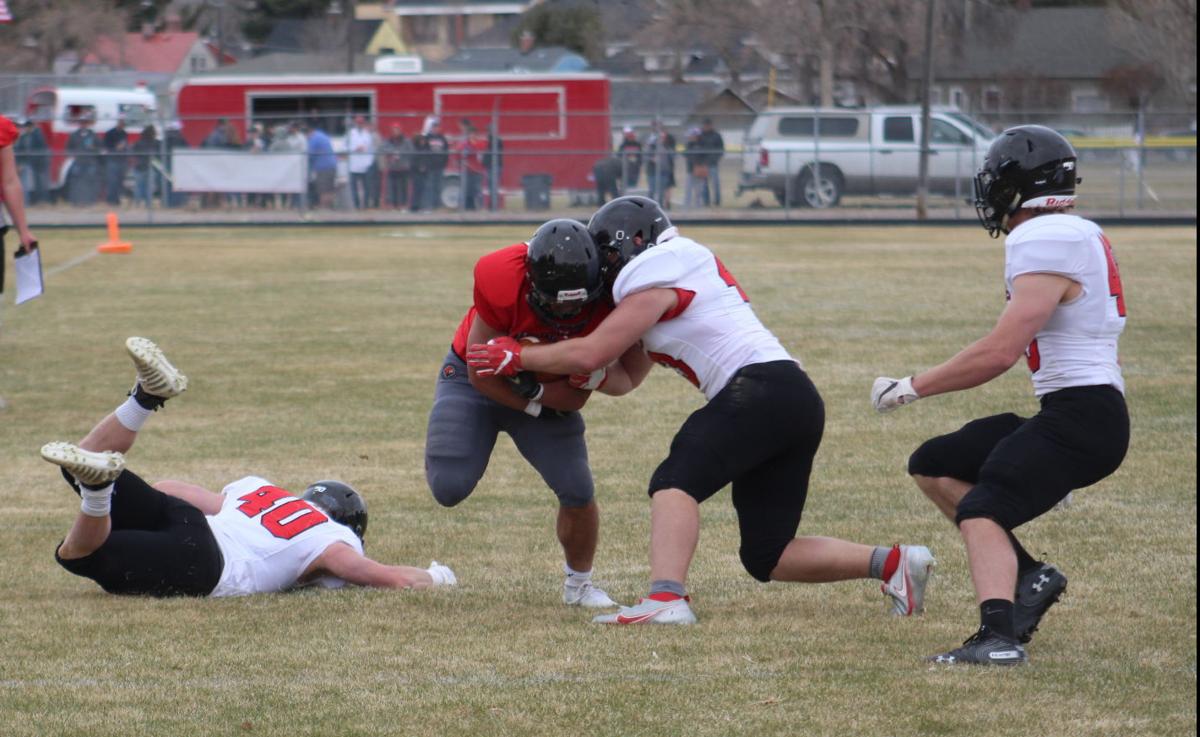 DILLON — For the first time in more than a year, Vigilante Field was filled with Montana Western football fans for the annual spring game Saturday, where the team worked out kinks and senior athletes were honored.

"It was great having people back in the stands, just seeing people out and being involved, that's what it means to be a Bulldog,"  said Montana Western coach Ryan Nourse. "We take care of each other and support each other. It was awesome to share that with everyone today."

The game kicked off around 1 p.m. and included full-contact play, with few exceptions including quarterback runs and kickoff returns. The Bulldogs looked seasoned defensively, coming up with four interceptions and nearly completing a safety.

The Bulldogs' offensive performance was a different story, though. While the offense has high expectations going into conference play this season, coach Nourse said they have much left to figure out.

"Overall I'm pleased with the defense, especially the secondary," Nourse said. "But offensively I'm highly disappointed. A few guys showed up, but not enough to where we could say we'll win a conference championship."

"It was poor timing, guys didn't come to compete today, but we'll get after it on August 4," Nourse continued. "We haven't thrown an interception in four straight spring games and we threw four today."

Montana Western's schedule has not been released yet and players will have some time off, with the spring game concluding their camp. One of those players is quarterback Jon Jund, a redshirt junior.

Jund, the expected starting quarterback this season, has shown flashes of speed carrying the ball in addition to his traditional quarterback skills. He has started every game since his freshman season and was named second-team all conference in 2019.

"I'm happy people got to watch us play, I didn't play too great today but that's how it goes sometimes," Jund said. "I wasn't proud of some of my decision making at quarterback, got to have confidence throwing the ball."

"I believe we're the team in the Frontier Conference," Jund continued. "We could've easily won the conference last year and I think this year we have the team to do it."

Jund said the team has used a tough loss from last season against Carroll College as motivation for the upcoming season. The Bulldogs were only a few plays away from victory, but lost 33-29 and damaged their chances at a conference championship.

The returning and improvement of the receiving core was a point of confidence for Jund. He also praised the two incoming running backs, Colten McPhee and Reese Neville.

"We have a lot of guys back and the receiving core probably looks better than it ever has since I've been here," said Jund. "Two great runnings backs are in with Colten McPhee and Reese Neville. We look good and I think we'll win the conference."

McPhee, a redshirt freshman from Columbia Falls, got valuable experience getting carries in the spring game, as did Neville, a redshirt senior from Yerington, Nevada.

While the team has much to learn and many areas to improve, Lund said the most important and unique aspect of the team has been brotherhood and togetherness.

"The brotherhood makes it special, everyone is super close. I don't know of a guy I don't like on the team," said Lund. "We're all having fun and working hard together, we grind you know. Everyone loves everyone."

The Orediggers began a 15-day spring camp Friday to prepare for the season. It was the first time they have hit the field as a team since 2019.