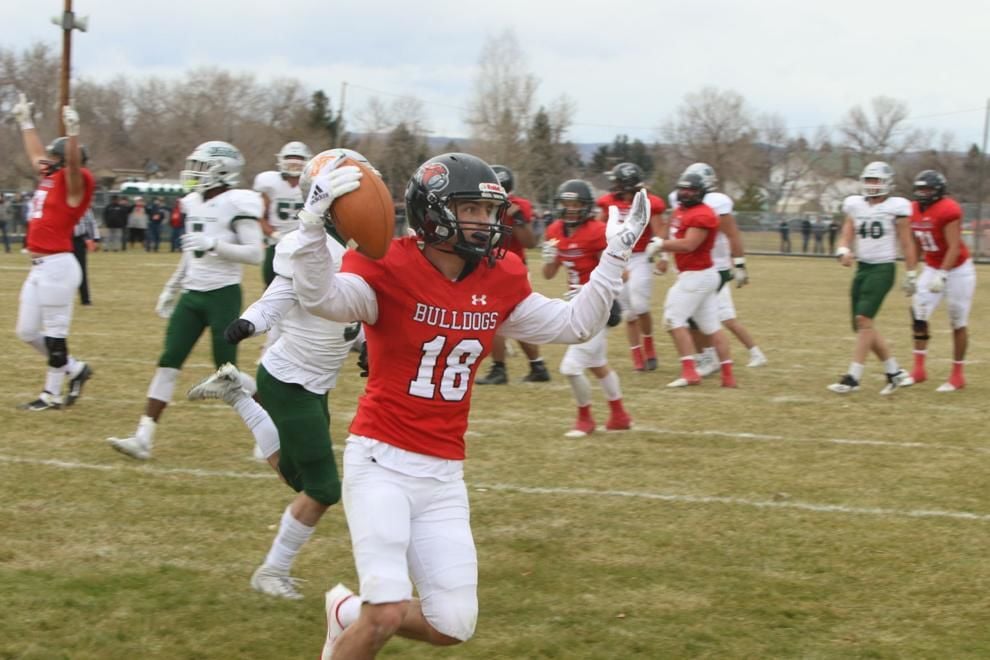 Nate Simkins celebrates a touchdown against Montana Tech on Nov. 6 in Dillon. 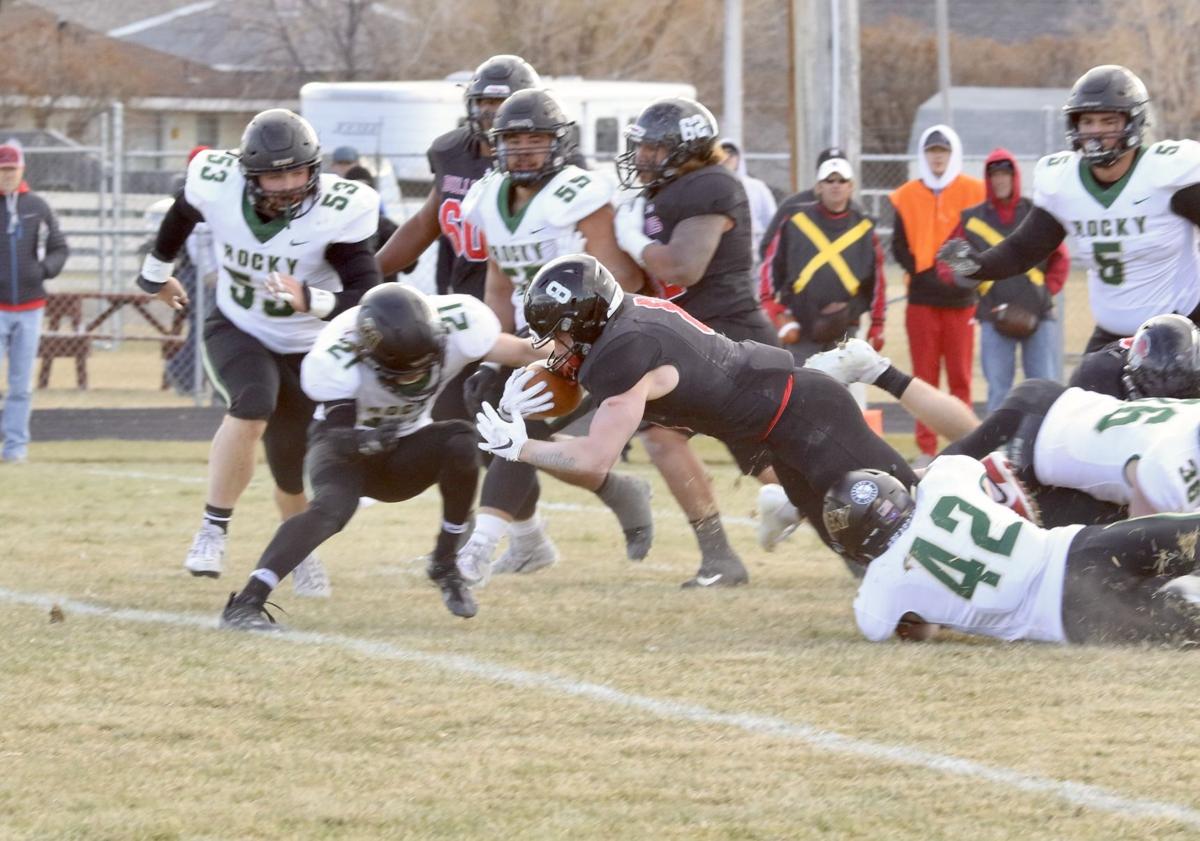 Colten McPhee dives toward the goal line during the season finale win over Rocky Mountain College in Dillon.

Nate Simkins celebrates a touchdown against Montana Tech on Nov. 6 in Dillon.

Colten McPhee dives toward the goal line during the season finale win over Rocky Mountain College in Dillon.

BUTTE — After defeating Rocky Mountain College in double-overtime to conclude the regular season, Montana Western earned a share of the Frontier Conference title and a first-round playoff matchup against top-seeded Lindsey Wilson on Saturday.

The playoff appearance will be the first for the Bulldogs (8-3) since 2002. They will travel to Columbia, Kentucky, to take on the Blue Raiders (10-0) at 6 p.m.. Lindsey Wilson won the NAIA National Championship last year.

"Well I think we got here because of our fight. That's what I think has been impressive for our guys because they've battled all year," Montana Western coach Ryan Nourse said. "There were points in the year where we had some disappointments but they stayed the course. They kept believing, they kept on working and now we're here."

Montana Western won the Frontier Conference title alongside Rocky Mountain College and the College of Idaho in a three-way tie. Because Western finished in the top-20 of the last NAIA coaches' poll — while the Battlin' Bears and Yotes finished outside the top-20 — the Bulldogs won a tie-breaker that pushed them into the playoffs.

"In the Frontier Conference you always have a tough schedule. We lost a few games because we've faced really good competition," Nourse said. "For them, they've faced no good competition. So I think if we perform like we know we can then they're in for a challenge, for sure."

Lindsey Wilson ended their season with a 49-0 shutout victory over the University of the Cumberlands. It was the fourth shutout of the season by the Blue Raiders, who scored an impressive 77 points over Campbellsville University on Nov. 6.

"They're the defending champions for a reason you know, they're a really good team," Nourse said. "It starts with their quarterback but they have talented players all over the field. But I know we're not like anybody else they've played, they're going to see things they're not accustomed to."

Montana Western quarterback Jon Jund went four games without throwing an interception before he threw three in the season finale against Rocky Mountain College. But he also threw for four touchdowns and 328 yards in the game, which was crucial in the Bulldogs' winning effort.

Jund will likely target receiver Nate Simkins on Saturday, who caught nine passes against Rocky Mountain College for 159 yards and three touchdowns. Simkins broke the school record for receptions in a career after the performance.

"We've had a really strong back half of the season and we've been playing the best football we've played all year," Nourse said. "They've already showed that their going to keep fighting and are willing to put in the work. It's a very exciting opportunity for our program."

In addition to his passing, Jund has shown versatility at quarterback. He ran for 85 yards and two touchdowns against Rocky Mountain College, while Reese Neville ran for 227 yards and a touchdown.

Nourse also praised the effort of younger players, including redshirt freshman running back Colten McPhee. He said that making the playoffs is not only an opportunity for the current team to be rewarded for their work, but for younger players to see what is possible at Montana Western.

"Most of these guys came into our program when we were on the cusp of becoming something special," Nourse said. "They have always bought in and their work ethic and effort has been so impressive."

"It's been great for the younger guys to get this experience," Nourse continued. "They've gotten to learn from some of the guys who've done this for a while and they've shown tremendous promise already this season. Really it's about making this program and this community proud, and I think these guys have done a great job of that this year."

In addition to reaching eight wins for the first time since 1995, the Bulldogs learned Sunday that they would be representing the Frontier Conference in the NAIA Football Championship Series