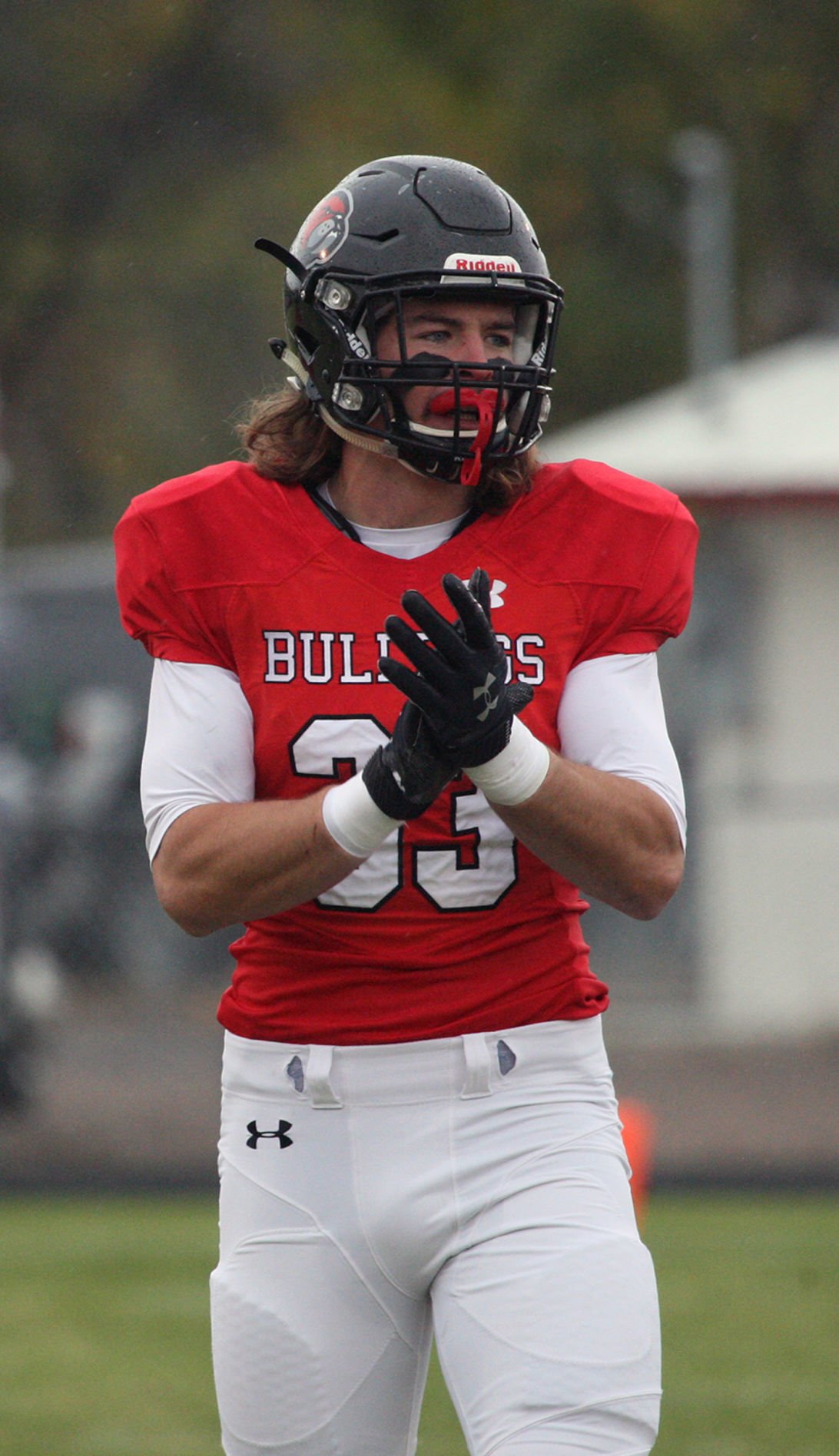 Jason Ferris talks to the Montana Western defense in the midst of the Bulldogs' 49-13 Saturday win over Eastern Oregon at Vigilante Field. 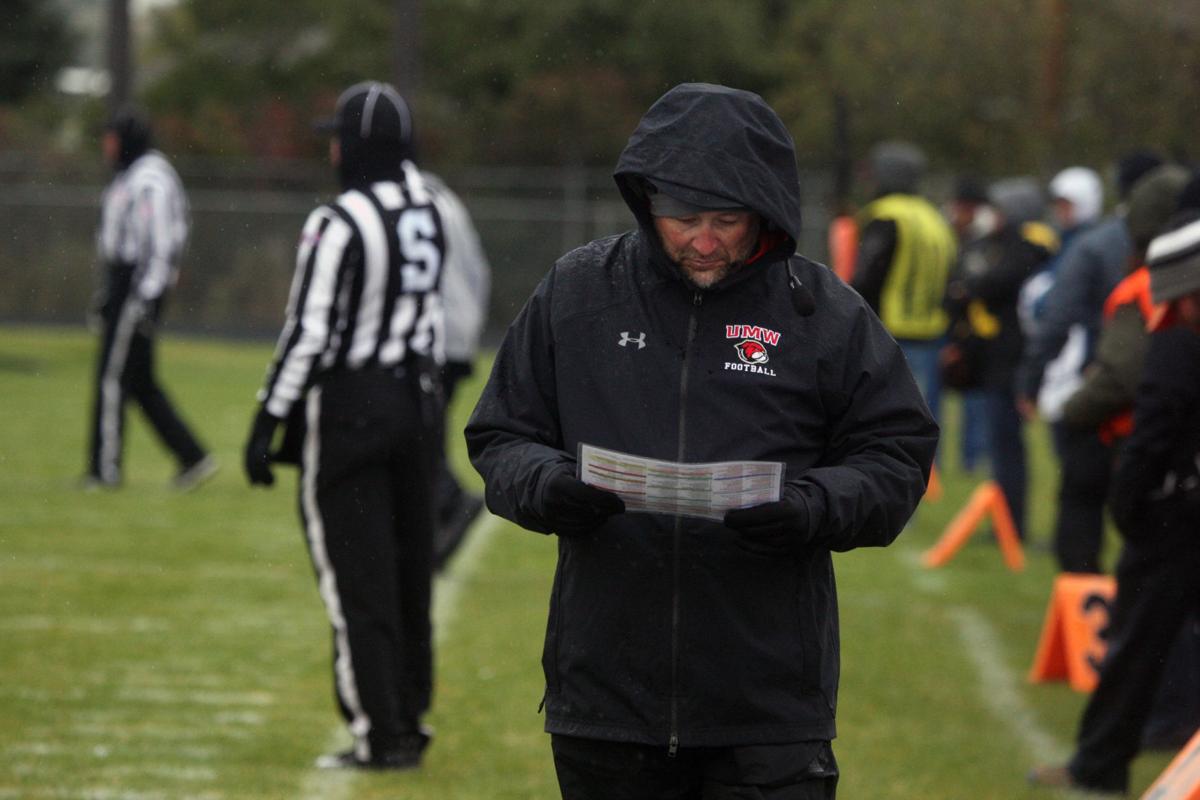 Jason Ferris talks to the Montana Western defense in the midst of the Bulldogs' 49-13 Saturday win over Eastern Oregon at Vigilante Field.

The historical and emotional landscape of the near 100-year battle between Montana Tech and Montana Western features several twists and turns, but, even in 2019, the differences between Butte and Dillon are taking on new meaning through the “Digger-Dawg” matchup.

“You kind of grow up feeling that [cultural] difference,” said Western linebacker Jason Ferris about Butte and Dillon.

“Butte was our rival in high school, Tech’s our rival in college. We’ve always grown up with that little grudge in the rivalry, but it’s funny because a lot of guys I faced in high school are now my teammates at Western and they’re some of my best friends. Not too much difference once you scratch off the paint.”

The modern day has seen the 60-mile distance between the towns shorten, especially through football.

Dillon Beavers go on to play for the Orediggers, and Butte Bulldogs and Butte Central Maroons head over to Vigilante Field to suit up for the Bulldogs. For Central alum and Bulldog linebacker Kyle Schulte, it’s a family affair.

Schulte followed his older brother and current Western assistant, Connor, to Dillon, and the redshirt junior has no regrets over choosing the Bulldogs over the Orediggers, despite Tech offering him first.

“I love it down here,” Schulte said. “I got to come play with my brother for a couple of years, and it’s just been awesome. We have a culture at Western that’s really close, we’re like family. We break out of practice and games with our, ‘Dog Family’ saying, and we mean it because we’re all brothers.”

If Schulte is the prime example of a player who transitioned from Butte to Dillon, then Ferris is the story of the opposite.

The redshirt senior has resided in Dillon his whole life, and his experience in the Tech-Western rivalry is pretty much exclusively located in Beaverhead County.

“Growing up,” Ferris said. “I never got up to Butte very much but would watch Tech-Western in Dillon quite a bit. The rivalry is always going to be there, even when you try and not think about it too much.”

One of Ferris’ only trips down to the Mining City was for the first game played at Bob Green Field after its official dedication in 2013, when Western spoiled the party with a 29-22 victory.

Interestingly enough, the game also happens to be one of Schulte’s most memorable games from his childhood.

“I only saw a couple [Tech-Western] games growing up,” Schulte said. “When they rebuilt and new turf was put in at [Bob Green Field], I’m pretty sure Western and Tech played the first game on it, and I definitely made it to that one.”

The two friends now line up together for the Bulldogs, and have considerably less time to enjoy it as players.

The mentality of head coach Ryan Nourse and his team this year is to treat each game with the same respect, even when a trip to Tech is the next job up.

Besides, Western can’t afford to jeopardize their perfect start with context. The Bulldogs are 4-0 for the first time under Nourse, climbing to No. 15 in the NAIA Coaches’ Poll.

“No we can’t do anything any different from what we do each week,” Nourse said. “We haven’t really talked much about it and we try to focus on being excited for each game rather than let the anxiety of a game like this get to us.”

Ferris is in agreement with his head coach, well aware of the fact that this is his last rodeo for the Bulldogs.

“It’s another game we have to show up to,” Ferris said. “We have to keep playing as well as we have. We try to put the rivalry aside and not worry about who Tech is and treat it like another opponent on the schedule.”

But as Nourse said, the mindset, likely for both sides, is excitement rather than anxiety. Positive, rather than negative, is something that doesn’t just define the Western mentality, but the game as a whole.

Tech-Western is the bringing together of families, as seen by Schulte’s return to his home, as well as the pure enjoyment of competition rather than bragging rights.

“It’s a rivalry,” Schulte said. “But it is all respect and I don’t think there’s any bad beef between us. I have a few buddies that play for Tech and we definitely talk a little smack to each other, but it’s all in fun.”

Fun. Rivalry. Maybe somewhere in between. Either way, there’s only one place to be on Saturday at 6 p.m.

A defensive battle? Montana Tech and Montana Western could be an important slugfest

BUTTE — The NAIA National Game of the Week will be played in Butte on Saturday and a better script could not be written.