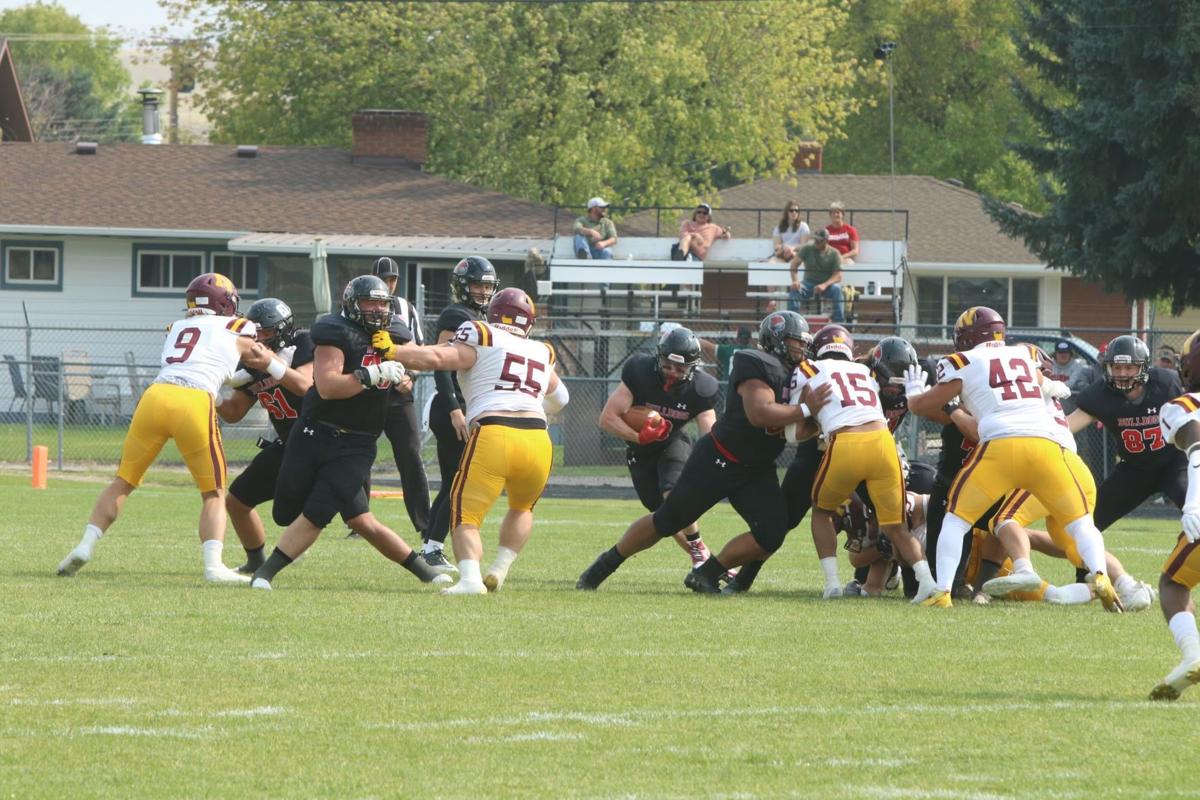 Montana Western's Colton McPhee running the ball in his first college start against MSU-Northern on Saturday. 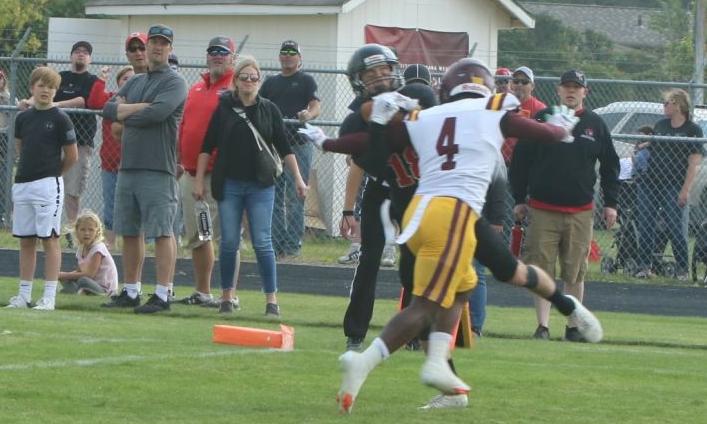 Montana Western's Nate Simkins coming down with a difficult catch in Saturday's game against MSU-Northern.

Montana Western's Colton McPhee running the ball in his first college start against MSU-Northern on Saturday.

Montana Western's Nate Simkins coming down with a difficult catch in Saturday's game against MSU-Northern.

BUTTE — The Montana Western Bulldogs won their third game of the season against MSU-Northern 42-28 on Saturday afternoon. While the win was a pleasant end to the Bulldogs' homecoming game, coach Ryan Nourse said his team has plenty to work on.

"We're consistently inconsistent," Nourse said. "We give away momentum in a football game like Santa gives away gifts."

MSU-Northern will look for their first win of the season on Saturday when they host Rocky Mountain College at 1 p.m.. Montana Western will travel to Butte for a game against Montana Tech (1-2) at 1 p.m..

Montana Western was not successful on its first two drives but made a big play on special teams, forcing a fumble on a punt return which gave the offense the ball in great field position. Quarterback Jon Jund found Nate Simkins on a 20-yard pass for a touchdown on the next play, which gave Montana Western a 7-0 lead.

Reese Artz recovered an MSU-Northern fumble late in the first quarter. The fumble recovery led to seven points by a Colton McPhee rushing touchdown. Jund found Simkins twice more for touchdowns in the second quarter, as Montana Western held a 28-0 lead at halftime.

"We played a solid first half and then stopped playing football, we got sloppy," Nourse said. "We got slow in the second half, we're the same squad we were. We can play good and hard for two quarters then after that it's anybody's guess."

Jund's pass was intercepted early in the third quarter but MSU-Northern failed to answer it with points. But on MSU-Northern's next possession, Izayah Boss ran for a 50-yard touchdown scoring MSU-Northern's first points of the game.

Isaiah Paul intercepted Jund again and returned it for a touchdown as time expired in the third quarter. Western led 28-14 after three quarters.

"I told them to come out and play football and to play hard in the second half and that didn't happen," Nourse said. "Our quarterback made some terrible reads and that just gave them life. Momentum just totally changed."

"I'm going to emphasize the same thing we've emphasized for weeks," Nourse said. "We have to base success off doing our duty, we have to play every play. Whatever we do we have to work hard, I can't find the motivation to make us play four full quarters of football to put a winning effort together."

Despite his frustrations, Nourse said he was proud of his offensive line for protecting both the run and the pass on Saturday. MSU-Northern helped out the Bulldogs as they committed ten turnovers which amounted to 152 yards.

MSU-Northern outgained Montana Western 429-412. Both offenses had a balanced approach between the run and the pass. Jund threw for 196 yards, four touchdowns and three interceptions while Cureton passed for 218 yards, one touchdown and one interception.

McPhee finished with a game-high 160 rushing yards while MSU-Northern's Boss ran for 122 yards and two touchdowns. MSU-Northern (39:13) had possession twice as long as Montana Western (20:47).

"Colton McPhee made his first college start today and had a great game," Nourse said. "He was physical and did everything he needed to do. Our kicking game was good too even though we had 20 mile-per-hour winds throughout the game."