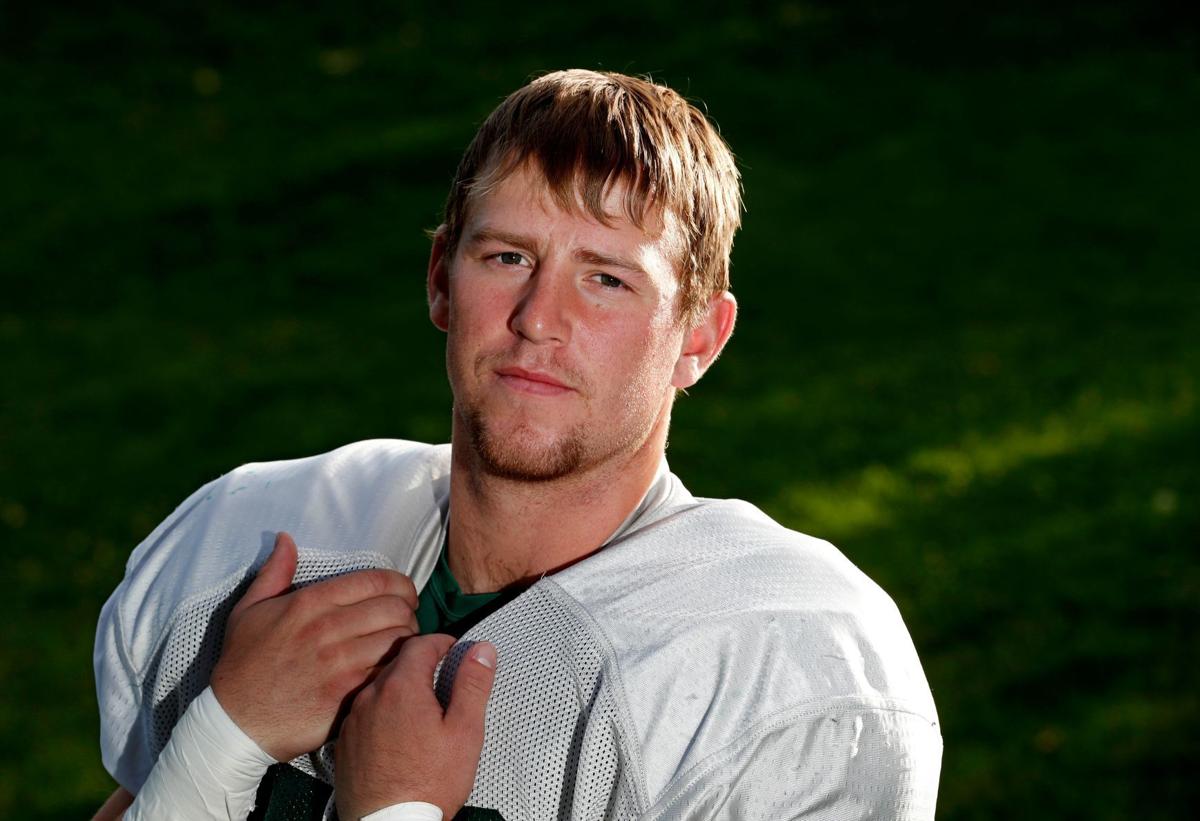 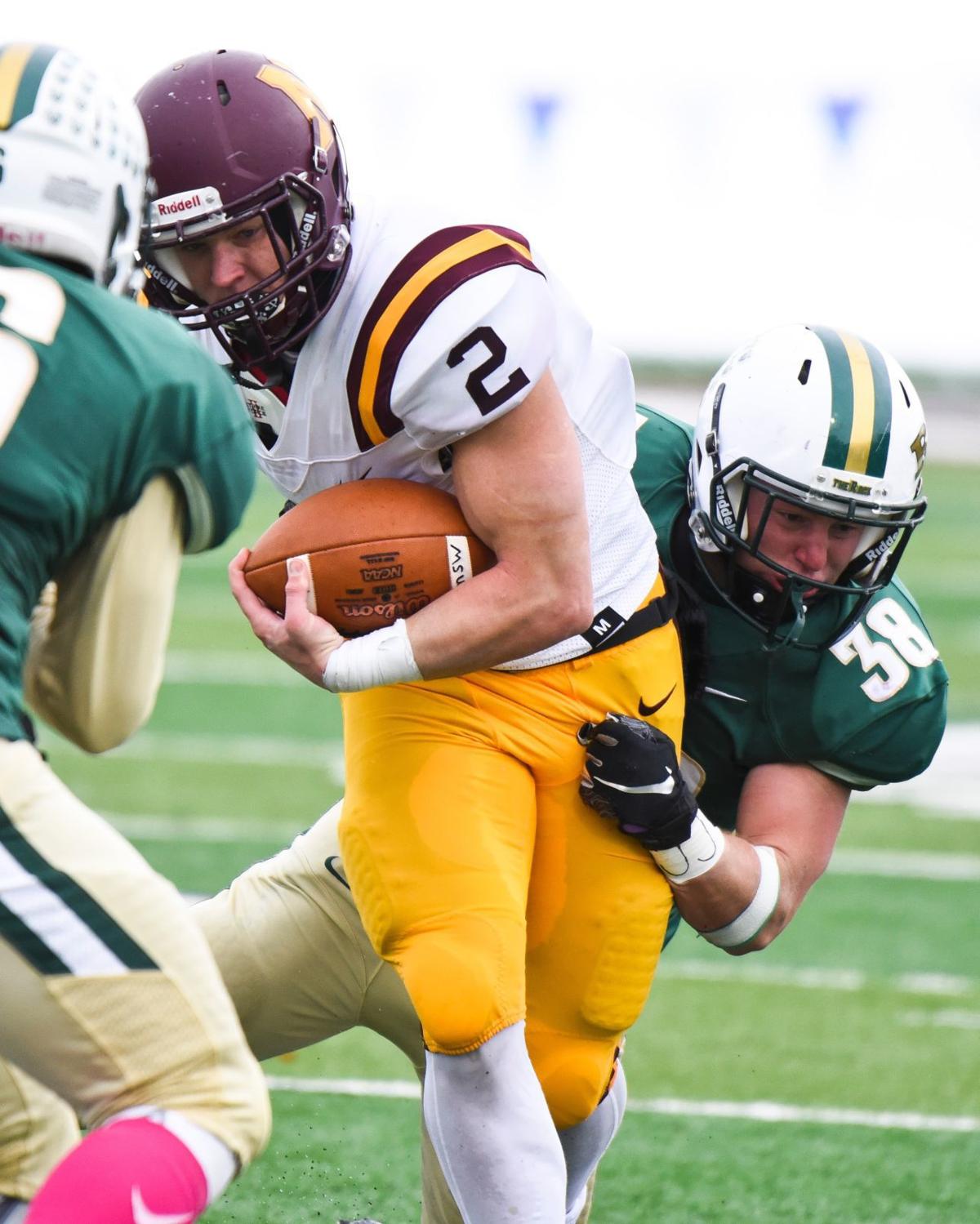 Shane Larson (38) of Rocky Mountain College brings down a ballcarrier from Montana State-Northern during a game last season.

Shane Larson (38) of Rocky Mountain College brings down a ballcarrier from Montana State-Northern during a game last season.

BILLINGS — On Thursday night, Shane Larson is going to get paid.

The payment is product of five years of sweat equity, of sleepless nights and most importantly, of pride and perseverance.

Of all the players on the Rocky Mountain College football roster, Shane Larson will savor the moment the most.

He should. Larson’s waited the longest.

Larson, a friendly fifth-year senior from Conrad, will line up at outside linebacker for the Battlin’ Bears when they open the 2019 season against Dickinson State in North Dakota.

“It’s paid off,” Larson said. “I don’t like to quit anything. There were definitely times I was thinking about quitting. I’ve stayed because of family. I wanted to make my family proud and my town proud.”

He has played for three different head coaches — Brian Armstrong, Jason Petrino and now Chris Stutzriem — during his time at Rocky.

“You’ve got to prove yourself every time,” Larson said of the coaching changes. “You learn new terminology, new schemes … it’s kind of nerve-wracking. But it can be a chance to show yourself again.”

His roughest year was 2016 when he was initially left off the travel squad.

“That was pretty rough,” Larson admitted.

After a few discussions with his father Ken, instead of walking, Larson took care of the problem himself.

“I worked my ass off and made it for special teams,” he continued. “It was a pretty rough year, I’d say.”

He came back in 2017 and found the field for 13 total tackles, four solo and nine assists.

Last year, he registered 18 tackles — eight solo and 10 assisted — for the Frontier Conference champions. He also had 1 1/2 tackles for loss and a quarterback sack. Larson also had two kick returns.

“You can always count on him,” said Stutzriem. “He comes out and works hard every year. We’re expecting great things from him this year.

“Shane’s a true definition of a Battlin’ Bear.”

The 6-foot, 200-pound Larson was originally recruited as a safety and converted to linebacker his second season. His primary responsibility is to be lined up against a receiver — “Which is kind of hard to believe since I’m not the most athletic guy,” he said with a smile — and provide help against the run.

“I like hitting people … ringing the bell a little bit," he said.

Larson is one of the oldest players on the team — he turns 23 in September — and just one of eight seniors on this year’s roster.

“All these freshmen, they were in eighth grade when I was a freshman here,” he said, having a little fun with his situation. “I like to think we have a lot of young guys with talent on the offensive side and they have some experience. I think we’re still going to be pretty dang good.”

One of the younger players is his brother Kale, a fullback on the roster.

“It’s pretty cool. We got to play together in high school and now college,” said Larson.

An education major with a minor in mathematics, Larson will do his student teaching this spring.

Both parents are educators, with his father the principal at Roundup High School.

And this summer provided a reminder that college life is not so bad.

He worked for Builder’s FirstSource in Billings, loading lumber for contractors, making deliveries, driving a forklift and helping customers. And on occasion, he helped load 100-pound packages of shingles on roofs.

“You realize you’d rather be at practice,” said Larson.