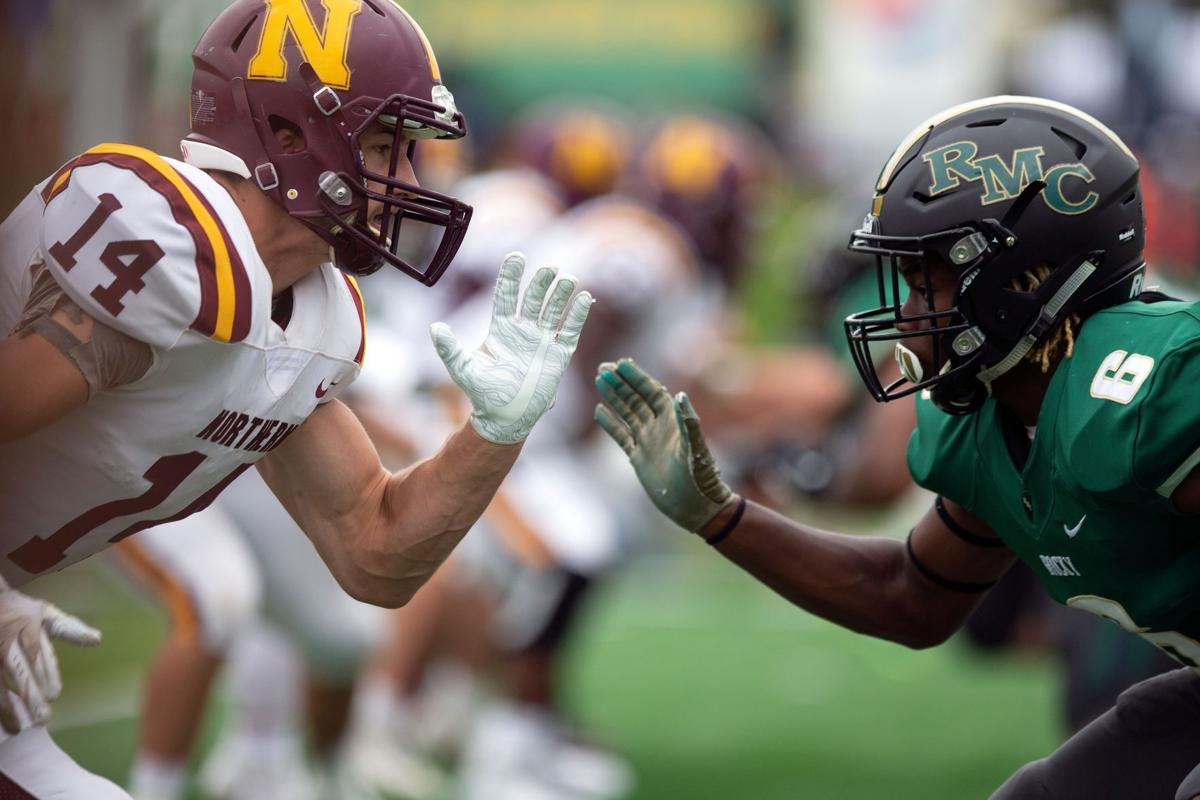 Rocky Mountain College, MSU-Northern and the rest of the Frontier Conference are now scheduled to begin their spring football season in March. 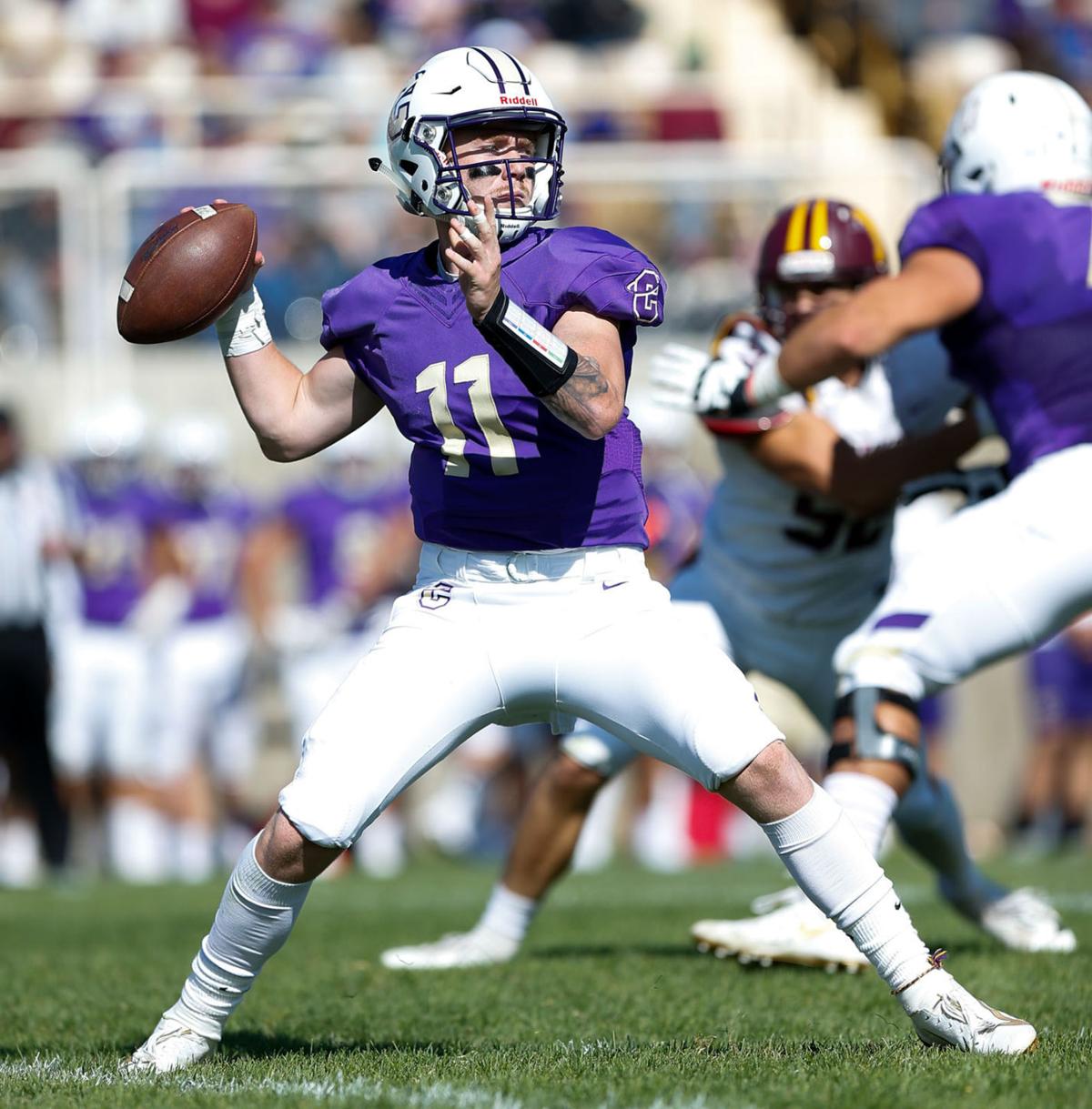 Carroll’s Devan Bridgewater looks for an open receiver during a 2019 game against MSU-Northern at Nelson Stadium in Helena. 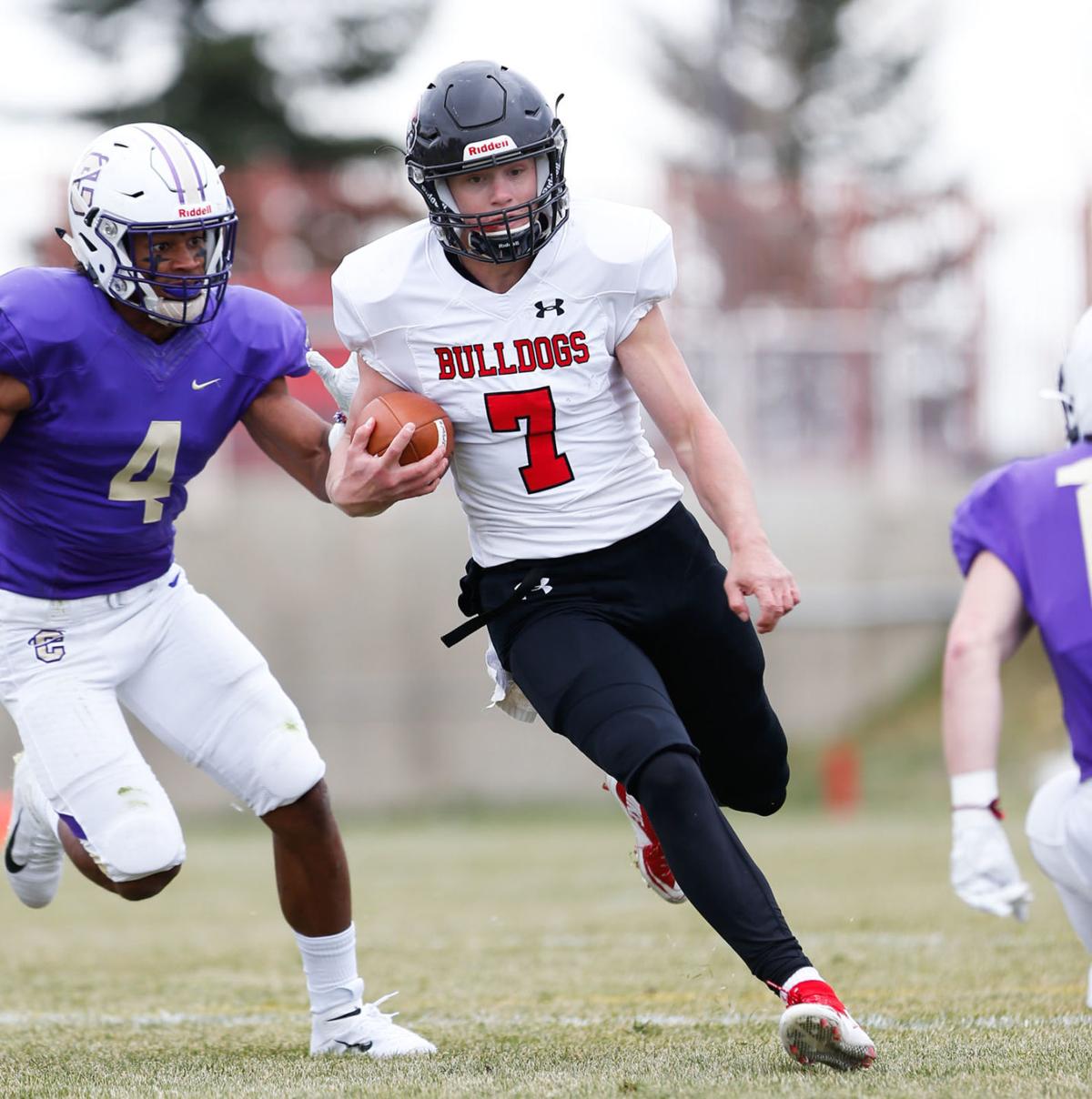 Montana Western quarterback Jon Jund runs the ball against Carroll during a game in 2019. 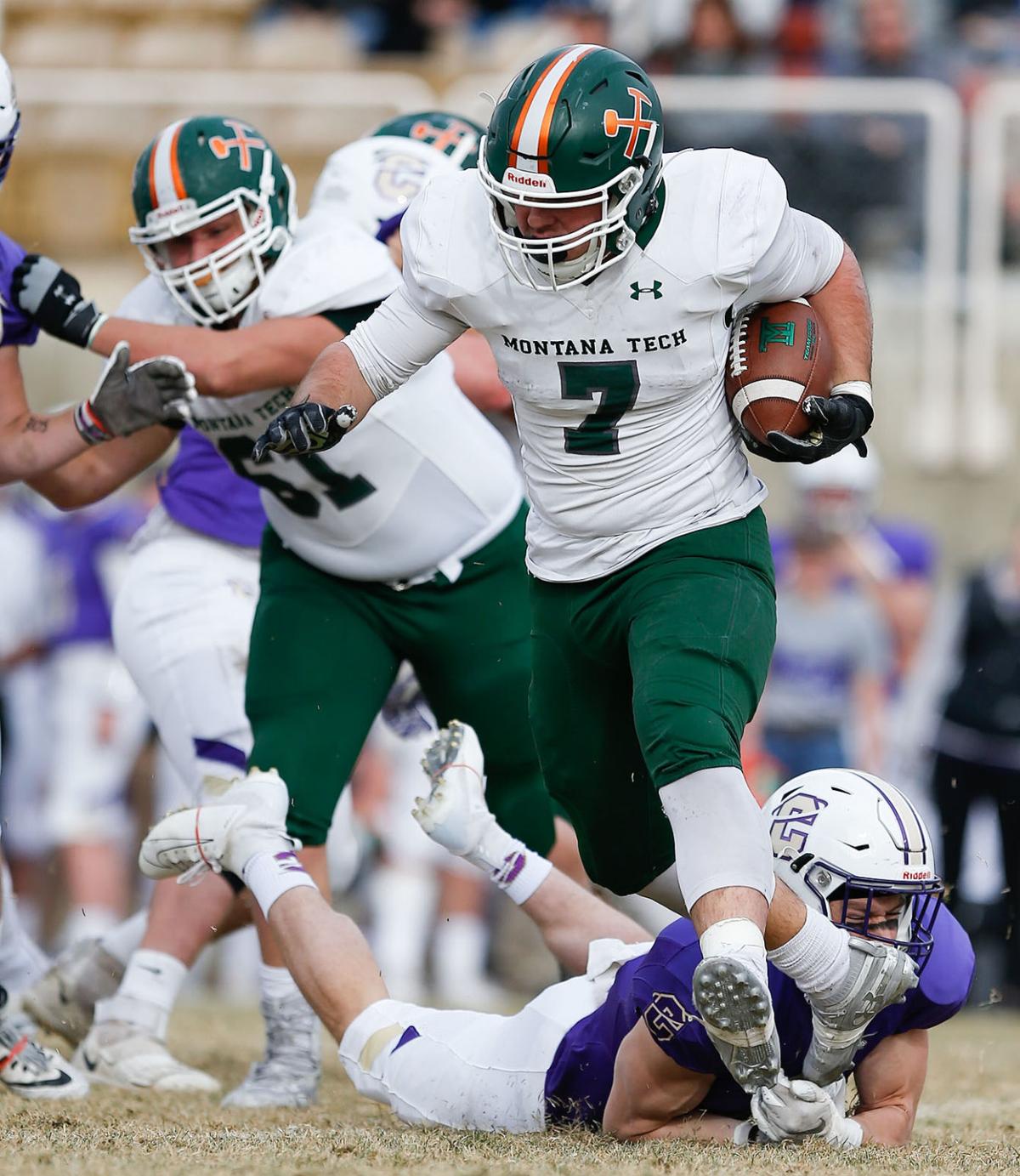 Montana Tech’s Blake Counts runs the ball during a game in 2019 against Carroll. 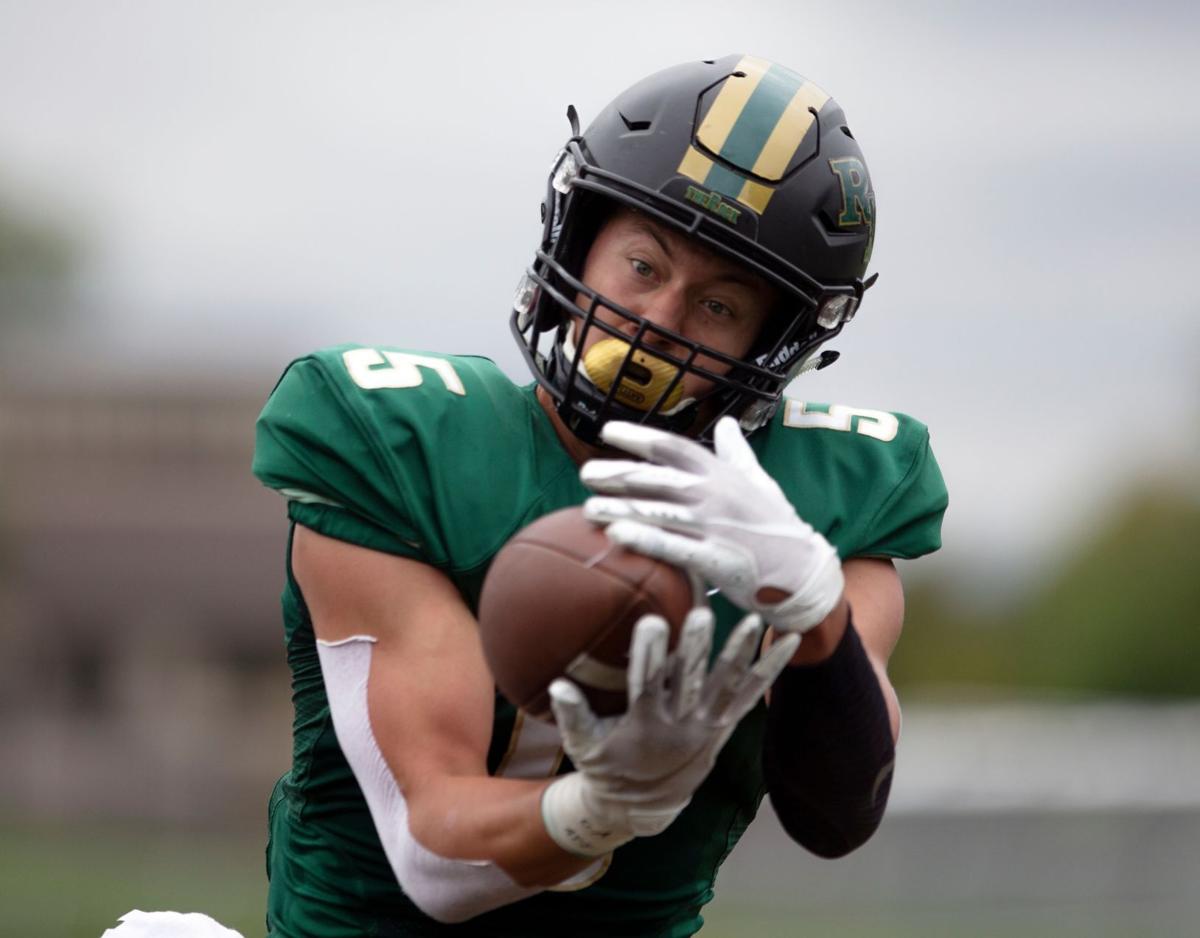 Rocky Mountain College, MSU-Northern and the rest of the Frontier Conference are now scheduled to begin their spring football season in March.

Carroll’s Devan Bridgewater looks for an open receiver during a 2019 game against MSU-Northern at Nelson Stadium in Helena.

Montana Western quarterback Jon Jund runs the ball against Carroll during a game in 2019.

Montana Tech’s Blake Counts runs the ball during a game in 2019 against Carroll.

BILLINGS — Spring football is still a go for the Frontier Conference, albeit with another twist.

The league on Thursday announced that it has pushed back the planned start of a retooled season, marking another adjustment in the effort to play amid an ongoing pandemic.

In a league-issued press release, the Frontier stated its intention now is to begin an abbreviated football schedule on March 13 with the final games being played April 10. The new format will allow for up to five games per team, according to the announcement, although most appear to content to play four.

The updated plan was approved by the Frontier's Council of Presidents during a conference call Thursday afternoon.

"This gives you a fighting chance to not be too worn out or too beat up for next fall," Rocky Mountain College coach Chris Stutzriem told The Billings Gazette and 406mtsports.com. "I think it's in the best interest of everybody. Obviously we want to play as many games as possible, but we're just going to go day by day and do the best we can."

The Frontier decided against playing football in the fall due to concerns over the coronavirus outbreak. Originally, the spring schedule was set to begin Feb. 27 and feature as many as six or seven games per team.

The conference listed three factors for its latest adjustment, the release stated: The goal of assuring continued student-athlete safety, weather concerns affecting outdoor sports, and the need for proper facilities sanitation while maintaining adaptability, creativity and flexibility for scheduling.

The earliest date practices can begin is Feb. 15, according to the league. All eight of the conference's football-playing schools are expected to participate in the spring schedule.

As of now there is one game listed on the conference's website for March 13, a matchup between Montana State-Northern and the College of Idaho to be played in Caldwell, Idaho. MSU-Northern and C of I are the only squads that list five spring games.

When reached by 406mtsports.com, Montana Tech coach Kyle Samson said his team will play a four-game schedule, though he conveyed disappointment that his seniors will have fewer opportunities to compete.

"Honestly, the first thing that comes to mind is the No. 1 group this affects is our seniors," said Samson, whose team is set to open at MSU-Northern on March 20. "Now that it’s (only) a four-game schedule it’s hard for them, but we’ve got a great group."

"We’re just trying to have our guys in the best shape possible to get them ready to go," Samson said. "I think the hardest thing is the unknown, but we’re going to fully try to get ready and keep taking it one day at a time."

According to a release from Frontier affiliate member Eastern Oregon, each team has the option to schedule non-league games in addition to its conference lineup, barring virus restrictions, but that those contests must take place prior to March 20.

"I think having a four-game schedule pushed back a little bit is a great opportunity to get the guys some good reps and get the Frontier Conference rolling again, and have an opportunity to get better and have a conference champion," Purcell told 406mtsports.com. "Somebody gets to move on in the postseason.

"We’re just excited here at Carroll to have that opportunity to have these guys play."

The schedule as listed on the Frontier website is as follows:

March 13: MSU-Northern at College of Idaho.

The NAIA football playoffs are scheduled to begin April 17, with the national championship game to be played May 10 in Grambling, Louisiana.

“Along with aiding the schools and athletic conferences in numerous regions of the country, the NAIA has given a great amount of leeway in competition planning,” Frontier commissioner Kent Paulson said in the press release.

“That leeway will allow for conference championships, a pathway to postseason play that leads to an opportunity to win a national championship. We hope in the upcoming months to turn the corner in addressing this (COVID-19) virus and conclude the 2020-2021 athletic year on a positive note.”

It is the second consecutive weekend in which games have been called off for Rocky.