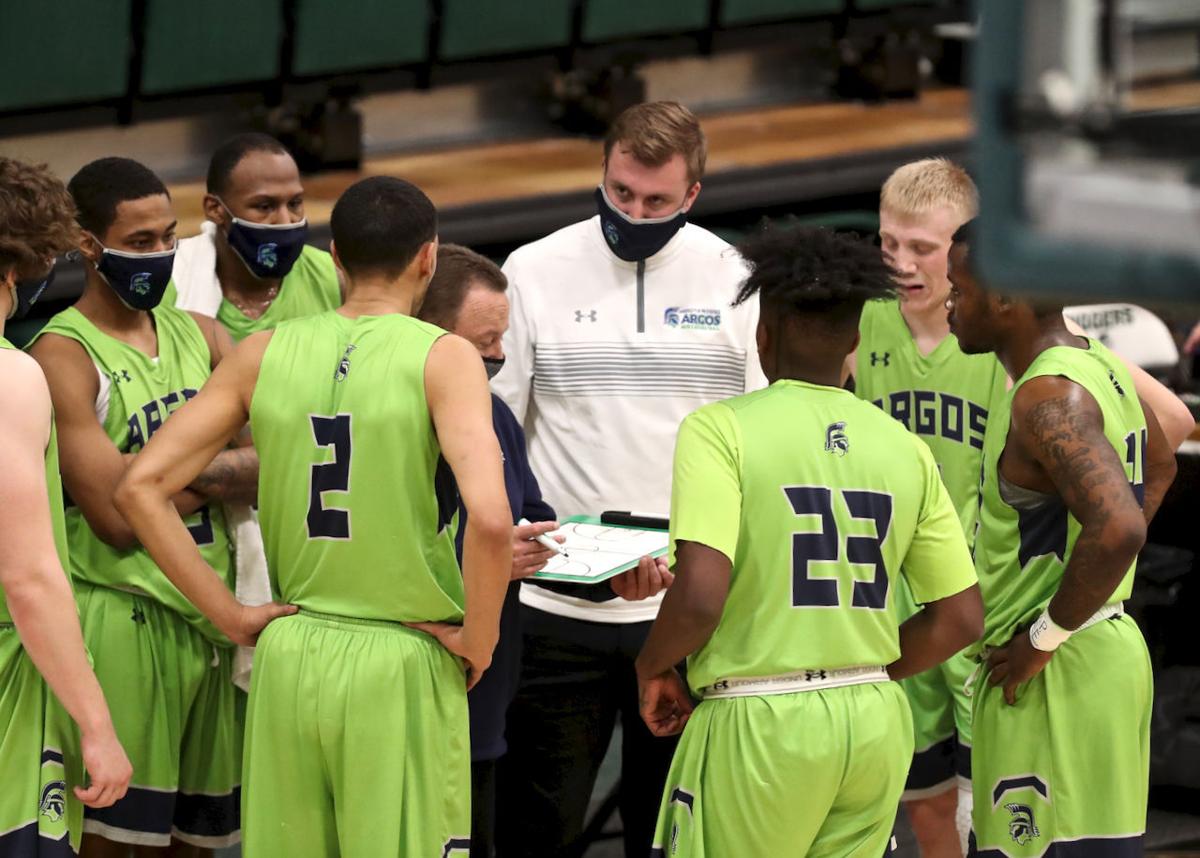 Tyler Hurley in the huddle with the Providence basketball team during a game last season. 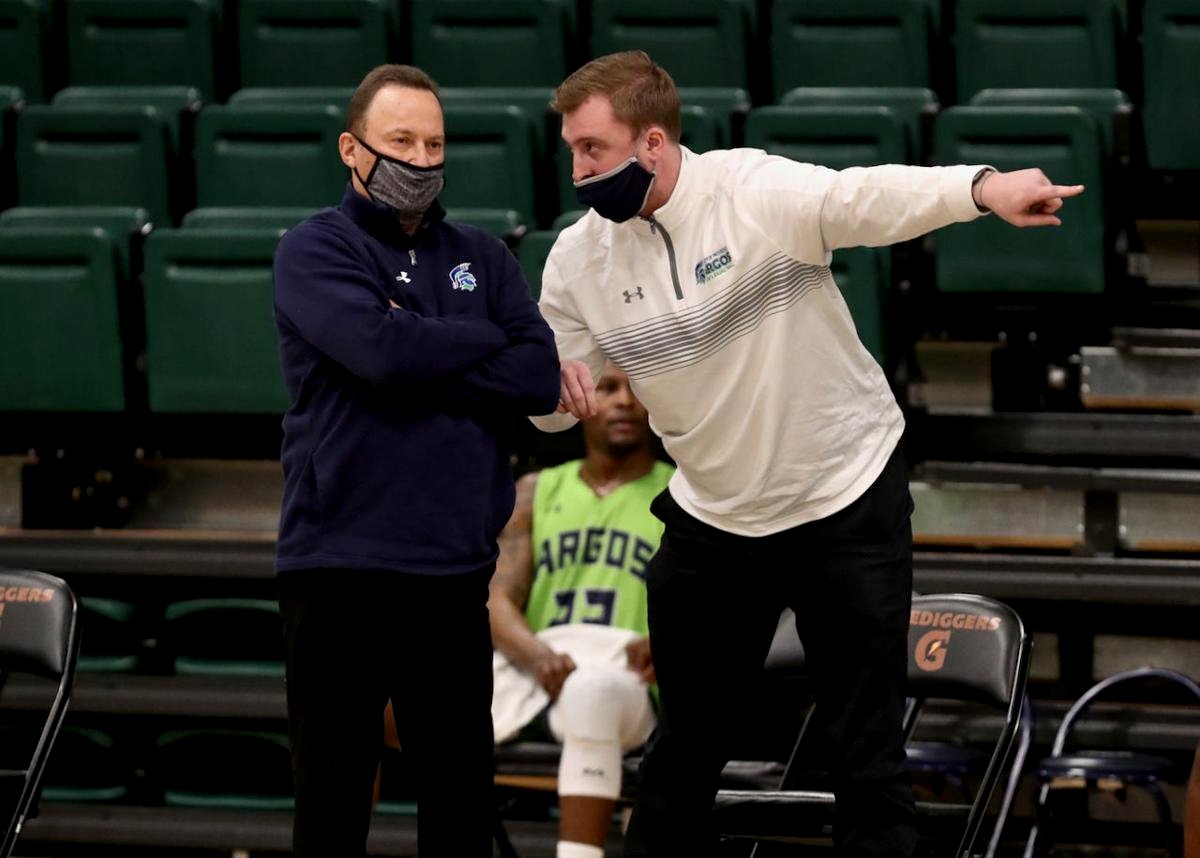 Tyler Hurley in the huddle with the Providence basketball team during a game last season.

BUTTE — Anaconda native Tyler Hurley was added to The University of Providence coaching staff last season, but his love for coaching came long before the job. He called his coaching career thus far a "full-circle experience".

Hurley played basketball at Anaconda High School for four years. It was at Anaconda that his skills were noticed by some of the biggest collegiate programs in the state.

"I got to play with a lot of good players at Anaconda," Hurley said. "It was a really good time looking back on it."

Rather than having a specific area of expertise on the court, Hurley said the time he spent toward improvement made him stand out as a recruit. With an established relationship with coach Wayne Tinkle, Hurley committed to The University of Montana in 2007.

Playing Division I basketball was always a dream for Hurley. While he reached that dream with the Griz, he soon noticed that there may be a better fit for him elsewhere.

"I redshirted my first year and didn't play a whole lot my second year, that's why I ended up transferring to Western," Hurley said. "Two of my best friends played there and I wanted to play with them. I just wanted more minutes."

Hurley joined Montana Western in 2009 and played there until 2012. Under coach Steve Keller, Hurley helped the Bulldogs get to three NAIA National Tournaments where they reached the Sweet 16 twice.

Named to the Frontier Conference 1st Team in 2012, Hurley found the playing time he had hoped for. Montana Western also provided an atmosphere he cherished, which made the transfer process much easier.

'I think it was the familiarity with the players, I had played against a bunch of them in high school," Hurley said. "Some of them, we were together from the eighth grade on, whether it be spring tournaments or the regular season or just hanging out."

"Not to say I didn't have that with the Griz," Hurley continued. "It just felt more familiar, I really had the family atmosphere at Western."

Like many young college students, Hurley changed his major multiple times and struggled to find exactly what he wanted to do. With a desire to coach and remain around the game of basketball, he left Montana Western with a teaching degree.

Hurley had his first coaching opportunity as an assistant at Anaconda High School. He was a student-teacher at the time, when the basketball program underwent an inspiring rebuild under coach Bill Hill.

"It was fun to work with them and see the career Bill ultimately had," Hurley said. "It taught me how different it is when you're coaching compared to playing. There's things that you don't think are a big deal as a player but as a coach you see it a little differently."

With a determination to continue growing as a coach, Hurley accepted his first collegiate coaching job at Casper College (Wyoming) in 2015. Hurley spent three years there as an assistant, helping the team to three Region XI Tournaments and one Region XI Championship, the school's first in 23 years.

Hurley coached under Dan Russell, who left Casper for an assistant coach position at Montana State after the 2018-19 season. After the run of success at Casper, Hurley found a new position at New Mexico Junior College.

"Looking back, my time in Casper was a terrific time," Hurley said. "From there I went to New Mexico College. I spent a year there and after that, I realized I wanted to get closer to home."

While a job in Montana was not available at the time for Hurley, he relocated to Sheridan College in Wyoming. But in June of last year, the Sheridan basketball program was shutdown, leaving Hurley jobless and players without a team.

The program shutdown in Sheridan was a difficult moment for Hurley, but not for the reasons one may expect.

"When the program shut down, we weren't really concerned about jobs," Hurley said. "We were more worried about trying to find places for the 15 guys the school let us sign without any sign that the program could be cut. We had a full roster, that was the most important piece to us."

The familiarity Hurley enjoyed when transferring to Western also showed up in his most recent job search. During the 2020 off-season, he was contacted by a close friend and former assistant at The University of Providence.

His friend planned to leave the program for another job, which meant Providence had an opening for an assistant coach. After learning of Hurley's job search, Providence's head coach, Steve Keller, picked up the phone.

"Coach Keller knew I was looking for a spot and I wanted to stay in the area," Hurley said. "I had other offers but didn't want to go so far from home. So everything worked out and I couldn't be happier."

After Hurley landed a job, he and his team faced the challenge of playing during a pandemic. But the Argos only went through one significant pause last season, which Hurley credited to the players' efforts in following rules.

Keller, Hurley and the Providence Argos went 17-3 in the 2020 season and won the Frontier Conference Championship. Hurley said that he never won a conference championship under Keller at Western, so it was immensely meaningful to do so at Providence as a coach.

"To do that alongside (Keller) was a special moment with a special group of guys," Hurley said. "You know, a lot of people wake up and go to work hating it, but they do it for the paycheck. But for me, I wake up every day to do what I love. As much as it's given me, it's great to see kids succeed now."