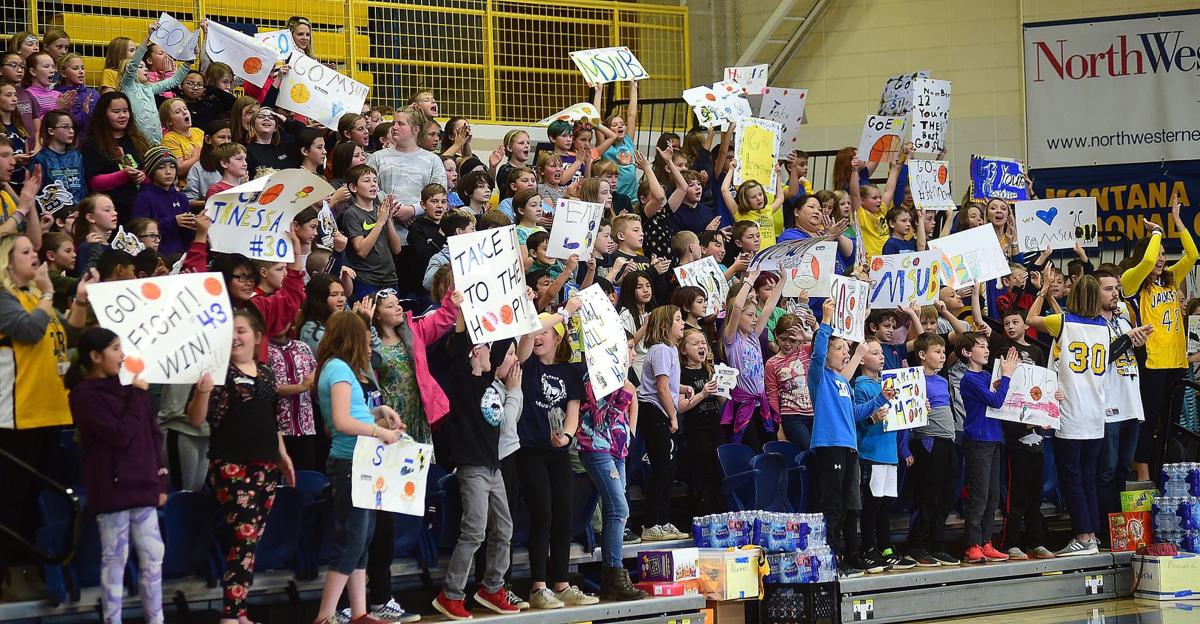 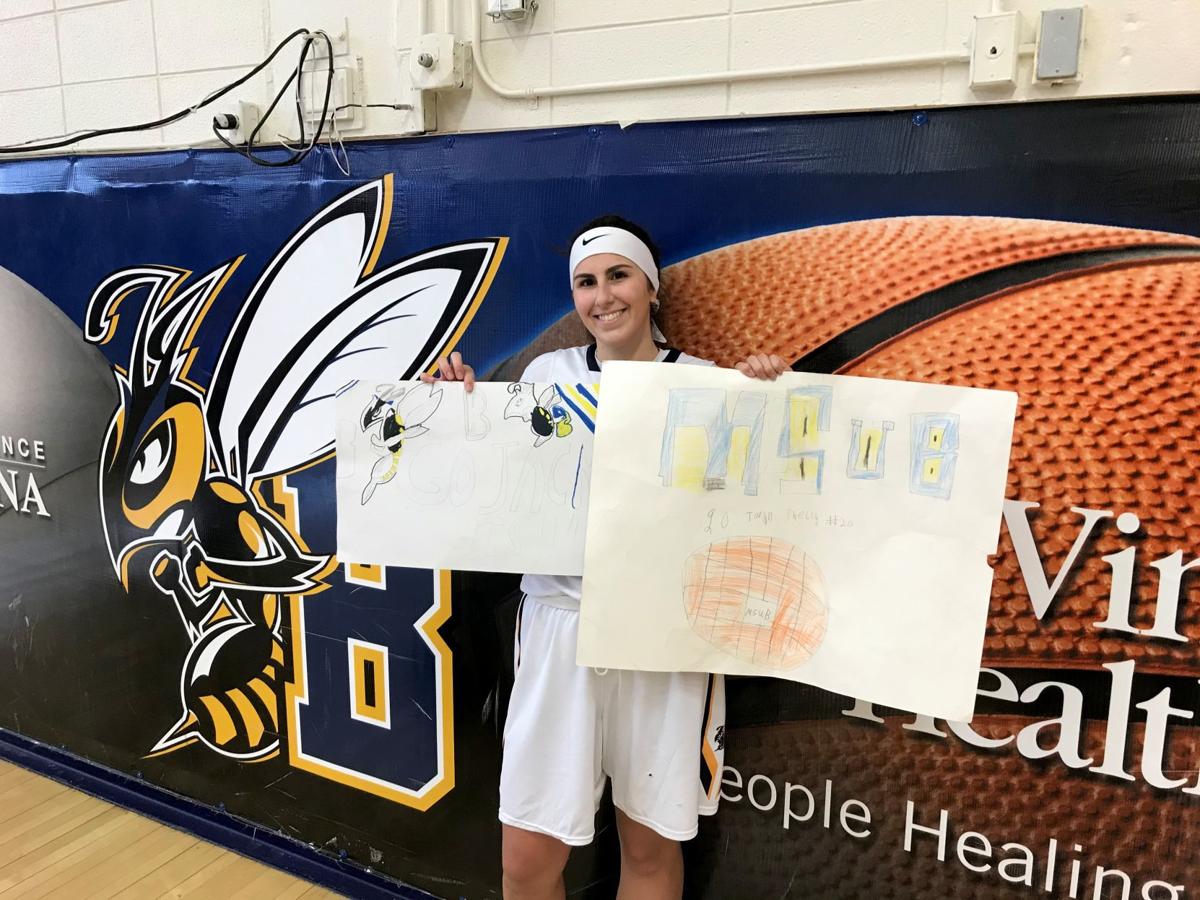 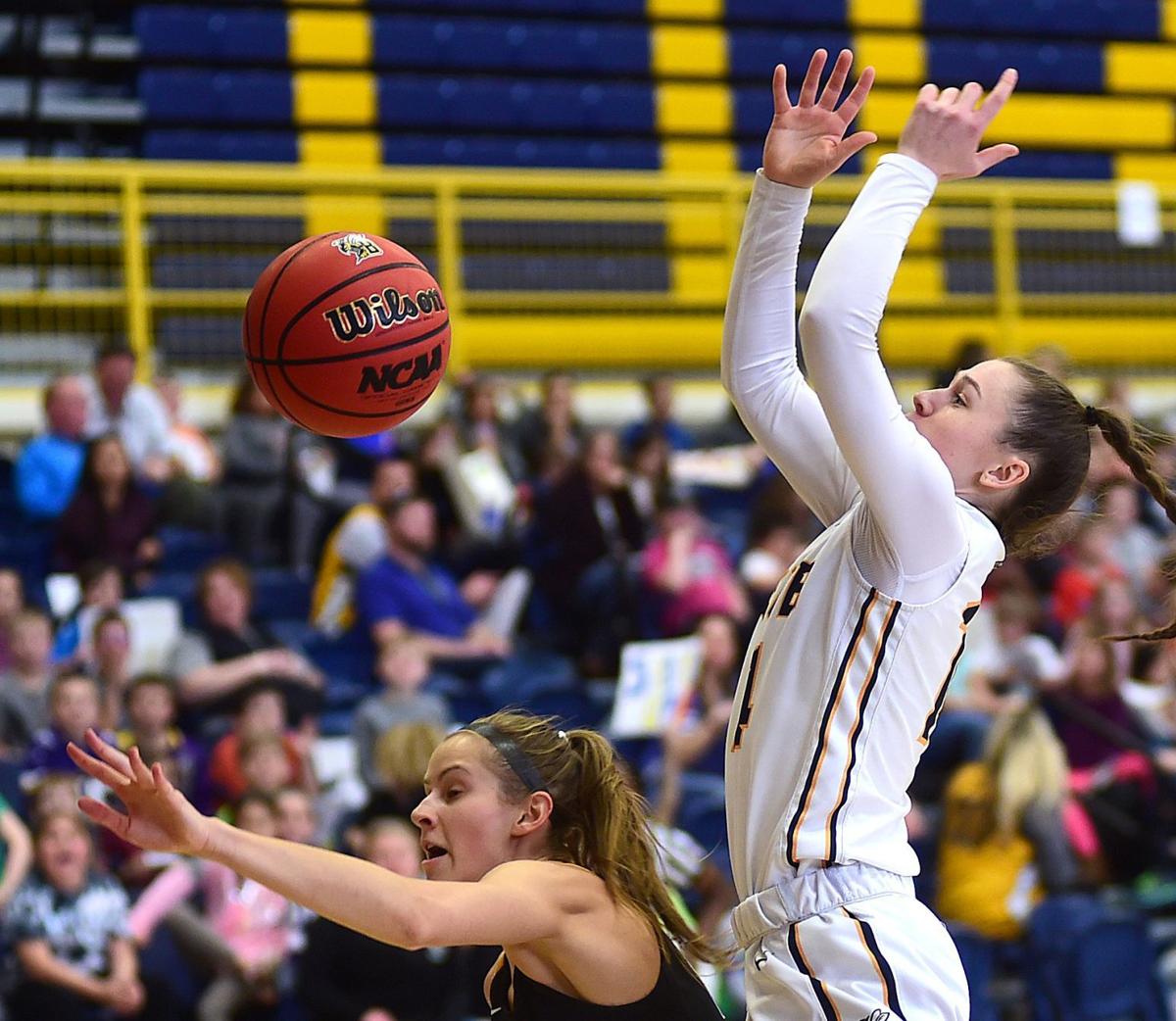 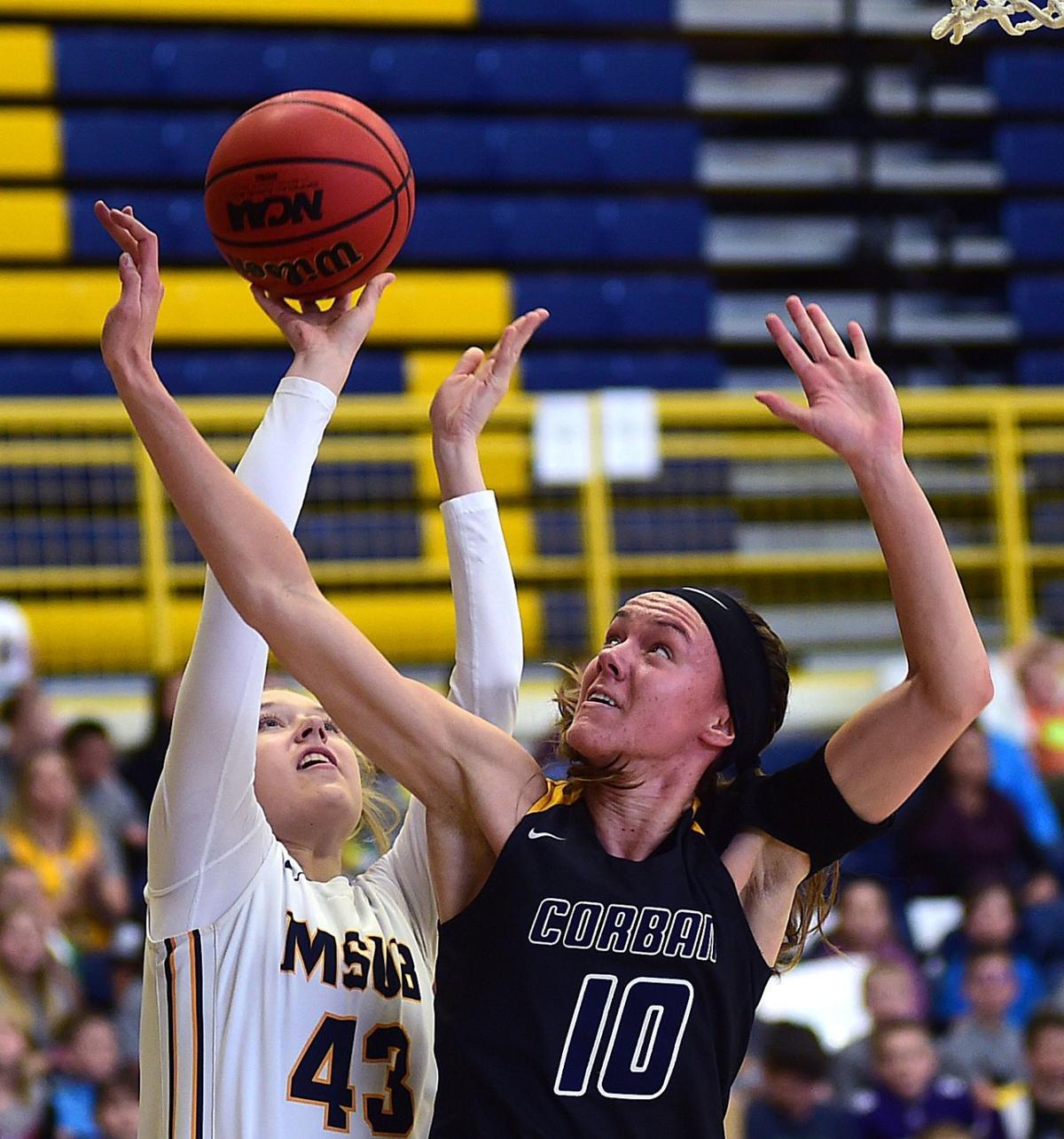 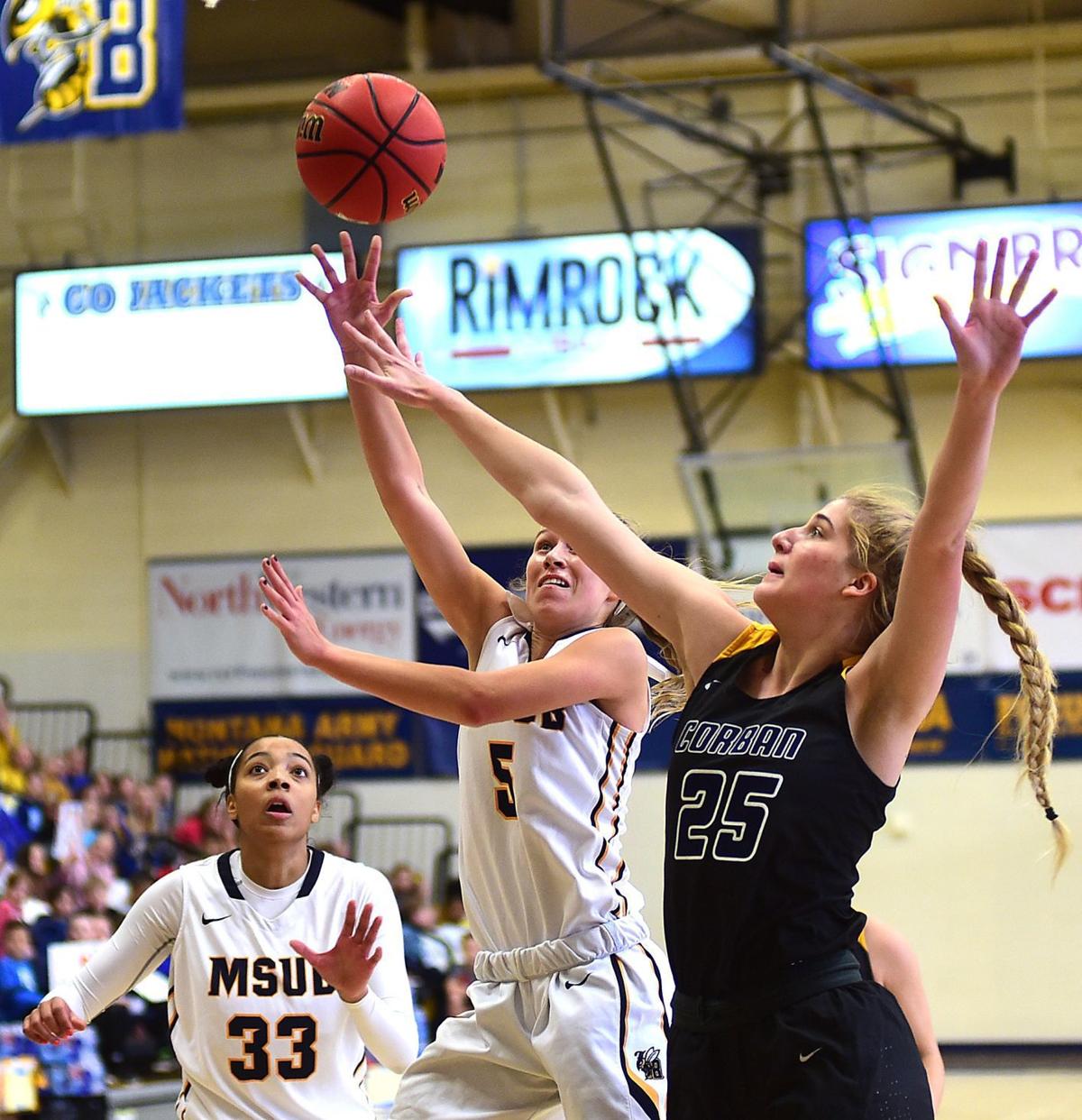 BILLINGS — “The Hive” was alive Monday afternoon at Alterowitz Gymnasium.

Students began arriving to the gym approximately a half hour before the noon start. Many were greeted by MSUB’s mascot, Buzz, as they made their way to their seats.

The students raised homemade signs to cheer on the Yellowjackets, shook the bleachers with their feet and encouraged the MSUB players with cheers of “Defense! Defense!”, “Lady Jackets!”, “MSUB!” and “Yellowjackets!”

The cheers were chanted in such a way that the students appeared to be old pros in the cheering department. The students in attendance were from Meadowlark, Boulder and Newman elementary schools.

“It was so cool,” said senior Jeanann Lemelin, who scored 12 points for MSUB. “I hope they do this every year for now on. That was the most people I’ve ever played in front of at MSUB and it was a cool experience.”

Sophomore Taryn Shelley, who scored a team-high 17 points and pulled down 12 rebounds for the Yellowjackets, said it was a “crazy” atmosphere and enjoyed playing in front of the grade school children, who more than filled MSUB’s student section, “The Hive”.

“It was cool to have them chanting. It was fun,” Shelley said.

After the game, the Yellowjackets players signed little orange plastic basketballs for some of the children in attendance, Shelley said. They also gave high fives to the students as they exited the gymnasium.

The Jackets led the 14th-ranked NAIA Division II team 22-17 after the first quarter and 35-31 at halftime before turning pouring it on in the second half to pull out the 26-point win.

Kevin Woodin, now in his 16th season as the Jackets’ coach, said he has been trying to put together a day for elementary school students to attend a game for the past three years.

“I’d like to thank Corban for agreeing to play at a time we could do it,” said Woodin, adding he’d visited with MSU coach Tricia Binford about “how fun it was for them.”

Woodin said the Yellowjackets visited the three elementary schools before the game.

“I expect our players to give back to the community and our women’s players are great role models for the kids and the more we can interact with those kids, the better off we’ll all be,” said Woodin. “It was a great environment and the kids all had a fun time.”

Woodin said the goal is for “Pack the House Elementary Day” to become an annual event.

At the elementary schools, Woodin said there were assemblies and question and answer sessions with the Yellowjackets players and the children.

The goal was to “try and build a little relationship so they could see the success of our players going to school and having success, but at a different place,” he said.

Lemelin’s mom, Stacy Lemelin, is the principal at Meadowlark and was in attendance, wearing a No. 14 Yellowjackets jersey in honor of her daughter.

Jeanann Lemelin, a Billings Senior graduate, said it was a rewarding experience to visit the schools.

“We talked about we are student-athletes and we go to school, too, just like them,” she said. “We told them if they work hard, they can be like us.”

“It was nice to see some of the kids we met earlier in the week come here,” added Shelley.

MSUB director of athletics Krista Montague was pleased with how the day turned out.

“Today we had three elementary schools,” she said. “Maybe next year we can have more and fill the upper stands, too.

“We got it off the ground and know what it takes and hopefully we can get more next year. We want to make it an annual event and who knows, maybe it can spill into our other sports as well.”

The grade school students did not have to buy a ticket and were admitted free. For some of the children, it may have been the first basketball game they attended. Some may not have been to a college campus. Those facts were not lost on organizers.

“That’s part of our responsibility is to give back,” said Montague.

It was evident the energy sparked the players throughout the game and with the enthusiasm the elementary students brought, there’s no doubt “The Hive” will be alive for next year’s game.