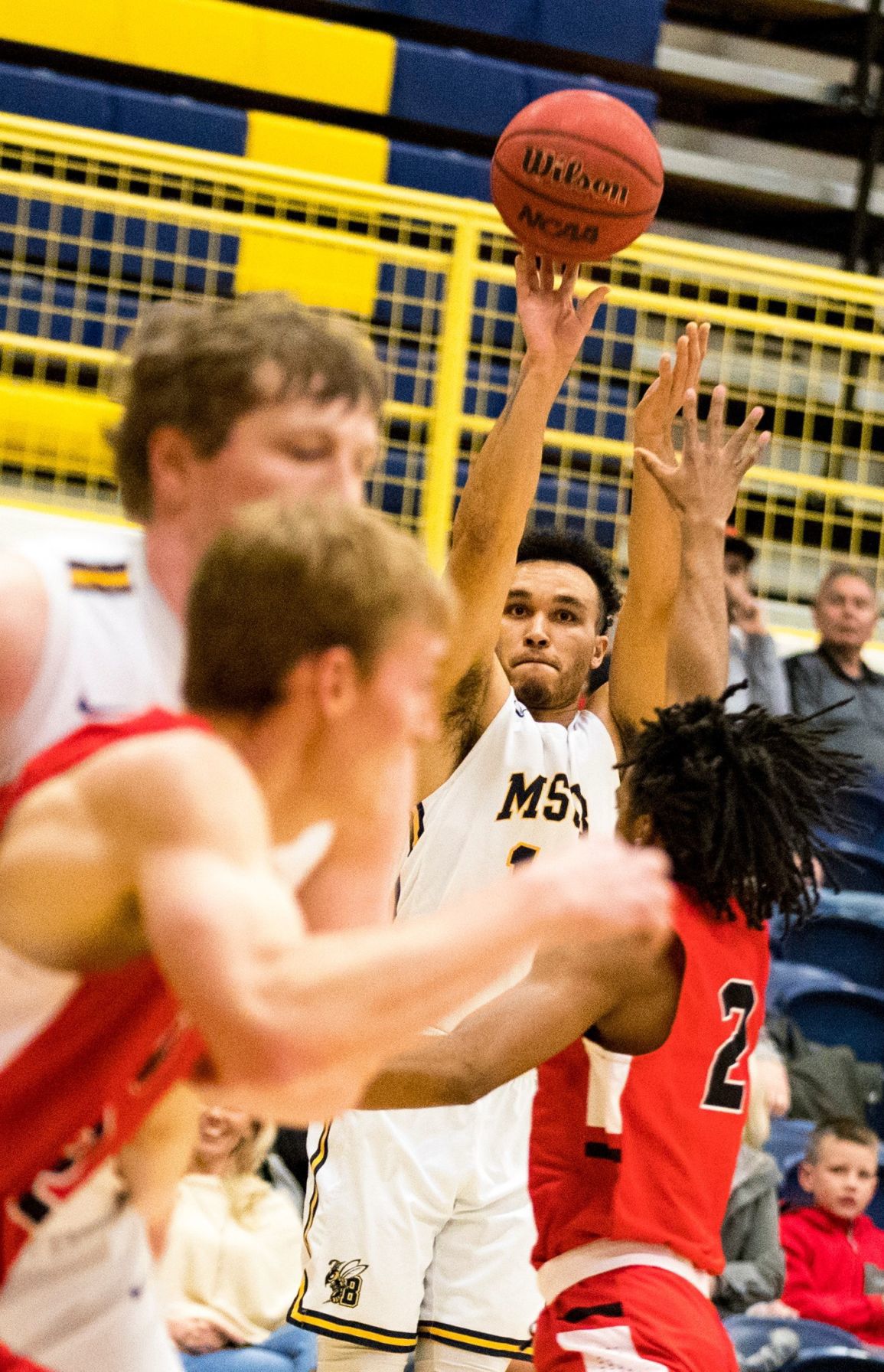 MSU Billings senior guard Tyler Green shoots during a game against Northwest Nazarene at Alterowitz Gym in Billings on Jan. 9. 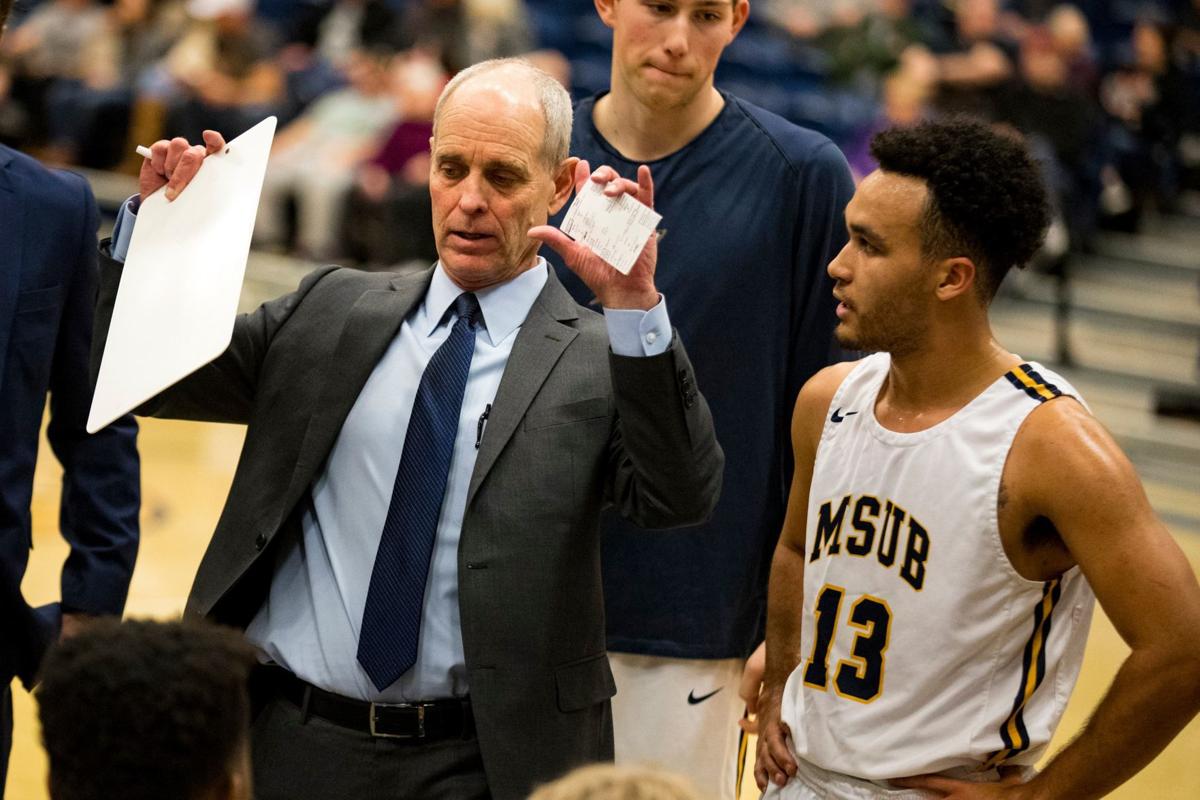 MSU Billings' Tyler Green listens as coach Mick Durham instructs the team during a game against Northwest Nazarene at Alterowitz Gym on Jan. 9. 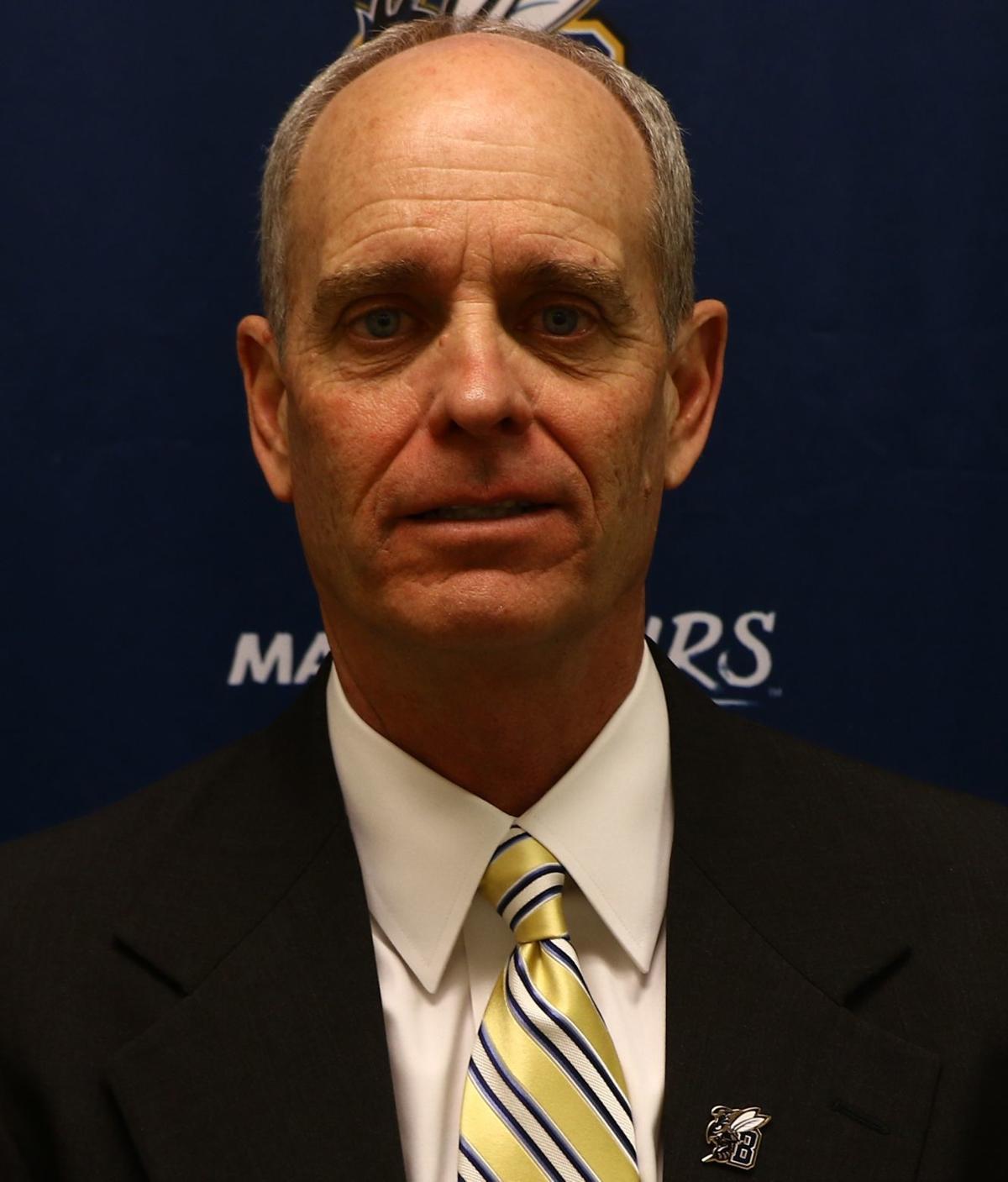 MSU Billings senior guard Tyler Green shoots during a game against Northwest Nazarene at Alterowitz Gym in Billings on Jan. 9.

MSU Billings' Tyler Green listens as coach Mick Durham instructs the team during a game against Northwest Nazarene at Alterowitz Gym on Jan. 9.

BILLINGS — Here's the long and short of it: Tyler Green always has the go-ahead to shoot the basketball.

As part of his process, the Montana State Billings senior guard likes to get a couple shots up early in games to get a feel for how a particular night might turn out. And Green has a propensity to get hot.

But he’d never experienced anything like what happened last Thursday on the road against Great Northwest Athletic Conference opponent Saint Martin’s.

Green’s first 3-point attempt was true that night at Marcus Pavilion in Lacy, Washington. As was his second. Third try? Splash.

It only got better from there.

The 5-foot-10 Green hit five 3s in the first half and seven more in the second. He finished 12 of 17 from distance to tie a GNAC record for most 3-pointers in game set by Kyle Fossman of Alaska Anchorage in 2014.

To date, it’s the most deep balls anyone has hit in a game in the NCAA this year, regardless of division.

Green ended the game with 38 points — while taking (and making) just one shot inside the arc — in the Yellowjackets’ 96-67 blowout victory.

Tyler Green is named the St. Vincent Player of the Game for his career high 38 points! Green also ties the GNAC record for three point shots made in a game with 12! #JacketBaskets #MSUBMBB pic.twitter.com/oM5FInMW81

“That was crazy,” Green said during an interview on Wednesday, seemingly still incredulous about his spree. “I’d never done anything like that. That was easily the best performance I’ve had in my career.”

Two nights later, Green had 19 points with four more 3-pointers against Seattle Pacific. On Monday, Green was tabbed GNAC player of the week.

“You feel like you’re on top of the world,” Green said of his record-setting night. “You try not to shoot too much; I felt like I was getting a little bit too selfish at different points of the game.

“But if you go back and look at the numbers, you’re shooting a good percentage, you’ve got to get them up.”

“That’s kind of what Ty’s known for,” second-year MSUB coach Mick Durham said. “He’s had some pretty good streaks, but nothing like the other night. I’ve never had anybody make 12. You see guys get six or seven, but when you hit 12 you’re on a pretty good roll.”

That may be an understatement, yet it wasn’t the only magic moment Green has experienced this season.

On Jan. 11 in a game against Central Washington at Alterowitz Gym, Green banked in a buzzer-beating shot from just inside the half-court line to give the Yellowjackets a wild 92-91 victory in overtime.

MSUB was in a dire situation trailing by six points with just 22 seconds left. But shots by Chrishon Dixon and Psalm Maduakor — coupled with two missed free throws by CWU with four seconds remaining — set the stage for Green’s heroics.

It was a play that Durham said gave Green the proper momentum, and confidence, for what was to come.

“I took a few dribbles and they didn’t pick me up,” Green said. “I just kind of launched it, just tried to give it as much arc as possible, give it a chance. Next thing I know it was off the glass and in.”

This week the Yellowjackets host the Alaska schools for two key GNAC contests. Alaska Anchorage visits Alterowitz Gym on Thursday at 7:30 p.m. It is the second half of doubleheader with the MSUB women’s team, which hosts Seattle Pacific at 5:15.

In the race for the postseason, the Jackets (8-8, 3-5) are in eighth place in the league standings, but only two games out of third place. Anchorage (12-8, 5-4) sits in a tie for third with its counterpart from Fairbanks.

Green, who transferred to MSUB from Humboldt State prior to his sophomore season, is having a solid year on the heels of a second-team all-league selection from a year ago. He looks to give the Yellowjackets a similar lift this week — with the help of all-conference candidates like teammates Brandan Howard and Zharon Richmond.

“We’re tough to play at home. We have all the confidence in the world,” said Green, who came into the week averaging 16.5 points and 3.4 assists per game. “Everybody knows that getting these two wins would be great.

“We think we’re in a good position — obviously we’d like to be in a better position. But this is the second half of conference and it’s time to kick it in gear.”

“The two Alaska schools are right there, right above us in the standings,” Durham said. “Protecting your home court is vital. And Ty is critical. We need him to hit his open shots like he’s been doing.”