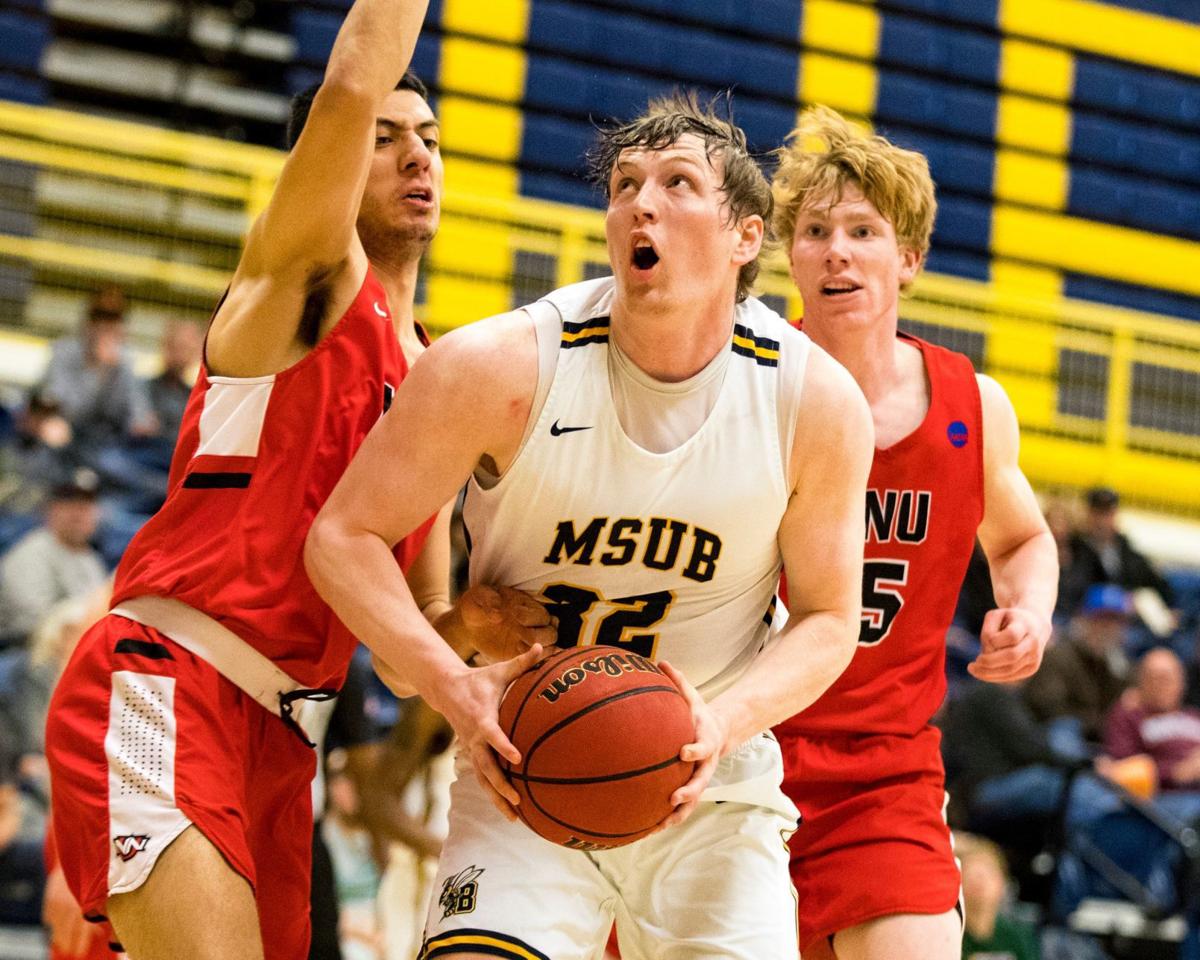 MSU Billings' Brendan Howard looks to shoot during a GNAC game against Northwest Nazarene at Alterowitz Gymnasium on Jan. 9. 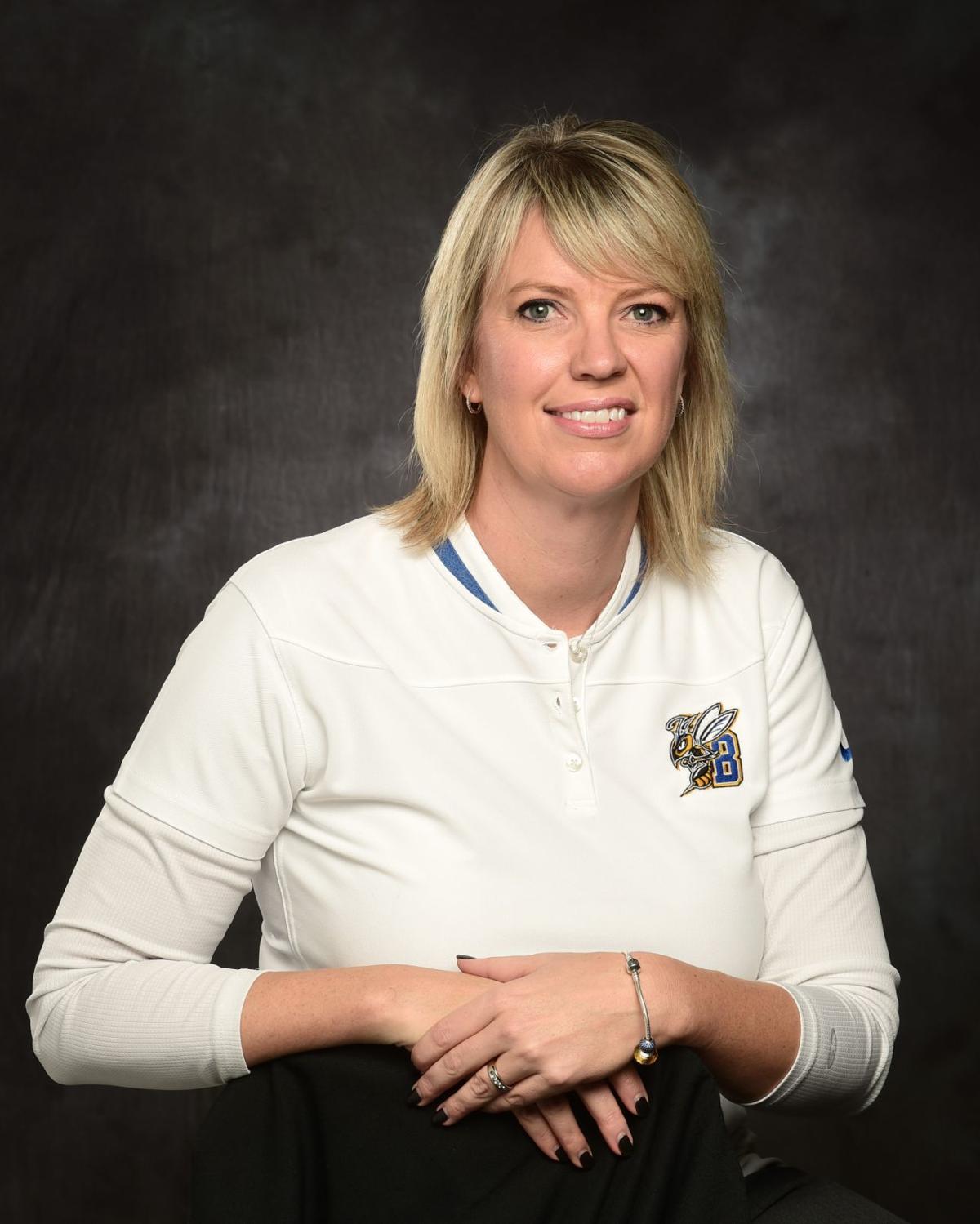 On one hand, the Council’s vote to limit the maximum total of games and dates for athletic events across the D-II landscape will provide a financial respite for the MSUB athletic department. On the other, it will reduce the amount of opportunities its student-athletes have to compete.

According to a press release from the NCAA, the decision was made as a response to the ongoing coronavirus pandemic and the financial impact on D-II athletic departments. Montana State Billings is the lone D-II institution in Montana.

“It’s hard in one sense because the last thing we want for our student-athletes is for their experience as far as competition to be cut. That’s hard,” Montague told 406mtsports.com. “We take a lot of pride in the Division II experience that we’re able to offer, and we feel it’s a great recruiting tool for us.

“But with that said, this is so much bigger than any one of us or our department or even our university. There’s no question this is going to help us save some money. That’s really the whole point of this decision, the Presidents Council trying to help institutions address any financial concerns.”

The vote also lowers the minimum number of required games and events needed for championship selection and sponsorships, the NCAA said.

Men’s and women’s basketball are MSUB’s top revenue-generating sports, but those programs also cost the most to operate. The Council’s vote will limit all basketball programs across D-II to 22 regular season games, with a minimum of 15 to be eligible for the postseason.

Montague, MSUB men’s coach Mick Durham and women’s coach Kevin Woodin all said the Yellowjacket basketball teams will work to play all 22 allowable games — 18 within the Great Northwest Athletic Conference — along with up to three exhibition contests.

Typically, MSUB’s basketball teams play in the range of 30 games per year, including exhibitions.

Durham said scheduled games for this season against Cal State San Marcos, Colorado Mines, South Dakota Mines and Minot State have been scrapped, but he still must find replacements.

The annual exhibition games against crosstown rival Rocky Mountain College are not likely to be impacted, he said.

“From our standpoint you’d like to play a full season like we’re used to playing,” Durham said. “This is something totally new. But we have to understand it. You’ve got to be a team player, and this is what it is.

“Definitely, the phone was ringing with scheduling (on Wednesday).”

Woodin said his women’s program is scheduled to travel to California for four games in early November, but that trip is now in question.

Woodin said he spoke to Montana State women’s coach Tricia Binford, and that both hope their game this coming season in Bozeman can still be played. MSUB's annual matchups with Rocky, meanwhile, shouldn't be disrupted.

Still, Woodin said he must find replacement opponents for up to five or six contests.

“It’s tough because you had your schedules done and your athletes are expecting a full complement of games,” Woodin said. “But we’re just going through something we have no control over, and I think you have to be positive about it and make the most of it.”

“The health and safety of the student-athletes is paramount right now. It’s a bummer, but I’ve been impressed with my players’ attitudes so far.”

Baseball at MSUB is also a strong revenue generator for the university, and the Yellowjackets will be limited to 40 games in 2021, with a minimum of 16 for postseason eligibility.

For men’s and women’s soccer, allowable games have been reduced to 14 (seven for championship eligibility and sponsorship). The totals for the Yellowjacket softball program have been limited to 44 and 16, respectively.

MSUB’s volleyball team must now play no more than 20 matches, with a minimum of 10.

The Yellowjacket athletic department also sponsors men’s and women’s cross country, golf and track and field, cheer/stunt, as well as women’s triathlon. Those schedules must be adjusted, too.

Aside from basketball, Montague said each of MSUB’s programs will work to schedule and play and participate in the maximum number of games and dates for competition allowed by Division II.

“From our perspective right now, we’ll do everything we can to meet that reduced maximum,” Montague said. “It’s all about the student-athlete experience, and the more games they can play the better the experience.

“There could be some schools out there that choose to only meet the minimum. We don’t plan to do that, but obviously that would potentially save institutions even more financially.”

The Division II Presidents Council said it made the scheduling changes based on feedback received from surveys of university presidents and chancellors, conference commissioners and athletic directors. The changes will be in effect for one year.

Lemelin, a Billings Senior product, is having a breakout year in her final season with the Yellowjackets.