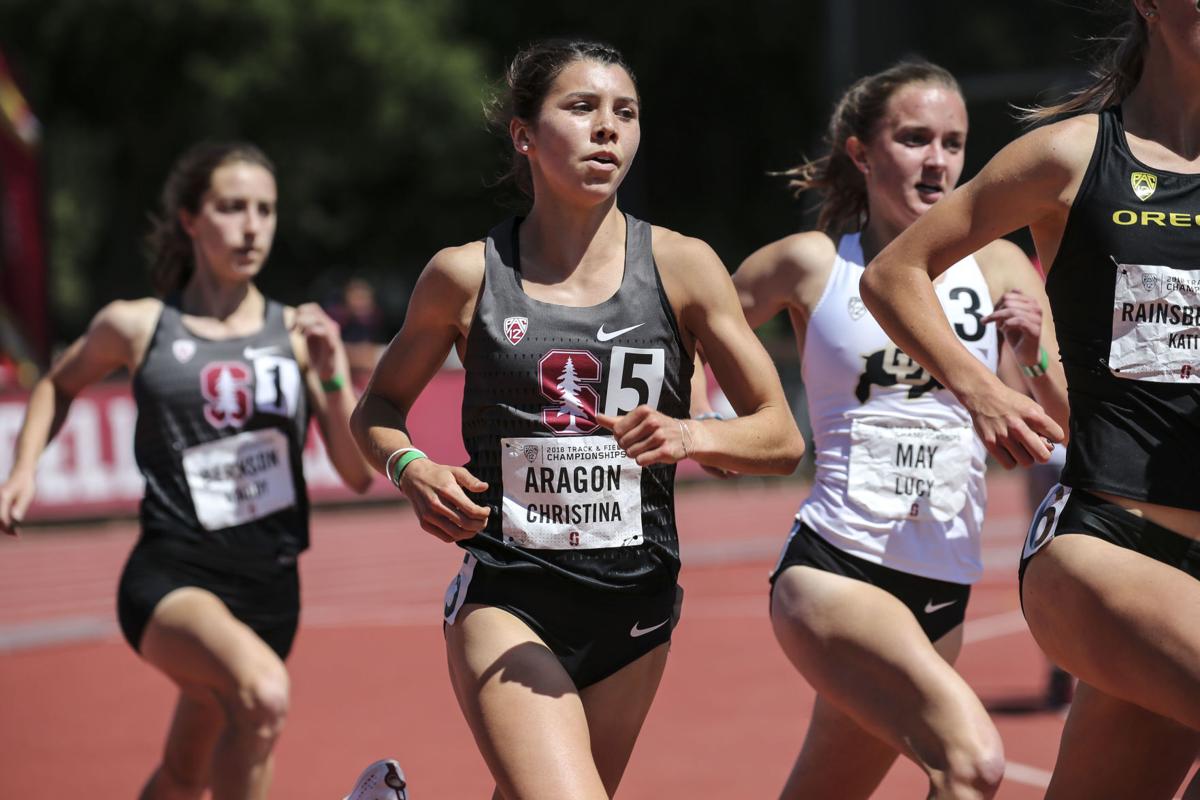 Billings Senior product Christina Aragon runs for Stanford during the Pac-12 track and field championships in May 2018. 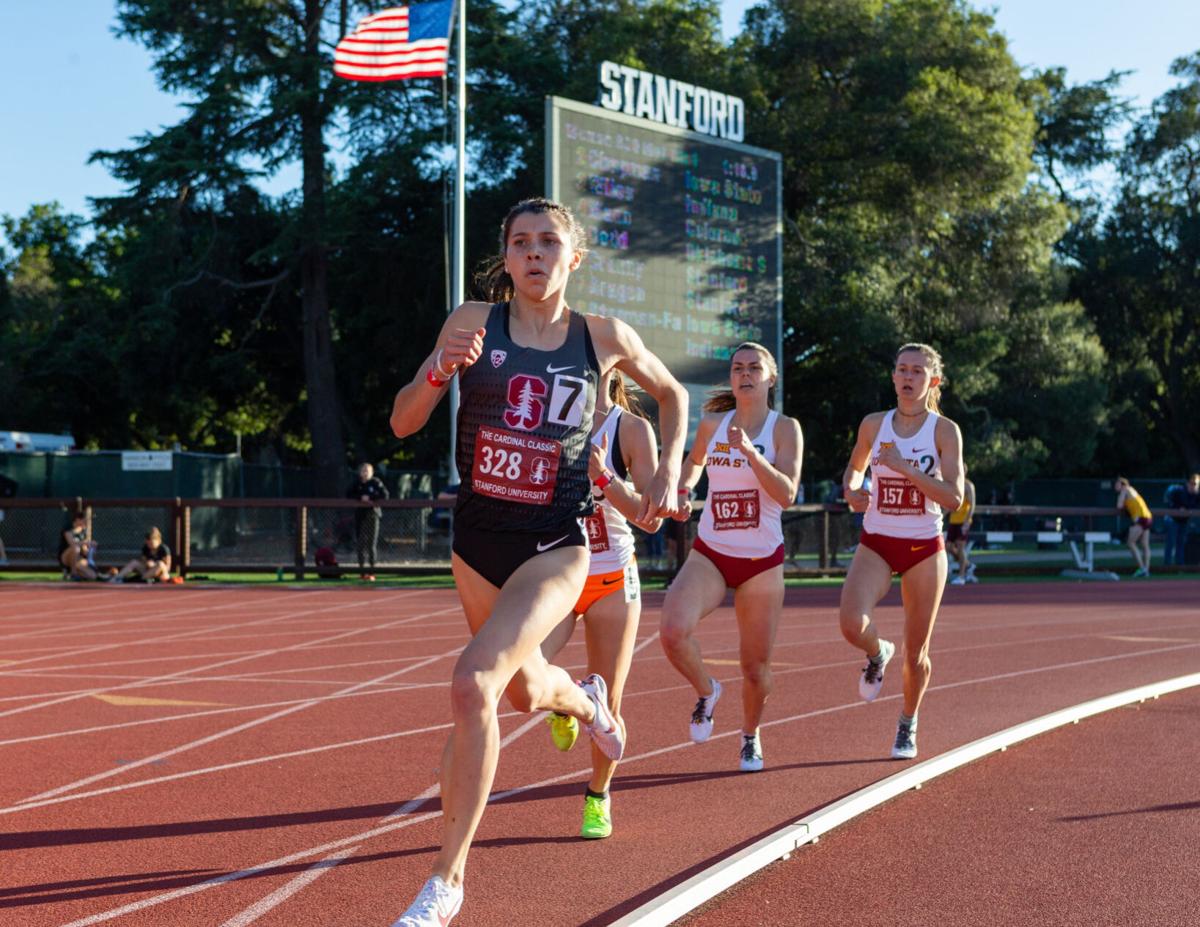 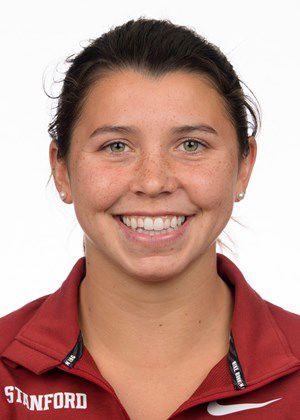 Billings Senior product Christina Aragon runs for Stanford during the Pac-12 track and field championships in May 2018.

BILLINGS — The joy of competition had in some ways dissolved for Stanford distance runner Christina Aragon over the course of these past seven lousy months.

It goes without saying anymore, but the coronavirus pandemic put a sudden stop to Aragon’s chance to compete at the NCAA’s indoor track and field championships, and then altogether did away with the outdoor season in the spring.

The pile-on continued in August when the Pac-12 Conference halted all athletic competition through the end of the calendar year.

COVID-19 forced Stanford to send its students home in March and the school has so far said don’t come back; they’ll continue to adhere to an online-only curriculum until further notice.

Aragon, whose star shined so bright during a record-setting career at Billings Senior High School and continues to sparkle at a major Division I university, has struggled at times to deal with the challenges she’s been presented.

“It was a lot to wrap my head around,” Aragon told The Billings Gazette and 406mtsports.com during a phone interview on Saturday. “You go about your life thinking that you know what it’s going to look like for the next six months to a year ahead.

“I was definitely feeling upset and frustrated and confused.”

But things are starting to look up for the fifth-year Stanford senior. With no on-campus instruction to attend, no cross country meets on the schedule and no real certainty surrounding the upcoming indoor track and field season, Aragon and a handful of her teammates have found solace in Utah, where they'll train on their own in a higher altitude setting and hope for better circumstances to come.

She and fellow Cardinal runners Ella Donaghu, Jessica Lawson, Jordan Oakes, Julia Heymach and Aubrey Roberts will spend the next few months based out of a rented house in Salt Lake City, living what Aragon described is a shelter-in-place lifestyle while preparing for a return to competition, whenever that may be.

After a less-than-ideal summer which she spent working out mostly on her own — except for when her big sister Alexa drove up from Texas to take some of the pressure off — it’s just what Aragon needs.

Being away from Stanford’s vast athletic facilities and resources isn’t optimal, but Aragon said she and her teammates will make the most of it.

“Now that I’m reminded what it’s like training with a bunch of teammates, the vibes and how fun that is, that’s what reminds me of why I love running so much,” she said.

“The excitement with training was definitely a little bit tough this summer. I still got it done, but the joy that comes with running with other people and having shared goals, I think that’s something I definitely missed having. That was hard.”

The youngest of three sisters in a championship-winning lineage, Aragon captured 12 individual titles and set all-class track and field records in the 800-, 1,600- and 3,200-meter races at Senior High. Those were watershed moments.

She's also appeared in the U.S. Olympic trials and won two esteemed national competitions — the Adidas Dream Mile in New York and the 800 meters at the Brooks PR Invitational — along the way.

At Stanford, Aragon is thus far a six-time All-American. She helped the Cardinal win Pac-12 and NCAA West Region titles in cross country in 2019, and placed fourth overall in the 1,500 at the NCAA outdoor track and field championships as a sophomore, finishing with a time of 4:09.59, the second-fastest clocking in school history.

But her junior year was met with a hip injury and she missed all of the indoor season and most of the cross country and outdoor campaigns.

A year later, Aragon was in Albuquerque in March, set to compete again in the 1,500 at the national indoor championship when coronavirus shut everything down in the midst of her return to form.

The roller coaster hasn’t slowed since.

“It’s just having to adapt to one new reality after another,” she said. “With not having anything stable in the near future, that’s definitely been challenging. I’m someone who likes to have a plan, then I can work toward that plan and figure out how I’m going to get there. This has definitely challenged that part of me.”

While the Pac-12 is shut down, other conferences have elected to go forward with fall competition, notably the SEC, Big 12 and ACC.

As those athletes press on, does Aragon feel like she’s missing out?

“Yeah. It’s hard. I definitely miss competing,” she said. “We all wish everything could be normal, but times aren’t normal right now. I don’t know if it’s the best thing for other conferences to still be going forward. It almost feels like (they’re) fighting against an inevitable reality.

“I kind of wish that our whole country would have shut down a little harder from the start and that we could have tried to get past this. Since we didn’t have really hard regulations about shutting down, now some of us are suffering the consequences of not having sports and not being able to do the things we want to do.

As for her impending goals, Aragon said she’ll remain in wait-and-see mode in terms of what happens with future competitions at Stanford and within the Pac-12 and the NCAA. She can take a sixth year of eligibility but hasn’t decided if she’ll do that yet.

Another shot at the Olympic trials could also be in the offing, even if it’s to simply benefit from the experience again.

Meanwhile, Aragon is wrapping up her undergraduate degree in human biology and finishing pre-med requirements, and real life is on the horizon.

One of the most decorated runners the state of Montana has witnessed is weighing some big choices.

“I’m going to see how the rest of this year goes and how my body is doing health-wise and how I’m feeling about everything and then make a decision about what my next move is going to be from there,” she said. “Nothing’s set in stone. I’m not sure what next year is going to look like for me. I’m definitely not writing off the potential for a sixth year.”

“With everything going on it’s about being patient and being present and enjoying what you have,” she added, “even if it’s something extremely different than what you thought you were going to have in that moment.”

At the very least, Aragon has found her joy again with her teammates by her side.