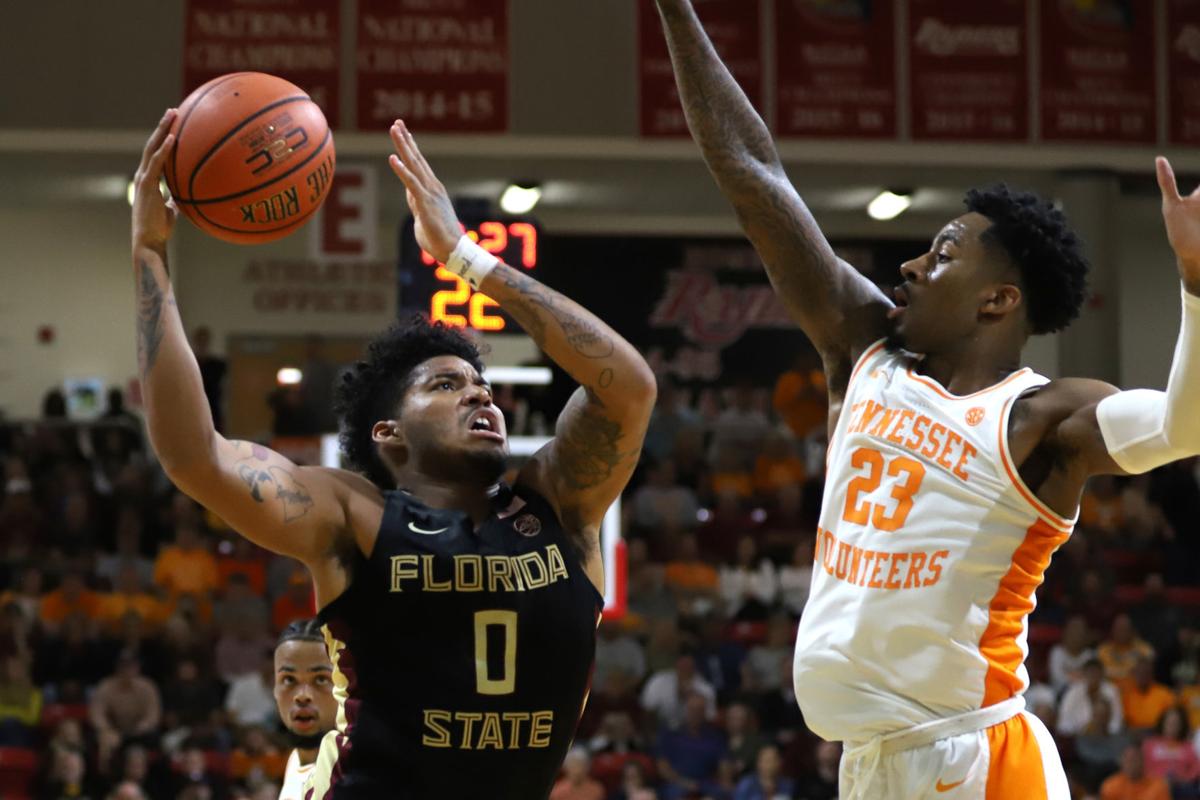 Florida State guard and former Billings Skyview standout RayQuan Evans goes to the rim in a game against Tennessee on Nov. 29 in Niceville, Fla. 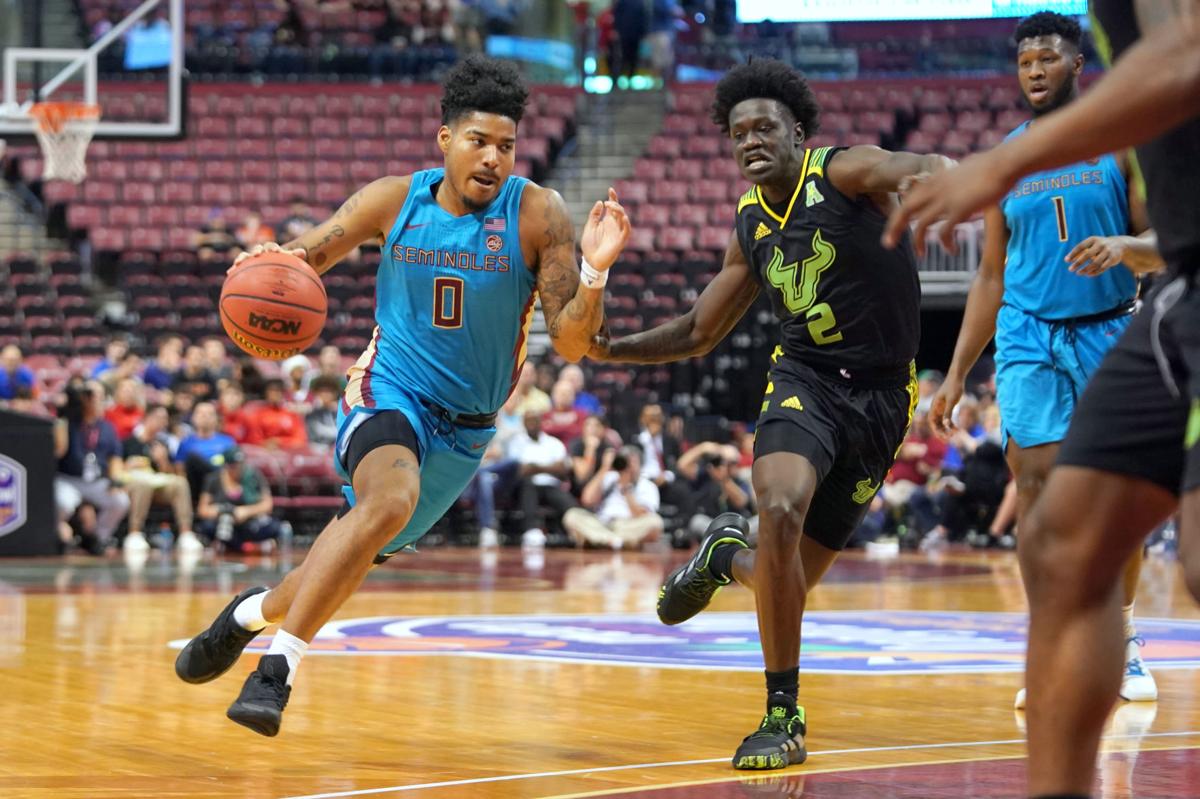 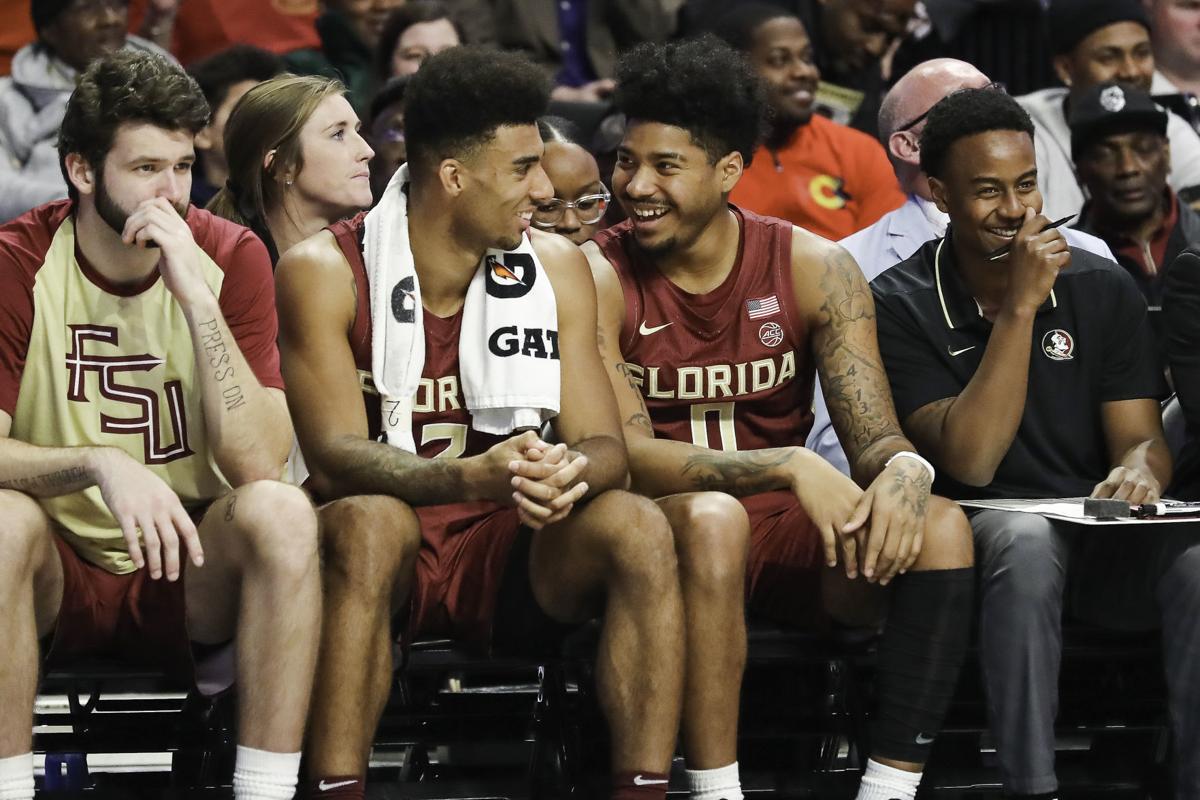 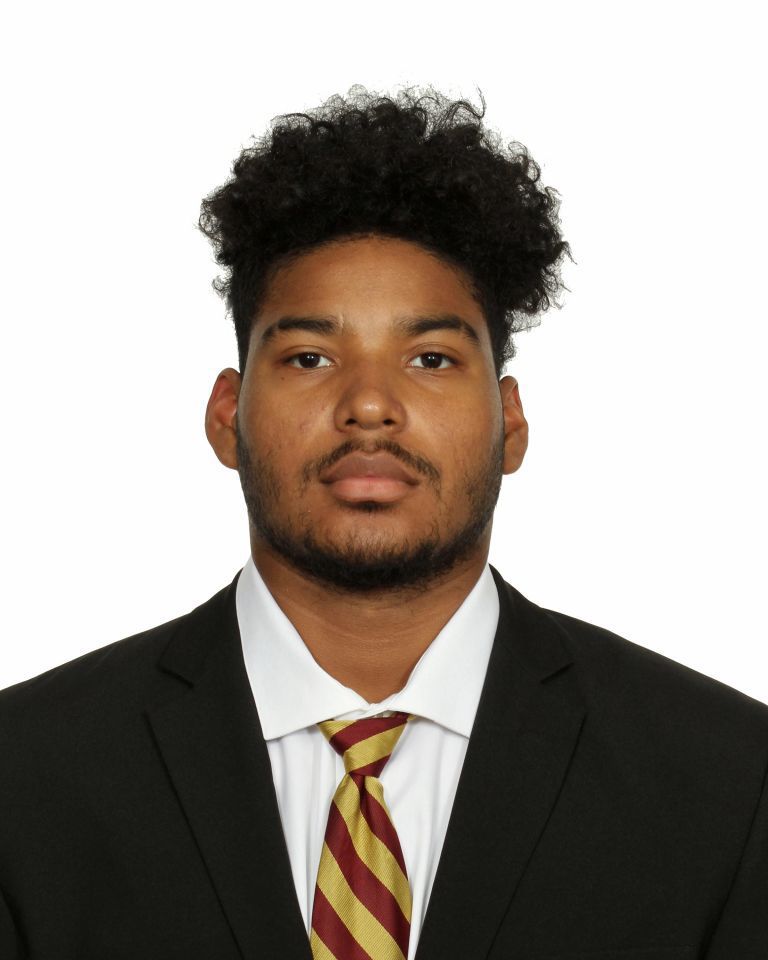 BILLINGS — When RayQuan Evans committed to play basketball at Florida State last April, he wasn’t naïve to the fact he was embarking on a significant period of transition.

Evans was transferring from North Idaho College, where he led the Cardinals to a combined two-year record of 56-10 and a pair of Northwest Athletic Conference titles. Evans was dominant in his sophomore year as a junior college player, averaging 18.2 points, 7.4 rebounds and 4.9 assists.

But this was something altogether different.

Moving up to play for the Seminoles in an elite Division I power league like the Atlantic Coast Conference was no small leap. Remember: Just two years earlier, the 6-foot-4, 210-pound Evans was a star guard at Skyview High School in Billings.

“I think the adjustment the first couple weeks I was here was really hard, just because the pace is a lot different from junior college and you’re playing against more athletic and more skilled players,” Evans told 406mtsports.com during a phone conversation this week.

“Honestly, coming into the year I thought I would be able to just play like normal. But I kind of had to get myself out of that and mature in terms of realizing that everything we do is for a reason. Before, it wasn’t like that.

“I had to focus on every play and every detail that we go through.”

A hamstring injury, as reported by the Tallahassee (Fla.) Democrat, forced the junior guard to miss five weeks of preseason practice as well as the Seminoles’ first two games of the season.

Still, Evans’ long-term potential is what endeared him to FSU coach Leonard Hamilton, and he soon began working his way into the lineup, playing 13 minutes against Chattanooga on Nov. 20, 17 more against Saint Francis three days later and a season-high 21 minutes against Chicago State two days after that.

Entering Saturday’s contest against Notre Dame, Evans was averaging 10 minutes per game. His 22 assists were tied for fourth-most on a team that rotates as many as 11 players.

“RayQuan’s improvement in his first year in our system has been exciting to watch. His maturity and basketball IQ have allowed him to become a very important part of our rotation,” Hamilton said via FSU’s sports information office. “He has just begun to scratch the surface of his potential and that’s very good for our program.”

A highlight of the season for Evans came against Saint Francis, a game in which Florida State kept with tradition by honoring Native American heritage by wearing commemorative regalia.

The turquoise Nike “N7” uniforms, according to FSU, are worn periodically to raise awareness toward the goal of increasing sports opportunities for Native American and Indigenous youth.

“The Seminole Tribe of Florida approached us about this program,” Hamilton said in a recent press release, “and we are honored and excited to wear these unique uniforms.”

The Seminoles have worn the uniforms 14 times dating back to 2013, including in a game against South Florida in December.

For Evans — the son of Israel Evans and LaVern Old Elk, and himself a member of the Crow tribe — the tributes struck a chord.

“I loved every bit of it. I thought it was really cool,” said Evans, who is majoring in social sciences at FSU. “For this program to take that seriously and have uniforms dedicated to it, I thought it was a big deal.”

Evans originally committed to play at Rocky Mountain College during his senior year at Skyview but instead matriculated to North Idaho, where he earned a two-year degree in graphic design and was named the 2019 player of the year in the Northwest Athletic Conference.

He planned to attend Utah State, but later de-committed to keep his options open. When the opportunity to play at Florida State arose — “I got a call from coach Ham and they were all about me,” Evans said — it was too much for him to pass up.

“I’m new to this team and new to this level. Every day is a learning day,” the well-built Evans said. “I don’t really play as much as I’m used to but it doesn’t really frustrate me because I understand the position I’m in. I’m thankful to be here. I just try to learn every game, every practice.”

The Seminoles were an Elite Eight team two years ago and made the Sweet Sixteen last season. Led by the trio of Trent Forrest, Devin Vassell and M.J. Walker, they are on a similar track again this year.

But there are some big games coming up. FSU travels to play Virginia on Tuesday, a rematch up the Seminoles’ 54-50 win earlier in the year. There is also a looming matchup with No. 8 Duke on Feb. 10 in Durham, North Carolina.

Meanwhile, improvement is at the forefront of Evans’ mind — for himself and the team.

“My expectation is that we keep getting better and not get complacent,” Evans said. “The guys we have on the team are very determined. We understand the position that we’re in but this is the time to step it up more — be more engaged in practice and more engaged mentally.”

“I think as long as I keep working every day and be a student of the game, I think my potential can keep growing,” he said. “I don’t think I’m at my best right now.”