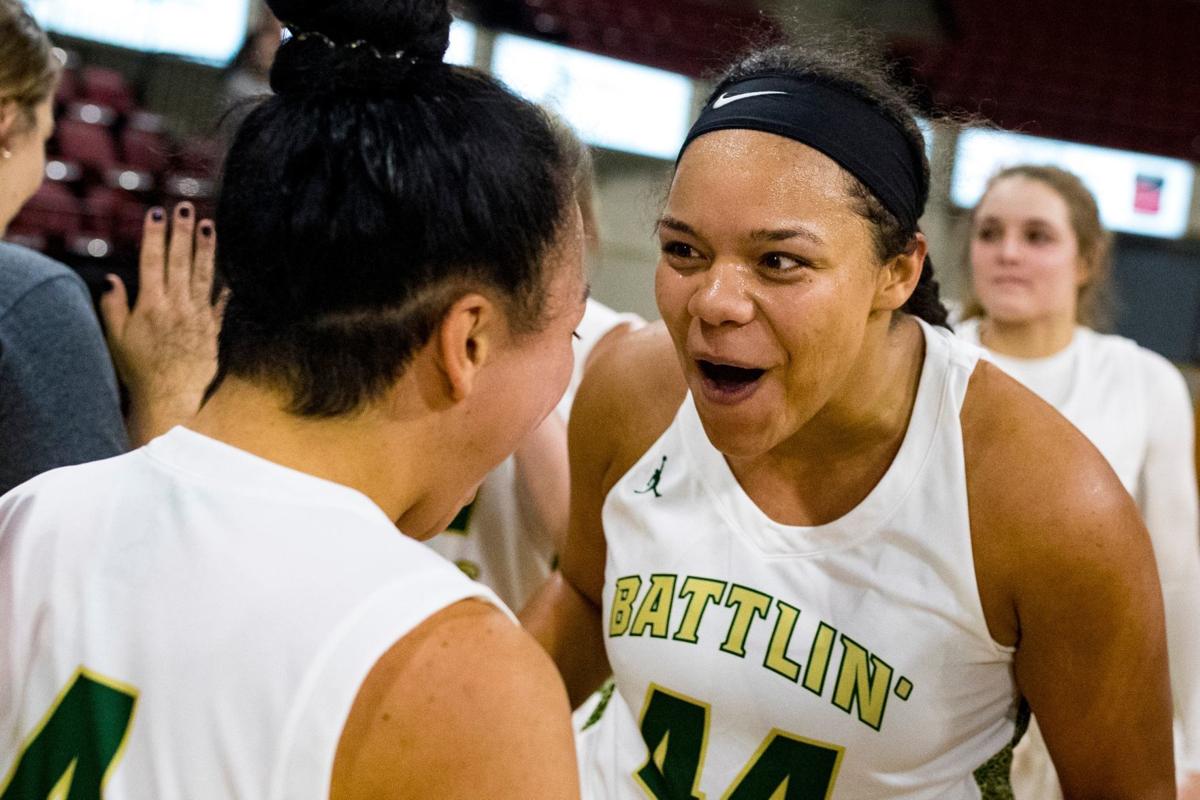 Though her season and career ended early, Rocky's Markaela Francis became a member of the school's 1,000-point club earlier this season. 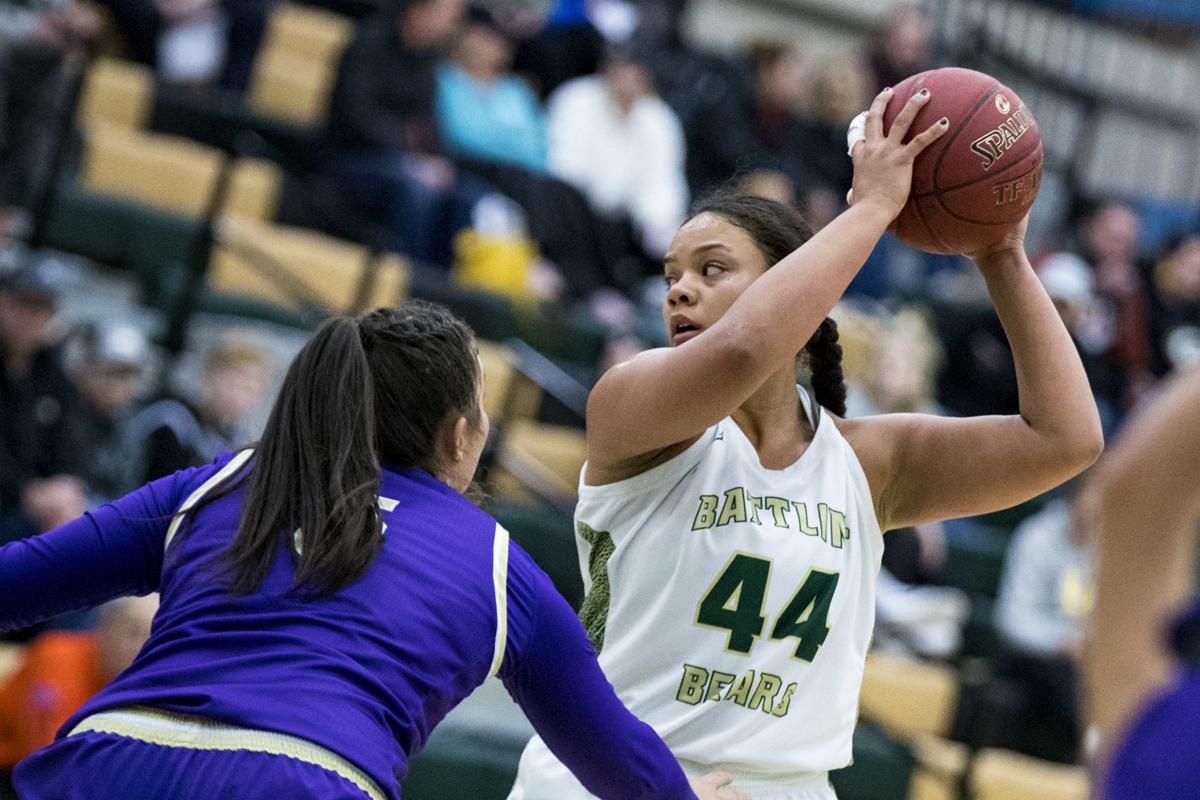 Rocky Mountain College's Markaela Francis looks to pass during a game against Carroll College on Jan. 15. 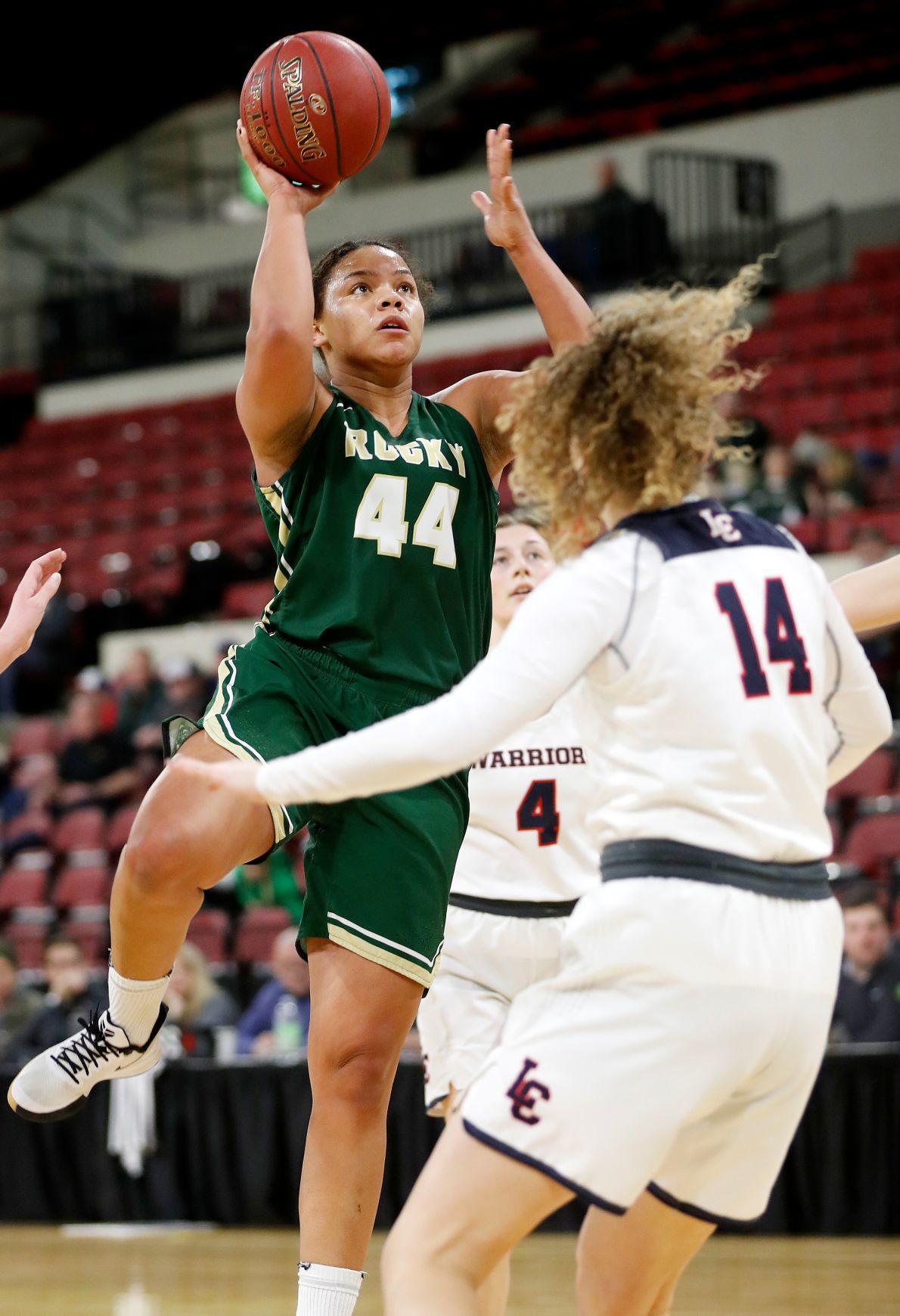 Though her season and career ended early, Rocky's Markaela Francis became a member of the school's 1,000-point club earlier this season.

Rocky Mountain College's Markaela Francis looks to pass during a game against Carroll College on Jan. 15.

BILLINGS — The emotions were a lot for Markaela Francis to process.

Drained from battling a flu bug 24 hours earlier — no, not coronavirus, though we'll have much more on that shortly — Francis, Rocky Mountain College’s senior leader and top scorer and rebounder, did all she could to drag her tired body out on to the Fortin Center court March 4 against Providence to open the Frontier Conference postseason.

Francis, a 6-foot forward and a 1,000-point scorer at Rocky, was taking intravenous fluids earlier in the day. She finished the game with 17 points and seven rebounds, but missed some shots she usually makes and was otherwise swarmed by the Argos’ collapsing defense.

The Battlin’ Bears went on to lose that first-round game, 62-50.

It was Francis' final contest on Rocky’s home floor, which was difficult enough. But there was a much tougher pill to swallow eight days later.

This was a different kind of emotion.

Francis is one of countless athletes from coast to coast who saw their seasons — and their careers — end prematurely in the wake of precautions resulting from the coronavirus pandemic.

Rocky had an automatic bid to the NAIA women’s basketball national tournament in Billings, which was scheduled to begin next week at First Interstate Arena at MetraPark.

But the NAIA on Thursday canceled the event on the heels of similar decisions made by the NCAA, NBA, Major League Baseball and scores of others to follow guidelines from world health officials to practice social distancing and limit large gatherings and keep the spread of COVID-19 contained.

Francis thought she had at least one more game left in her decorated career. Now? There’s just nothing.

“My initial reaction … I was kind of in awe,” Francis said during an interview Thursday. “It was a pretty abrupt way to end it. Definitely sad. There were a couple tears shed, for sure.”

No one has ever called Francis self-centered or narcissistic. Rocky coach Wes Keller refers to Francis as the ultimate team player.

Despite the disappointment, Francis seemed to take the cancellation of the tournament as well as she possible could. She knows she’s not the only one to have her final season ripped away.

“I think it’s easy in situations like this to be selfish and say, ‘Why not try it?’ But I would have felt more guilty if something had happened,” Francis said. “I know that down the road I am going to really wish I had that last opportunity to play for Rocky and really make a stand one last time.

The sour ending doesn’t take away from what Francis accomplished during her career at Rocky.

Francis was her team’s unquestioned leader, this season especially. The former Highwood and Great Falls High star led the Frontier in scoring at 17.7 points per game and ranked No. 2 in the league in both rebounding (9.5 rpg) and field goal percentage (.546).

She had 12 double-doubles, 10th most in the nation, and earlier this season joined Rocky’s 1,000-point club and became the school’s all-time leading rebounder, milestones that solidify her place in program history.

“That’s an amazing feeling. It was never a thought,” Francis said. “My biggest thing was I wanted to make an impact, but having that achievement, I’m so grateful for it. To get 1,000 points, I think that speaks to my hard work. I do like to have something to show for it.”

Still, it was never about the numbers.

Francis says she’s most proud of helping orchestrate a turnaround at Rocky that saw the team win 20 games in consecutive seasons for the first time in program history.

With a 19-11 record entering before the national tournament was halted, Rocky had a chance at a third straight 20-win campaign.

Keller, in his sixth year as caoch, said Francis was a huge piece of Rocky’s renaissance.

“I want tough kids that I can coach and push them and try to bring out the best in them. She fit that,” Keller said. “I feel like Markaela, when she first got here, was a little bit soft. I had to push her to the point where she thought, ‘What is he doing and why is he doing this?’ You know, break her down and then build her back up.

“I just can’t say enough. She’s a warrior. Great person — she would do anything for the program and her teammates. She’s one of those special players that you don’t get all the time. It might be years down the road before you get someone that’s able to have this kind of impact in your program and on the court.”

During her senior year at Highwood, during a game against Winnett-Grass Range just before the district tournament, Francis suffered a freak Achilles tendon injury after shooting a free throw. She shot the ball, took a step back, saw that it didn’t go in the basket and took a step forward to try to retrieve the rebound.

Her right Achilles ruptured in that moment — though she still managed to corral the ball. The injury forced her to sit out her entire first year at Rocky.

Since getting back on the court four years ago, Francis steadily improved. Providence coach Bill Himmelberg previously said Francis was “the best player in the league.”

Last week, Francis lived up to that hype by being named the Frontier Conference MVP. To walk away being judged as the best player in your league is a pretty great legacy, final game or not.

And the way Francis, a future dentist, has handled the difficult news of the sudden end of her career in the face of a public health crisis speaks volumes.

Keller said Francis had “Mother Hen” qualities that she brought to a young Rocky roster, and it’s easy to see why.

“I think eventually it will be OK. But I think what they’re doing in taking the correct precautions, that’s going to be part of the reason for why things are going to be OK,” Francis said of the coronavirus anxiety gripping the nation. “They’ll be able to maintain it or at least contain it where it is as long as people follow the precautions that they’re putting in order. So I’d like think that it’s going to be OK.”

That's the type of response people have come to expect from Francis. Keller and the Rocky program will miss her in more ways than one.

“She’s just a phenomenal person. A quality person. And she’s an outstanding basketball player,” Keller said. “I’m just so proud of her. Honestly.”

More in Montana sports scene touched by coronavirus (57 of 68)

The NAIA announced Thursday that it is canceling its winter sports championships, including the women's basketball national championship that was scheduled to be played in Billings beginning next week, due to the coronavirus outbreak.