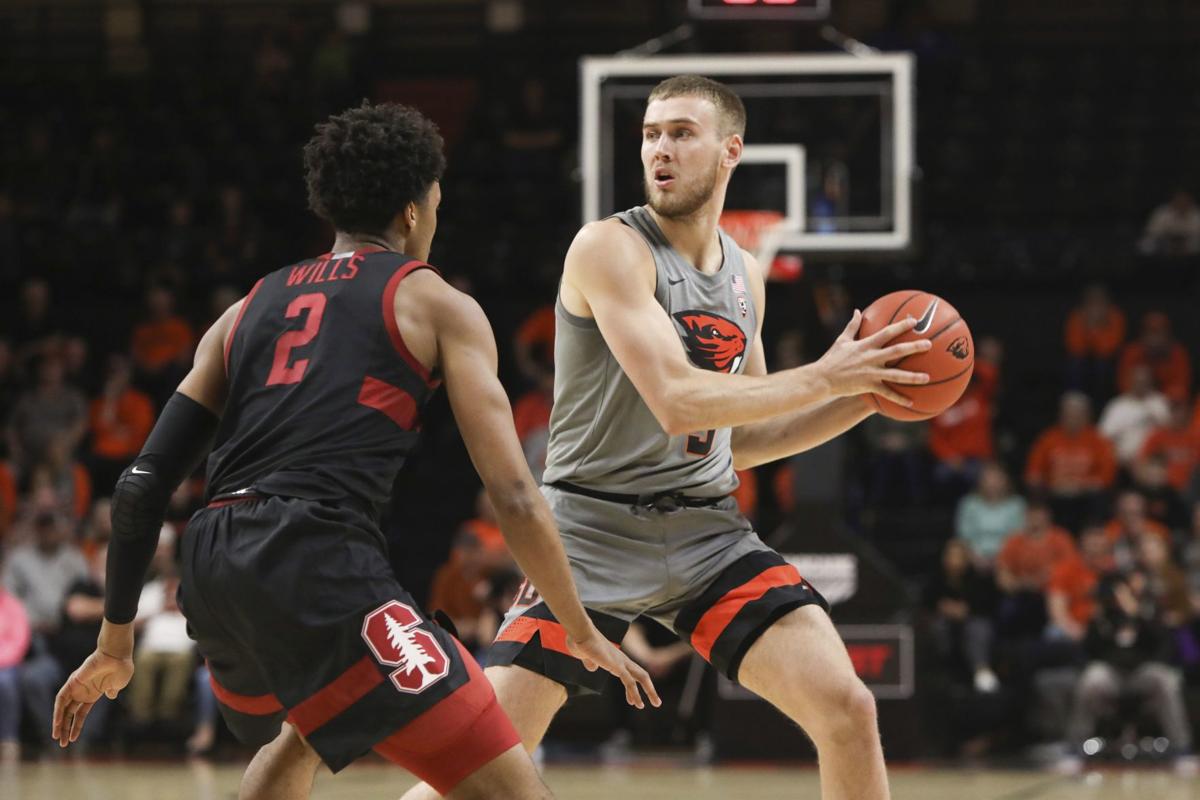 Oregon State's Tres Tinkle looks to pass the ball against Stanford in a home game during the 2020 season in Corvallis, Oregon. The Missoula native and Hellgate grad recently finished up a record-breaking career for the Beavers. 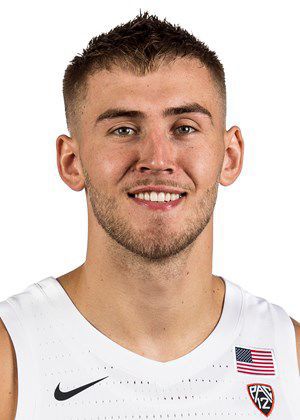 Oregon State's Tres Tinkle looks to pass the ball against Stanford in a home game during the 2020 season in Corvallis, Oregon. The Missoula native and Hellgate grad recently finished up a record-breaking career for the Beavers.

MISSOULA — Tres Tinkle’s workout equipment includes a jumble of cinder blocks and sandbags and tractor tires he uses in his garage or driveway or nearby hills as he gets in curls and shoulder presses and bench presses and much more in addition to doing ball handling drills in the garage and shooting work on an outdoor hoop.

This hodgepodge of workouts is the latest step for the Missoula Hellgate grad after he wrapped up a historic career in the Pac-12 for the Oregon State men's basketball team last month. He overcame injuries and doubts to rewrite the program record books and help turn around the long-struggling Beavers.

Tinkle has also put himself in position for a potential pro basketball career and is focused on making the NBA, being creative and innovative with his training even during the coronavirus pandemic while dealing with uncertainty and trying to prove people wrong once again.

“I feel like I’m someone who’s dealt with adversity quite a bit,” Tinkle said earlier this week after finishing up a workout from his parents’ house in Philomath, Oregon, just west of the college town of Corvallis.

“It’s how you bounce back and how you handle it that really reveals your character. That’s what I’ve been trying to think of to stay in the right mindset.”

Tinkle’s career at Oregon State was filled with ups and downs, and he came out on top after a high school career in which he led Hellgate to the 2013 State AA title. He proved wrong the people who said we wasn’t good enough to play in the Pac-12 and was only there because his father was the head coach.

Tinkle left as the program’s all-time leading scorer with 2,233 points, breaking Gary Payton’s record that had stood for 30 seasons and finishing seventh in Pac-12 history. Along the way, he set the school record for consecutive games scoring in double figures (96), free throws made, free throws attempted and consecutive free throws made, while his average of 17.7 points per game ranks seventh in program history.

Not just a scorer, Tinkle displayed his versatility by becoming the only player in program history to finish in the top 10 for points, rebounds, assists and steals. He’s second in rebounds and eighth in assists.

“Going to college, no one thought I was going to succeed in the Pac-12 because I wasn’t quick enough for the Pac-12 or I wasn’t athletic enough,” Tinkle said. “I love that. It fuels it my fire. Whatever people say I can and can’t do, I feel like I’ve proved people wrong my entire life. It’s not anything new to me. My motivation stays there, my work ethic does as well, and everyone knows working hard is undefeated.”

More important than the individual accolades, Tinkle takes pride in what he and the team were able to accomplish in starting to turn around the program. Oregon State had just two winning seasons in the 24 before Wayne Tinkle, Tres’ father and a former Montana player and coach, took over the program. The Beavers have now had four winning seasons in six years.

“I think that’s the biggest thing to me more than the scoring is the legacy you leave,” Tinkle said. “Knowing that I was a part of changing history in the route of Oregon State, I don’t think it’s really been great years since Gary Payton was there, and there hasn’t been winning seasons, so to be four in six years, it’s special. It shows that we’re turning it around and it’s only going to continue to go up from here.”

Tinkle also became OSU’s first three-time all-conference pick since 1988-90 and just the fifth in program history. He won all three off those after overcoming not just one but two injuries that put his college career in jeopardy.

The first injury came when Tinkle broke a foot on a rebounding drill late in his freshman year. His recovery was supposed to be three to four months but ended up taking nearly six months as he missed OSU’s first trip to the NCAA tournament since 1990.

Tinkle returned but then broke a wrist just six games into his sophomore season. It was the lowest point of his college career, leading him to ask himself “Why me” and “What’s the point of me playing basketball if I’m going to get hurt and I’ve put everything into it?”

He considered giving up basketball, breaking down crying to his mother on the car ride home after getting a cast put on his hand. Lisa Tinkle, a former Lady Griz player, provided the push to help her son become re-energized and refocused as he realized again what basketball has done for his parents and two older sisters, Joslyn and Elle, and what it could for him in creating a better life.

“After the initial two or three weeks of feeling sorry for myself, I said, ‘Yeah, this isn’t going to be the end of me, and it’s going to make everything even more worth it,’” Tinkle said. “You see what it’s led to. I think those things happen for a reason. That’s just part of my story and makes what I accomplished feel that much better because I know how hard I worked when other people haven’t.”

Tres and Wayne also had to learn how to work with one another in a player-coach relationship. It was tough at first for Tres, a people-pleaser who felt like he didn’t get the praise other players got when he did something good and got criticized more heavily than others when he made a mistake. By the time he was back from his second injury, things were slowly starting to get smoother and smoother.

Yet, like everything else he had to navigate, it’s put him in a better position to try to prove people wrong once again as he now chases his dream of playing in the NBA.

“There are those challenging things, but they’ve turned me into the leader I am, the person and the player,” Tinkle said. “I wouldn’t trade any of it back. If I could do it all over again, I would. I loved the experience, and I loved what him and the other coaches have done with me. Just leaving my imprint at Oregon State will be with me forever.”

Tinkle family getting a lot of mileage out of supporting Tres, Wayne at Oregon State

CORVALLIS, Ore. -- The roots of a basketball family grew from the days the Tinkle children would sit in car seats and watch their parents play…