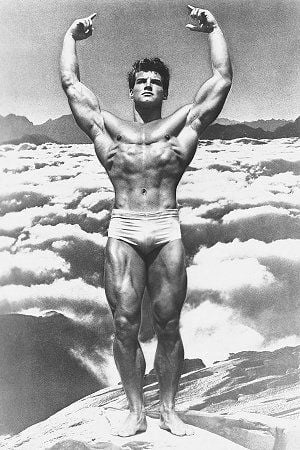 Steve Reeves poster "Perfection in the Clouds" hung on the wall of Hollywood movie mogul Cecil B. DeMille’s office. 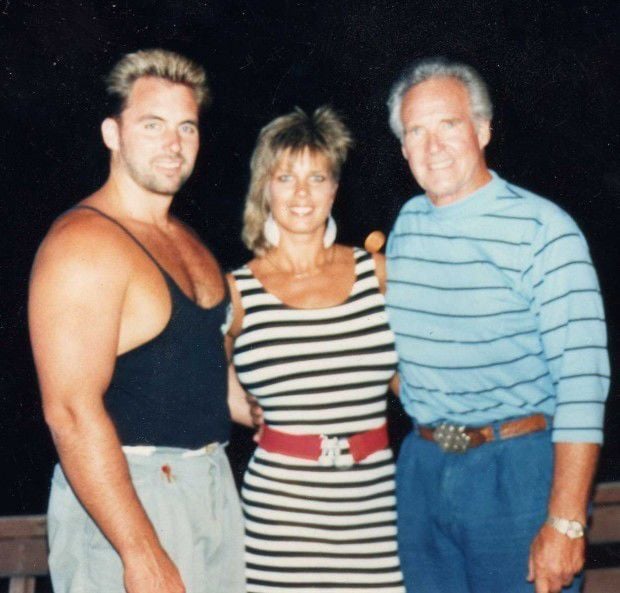 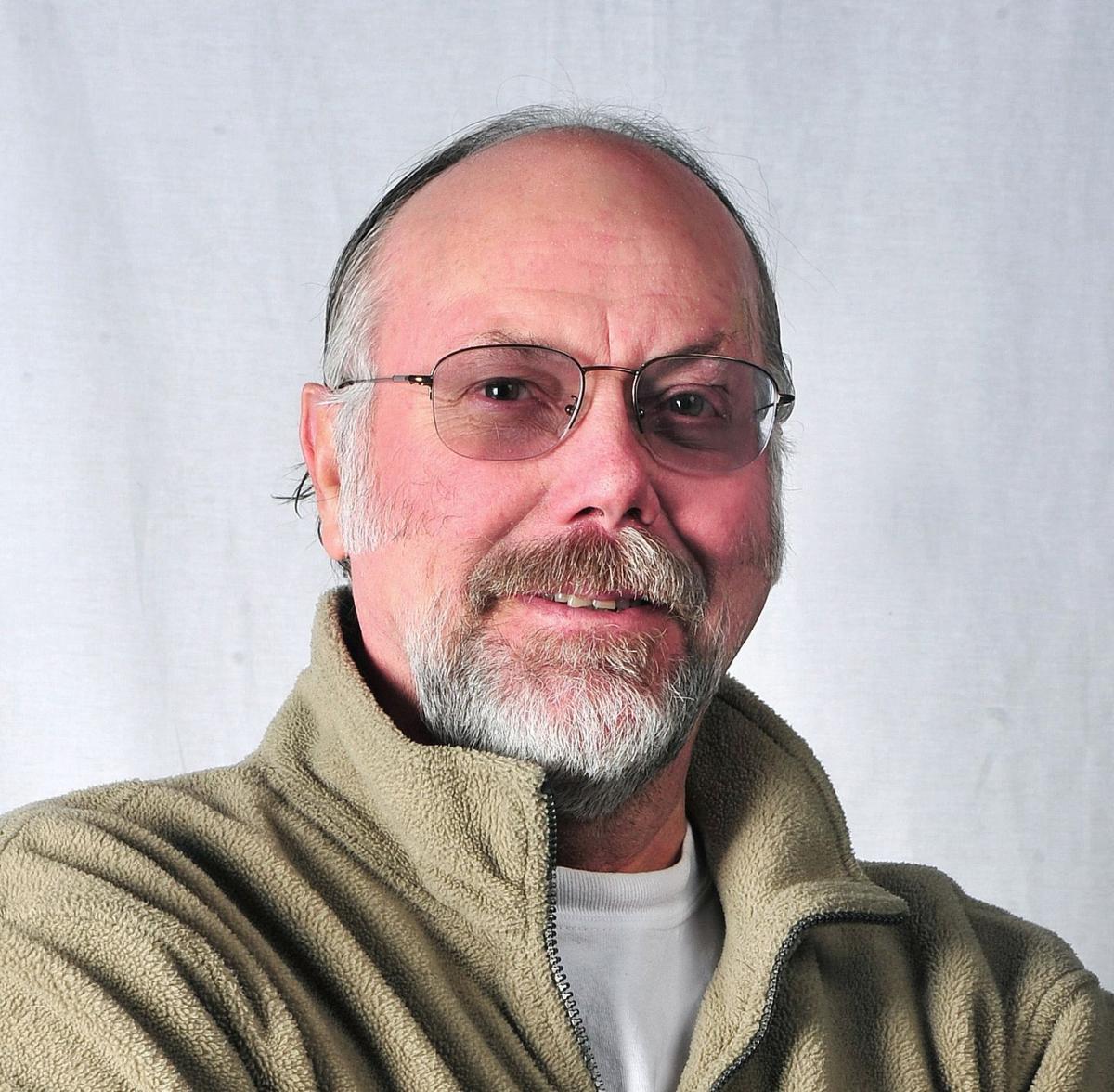 Steve Reeves poster "Perfection in the Clouds" hung on the wall of Hollywood movie mogul Cecil B. DeMille’s office.

HELENA — In 1970, 10-year old Troy Bertelsen of Helena checked out the movie “Hercules,” starring Steve Reeves, from the Lewis and Clark Library.

“I was just a little fat kid. When I watched that movie, I told myself, someday, I was going to have a body like that,” Bertlesen said in a 2011 interview.

Bertelsen started lifting weights with a vengeance, and the obsession led him to national bodybuilding competitions and the world’s strength champion. But what he never imagined was that someday he would become one of his hero’s closest friends.

Reeves reached the pinnacle of the sport of bodybuilding, before parlaying his handsome looks and incredible physique into a successful movie career, as one of the industry’s highest-paid actors.

But Reeves never forgot where he came from.

“I first met Steve at the 1985 USA Bodybuilding Championships in Las Vegas,” Bertelsen recalled. “He had a table in the lobby, and when I introduced myself, he asked ‘You’re from Montana, aren’t you?’

“I said, yes, I was, and he said, ‘So am I, I’m from Montana, too.’ And that’s all it took to be his friend,” related Bertelsen, who now resides in Bozeman. The two men went on to become good buddies.

Reeves was born in Glasgow in 1926, to Lester and Goldie Reeves. His father was killed in a freak farming accident when he was 1½ years old. During the Great Depression, in 1932, Goldie hired on as a cook at the Rainbow Hotel in Great Falls. Her 6-year old son was sent to the Montana Deaconess School in the Helena Valley.

In his book “Building the Classic Physique the Natural Way,” Reeves recounted his time in Helena. He wrote that “over the next three years” he only got to see his mother “once a month, and sometimes during the summer.”

“For $100 a year, you could send your kid to the Deaconess,” recalled Helena’s Milt Coty (now 94). “When my mother took my brother to California, and my dad was not driving bus, I stayed at the Deaconess in 1934.”

Coty does not remember Reeves, but there were several local folks who never forgot the future Hercules, including his teacher, the late Helen Welsh. Welsh always reminded her family that the famous bodybuilder /actor was one of her students.

“Mom always referred to (Reeves) as ‘One of my boys,’” said Helen’s son, Steve Welsh.

Another of Welsh’s students was Ed Bowers, who also told his family about going to school with Reeves, although his wife was skeptical.

“Whenever Ed brought up that he knew Steve Reeves from the Deaconess, I always figured he just had him mixed up with another Steve Reeves,” his widow, the late Doris Bowers, recalled in 2011.

In October of 1935, the fabled earthquakes struck the Helena area. During the month, three big shakes and thousands of tremors took place, causing $4 million in damage, and killing four people.

The Deaconess was destroyed, which Reeves chronicles in his book. “As it hit in the morning, all of us were sleeping in our beds,” he wrote. “My dormitory was on the third floor of the brick building … and everyone went running outside.”

Reeves said after everyone was accounted for, except himself, two men went back inside looking for him. The building was dark, with its power knocked out, and most of the walls were partially collapsed.

“The outside wall of the room was gone and they found my bed — with me still sleeping in it — hanging out about a foot through the opening and covered with fallen bricks,” Reeves wrote.

The following summer, Goldie and Steve relocated to Oakland, Calif. He started lifting weights in high school, and with his natural genetics, developed one of the world’s most amazing physiques.

After serving in World War II, he started competing in bodybuilding contests. Reeves won the 1947 Mr. America, the 1948 Mr. World, and the 1950 Mr. Universe in London.

And his muscles weren’t just for show, either. Several of Reeves’ feats of strength included picking up a set of 300-pound barbells with his fingertips, one-armed pull-ups, and lifting 200 pounds with his teeth.

In 1958, he starred in the Italian-made movie that became his trademark, “Hercules,” followed by its 1959 sequel, “Hercules Unchained.” Reeves made 17 movies all-told — most in Italy with his voice dubbed — with his last film in 1967, a Western called “A Long Ride Into Hell.”

He retired to a ranch near Valley Center, California, where he raised Morgan horses. Reeves remained involved in nutrition, exercise and horseback riding. He was later credited for developing the technique of power walking, and was diametrically opposed to steroid use.

Back in Montana’s Capital City, a young Troy Bertlesen was pumping iron to build up his body. After playing football for Helena High, he entered the world of bodybuilding in 1981.

Bertelsen captured the Northwest American Bodybuilding championship, as well as two Super Bowl of Strength championships. In 1988, Bertelsen started his own gym in Whitefish, with Hercules himself, Steve Reeves, helping with the grand opening. But Reeves had other plans for his young buddy.

“When I first met Steve, he said if I ever got down to 200 pounds to look him up, and he’d see about getting me in the movies. So 10 years later I did, and he did,” Bertelsen said.

Bertleson spent the latter part of the 1990s in the movie industry in Los Angeles, working at Reeves’ ranch between gigs. Once when Reeves visited Whitefish, he borrowed the Bertelsen’s car and put 3,000 miles on it, visiting his relatives in Havre, Hamilton, Big Sandy, Scobey and Lewistown.

Bertelsen said that whenever the two men traveled together, they were often mistaken as father and son. “He always referred to me as his illegitimate son, and his girlfriend told me that I was the son he never had,” Bertelesen said.

When Reeves became seriously ill in 2000, Bertelsen went to see his friend in the hospital, despite Reeves’ insistence to the contrary.

“But when I got there, he told me he was glad I came,’” Bertelsen said.

Reeves told Berelsen that after he got out of the hospital, he was going to sell everything and go horseback riding in Montana. But he didn’t make it, passing away on May 1, 2000.

Reeves’ last wishes were fulfilled after cremation, however, when some of his ashes were spread over the Big Snowy Mountains (which reminded Bertelsen of Mount Olympus). The remainder were buried two years later in the Scobey Cemetery, next to his father Lester.

The headstone was paid for by the profits from Bozeman’s WFNA Big Sky Natural Physique Classic.

“All he ever wanted was a family,” said Bertelsen, who is working on a screenplay of his memories of Reeves. “Of everything he ever gave me, his greatest gift was breathing his last breath on my arm.”

NOTE: This article originally appeared in the IR in 2011.