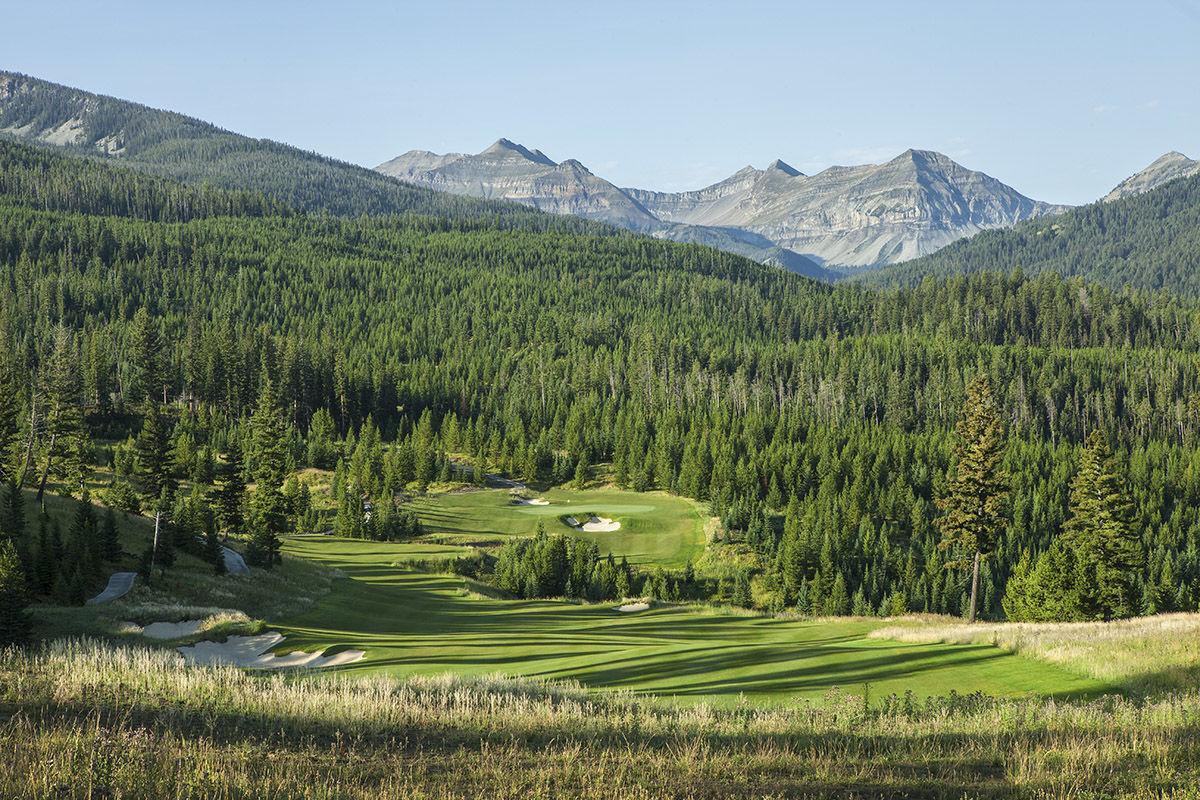 The par-5 sixth hole at The Reserve at Moonlight Basin in Big Sky was the second-to-last played by Tom Brady, Bryson DeChambeau, Phil Mickelson and Aaron Rodgers at "The Match" on Tuesday. 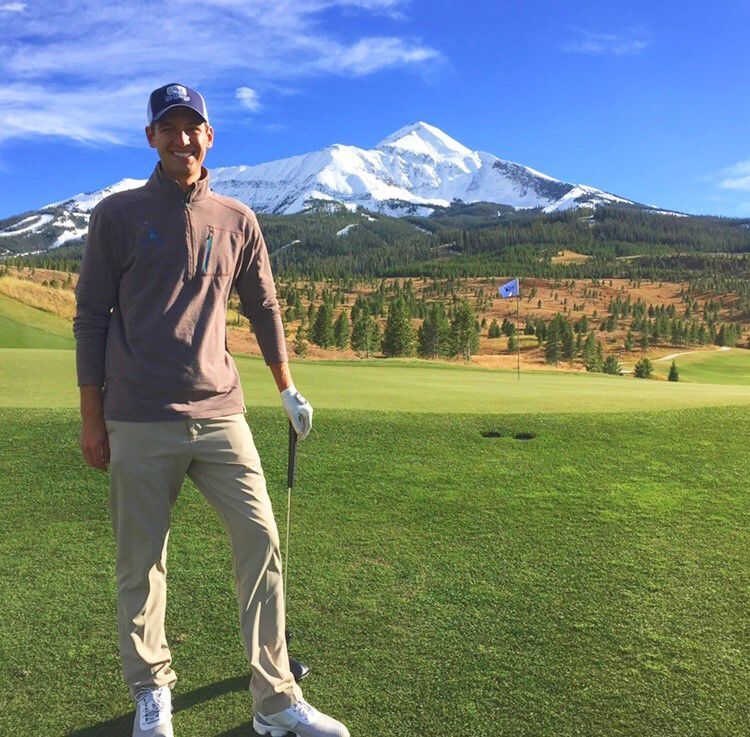 Greg Wagner, pictured in 2019 at The Reserve at Moonlight Basin in Big Sky, is the resort's director of golf. 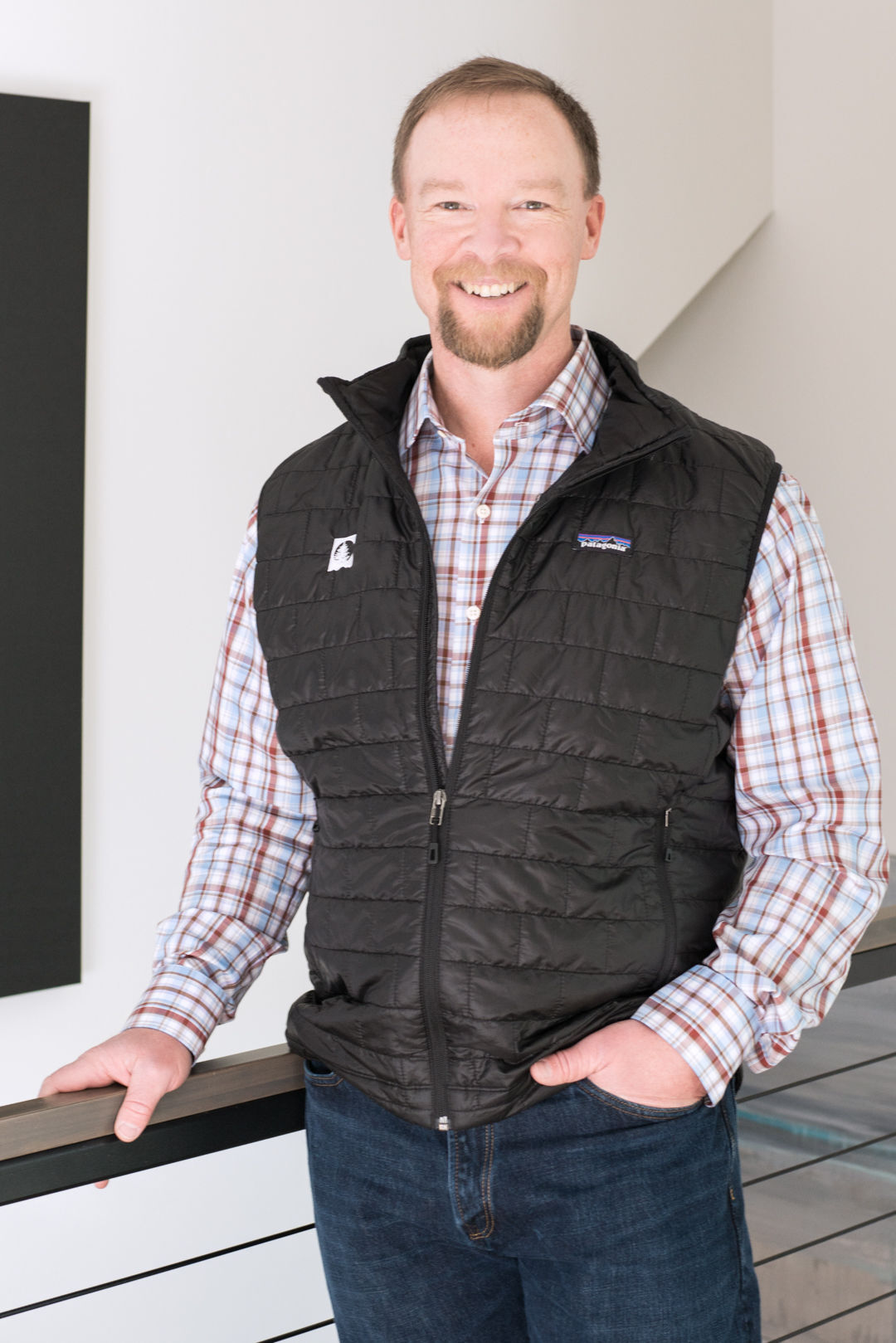 BOZEMAN — A crew from Turner Sports visited Big Sky in late May. They were preparing for the fourth edition of “The Match” golf event.

The latest Match, which featured legendary NFL quarterbacks Tom Brady and Aaron Rodgers and PGA Tour stars Bryson DeChambeau and Phil Mickelson, was played Tuesday at The Reserve at Moonlight Basin. Barely more than a month earlier, the golf course was buried under 10 inches of snow. The conditions provided some memorable reactions from the Turner crew members making their first visit to the site.

“It was kind of comical,” Moonlight Basin director of golf Greg Wagner told 406mtsports.com over the phone Wednesday. “They were just trusting us that there was green grass under all that snow.”

The snow melted well before Tuesday’s Match, so The Reserve’s perfectly manicured fairways and greens were on display for the (at least) hundreds of thousands of people watching on TNT. The match play event wasn’t even hit by a thunderstorm, which can feel like a daily occurrence during the summer in Montana (The Reserve got rain both the day before and after the event).

The sunny, 80-degree weather was one of many things that went right at The Match. It was “a dream come true” experience for all of the Moonlight Basin employees and members involved, the resort’s general manager Mike Wilcynski said Wednesday.

Two of The Match’s participants, Brady and Mickelson, are members of the Yellowstone Club, but neither were the main architects of Tuesday’s event, according to Wagner and Wilcynski. None of the four stars had even played The Reserve before The Match (some played practice rounds in the days prior).

The ball got rolling back in April, when Hollywood producer Bryan Zuriff reached out to Yellowstone Club and Moonlight Basin owner Sam Byrne, per Wilcynski, who has worked at Moonlight Basin for 17 years. Zuriff, who co-created The Match and has produced all four, has Big Sky ties, and he honed in on The Reserve for the fourth edition. On May 26, with snow still blanketing Moonlight Basin, The Match was announced.

Wilcynski and his team spent the subsequent weeks preparing the course to Turner’s liking. Hundreds of Turner employees got to Moonlight Basin about two weeks ago to set up the broadcast booth, on-course cameras and the loads of equipment that made the six-hour broadcast possible. Some of Wilcynski’s workers walked the course on Monday so Turner could test the audio (all four Match players were mic’d up).

Spectators weren’t allowed at The Match for several reasons, mainly because it was a made-for-TV event. Turner also had some COVID-19 restrictions in place, and it would have been difficult for fans to see much of the action — the players were in golf carts, and The Reserve features massive elevation changes.

“Having those individuals up here, we had to be pretty careful about it,” Wilcynski said, referring to the four athletes. “Being a live event, it's just important to make sure that those guys can get around and achieve their goals. That was a large part of the reason why the security was in place.”

Still, dozens of people graced the course during The Match, Wilcynski estimated. Most were camera operators and other Turner employees, and others were with the athletes’ management teams, Wilcynski said. Seven Moonlight Basin employees, including Wagner, were out there as well. Some assisted with the audio equipment. Wagner, who’s in his seventh year at Moonlight Basin, mainly served as a spotter and a backup set of eyes for PGA Tour rules officials Ken Tackett and Gary Young.

Wilcynski could have been on the course, too, but he chose to hang out on the event lawn with the 400-plus other Moonlight Basin members who were there for a Match watch party. Wilcynski and the others at the party could still see the four players warm up on the putting green and hit their tee shots on holes No. 1 and 10.

“The members know the golf course, so that was a cool experience for them to be present on site and view it live essentially and being able to react to the shots,” Wilcynski said. “It was a really cool atmosphere.”

Other than the inability to hear the TNT broadcasters talking to the four players, Wagner didn’t feel like he was missing much. He got to witness firsthand some incredible shots, such as DeChambeau’s “electric” chip-in on the opening hole, as Wagner described it, and tee shots from DeChambeau and Brady that hit the green on the 390-yard third hole (No. 12 at The Reserve).

“Just incredible to see guys on that level execute shots that our members are challenged by,” Wagner said. “It was cool to see some of the shots played how the course was designed.”

Viewers were denied a 500-plus yard drive on the 777-yard 17th hole (the eighth hole during The Match). Mickelson’s tee shot found a bunker about 400 yards down the mountain. Another yard and it would have bounded down the fairway in the 500-to-600-yard range. DeChambeau’s bomb went 480, robbed of more distance by the rough.

During a practice round Monday, Wilcynski saw DeChambeau carry his drive 550 yards on the nearly 800-yard hole. He had 197 yards left and hit 8-iron into the green (he and Rodgers beat Brady and Mickelson 3 and 2).

For every amazing shot at The Match, there was a ball that ended up in the woods. Some of the members went searching for those lost balls during their rounds on Wednesday, Wagner said.

Wagner had conversations with all four of The Match’s stars. Mickelson gave the course setup a 10 out of 10, and DeChambeau “said Moonlight is a course he could see himself playing every day and having a blast,” Wagner said.

“It was pretty fun listening to those guys talking behind the scenes saying, ‘Are you getting that shot?’ ‘Make sure you get that mountain.’ ‘Oh my god, look at that scenery,’” Wagner said.

Moonlight Basin has been flooded with messages from people praising The Reserve, with some hoping to finagle their way into a tee time at the private course.

“The reaction, the emails, texts, things from friends, family, from members that weren't able to attend or people that just kind of know the history here, that's hard to put into words,” Wilcynski said. “It certainly met the expectations of the broader membership here and our team. All I can say is that it was just an absolute blast.”

The Reserve wasn’t even an 18-hole course until 2015. If you had told Wagner then that his course would be hosting a massive golf event six years later, he would have laughed, he said.

“I used to say, ‘It’s the coolest course you’ve never heard of,’” Wagner said. “Now the world’s got their eyes wide open to it.”

Montana provided the backdrop as two of the best golfers with two of the greatest NFL quarterbacks competed while raising millions of dollars for charity on live national television.