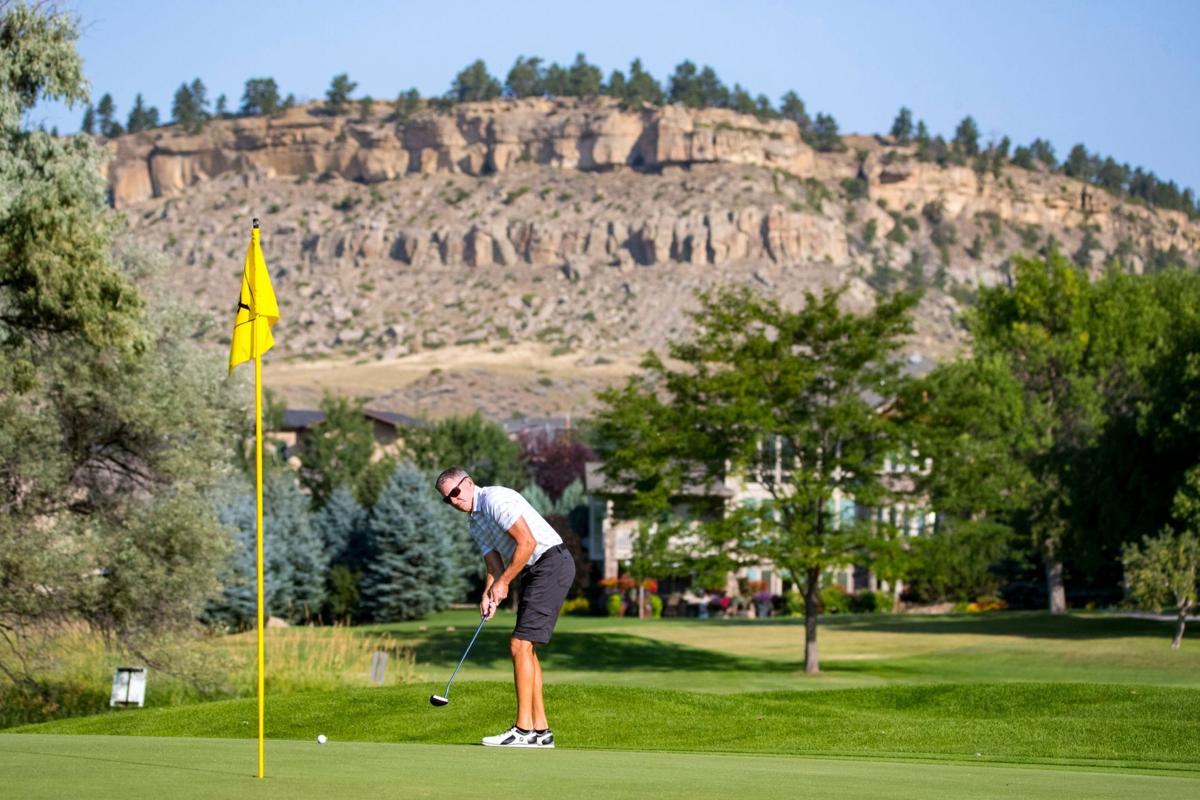 Tom White putts during the final round of the Montana State Men's Senior Golf Tournament at Yellowstone Country Club on Aug. 8, 2019. This year's tournament was canceled, but seniors will be able to compete for the inaugural Men's Senior Amateur Championship this weekend at Yellowstone CC. 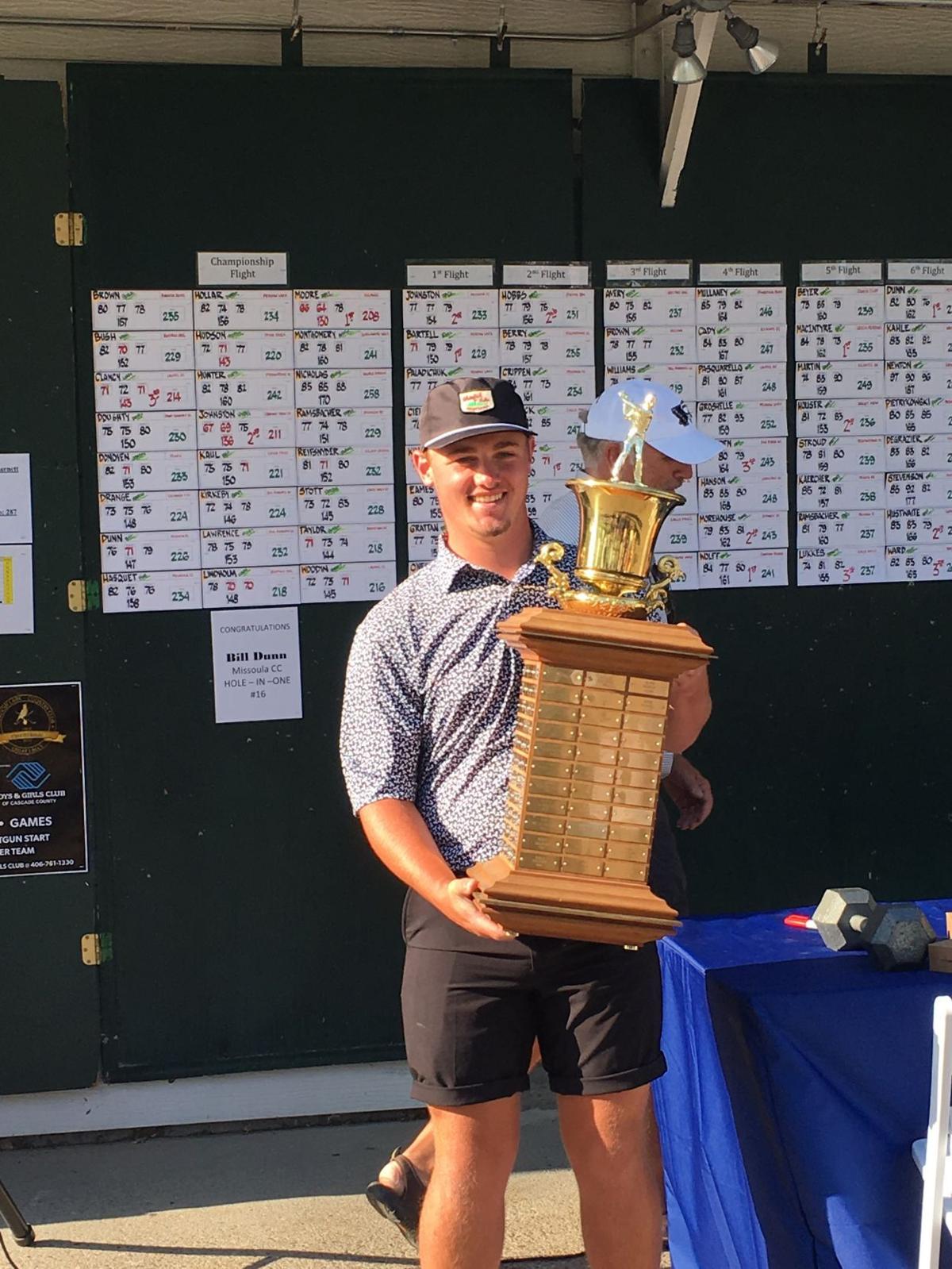 The 2019 Montana State Men's Amateur champion Joey Moore will try to repeat this weekend in his hometown of Billings. 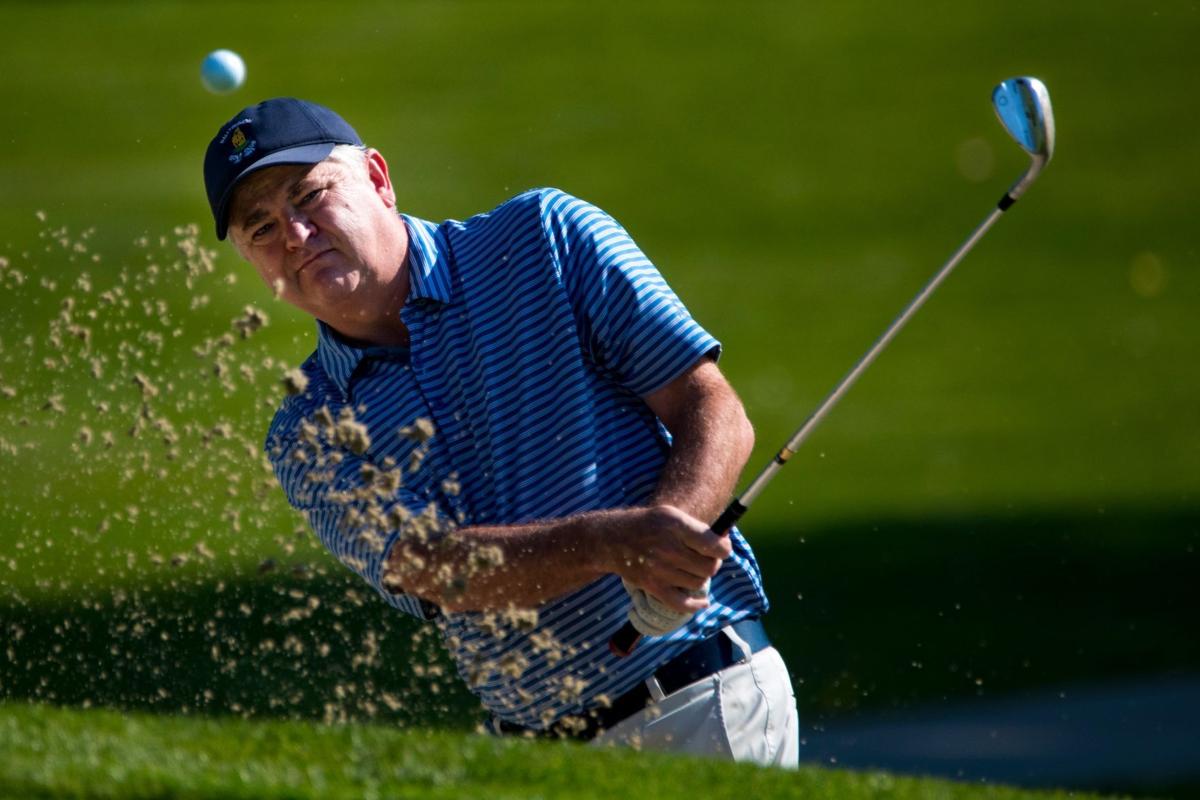 Last year's Men's State Senior champion Jerry Pearsall, pictured during the tournament at Yellowstone Country Club in August 2019, is in the field for the inaugural Men's Senior Amateur Championship.

Tom White putts during the final round of the Montana State Men's Senior Golf Tournament at Yellowstone Country Club on Aug. 8, 2019. This year's tournament was canceled, but seniors will be able to compete for the inaugural Men's Senior Amateur Championship this weekend at Yellowstone CC.

The 2019 Montana State Men's Amateur champion Joey Moore will try to repeat this weekend in his hometown of Billings.

Last year's Men's State Senior champion Jerry Pearsall, pictured during the tournament at Yellowstone Country Club in August 2019, is in the field for the inaugural Men's Senior Amateur Championship.

BILLINGS — Despite rising case counts of COVID-19, the 103rd Montana Men's State Amateur Championship will be played this weekend. But the coronavirus pandemic has caused the Montana State Golf Association to make several changes in preparation for the annual tournament.

The State Am is scheduled to run from Thursday through Saturday at Yellowstone Country Club, as is the inaugural Men’s Senior Amateur Championship. Nearly 200 total golfers will share the course this weekend, and they will be required to follow many health guidelines in order to keep the tournaments on track.

The MSGA has hosted the Men’s State Am, the Men’s Mid-Am, the Women’s State Am and the Women’s Senior Am for decades. Before this year, the MSGA did not offer a men’s senior amateur championship, mainly because the Montana State Senior Golf Association has run such a tournament for almost 70 years.

More than a month ago, the Senior Golf Association’s board of directors canceled the 2020 Montana State Senior Golf Tournament (scheduled to be played in Missoula from Aug. 4-6) because of COVID-19 concerns.

The Senior Golf Association “could not satisfactorily ensure the safety and well-being of tournament participants given that the majority of our members fall under the status of being in the vulnerable population, including those age 65 and older,” the board wrote in a letter to its members.

The MSGA’s board of directors decided to add the Senior Amateur tournament last month. The event is not meant to replace the Senior Golf Association’s tournament, the MSGA wrote in its July newsletter, but to serve as a complement. The MSGA limited the Senior Am field to 75 golfers (all at least 55 years old) playing one course. The State Senior Golf Tournament features more than 300 players spread out over three courses each summer.

“Our board thought that 2020 should have a state senior champion,” MSGA executive director Jim Opitz told 406mtsports.com Tuesday.

This weekend’s tournaments will be played while Montana and Yellowstone County are dealing with their worst outbreaks of COVID-19 since the pandemic began. A state that didn’t add more than 32 daily cases before June 25 has reported an average of almost 90 per day over the last week. Yellowstone County had 32 new cases on Tuesday, and several residents at Canyon Creek Memory Care in Billings have died from the disease since last Monday.

The MSGA has not consulted RiverStone Health about the tournaments, but Opitz said Yellowstone CC has served as a conduit between both organizations. RiverStone spokesperson Barbara Schneeman said the health organization does not endorse or sanction any events within Yellowstone County, but she did not say the event should be suspended.

“People hosting events and tournaments do so under their own risk,” Schneeman said.

The MSGA and Yellowstone CC have followed federal, state and local health guidelines in preparation for the State and Senior Ams, Opitz said. The MSGA has told golfers not to touch flag sticks this weekend. Yellowstone CC will not have any ball washers or bunker rakes, and there will not be a scoreboard. Food for the players will be served outside in boxes. No more than 50 people will be allowed in a room at the club. Tournament workers will wear masks, and the MSGA has asked players to put masks on when they go inside.

“It’s like everything else, you’re just sort of day to day. We feel as comfortable as you can feel,” Opitz said. “But you hold your breath because everything is tenuous. We hope to keep everybody healthy and get through the weekend.”

“A stacked field” will compete at both tournaments, Opitz said. More than 127 golfers will play in the State Am, and 65 signed up for the Senior Am. The State Am field includes four former State Am winners, including last year’s medalist Joey Moore of Billings, and five former Mid-Am winners, including 2019 champion and Yellowstone CC member Josh Hedge, per Opitz. Last year’s Men’s Senior winner Jerry Pearsall — also a Yellowstone CC member — is one of multiple former champions playing for the Senior Am title.

“There’s just a lot of interest in golf right now, based on all of the things going on with other sports,” Opitz said. “We’re looking forward to the week, and just hoping everything goes well and everyone stays healthy and the weather holds.”

Billings-area golf courses altered, but not shuttered, by spread of COVID-19

While other businesses have been forced to shut their doors, golf courses have remained open. But they haven't been immune to the effects of COVID-19.