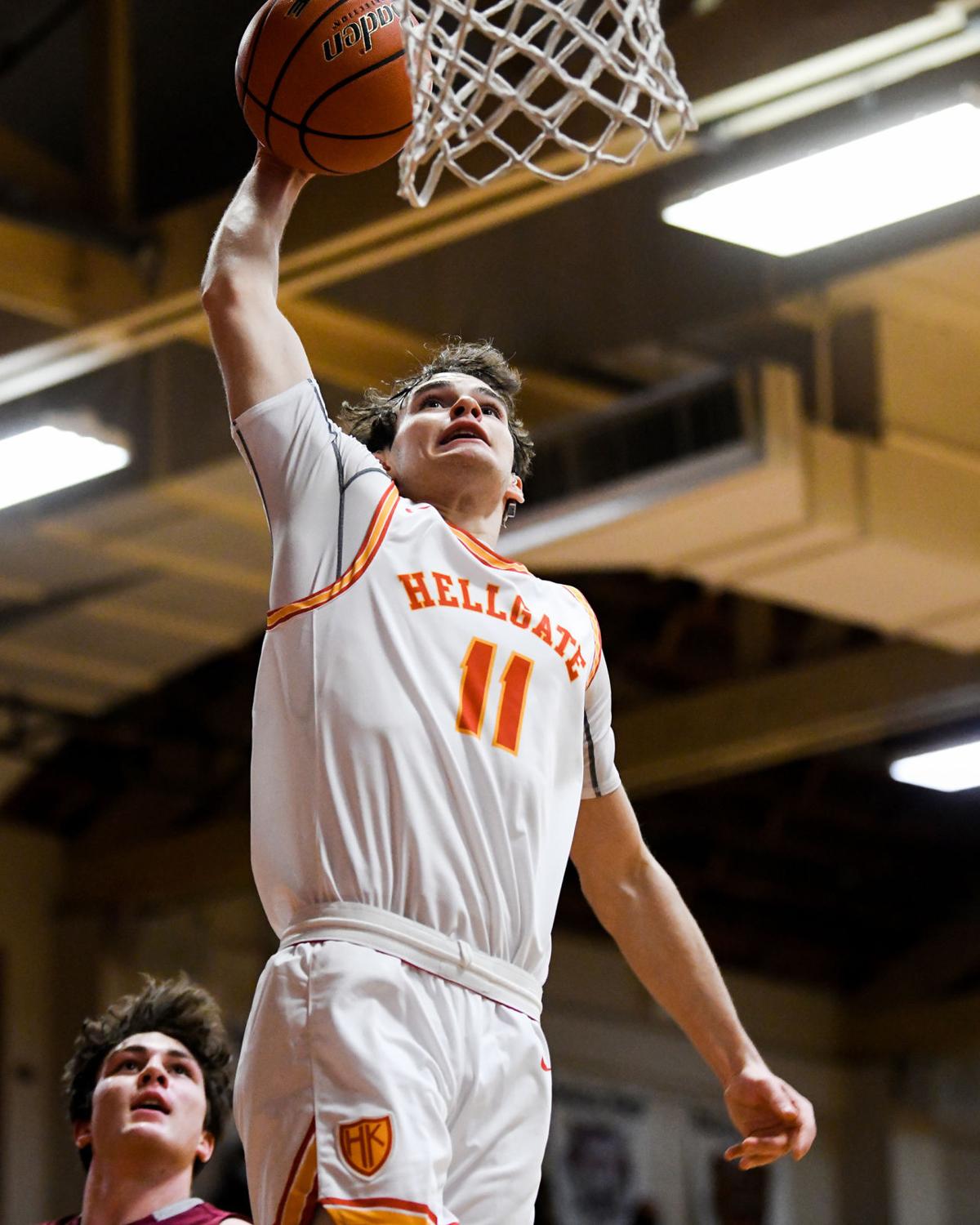 Hellgate’s Josh Wade (11) goes for a dunk during the Knights’ home opener against Helena Thursday night. The Knights defeated the Bengals, 47-41. 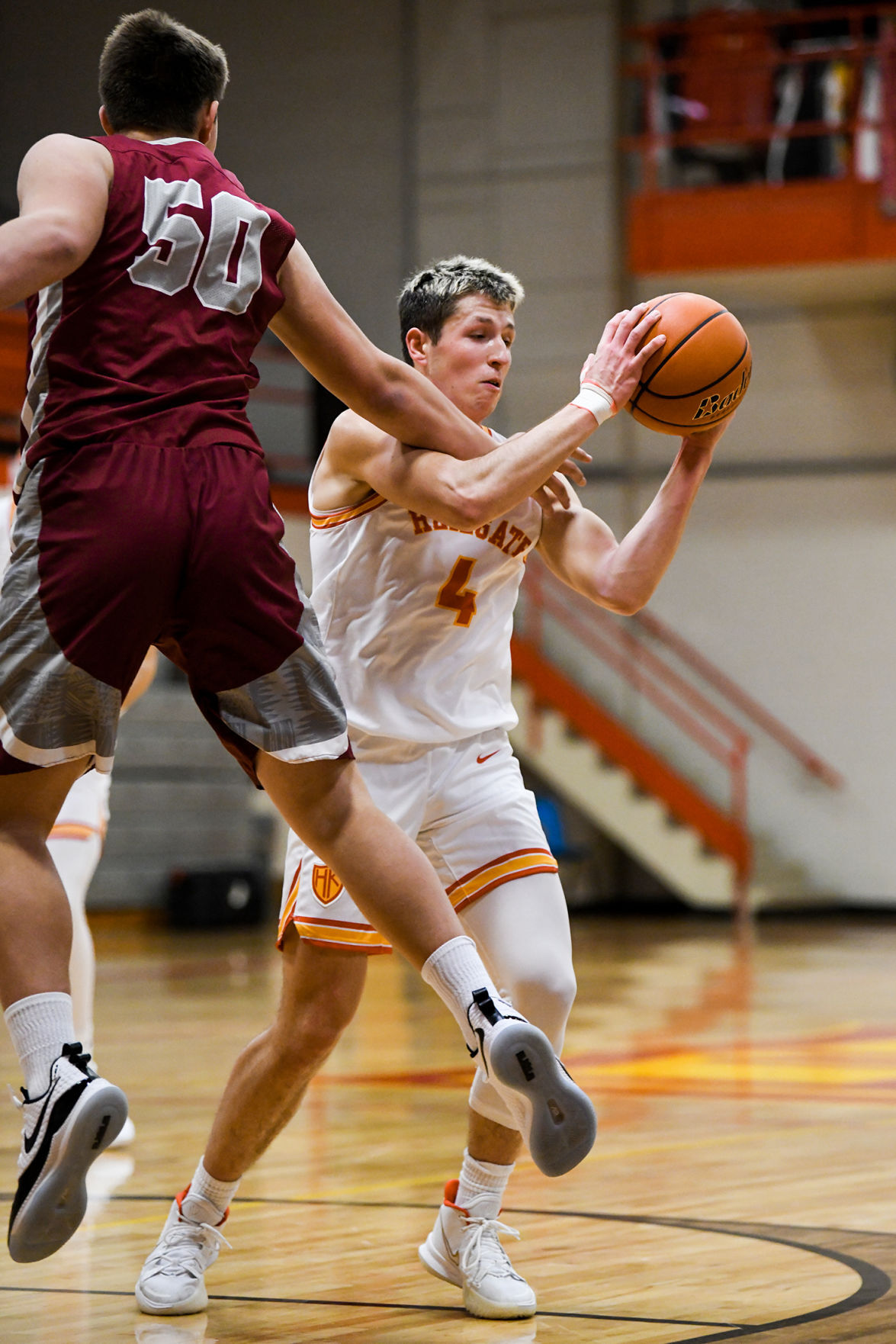 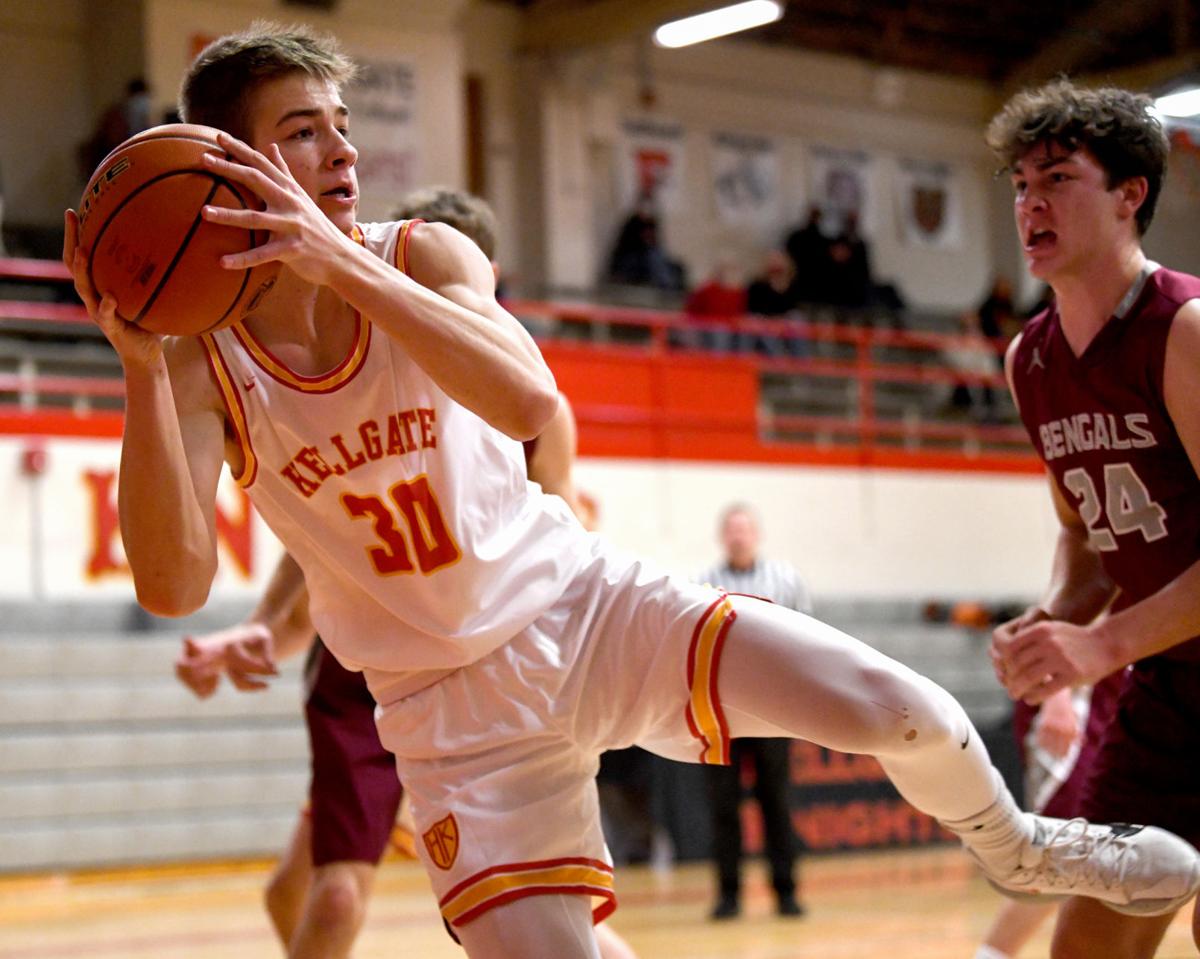 Hellgate’s Josh Wade (11) goes for a dunk during the Knights’ home opener against Helena Thursday night. The Knights defeated the Bengals, 47-41.

MISSOULA — When you've built up a winning tradition like the Hellgate Knights, all your adversaries are going to be on the lookout for loose rivets in your suit of armor.

Any one of them would love to say they were the ones to end your long winning streak. To them it doesn't matter who was lost to graduation — they just want to be able to boast they knocked off a team that went 23-0 last season.

Helena took its best shot in Thursday's season opener for the Knights. But Hellgate survived a late run by the visiting Bengals, using 15 points by senior Josh Wade to emerge with a 47-41 win.

In case you're keeping track, that makes 24 wins in a row now for Hellgate. Plus it's 32 straight wins in regular-season play and 13 straight wins over the Bengals.

"I think we got exposed there in the fourth quarter, but it's early in the season," said Hellgate veteran coach Jeff Hays, whose team saw a 21-point lead whittled down to four points late.

"Basketball is a game of runs, both good and bad. I thought we had a terrific surge, finishing the second quarter strong and then that third quarter was very good basketball. We moved it well, shot it well, and defensively we were active."

Hellgate's 17-2 run to start the third quarter defined the game. Beckett Arthur drained a pair of 3-balls to start the period and Cayvence LaRance added another, leaving the Bengals a little shell-shocked.

"We needed to come out with a little more energy in the third quarter," Helena coach Ron Watson said. "We didn't do a very good job of taking care of the ball.

"But credit to them. They did a great job with their press and getting deflections and getting steals ... They're physical and athletic. As they start to play more and more together, they're only going to get better and better."

Hellgate took a 43-22 lead into the fourth quarter but Helena was not about to go away quietly. The Knights went ice cold, hitting just 1 of 8 shot attempts from the floor in the final frame, and the Bengals capitalized by pulling within four, 45-41, with 5.5 seconds left.

Had Helena shot better from the free throw line — the team missed 7 of 9 attempts in the fourth quarter — the game would have been even closer. As it turned out, Wade's two free throws with precious few seconds left were important, and the Bengals were never able to make it a one-possession game.

"I think they felt pretty good about themselves and got a little lackadaisical," Hays said of his team. "They got into us, made us uncomfortable, and I felt like we let missed shots or turnovers impact our effort at the defensive end.

"We knew they weren't going to quit and they kept coming at us. But it's a good learning experience. I'm proud of our effort."

Wade, a captain for this year's Hellgate team, put the win in perspective.

"We're a pretty inexperienced group, so they made a run at us," he said. "But just getting a win builds the confidence."

Joining Wade in double figures scoring for the Knights was the junior LaRance with 12 points. Wade was 4 for 9 from the field and LaRance was 5 for 10. The rest of the Knights shot a collective 8 for 25.

Senior guard Austin Zeiler led the Bengals with 15 points. But he was 2 for 7 from the foul line in the fourth quarter.

Hellgate, who is expected to get healthier as the season wears on and will add depth to its roster, will play at Helena Capital on Saturday afternoon.