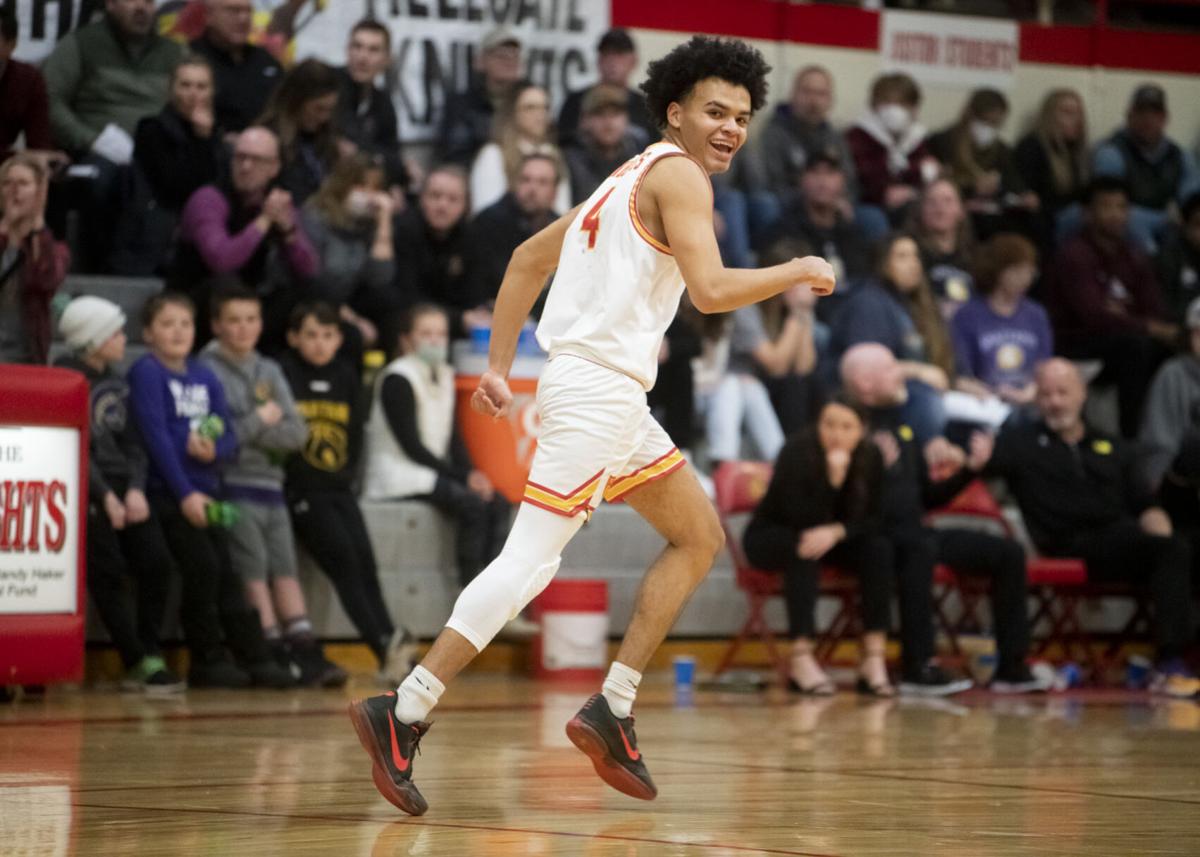 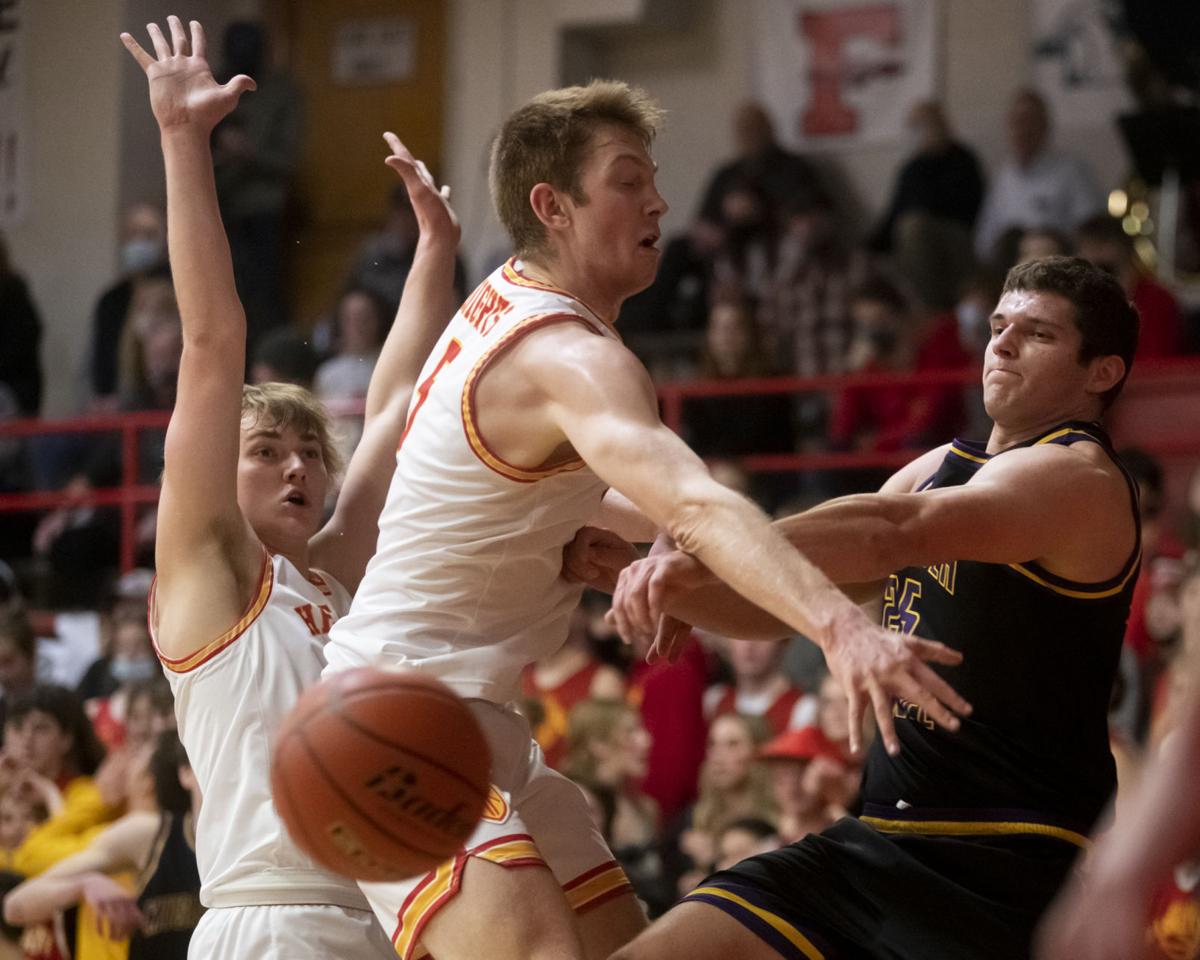 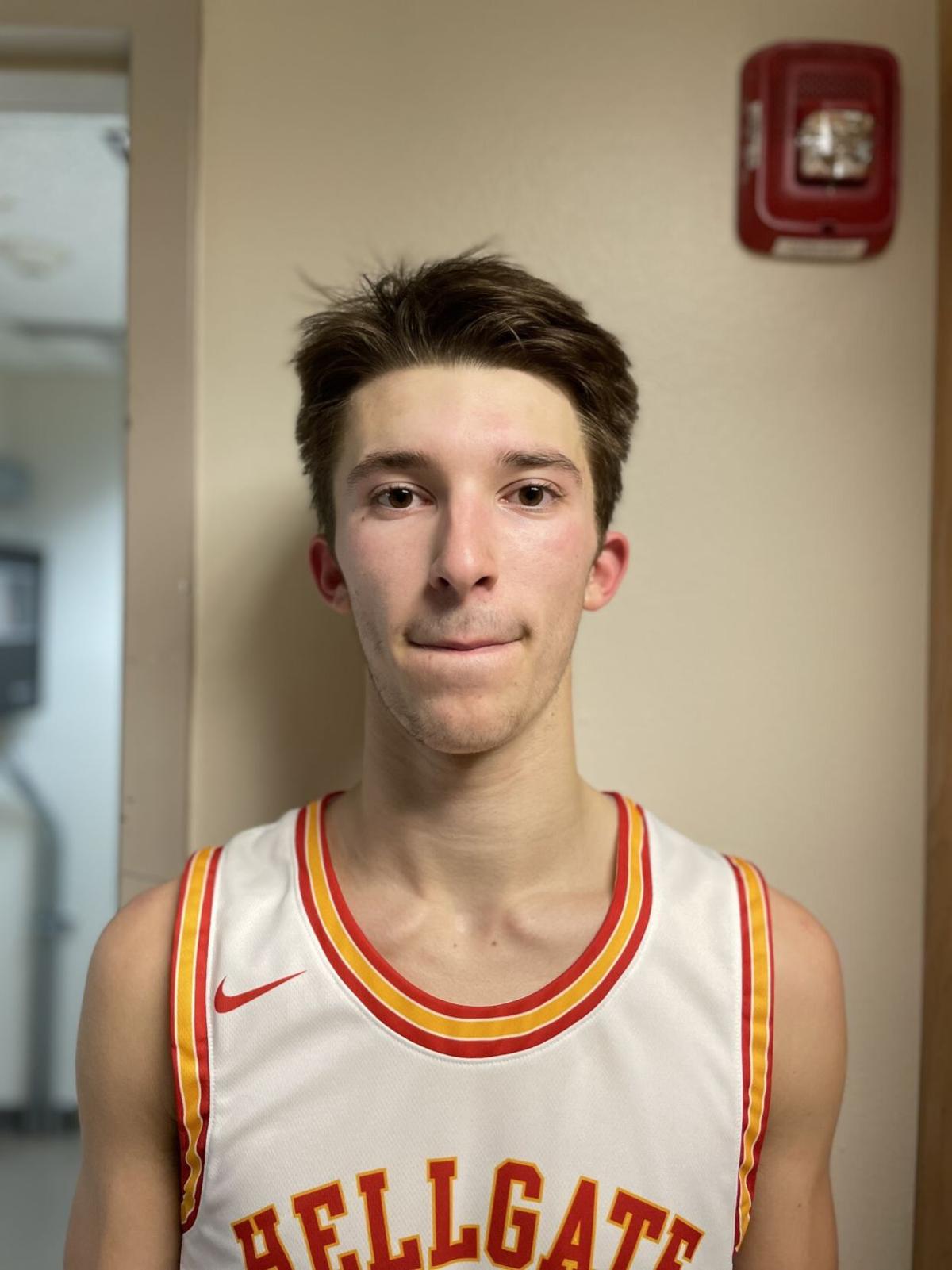 Many people didn’t get to revel in what’s been a standout battle on the hardwood in recent years because the pandemic limited crowds. Topp didn’t get to play in those games because he missed the whole season after he tore the left labrum in his shoulder while making a tackle on the football field, leaving him with five anchors in his non-shooting shoulder following surgery.

Topp, a 6-foot-2 junior guard for the Knights, came up big in his first crosstown action, pouring in 20 points on Thursday as Hellgate snapped fifth-ranked Sentinel’s four-game winning streak with a 66-54 home win. The Knights improved to 3-3 overall, while the Spartans fell to 4-4.

“It felt great to knock them off,” Topp said. “To do it in a legitimate atmosphere with a full-blown student section was amazing.”

Topp made five 3-pointers, including four during the second quarter as the Knights outscored the Spartans 26-10 to turn a 5-4 deficit after one quarter into a 30-15 halftime lead. He made five free throws on eight attempts in the fourth quarter to help stymie Sentinel’s comeback bid.

The Knights hit eight 3-pointers, with Dre Bowie sinking a trio of treys on his way to 13 points. Ian Finch and Brogan Callaghan each scored nine points.

“My shots were just falling, and I felt great,” Topp said. “I just had that confidence, and my teammates kept feeding me the ball.”

Hellgate is working to find its identity after graduating its top two scorers from last year's team that lost in a state play-in game on a buzzer-beater. It was a premature end to the year for the Knights, who were the No. 2 seed in the Western AA and the fourth-ranked team in the state.

The Spartans, meanwhile, had won four games in a row after starting 0-3 and rose to a No. 5 ranking in Class AA heading into their second crosstown showdown of the week. They posted a 60-54 home win over Missoula Big Sky on Tuesday.

Thursday’s defeat marked the first crosstown loss for Sentinel head coach Jason Maki since he took over his alma mater last season. He had been 5-0, including a 4-0 mark last season to win the city championship on the team’s way to a third-place finish at the state tournament.

Kaden Sheridan led the Spartans with 13 points, while Drew Klumph added 12. They combined for 11 points in the four quarter as Sentinel tried to mount its comeback.

“They’re a very good team, so tonight goes to show how well we played,” Topp said. “We shot the ball well, had good passing. Griffin Kinch, our center, is a great passer out of the post, we run our offense through him. It was a great team win.”

Sentinel senior Peyton Stevens didn't play. The 6-foot-7 forward sat on the bench with ice taped to his left ankle after appearing to injury it during warmups.

The second game of the series will be Feb. 11 at Dahlberg Arena, the home of the Montana Grizzlies.

Highlights and top scorers from the night's hardwood action.