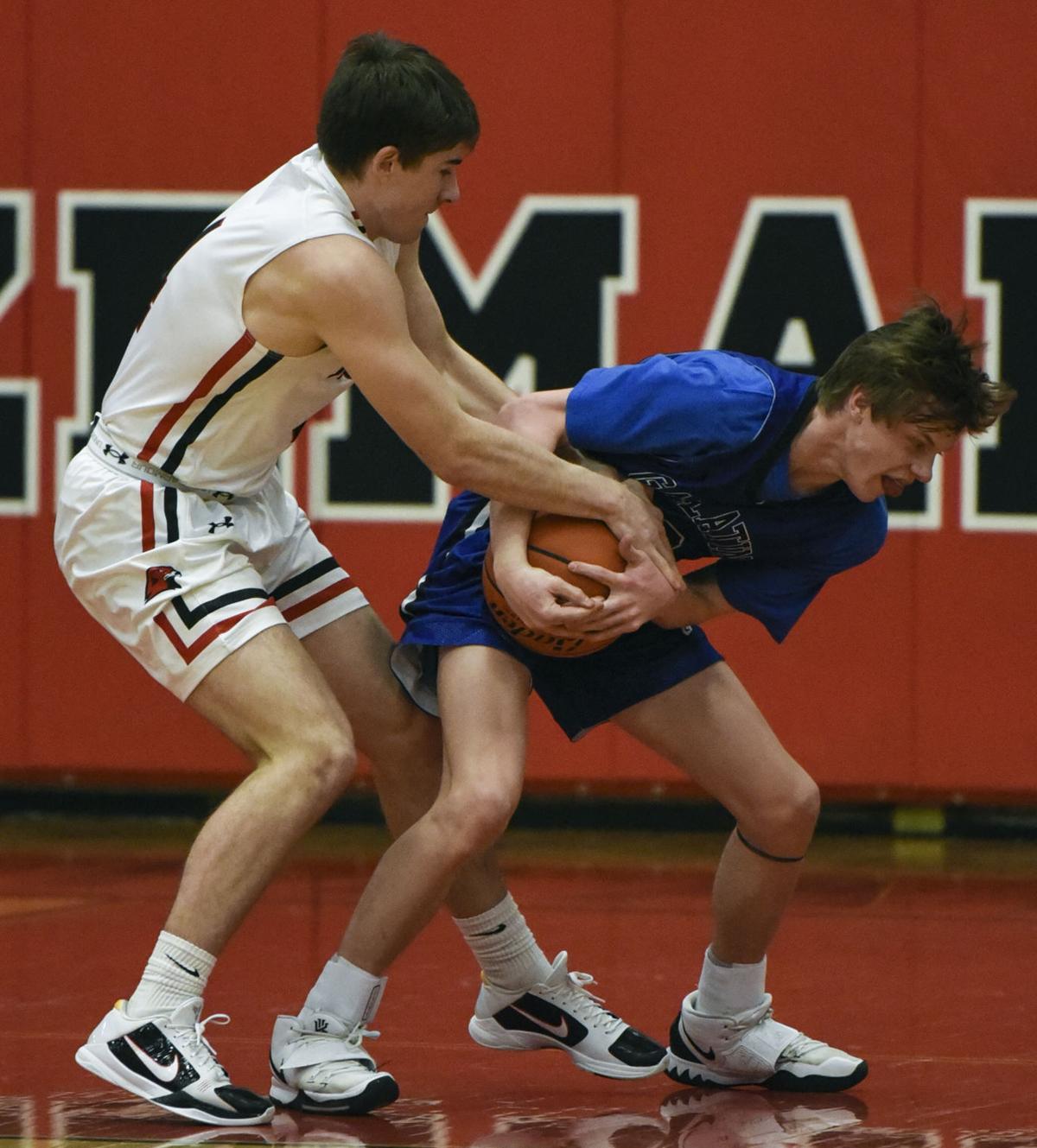 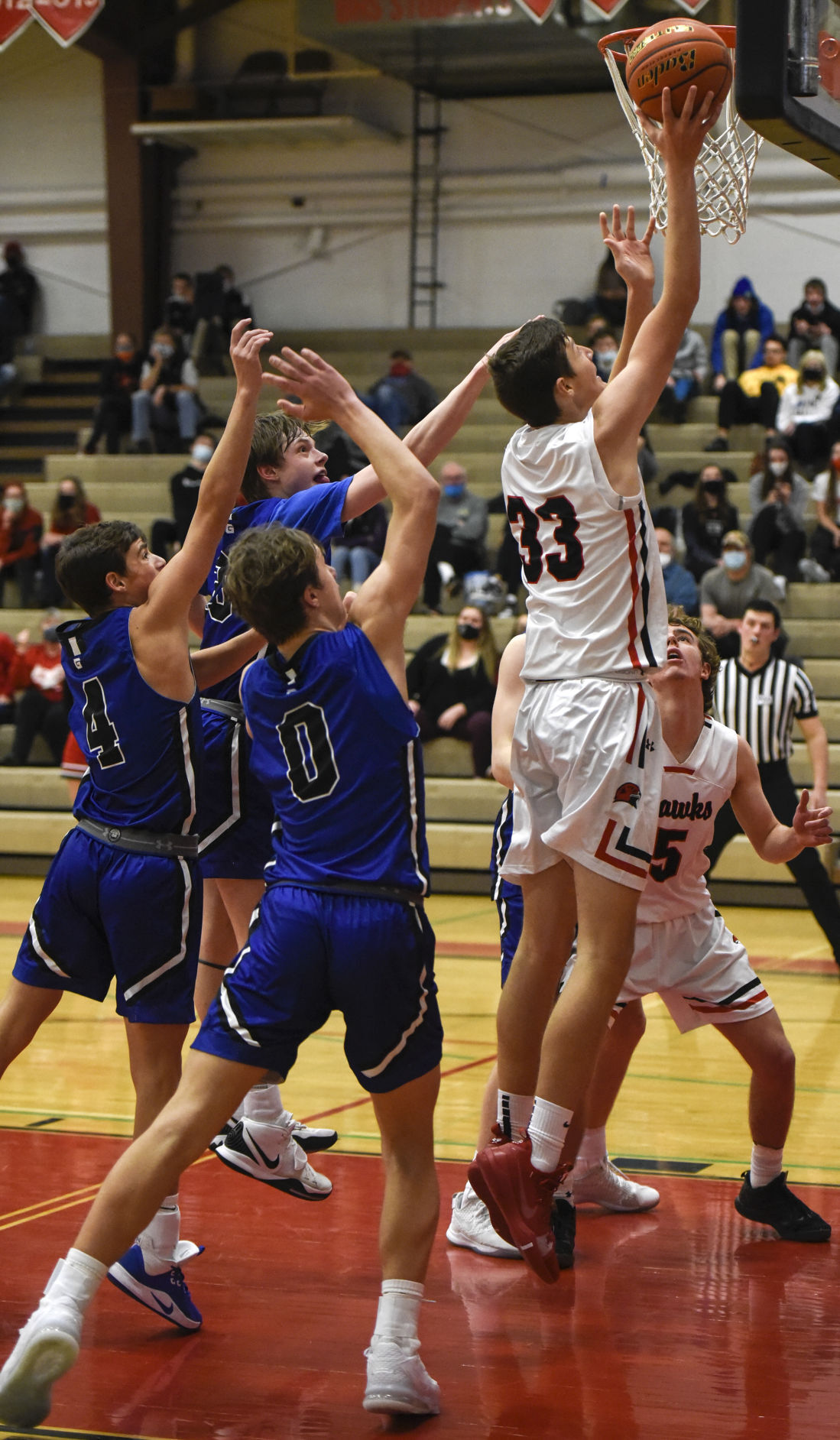 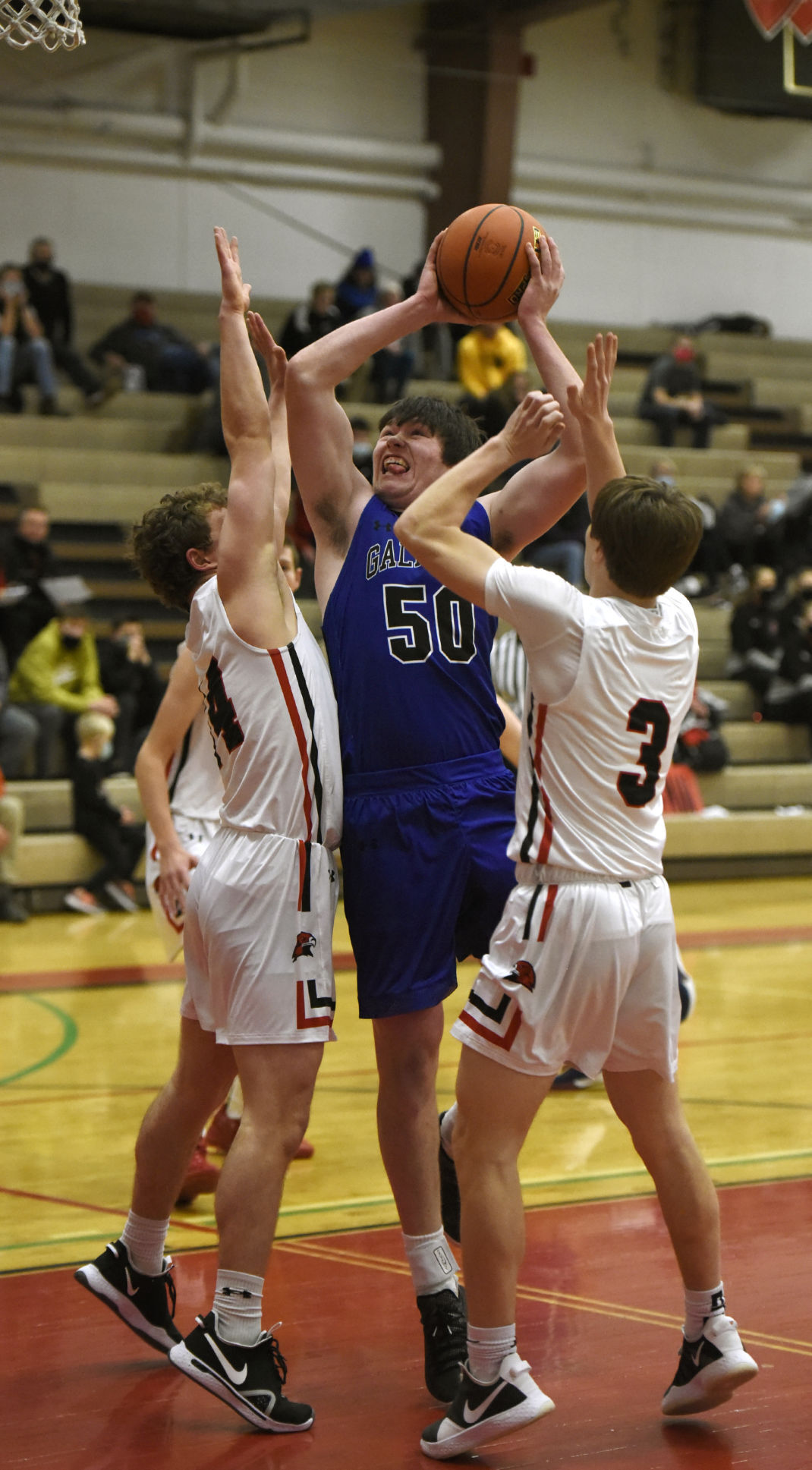 BOZEMAN — As Ty Huse let his 3-pointer go, everything in Bozeman High’s gym seemed to stop.

Gallatin, a first-year program with no seniors, had taken back a lead it lost late in the fourth quarter with a Garrett Dahlke fast-break layup. Bozeman went over its play during a timeout with 4.6 seconds left, and it resulted in Huse’s good look at the basket. He just wanted to get a shot off to give his team a chance.

Gallatin’s Rylan Schlepp has played with Huse before. Players from each team had plenty of relationships like this. Schlepp knew Huse was a sharpshooter and was sure this one would sink.

But it just bounced out. That attempt, nor an ensuing putback, could stop the Raptors from pulling off a victory.

The Raptors battled to hold onto a 62-60 win over the Hawks in their first crosstown rivalry game on Thursday. As the final buzzer sounded, Gallatin players began jumping and cheering, soaking in their program’s first win. Exhilaration from fans ensued, and students stormed the court.

“It was great,” Schlepp said. “First win in school history, and it’s great to do that against your crosstown rival.”

Neither team led by more than four points in the fourth quarter. Both teams exchanged scoring plays, each more intense than the last.

With just 12 seconds left, Dahlke turned a steal into a go-ahead transition layup, sending Gallatin’s sideline into a frenzy.

The Hawks had a shot to win, but the Raptors held on.

“Beforehand, we had nothing to lose, and that’s what makes us dangerous,” Gallatin’s Tyler Nansel said. “We went out there and put it all on the line. We played our game. We were physical and strong with them.”

The coaches of both teams anticipated the contest would naturally have an elevated level of energy and urgency. Both teams desired to be the first to win in this crosstown matchup. With no seniors and little time playing together, Gallatin was at a natural disadvantage, but that didn’t eliminate its craving to defeat the rival Hawks.

The game was intense from the beginning, as both teams tried to pick up the pace. Supporters for both teams followed suit. When the Raptors corralled an offensive rebound and drew a foul, Gallatin fans cheered loudly. When the Hawks scored to cut Gallatin’s lead to one at the end of the first quarter, voices from Bozeman’s sideline erupted and drowned out the buzzer.

The Raptors (1-2) had lost both of their games to start the season by more than 20 points. But Gallatin head coach Michael Claxton was proud of his team’s resilience. The Raptors hadn’t yet played a game together as the coronavirus pandemic altered their offseason, so Claxton felt the Raptors’ confidence had built.

Claxton said earlier this week the Raptors would need to limit their turnovers, but he believed they were defending and rebounding well enough to win. Those points of emphasis were clear from the beginning.

The Raptors took an early lead and didn’t give Bozeman much chance to take control. Though young, Gallatin was fundamentally sound. It limited Bozeman to one shot often and didn’t commit many unforced turnovers.

This allowed Gallatin to outscore the Hawks 19-10 to start the second quarter. Even when the Hawks mixed up their defensive approaches, moving to a zone, Gallatin knocked down shots from the perimeter. The Raptors were prepared.

The Hawks (2-1) had made enough plays in the final minutes of their first two games of the season to pull off victories, winning them by a collective 13 points. They weren’t going to fall to Gallatin easily.

After Gallatin led 35-27 at intermission, the Hawks compiled a 15-5 run to take the lead back.

Huse, who finished with a game-high 25 points, hit a corner 3-pointer to tie the game up at 40 with 1:50 left in the third quarter, smiling as he ran back on defense. The Hawks appeared to be back in control.

“We came out in the second half ready to play more than the first half,” Huse said. “That’s the way my team looks at it. If we do that both halves, it’s a different outcome.”

The lead had disappeared. But the Raptors resilience didn’t go away as they fought to victory.

Huse said the Hawks will use this game as motivation moving forward, especially the next time they play Gallatin.

After pulling off their first win, the Raptors hope to continue to play at a high level.

“I’m really proud. It’s a great group of guys,” Nansel said. “We work really hard, and I think there’s great things on the horizon for us.”