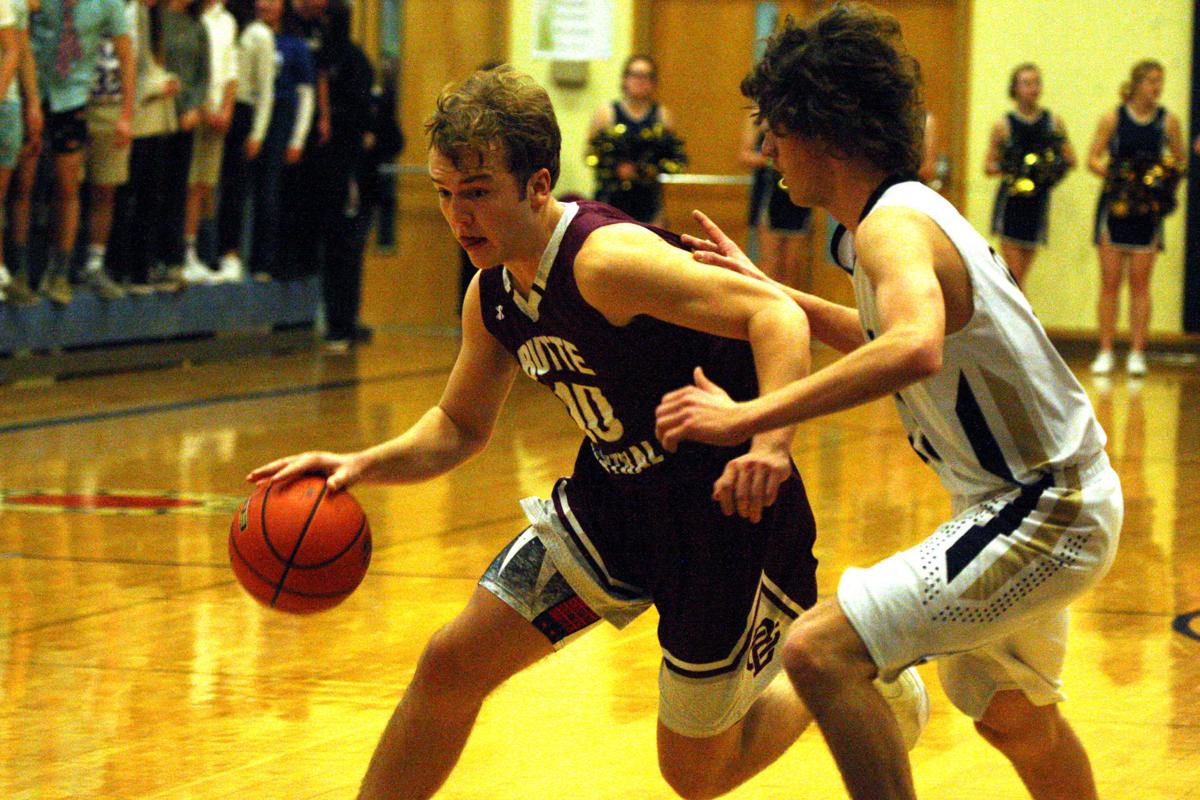 Butte Central's Braden Harrington drives to the basket during the Maroons' 41-37 win over Dillon at B.W. Lodge Gymnasium Friday. 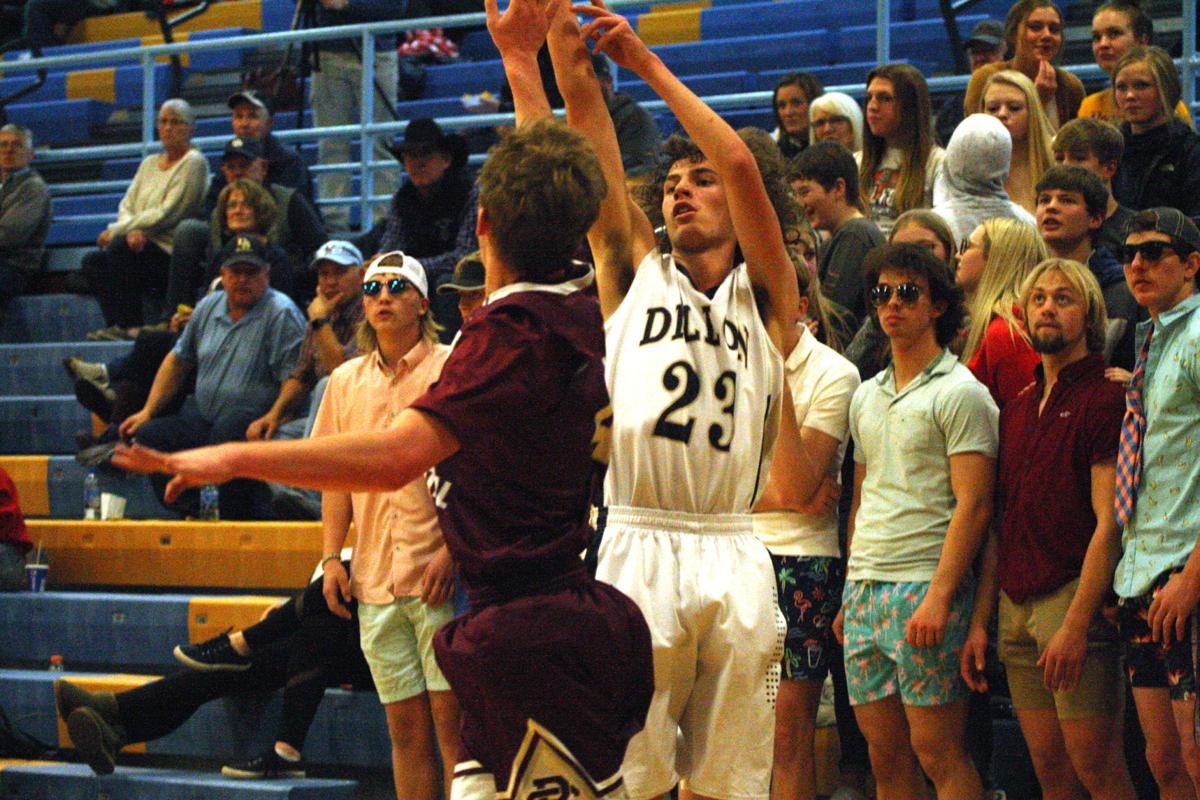 Dillon's Cole Truman pulls up from beyond the arc while Butte Central's Aaron Richards defends during the Maroons' 41-37 win at B.W. Lodge Gymnasium Friday.

Butte Central's Braden Harrington drives to the basket during the Maroons' 41-37 win over Dillon at B.W. Lodge Gymnasium Friday.

Dillon's Cole Truman pulls up from beyond the arc while Butte Central's Aaron Richards defends during the Maroons' 41-37 win at B.W. Lodge Gymnasium Friday.

DILLON — Butte Central maintained a lead for the majority of the contest, but didn’t reach the finish line without an impressive effort from Dillon.

“Both Fitzgerald and Truman played very well,” Kelly said. “Fitzgerald put a lot on his shoulders down the stretch especially… Braden hit some big shots that kind of changed the game tonight, I thought he was pretty gutsy.”

The first half was a mix of inconsistent shooting and stout defense from both the Beavers and Maroons, as neither team hit double-digit points in either quarter.

However, the lack of scoring did not equate to a lack of excitement, as Dillon knocked down a few more shots early for an initial 7-2 lead midway through the first quarter.

Both teams warmed up as the game progressed, with end-to-end fast breaks opening up for both teams before the half ended 16-14 in favor of Central.

Dillon head coach Terry Thomas expected the game to be defense-focused, and was complimented his and Kelly’s teams for a hard-fought battle.

“It was a lot of fun,” Thomas said. “I thought both teams were very intense and both teams played great defense. It was hard to get a look, it was hard to get a rebound. The matchup, at least from our perspective was really even. We had chances down the stretch, if we had made a play or two, maybe the outcome would’ve been different.”

The second half saw the return of good defending, but also much better shooting from both sides, as Central and Dillon each had their highest-scoring quarters of the contest, scoring 16 and 11 respectively.

For the Maroons, a good third quarter was partly thanks to two treys from Harrington, who said that the halftime break helped rejuvenate Central heading into the last two quarters.

“We have a good team,” Harrington said. “So he said that, ‘I trust you, we just need to make plays.’ We all stepped up and started to make those plays in the third quarter. After coming out flat, in the second half we ramped it up a little bit.”

While Central had gathered momentum, Dillon refused to be denied, coming back from a 10-point deficit to make it 34-39 with just under two minutes to play.

The Maroons were able to make enough free throws (2), though, and saw out a tight finish to reach 4-0 in conference play. Harrington’s 15 was joined by senior Jared Simkins’ 10, while fellow seniors Luke Heaphy and Matt Simkins contributed five and six points respectively.

Fitzgerald led the Beavers, and was followed by Truman’s 12 points. Four points and a pair of baskets from Dillon senior Cole Johnston wrapped up the Beavers’ top scorers.

Thomas acknowledged that Central is some of the toughest competition his team has faced, but said that standing up to the test is encouraging going forward.

“Central has some very experienced players that are very good,” Thomas said. “They’re well-coached and playing at a high level. For us to compete possession-by-possession with them, that’s a promising type of experience for us.”

Central returns to Butte to host Livingston on Saturday, while Dillon welcomes Stevensville to Beaverhead County as well.