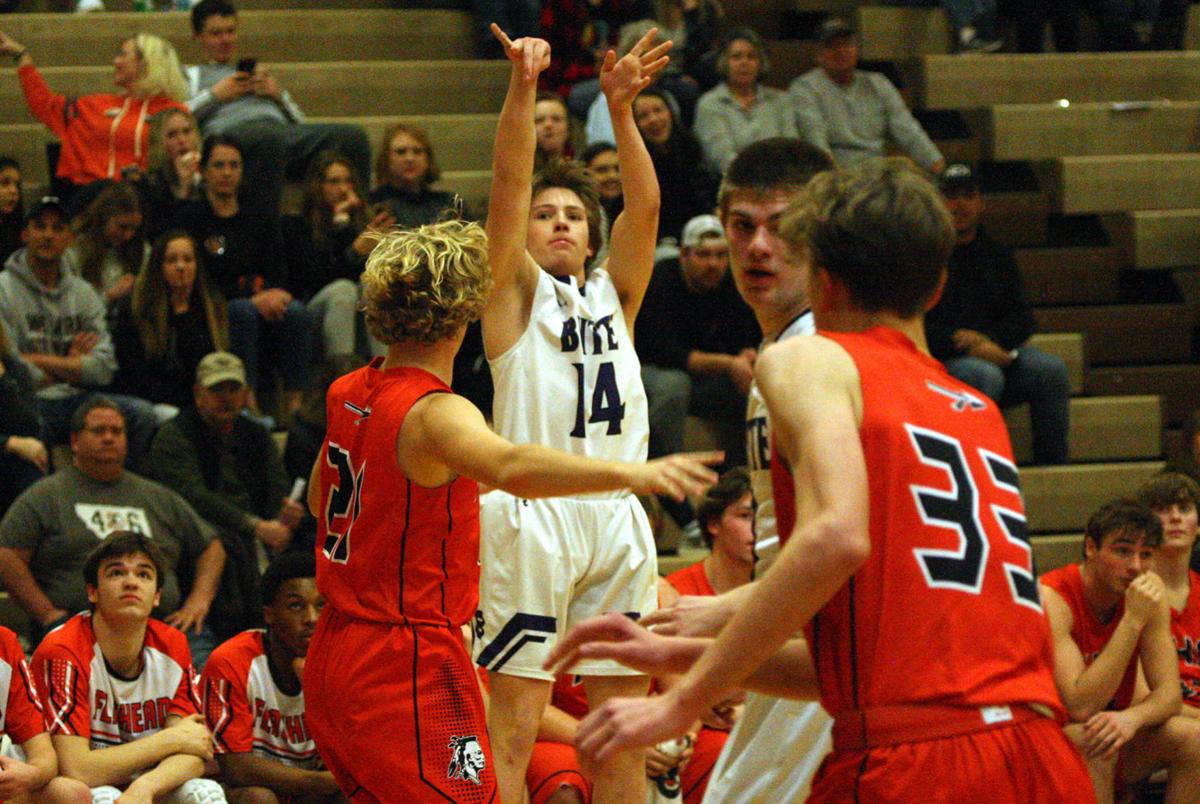 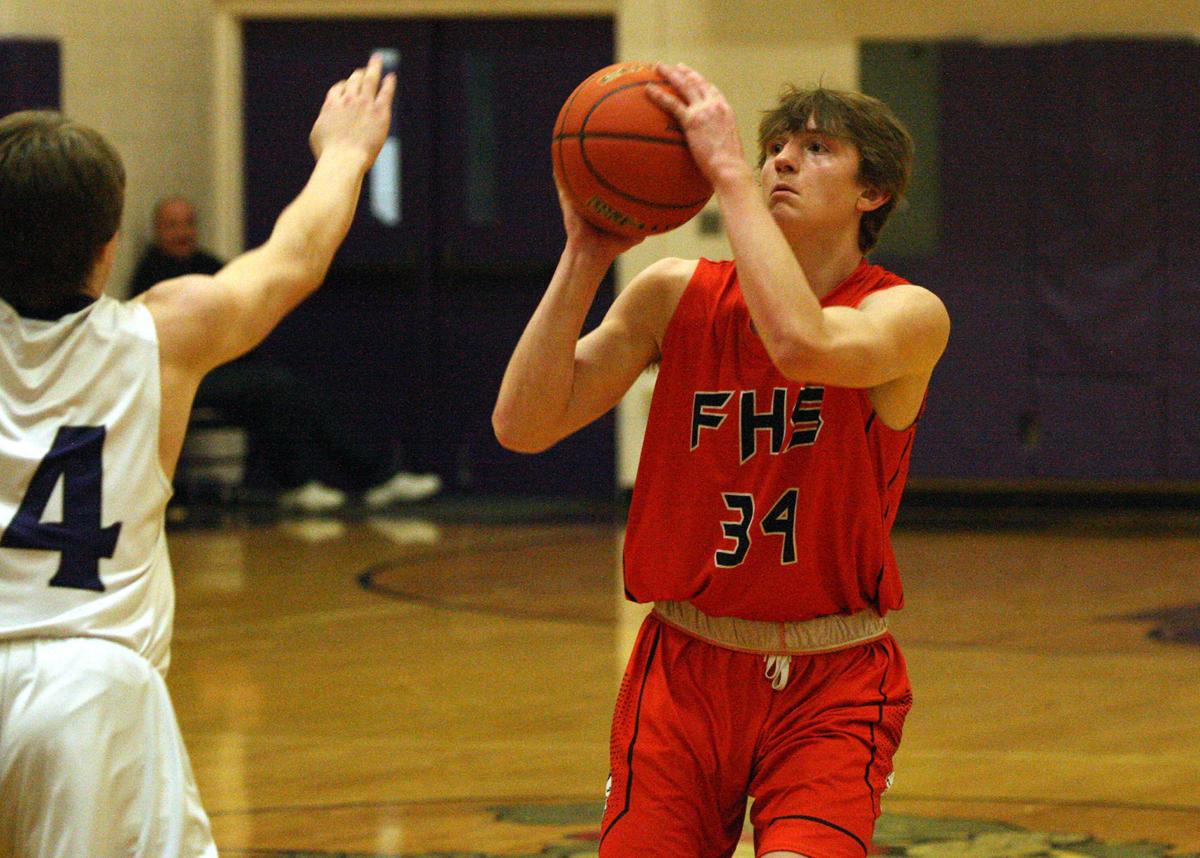 Flathead's Joston Cripe prepares a trey during Butte's 64-57 win over the Braves at Ross J. Richardson Memorial Gym on Friday.

Flathead's Joston Cripe prepares a trey during Butte's 64-57 win over the Braves at Ross J. Richardson Memorial Gym on Friday.

BUTTE -- Kalispell Flathead threatened the Bulldogs with a comeback, but Butte held the Braves off in the final minutes.

Butte defeated Flathead 64-57 on Friday, but not before the Braves turned a double-digit deficit into a one-possession game in the second half. Bulldogs junior Jake Olson led the Bulldogs and the contest with 18 points in the post.

Bulldogs head coach Matt Luedtke said that it was a tough challenge, but that he was pleased with his team’s response to hold off the Braves.

“All the way around,” Luedtke said. “The kids played their butts off. There was some really great production out of everybody, we had less mistakes, less turnovers and the kids came in really focused.”

Olson exploded in the first half, consistently winning in the post as the junior finished with 14 points before the break, thanks in part to dynamic guard play from senior Tommy Mellott and sophomore Kenley Leary.

The Bulldogs entered halftime up 34-25, and probably expected to be ahead by more, but the Braves put together a pair of threes from senior Tannen Beyl and sophomore Joston Cripe to keep Butte within striking distance.

Flathead junior Gabe Adams helped the Braves start on the front foot, opening the second half with five-straight points, quickly cutting the contest to a two-possession game.

Cripes’ five-point second quarter was a sample of what was to come in the third, as the guard made three-straight treys to continue the Braves’ comeback push, but only before Olson sunk a buzzer-beater to restore Butte’s lead to six points with a quarter to go.

“He makes a lot more tough shots than many guys I’ve seen,” Gustafson said. “I love the kid. He’s a super competitor, and he makes plays and big shots. He’s not afraid of the moment… I’m thankful he’s only a sophomore.

Things didn’t get easier for the Bulldogs, as Flathead made it a point to flood the post to prevent Olson from repeating his first-half performance.

However, Flathead could not make the most of their chances and also opened themselves up to outside shooting, which allowed Butte senior Andrew Booth and junior Blake Drakos to sink important treys as time wound down to keep the distance.

The Braves had life late, but a pair of free throws from Bulldogs senior Kaven Noctor saw off the Bulldogs to an important conference victory.

Butte was led by Olson’s 18 points, and was complemented by 10 points from both senior Ryan Burt and Drakos. Noctor and Booth ended the evening with eight and seven points respectively.

Luedtke talked about the importance of positive play from the bench, and that it was a difference maker on Friday.

“I was really proud of them,” Luedtke said. “29 points off the bench, which is huge. We know we have some guys on the bench that can really score, but going to the 2-3 zone helped a lot tonight.”

Cripe’s 15 led the Braves, with Adams following up with a 13-point performance. Senior Tannen Beyl finished his night with 10 points, rounding out Flathead’s top scorers.

Gustafson said that he and his team know their mistakes and will look to learn from their road loss.

“We did hit more shots in the second half,” Gustafson said. “But defense was the issue. We let [Olson] get going early and had some things we could do a little better on… Ultimately, you can’t give up 64 points and hope to come out with a win on the road.”

Flathead heads to Missoula to visit Hellgate on Saturday, while Butte welcomes Glacier for senior night.