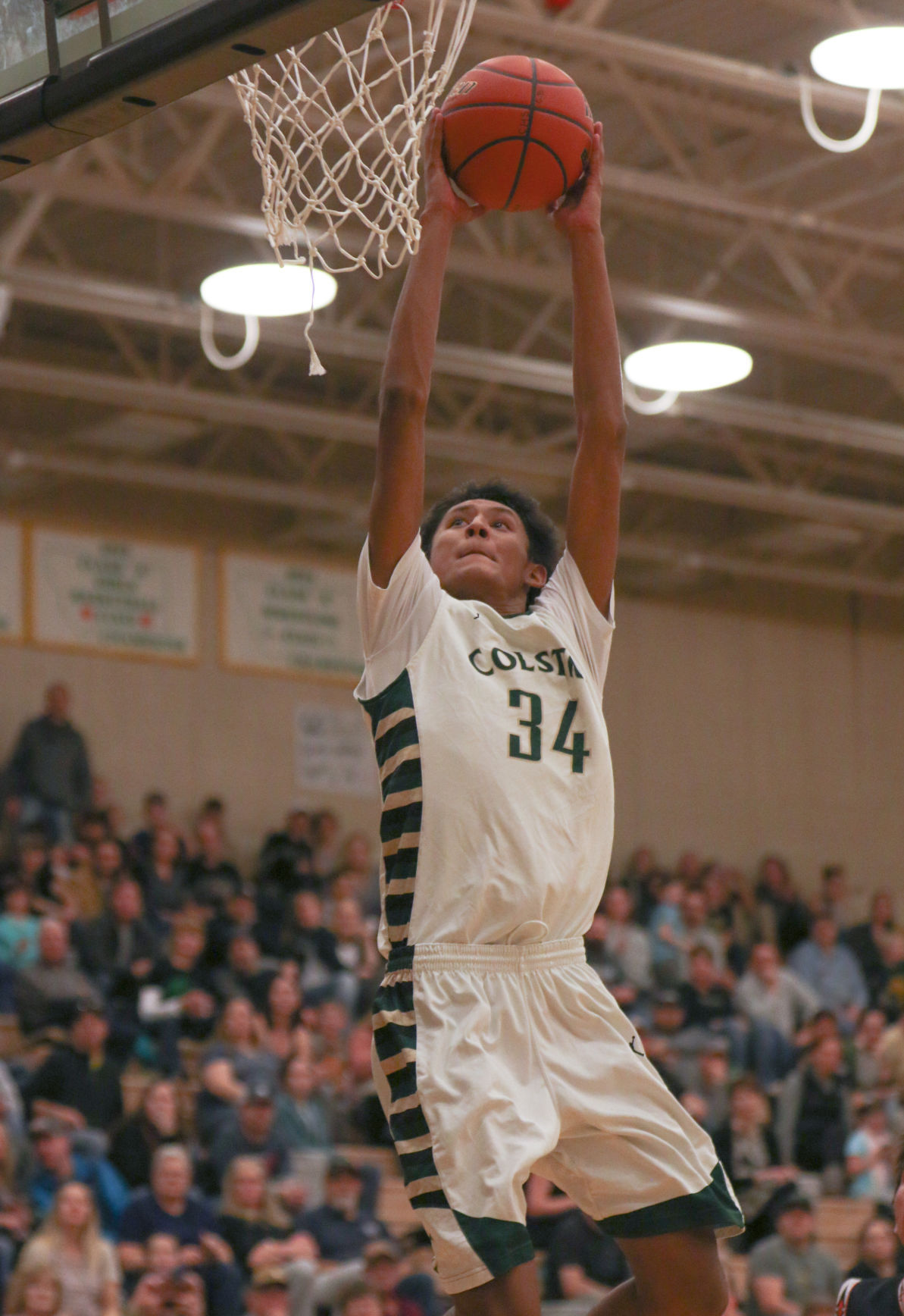 Colstrip's Isaiah Williams goes up for a dunk during the Colts' 73-65 victory over Lodge Grass on Saturday in Colstrip. Williams is one of four seniors that has led the Class B Colts to a 15-0 record at this point in the season. 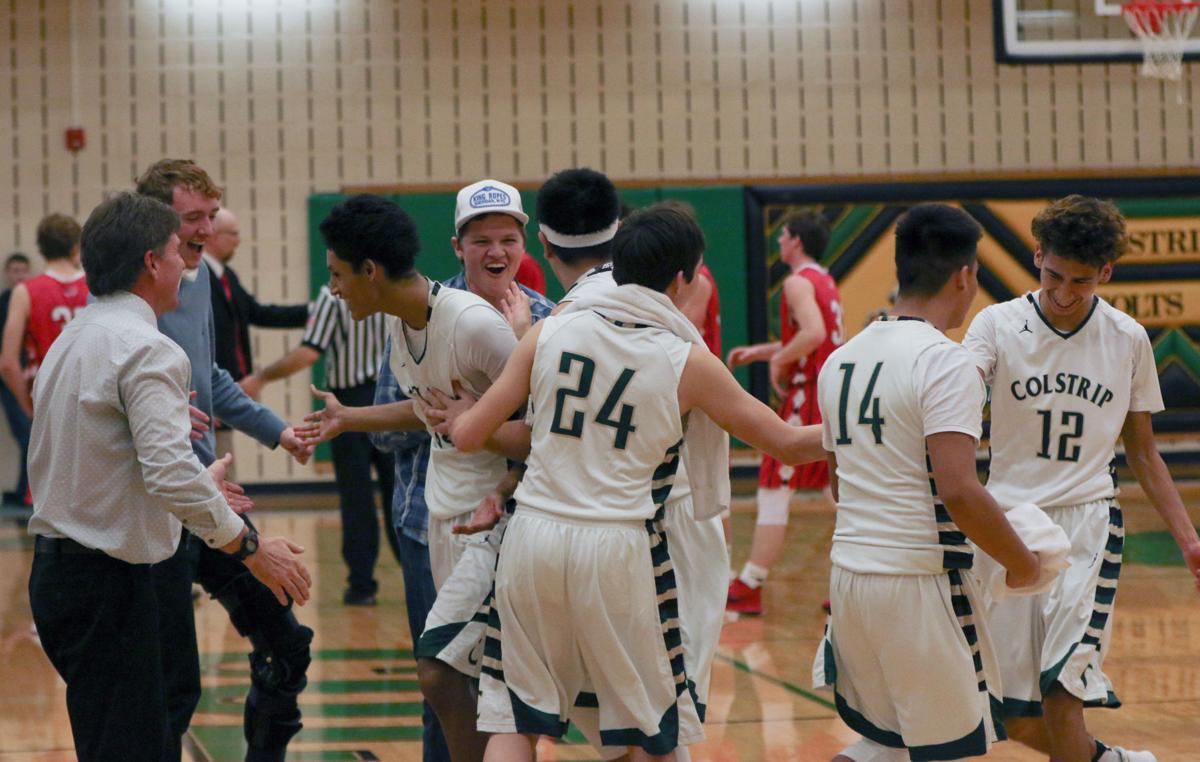 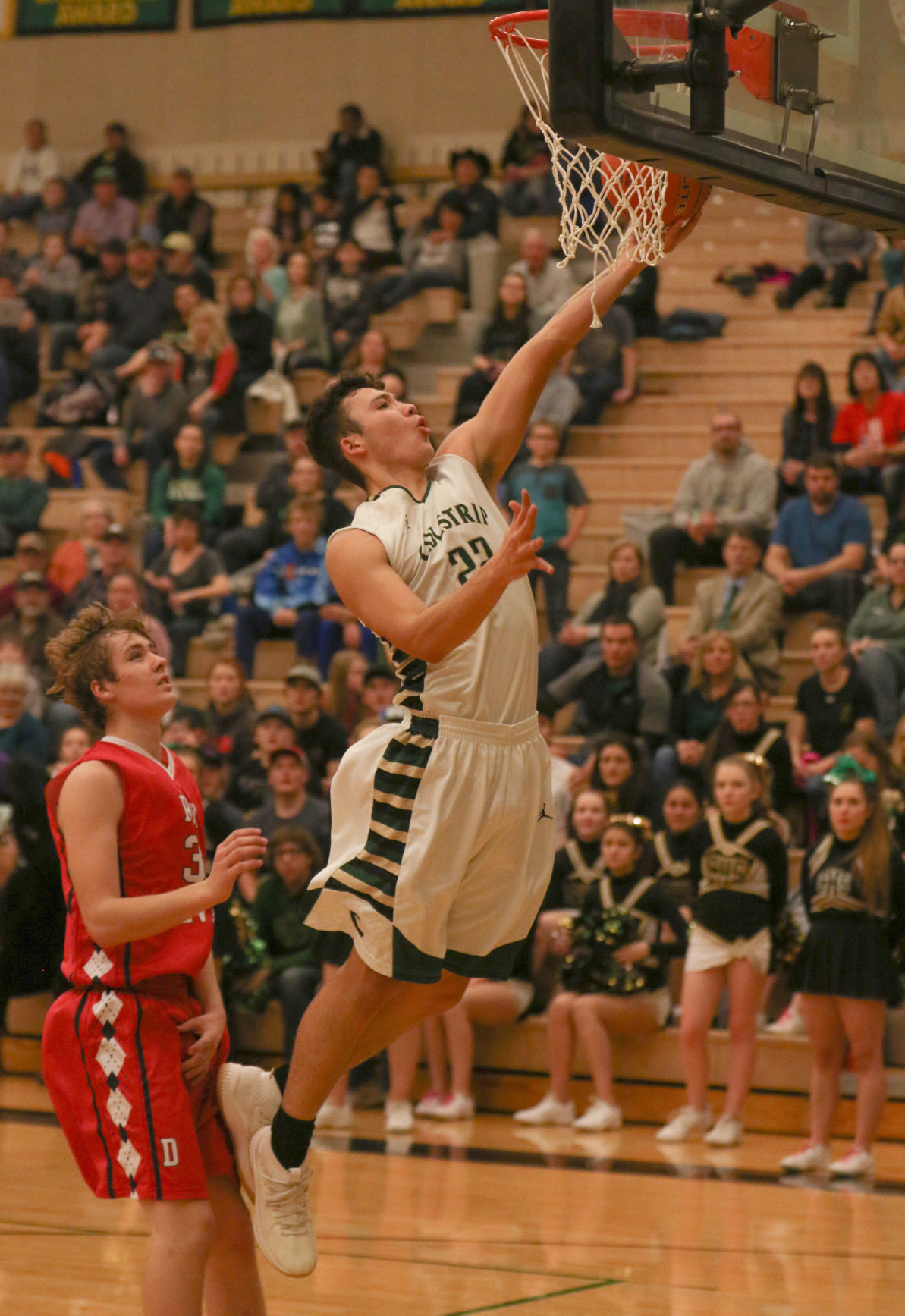 Colstrip's Payton Means goes up for a layup during the Colts' 54-37 victory over Glendive on Friday, Jan. 19 in Colstrip.

Colstrip's Isaiah Williams goes up for a dunk during the Colts' 73-65 victory over Lodge Grass on Saturday in Colstrip. Williams is one of four seniors that has led the Class B Colts to a 15-0 record at this point in the season.

Colstrip's Payton Means goes up for a layup during the Colts' 54-37 victory over Glendive on Friday, Jan. 19 in Colstrip.

BILLINGS — Joe Egan had a pretty good feeling that his Colstrip Colts would be good this year.

"I think we always knew it," Egan said. "I think even last year our expectations were higher than we went. The expectations to begin this year were really high. I don't know that anyone here that knows us and aware of what we have is very surprised."

"That we've gone undefeated, that might be a little bit of a surprise," Egan added. "But that we were going to be there, a state contender, I don't know it's that much of a surprise for those who have seen us and know us."

So here they are, with 15 wins and no losses, as the high school basketball season approaches February and the final stretch of regular season games before postseason play begins.

Colstrip has been dominant this season. They are averaging 70 points a game, allowing only 48 while notching four 30-plus point victories. Nine of their games have seen the team score more than 70. They sit atop the district 3B standings and the Colts have been firmly at the No. 2 spot in the 406mtsports.com rankings behind the only other undefeated team in Class B in Bigfork, a team that is located only over 500 miles northwest of where the Colts call home.

Egan, who is in his third year in his second time around as Colstrip's head coach, pointed out that the Colts did have a nine-game winning streak last year, but sputtered towards the end, losing five of their last six.

"When we got to those tougher teams at that time of the year we lost really close games," Egan said. "Things that came down to just a couple of little things at the end that young kids do I think and some of that was my fault too."

Last year as a younger squad, Colstrip showed signs that they could compete with the tougher Class B teams. Entering the Southern B Divisional at 13-7, the Colts first opponent was a challenge with Joliet, which was the District 4B champ. Though Colstrip led heading into the final minute, clutch free throws helped the J-Hawks surpass the Colts, stopping a hopeful Colstrip team that hoped to begin the tournament with an upset win.

Colstrip followed that game up the next day with a spirited effort against Townsend. After trailing by as much as 18, Colstrip rallied to within six points but couldn't get over the hump, finishing the tournament 0-2.

"The adversity that we had to go through with those losses that we had at divisionals I think was a big motivation to get things going right this year," Egan said.

The team was hit with a gut-punch to open the season, as sophomore up-and-comer JT Baer tore his ACL on the first day of practice. Egan said Baer would have been a player vying for a starting spot throughout the year.

That adversity along with the tough playoff losses a year ago all played the biggest role in the team's improvement simply from an experience standpoint. Which makes sense considering Egan said Colstrip returned its entire roster from a year ago.

"We were young and that was the biggest thing," Egan explained. "We were just young and immature and it took us a little while to grow up."

The team does have four seniors this year in Isaiah Williams, Payton Means, Joel McRae and Rivers Anderson. Those four start alongside Kobee BigBack, who is a junior.

"They have all contributed a great deal," Egan said about his seniors. "They're all very good basketball players and they're really unselfish. I think that's probably our strongest characteristic as a team is that all the kids are just unselfish. We don't one kid that needs to get a lot of points on any given night. They just, literally, will go share it as much as they need to to get the job done."

Egan said length has played a key factor for his team as well. His players have used long arms to their advantage on both sides of the ball, and have paired it with being fast and quick. He said his team possesses depth as well, with Egan saying seven to eight of his players could start on any given night.

The Colts are currently trying to break a state championship appearance drought of their own, last making it in 2000 when the school was Class A.

And with only four seniors, Egan is hoping that a foundation is now set for his team to not only continue being successful this year, but going forward as well.

"I definitely think that what we've done in the last two years is kind of starting to pay off," Egan said. "And on top of that I just think it's starting to get handed down too. Some kids are coming along that have been kind of a surprise and are playing better than we expected. So it's been a process and for those of us who've lived it, it's not a surprise but for those who don't see us very often it probably is."

High School Notebook: Melstone's Brody Grebe gets 50 for the record; No. 1 Colstrip prepares for postseason