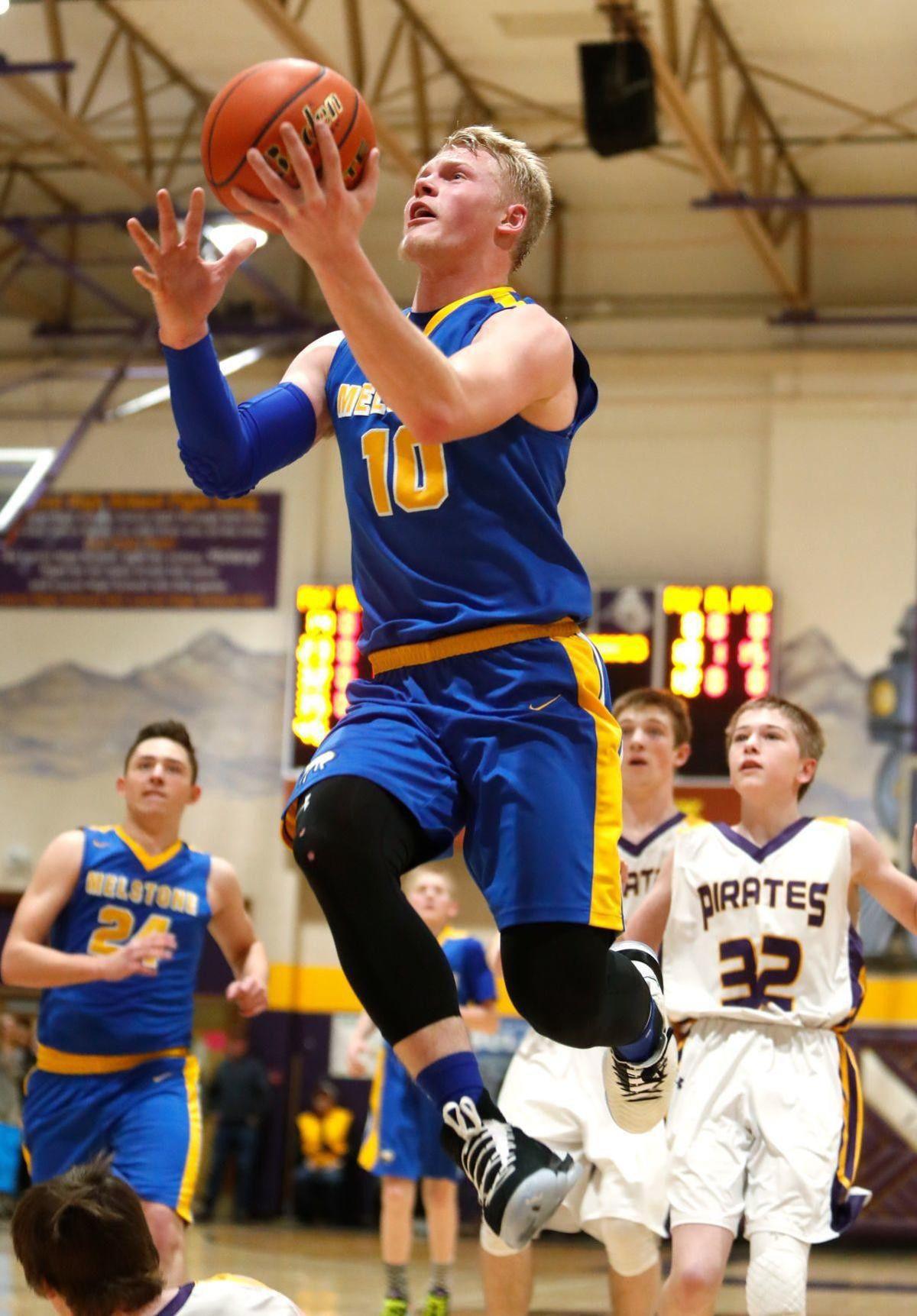 Melstone's Brody Grebe, pictured at the 2019 Southern C divisional basketball tournament, was dominant in four sports during the 2018-19 school year. 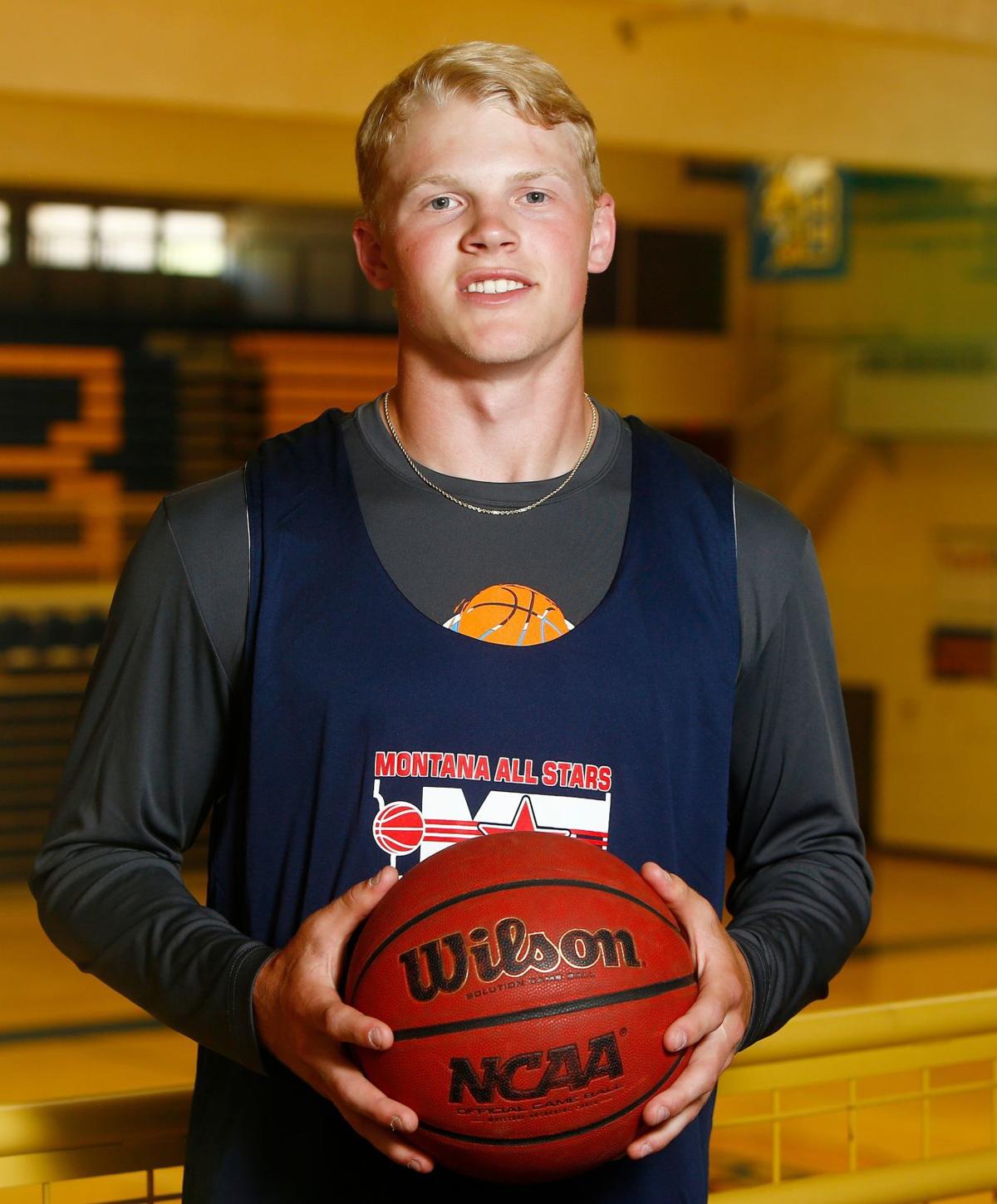 Brody Grebe holds a basketball before the first day of practice for the Montana-Wyoming All-Star Basketball Series at Alterowitz Gym at MSU Billings.

Melstone's Brody Grebe, pictured at the 2019 Southern C divisional basketball tournament, was dominant in four sports during the 2018-19 school year.

Brody Grebe holds a basketball before the first day of practice for the Montana-Wyoming All-Star Basketball Series at Alterowitz Gym at MSU Billings.

BILLINGS — Melstone’s Brody Grebe has been going non-stop for so long that the end of what was an illustrious high school sports career snuck up on him like a thief in the night.

“When it’s over for real it kind of hits you, especially when you get out of school and you’re like, ‘Wow. I’m done,’” Grebe said before a recent practice for the Montana-Wyoming All-Star basketball series.

“I’m just thankful that I had the opportunity to do everything and be able to have the career that I had.”

He should also be proud. Nobody competed at a championship-caliber level in more sports than Grebe over the course of the past nine months. For that, Grebe is the 406mtsports.com Male Athlete of the Year for 2018-2019.

In the fall, the 6-foot-3, 210-pound Grebe quarterbacked Roundup to a 10-1 record and a first-round Class B playoff victory over Cut Bank. He rushed for 1,441 yards and accounted for 31 total touchdowns in the regular season.

Grebe also made 95 tackles at linebacker and returned two interceptions for TDs.

Grebe smoothly transitioned into the basketball season for Melstone in the winter, leading the Broncs to a 24-3 record and a berth in the semifinal round at the Class C state tournament, where they fell to eventual champion Manhattan Christian.

Grebe averaged 28 points, 10 rebounds, five assists and five steals per game. He scored a single-game school-record 50 (with 10 3-pointers) in a game against Broadus. Grebe finished his career with more than 2,500 points.

It didn’t end there. Grebe closed the track and field season this spring with title victories in the shot put (51-05¾), long jump (21-8½) and triple jump (45-6¾). He also placed second in the 100 meters and was set to challenge for the 200-meter crown but false-started in the finals, a mistake he called “a heartbreaker.”

All the while, Grebe exceled in the high school rodeo circuit throughout the year (while maintaining a 4.0 GPA) and had leading marks in tie-down roping and team roping events for the state finals, which he had to miss — along with the Class B All-Star football game — to participate in the Montana-Wyoming basketball series.

“I had to choose one,” he lamented.

Grebe was recruited by colleges statewide and beyond to play football or basketball, but instead he will attend Choate Rosemary Hall, a private college prep school in Wallingford, Connecticut, this fall.

There he will continue to pursue his athletic and academic interests without losing any college eligibility.

“I think it’s going to be a great opportunity. I’m going to be able to excel in sports hopefully, and in the end if it doesn’t work out and I don’t get any offers, if I want to come back to Montana it’s not going to hurt me,” Grebe said.

“All the teams that were talking to me before want to still recruit me, they said. It’s definitely not going to hurt anything.”

Each year 406mtsports.com honors girls and boys teams of the year along with female and male athletes and overall school of the year. We will …

The following individuals were honorable mentions for the 406mtsports.com Male Athlete of the Year. They were chosen based on their accomplish…