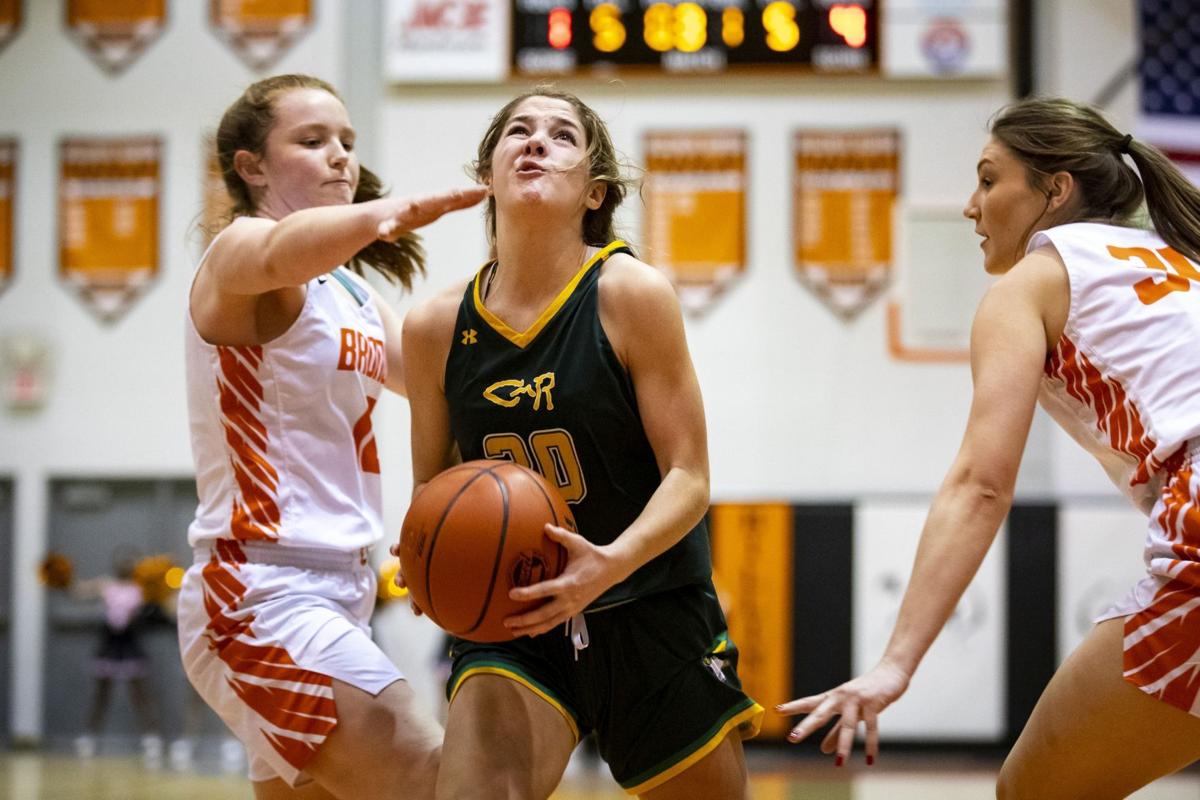 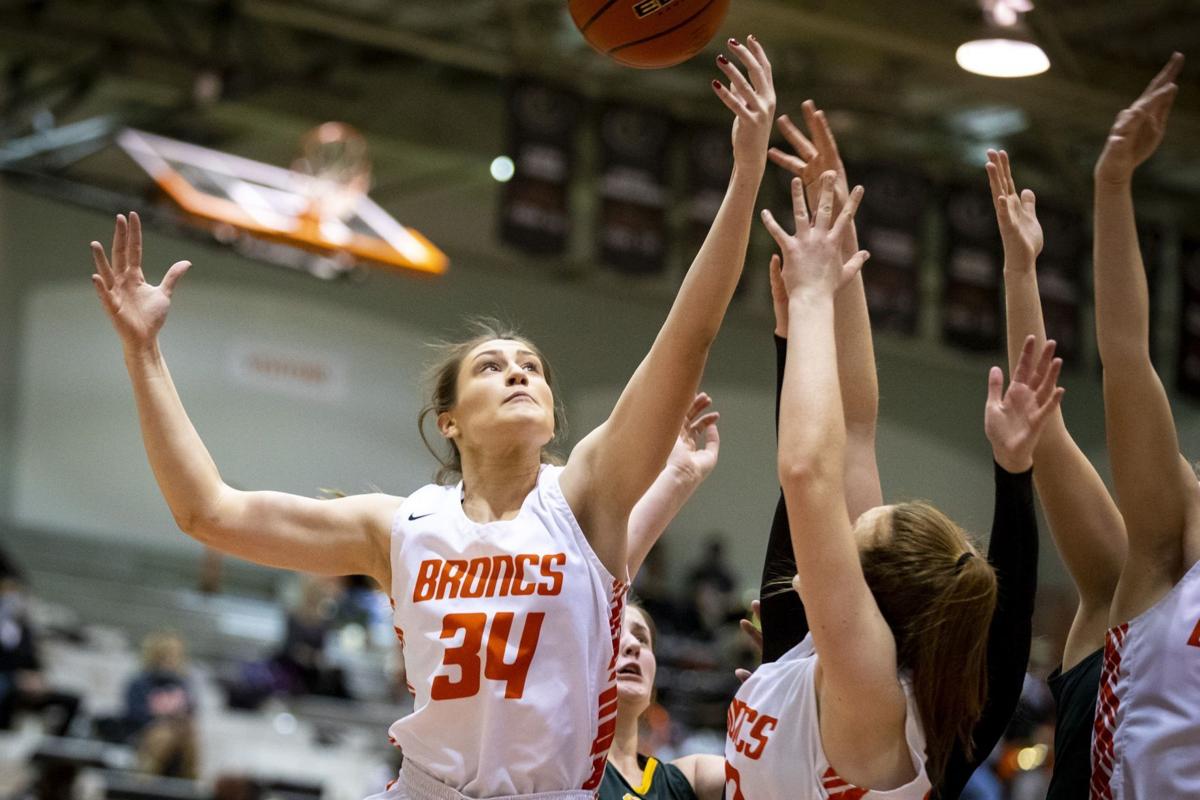 Editor's note: Full Court Press will be updated as we receive results.

• No. 1 Missoula Sentinel moved to 8-0 with a 69-52 home win over Kalispell Glacier. Tony Frohlich-Fair scored a game-high 26 points, and teammate Alex Germer added 21. The Spartans overpowered the Wolfpack by outscoring them 37-21 in the second half after they clung to a 32-31 led at the break.

• Levi Torgerson scored 23 points, Drew Wyman added 22 and No. 3 Great Falls overcome a career-high 37-point outburst by Ta'Veus Randle to outlast Belgrade 79-57. Randle scored 25 of the Panthers' 29 first-half points, scoring 15 points on 3-pointers in the second quarter. The Bison led by seven at halftime but upped the margin to 13 after three quarters. Reed Harris added 10 points for Great Falls.

• Jonathan Kirkley led a balanced Dillon offense with 13 points and top-ranked Dillon remained unbeaten by brushing aside Stevensville 74-31. The Beavers jumped to a 15-point lead after one quarter and built it to 29 by halftime. Pier Rottini and Connor Curnow added 12 points apiece for Dillon. Kellan Beller led the Yellowjackets with 14 points.

• Colton Graham was on fire with 26 points and Xavier Fisher assisted with 13 to lead No. 2 Polson to a 64-47 conquest of Columbia Falls. Jace Hill scored 20 points, Alihn Anderson 12 and Allec Knapton 11 for the Wildcats.

• Guidry Giles led with 18 points and Kaelob Flores provided 14 as Fairfield broke away from a halftime tie and toppled Conrad 64-56. Daniel Faith added 11 points for the Eagles, who outscored the Cowboys 18-12 in the third quarter. Ethan Wittmier scored 18, Jarek Shepherd 16 and Kade Harwood 15 for Conrad.

• Bryce Guillard pumped in 20 points to lead three players in double figures as No. 10 Bigfork fended off a challenge from Zoran LaFrombois and St. Ignatius 61-59. Cormac Benn scored 15 and Walker Fisher 11 for the Vikings, who led by 10 at halftime and saw Mission whittle the gap to two by the end of three quarters. LaFrombois led all scorers with 25 points, and Kellen McClure provided 10 for the Bulldogs.

• Missoula Loyola jumped to a 29-21 halftime lead and held off No. 9 Thompson Falls in the second half as it scored a 68-61 upset win at home. Raef Konzen scored 14 of his 23 points in the second half for the Rams, and Will Burns was right behind with 22 points, including 12 in the second half. The Blue Hawks got 16 points from Kade Pardee, 12 from Dante Micheli and 10 from Cody Burk.

• Fresh off a 31-point night Wednesday, Seth Amunrud tacked on 27 more and added six rebounds in leading No. 2 Manhattan Christian to a 70-47 romp over Class B Jefferson. Caden Hill added 17 points and Tebarek Hill 11 for the unbeaten Eagles, who led by 16 at halftime. Trent McMaster scored 15 points and Joey Visser added 12 for the Panthers.

• Ian Swanson led the way with 21 points and Ennis used a 16-6 third quarter to break away from a halftime tie and down Gardiner 43-37. Jaxson Kloote added eight points for the Mustangs. Taylor Rose scored 12 points for the Bruins.

• Nick Marias was tops with 15 points, Hayden Diekhans added 14 and No. 9 Fort Benton cruised to a 74-44 romp over Denton-Geyser-Stanford. Eleven players hit the scoring column for the Longhorns, who broke it open with a 25-10 second quarter. Axel Becker scored 10, and Ace Becker and Jace Balback added nine for the Bearcats.

• Steson Reum had the hot hand with a season-high 25 points and 10 rebounds for his second straight double-double, and Keaton Piedalue and Roper Edwards helped with 15 points apiece to spur Charlo to a 59-48 win over Hot Springs. The Vikings trailed by two points at halftime but outscored the Savage Heat by eight in the third quarter. Kyle Lawson scored 14 points and Mario Garcia nine for Hot Springs.

• Zarek Jones scored 13 points, Julian Benson added 12 and No. 7 Dodson shook off the rust from a two-week COVID-19 hiatus to down Saco-Whitewater-Hinsdale 57-52 thanks to a stout fourth quarter. Alex Werk added 10 for the Coyotes (7-0), who trailed by two points entering the final eight minutes. Trey Johnson scored 12 points, and Loden Idler and Beau Simonson each had 10 for the Mavericks.

• Seeley-Swan rolled to a 60-25 road win over Lincoln. Sawyer Shelmerdine paced the Blackhawks with 17 points. Andrew Brown had 13 for the Lynx.

• Kaden Skogas and Kanyon Taylor scored 11 points apiece and Fairview used a 16-4 second quarter to down Richey-Lambert 44-35. The Warriors led by 13 at halftime. Wyatt Robbins scored 12 points and Caleb Senner 11 for the Fusion.

• On Wednesday, Seth Amunrud poured in 31 points to lead four players in double figures and No. 2 Manhattan Christian kept rolling with a 79-48 thumping of Harrison-Willow Creek. The Eagles stumbled out of the gate and trailed 15-7 after one quarter but went on a 27-7 second-quarter binge to wrest control. Caidin Hill scored 13 points, Tebarek Hill 12 and Logan Leep 11 for Manhattan Christian. Luke Cima did it all for the Wildcats with 26 points.

• No. 1 Missoula Hellgate closed the game on a 21-10 run to earn a 54-43 home win over Helena High after the teams were tied at 33 in the third quarter. Bailee Sayler scored eight of her team-high 12 points in the second half, and Addy Heaphy had nine of her 11 points in the third quarter after the Knights led just 25-23 at the break. Lauren Dick added nine points and Alex Covill eight for Hellgate (8-0).

• Kalispell Flathead scored a 48-31 home win over Missoula Big Sky after jumping out to a 32-17 halftime lead. Molly Winters scored 12 and Bridget Crowley 10 for the Bravettes. Corbyn Sandau led the Eagles with 12.

• Paige Bartsch knocked down 14 points and sister Dani Bartsch pitched in with 12 as No. 2 Helena Capital handled Butte 44-27 after building a 12-point halftime lead. Nine players scored for Butte, led by Pieper Joseph with five.

• Ashlyn Jones scored 14 points, Alison Harris added 13 and Great Falls jumped to a lengthy early lead and held on to defeat Belgrade 55-42. Dani Senger added nine for the Bison, who led by eight after one quarter and 14 af halftime. Naomi Reanier scored 16 for the Panthers, who won the fourth quarter 17-11 to tighten the final margin.

• Delaney Hasquet led three players in double figures with 14 points and No. 5 Butte Central rallied in the third quarter to down Class B rival Anaconda 53-48. Amira Bolton and Sofee Thatcher added 11 apiece for the Maroons, who outscored the No. 9 Copperheads 19-13 in the third quarter after trailing by two at halftime. Mia Sullivan-Sanders scored 19 points and Makena Patrick 11 for Anaconda.

• Hannah Schweikert scored 21 points, and LaKia Hill and Maddie Robison added 10 apiece as No. 4 Columbia Falls coasted past Polson 60-11. Nobody had more than three points for Polson.

• Ashlyn Swenson scored 16 points, including six in a fourth-quarter rally, as Three Forks scored a come-from-behind 34-28 win at home over Manhattan.The winning Wolves also received 10 points from Jayden Woodland, including fourth in the final period. Three Forks trailed 24-22 after three quarters, but won the game with a 12-4 finishing kick.Manhattan's top scorer was Hallie Hemenway with eight points.

• Emma Berreth paced Bigfork with 12 points, and Scout Nadeau chipped in with 10 to lead Bigfork past St. Ignatius 52-41. Maddison Chappius added nine for the Valkyries, who trailed by six after one quarter but rallied to lead by six at halftime. Madyson Currie scored 12 points and Sydney Brander 11 for Mission.

• Sawyer Wiggs and Brooklyn Wyllie each scored 11 points and Columbus used balance to overwhelm Huntley Project 59-24. Hannah Obert and Katelyn Hamilton each had 10 points, and Payton West added nine for the Cougars. Macy Rose led the Red Devils with 11 points.

• Hayleigh Smith popped in 13 points, and Carlee Fryberger and Connor Fryberger each helped with nine to lift No. 5 and unbeaten Charlo over Hot Springs 58-15. The Vikings (9-0) bolted to a 23-4 lead after one quarter. Lizzy Fisher's eight points led the Savage Heat.

• Jaycee Erickson paved the way with 19 points and No. 2 Saco-Whitewater-Hinsdale had no troublein a 64-23 win over Dodson, which was playing its first game in two weeks after a lengthy COVID-19 layoff. Kaitlyn McColly added 10 points for the Mavericks (11-0), who led 23-5 after one quarter. Kataya Kill Eagle's 12 points led the Coyotes.

• Olivia Isakson came through with another big game in scoring 25 points in Augusta's 65-33 victory over visiting Heart Butte. The victors also received 10 points each from Abby Barrett and Payton Levine. Augusta was in control, 28-16, by halftime and stretched its advantage with a 20-point third quarter. Sugar Spoonhunter led Heart Butte with 13 points.

• Rachel Ward had the hot hand with 20 points and Asha Comings backed her with 17 in Philipsburg's 61-39 triumph over White Sulphur Springs. Reece Pitcher added 13 for the Prospectors, who led by a point at halftime but pulled away with an 18-9 third quarter. Kendra Manger scored 13 for the Hornets.

• Kiersten Van Kirk scored 18 points, had five rebounds and blocked three shots, Grace Aamot added 14, and Eliana Kuperus produced nine points and 10 rebounds in leading No. 6 Manhattan Christian past Class B Jefferson 58-48. The Eagles (12-0) led only 18-12 after one quarter but built the lead to 22 at halftime before the Panthers pushed back in the second half. Rachel Van Blaricom had 15 points and MacKenzie Layng 12 for Jefferson.

• Landri Paladichuk poured in 26 points and Marlyssa Ledgerwood backed her with 15 as Ennis rallied for a 59-54 overtime triumph over Gardiner. The Mustangs led by seven at halftime but saw the Bruins take a four-point lead entering the final eight minutes. Sophia Darr had a hot hand as well with 25 points and Ellie Reinertson added 15 for Gardiner.

• Lindsay Lawrence led the way with 19 points and Lacey Lawrence chipped in with nine as Jordan rolled past Custer-Hysham 46-22. McKenzie Morrison scored seven to lead the Rebels.

• No. 1 Fort Benton kept rolling with a 65-21 romp over Denton-Geyser-Stanford behind 12 points from Ashlee Wang, and 11 each from Emerson Giese and Maci Molinario. The Longhorns led 17-2 after one quarter and built the gap 26 at halftime. Sydney Von Bergen led the Bearcats with seven points.

• On Wednesday, Emmie Collins scored 23 points and Ashlynn Roos backed her with 16 to lead West Yellowstone over Lone Peak 48-24. The Wolverines broke from a three-point halftime lead with a 20-3 third quarter.

DILLON — For some, Thursday’s match up between the Dillon Beavers and the Stevensville Yellowjackets was just another high school basketball g…