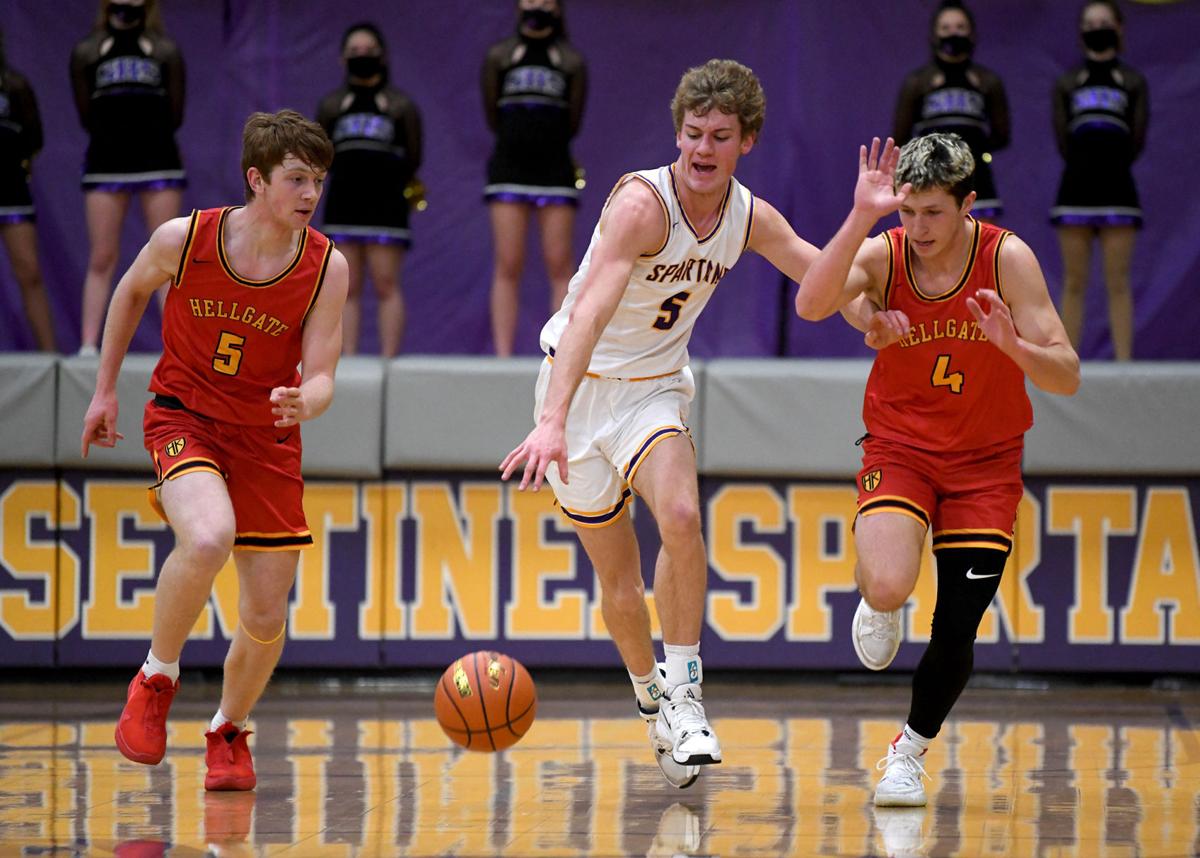 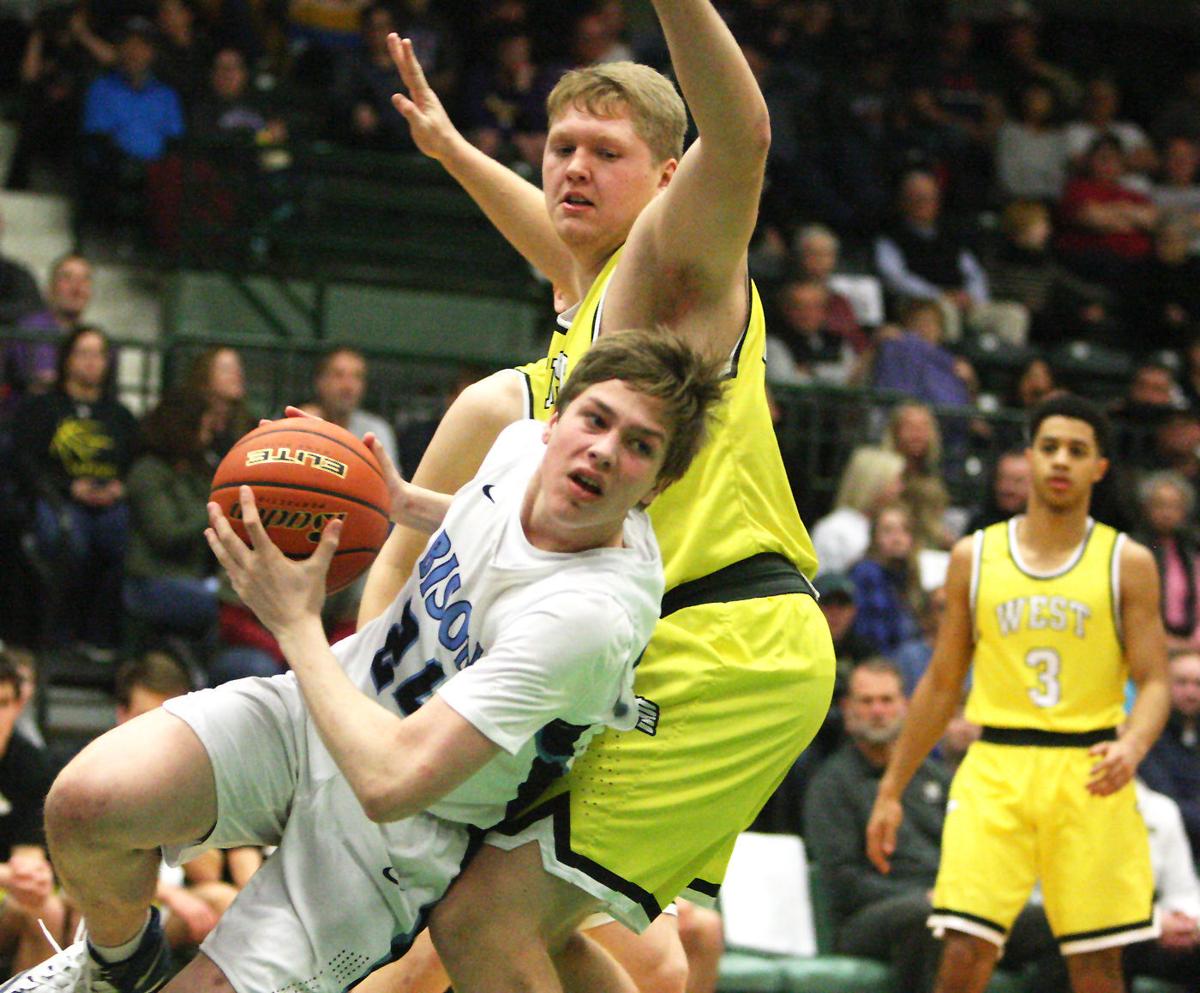 Great Falls' Drew Wyman looks to pass the ball while working against Billings West's Kobe Nelson during the State AA boys consolation final in 2019 at the Butte Civic Center.

Great Falls' Drew Wyman looks to pass the ball while working against Billings West's Kobe Nelson during the State AA boys consolation final in 2019 at the Butte Civic Center.

MISSOULA — With the final week of the Class AA basketball here, just eight boys teams remain in the hunt for a state title.

Play will get started in the boys tournament at 9 a.m. on Wednesday in Great Falls at Four Seasons Arena. Originally in a playoff format, much like the Class AA volleyball tournament in the fall, the format was changed in early February back to a traditional one-site tournament format.

Spectators will be allowed with a limit of 500 per team and there is no general admission. Tickets were to be purchased through each school.

Unless otherwise specified, tickets are team specific and won't work for both boys and girls games if a school happened to qualify both programs. Games should be able to be streamed on the NFHS Network.

Masks and social distancing policies will be in effect.

• For the first time in over 10 years, Hellgate is not in the tournament field. The last time that happened was the 2010-11 season and it comes after No. 7 Glacier upset the No. 2 Knights in a play-in game last Tuesday.

• There was no East-West crossover during the regular season either and many of the squads look quite a bit different than they did a year ago. This provides an added wrinkle and could put an emphasis on in-game and game-to-game adjustments.

• The West's top-seed Missoula Sentinel might be the favorite coming into the tournament, but the East's top-seed Great Falls is not far behind. The Spartans have just one loss on the year, which came against Butte in the Mining City during the last game of the regular season. The Bulldogs shot 47 free throws in that game, which became a point of contention on social media following the Butte win.

• Sentinel boasts two of the best players in the league this season in Alex Germer and Tony Frohlich-Fair. Germer, a Montana State men's basketball commit, leads Class AA with a scoring average of 24.1 points per game, while grabbing 6.3 rebounds and dishing out 1.8 assists per game. He's also been blistering from the perimeter, hitting 43 of 98 3-point attempts during the regular season. Germer exploded for 51 points earlier this season and set the single-game high-water mark in Class AA for 3-pointers made with 13, which tied for second-place with Ronan's Matt Luedtke.

• Great Falls is led by 6-foot-5 star Drew Wyman, who is second in the state in scoring average with 20.9 points and has hauled in 8.4 rebounds per game, a mark that ranks third in the state. The only loss for Great Falls was a three-point setback against Bozeman.

Missoula Sentinel last made the Class AA boys state title game in 2008 and has not won the tournament since 1986.

Skyview's losses have come to Bozeman and Great Falls this year and all three of them were by double-digits. The Falcons lost 6-foot-8 star Julius Mims to graduation a year ago.