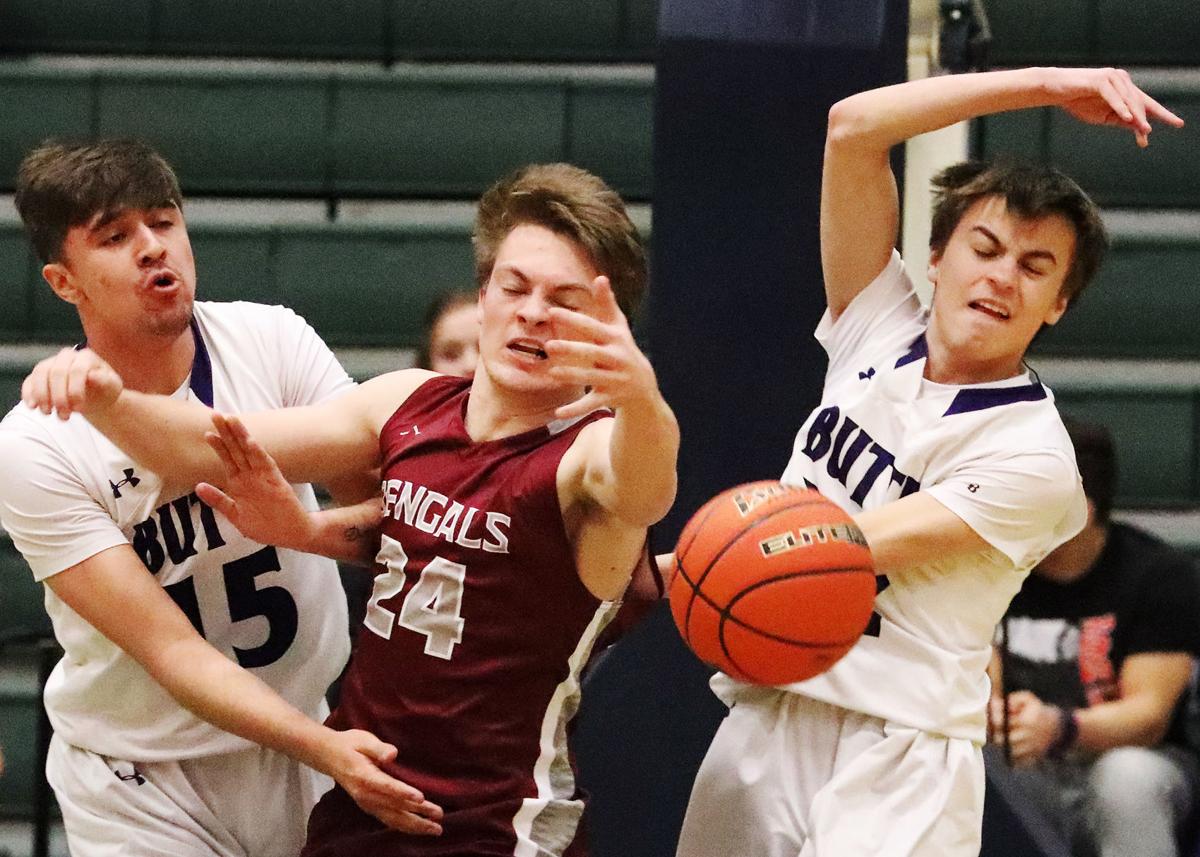 Butte's Andrew Booth and Billy Kelly reach for a rebound as Helena's Logan Brown fights for the ball on Saturday at the Butte Civic Center. 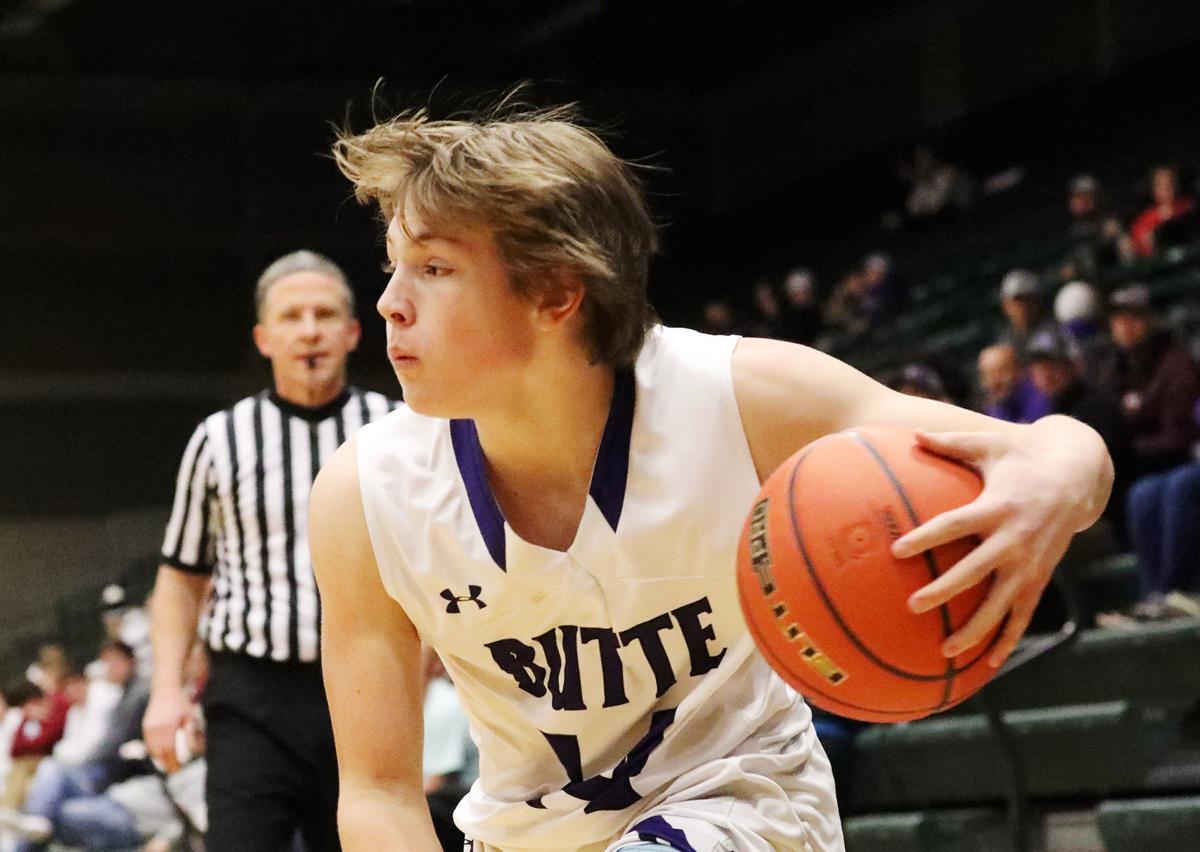 Butte's Kenley Leary dribbles the ball during an offensive drive in the Bulldog's home game against Helena High School on Saturday at the Butte Civic Center. 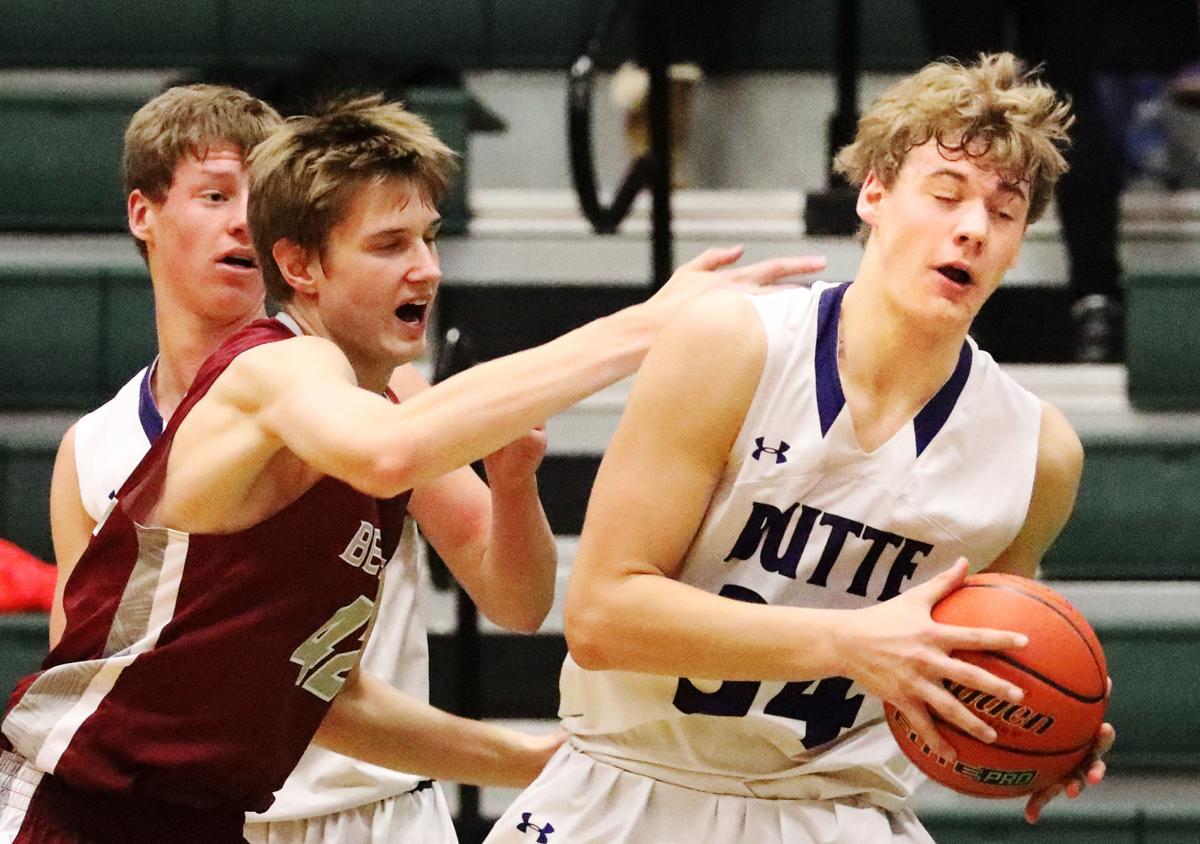 Butte's Andrew Booth and Billy Kelly reach for a rebound as Helena's Logan Brown fights for the ball on Saturday at the Butte Civic Center.

Butte's Kenley Leary dribbles the ball during an offensive drive in the Bulldog's home game against Helena High School on Saturday at the Butte Civic Center.

Butte and Helena entertained the Butte Civic Center Saturday, but the Bengals’ second half improvements made the difference.

The Bengals defeated Butte 46-42 to improve to 2-4 on the season, while delivering the Bulldogs their fifth loss of the year, as head coach Matt Luedtke’s team sits at 2-5.

Opposing head coach Brandon Day said the key to the game was the way his squad responded to a slow start in the first half.

“The biggest thing I said,” Day said. “Was that they didn’t play with much heart in the first half, and we didn’t play any defense. I just called them out on it and they stepped up in the second half, I’m proud of them.”

Butte took an early advantage after treys from Cael Stenson and Andrew Booth, but the Bengals matched shooting well enough to consistently stay within striking distance.

Both the Bulldogs and Bengals implemented strong presses, which saw both teams turn the ball over and struggle to maintain consistent rhythm and possession.

However, after 10 points in the first 12 minutes from Booth, Butte’s Billy Kelly took over, scoring 10 straight Bulldog points to propel his team to an eight-point advantage at half, but starters Cael Stenson and Tommy Mellott earned three fouls each in the process.

Mellott’s foul trouble got worse, as he opened the half with a foul. The Bengals, on the other hand, took advantage of his absence and an injury to Kelly, to open the second half with an 8-0 run, partly thanks to three-point plays from Dexter Tedesco and Kaden Hout.

“He does a lot of great things for us. He had a great first half and him going down absolutely killed us," Luedtke said. "We had some kids come in that I don’t think we’re mentally ready to be successful against the press they had going.”

Helena’s press continued to produce results as the Bengals tied the game at 38 with a quarter to play.

The fourth quarter opened with a controversial technical foul, as Helena 6-foot-9 junior Sam Norum took an excellent pass from Tedesco and used his height to two-hand slam, but the refs called a technical for hanging on the rim, which elicited a variety of responses from the Butte Civic Center crowd.

Shortly after, Norum earned quick fourth and fifth fouls on Butte’s Jake Olson, sending him out of the game and creating a height mismatch in favor of Olson, but not one that the Bulldogs could take advantage of.

While neither side was clinical from the free-throw line, Bengals junior Burgin Luker was able to knock down a pair of late free throws to give a 46-42 lead with just seconds to play, which iced Butte out and earned Helena their second win of the year.

The Bengals were led by Ferguson’s 10 points, with Tedesco chipping in nine. Sophomore Kaden Huot added seven as well, with Norum and junior Austin Zeiler putting up six each.

“Ferguson stepped up for us tonight,” Day said. “Which is huge for us, because he’s been waiting for a game like that. Kaden Huot also played well. Hopefully these guys can keep turning it around.”

Butte was led by Booth and Kelly’s 12 points each, while Stenson added seven himself. Mellott ended his day with four points.

Luedtke says that the Bulldogs have to tighten up their play going forward.

“We have to get better under pressure,” Luedtke said. “We buckled, and I think we had 22 or 23 turnovers or something like that. They’ve got to go out and execute better, and as coaches, we have to go back to the drawing board.”