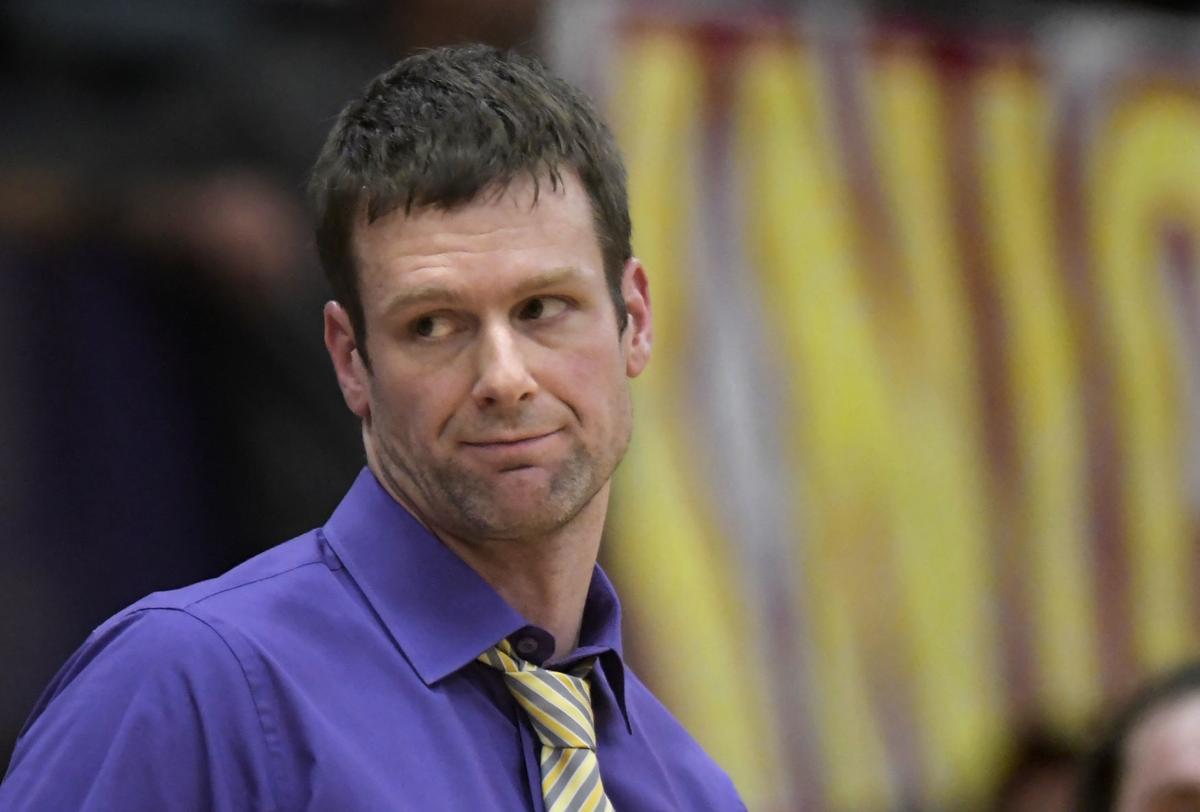 Missoula Sentinel head coach Jay Jagelski reacts in the first half of the game. 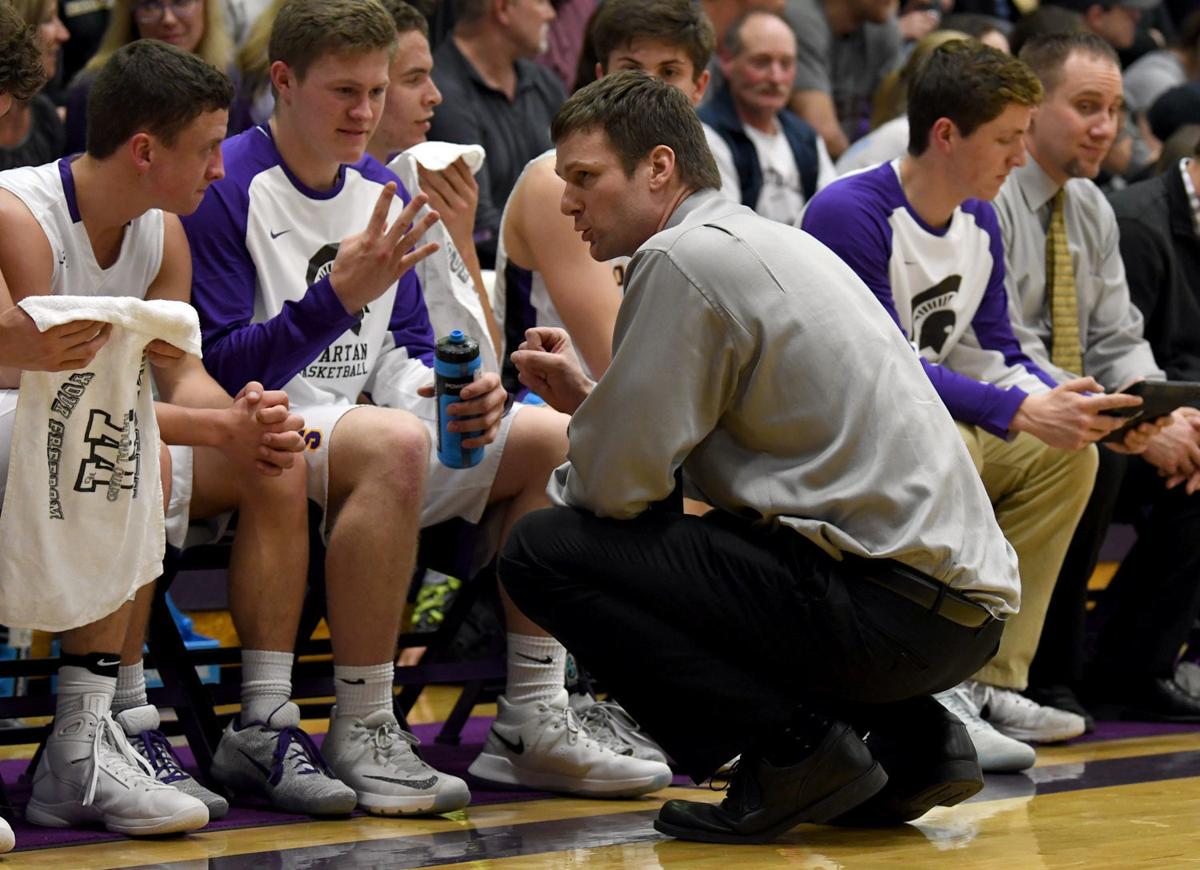 Missoula Sentinel head coach Jay Jagelski reacts in the first half of the game.

Jay Jagelski has resigned as the Missoula Sentinel boys basketball head coach after eight seasons to spend more time with his family, he told 406mtsports.com on Sunday.

Jagelski, 39, took over the Class AA program ahead of the 2012-13 season and led the Spartans to five state appearances. It was the second head coaching job for the Carroll College graduate after he spent the previous five seasons at Class C Victor.

Jagelski informed players on Thursday that he was stepping away from basketball. He said in a Sunday evening phone call with 406mtsports.com that it was to spend more time with his sons, Jett and Locke, and wife, Olivia.

Jagelski said he plans to continue to teach at Sentinel High School.

"It's definitely a hard team to walk away from ... it's a great group of boys, but I've missed a lot of my boys growing up over the last eight years, and it's time for me to take a step away," Jagelski said. "I'll definitely still be cheering them on and maybe I'll get back on the bench at some point.

"I just need some time to recharge, and we'll go from there."

He also mentioned his children were starting to get into basketball and he had missed games coaching them. Jagelski left the door open for a return to full-time coaching someday but stressed that he would have to find a healthy balance between coaching and being around his family.

Jagelski was 95-86 over his eight-year stint, which included a 2-10 record at the state tournament. Sentinel had seemed to hit a groove under Jagelski over the past three years, winning 17 or more games in each of those seasons.

The Spartans have gone to each of the past four Class AA state tournaments. They won one Western AA regular-season championship and one Western AA divisional tournament title in his eight years, both in 2018.

"We had some successful teams. Where I started with the program, we had some real rough years at the beginning, and we were not the most competitive at times, but we built that up," Jagelski said. "Now we're at the point of leaving the program in a situation where they're fully stocked and doing well. They're not only going to have a good year next year but for years to come.

"My goal always was to leave this place in a better place than when I started, and I feel like I definitely did that."

Jagelski had four players earn a total of five all-state honors: Sam Beighle, Zaccheus Darko Kelly, Scott Malikie and Alex Germer. Beighle was the lone two-time selection, was named the 2017-18 Gatorade Montana Player of the Year and flipped from Carroll College to Montana Tech before deciding not to play college basketball because he wanted to focus on academics over athletics.

Darko-Kelly recently wrapped up an NAIA All-American career at the University of Providence. Malikie completed his freshman season at Rocky Mountain College. Germer, who will be a senior next season, is a Montana State commit and the first player under Jagelski to receive a Division I offer.

"Coach Jagelski’s time commitment, work ethic and passion for the game of basketball was evident in watching his teams play," Sentinel athletic director Dane Oliver told 406mtsports.com. "His dedication to young men on and off the court, along with the numerous hours in the offseason helping developing his teams will be sorely missed."

Sentinel is expected to contend for a state title once again next year, as stars Germer and Tony Frohlich-Fair will each be in their final seasons. The Spartans went 0-2 at the state tournament this year, getting bounced out before the coronavirus halted the tournament.

Jagelski, originally from Vancouver, Washington, attended Southwest Oregon Community College for a season before transferring to Carroll College. A 6-foot-7 post, Jagelski played for the Saints from 2001-04.

Following his graduation with a degree in history — he is also a social studies teacher at Sentinel — Jagelski spent one year as an assistant coach under legendary former Carroll coach Gary Turcott.

He then was an assistant coach under current Sentinel girls basketball coach Karen Deden for the 2006-07 season before moving on to Victor.

"You got a family and it's a lot different than it was 13 years ago," Jagelski said. "Just taking a breather and where that takes me next, we'll see. Just taking a step away."