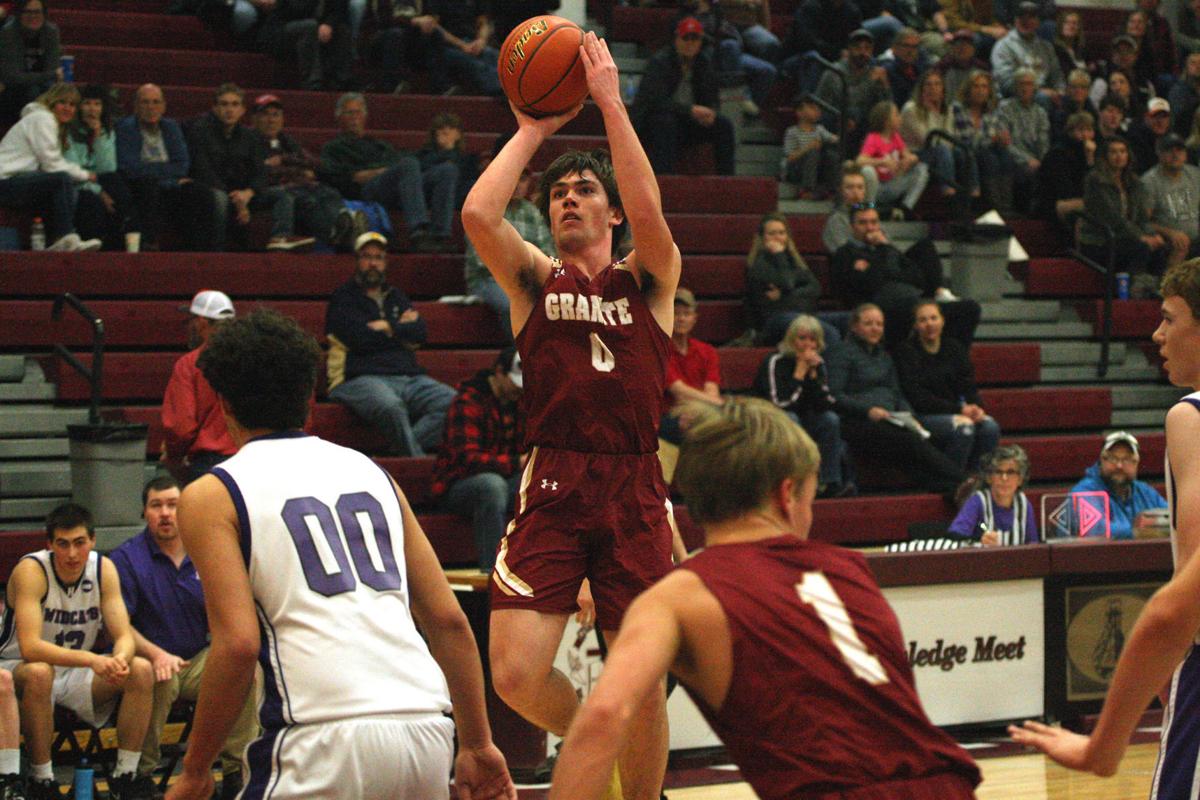 Philipsburg's Kade Cutler fires a shot during Harrison's 36-33 win over the Prospectors during the District 12C tournament at the Maroon Activities Center in Butte Friday. 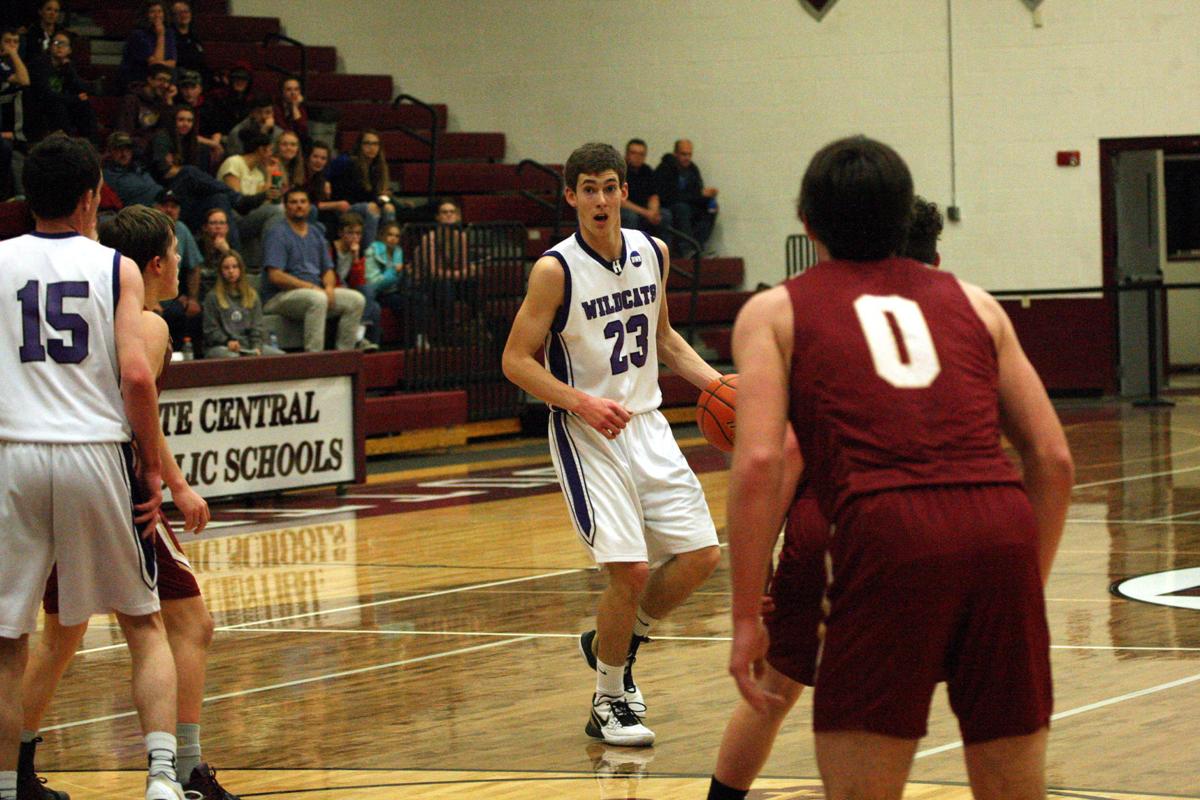 Harrison's Vern Homner looks for a teammates during Phillipsburg's win over the Wildcats during the District 12C tournament at Butte's Maroon Activities Center Friday. 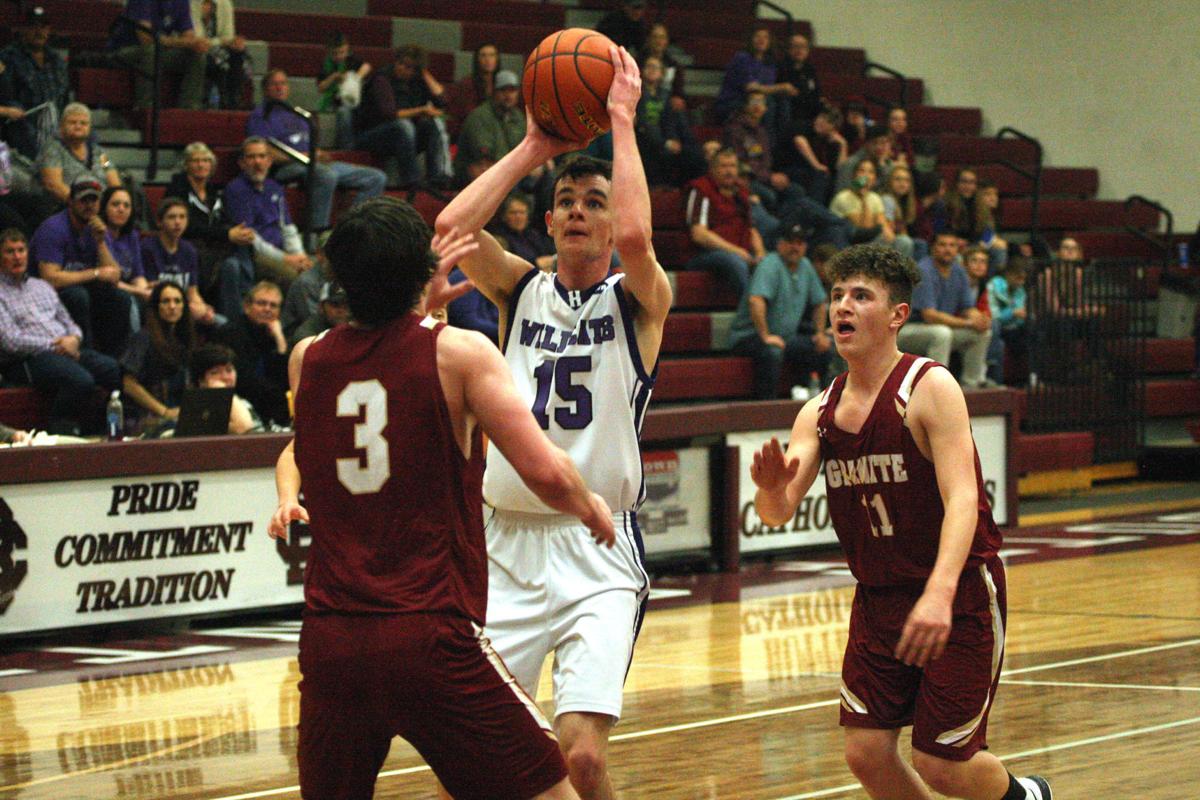 Harrison's Jackson Nye looks to score during the Wildcats' 36-33 win over the Wildcats during the District 12C tournament at Butte's Maroon Activity Center Friday. 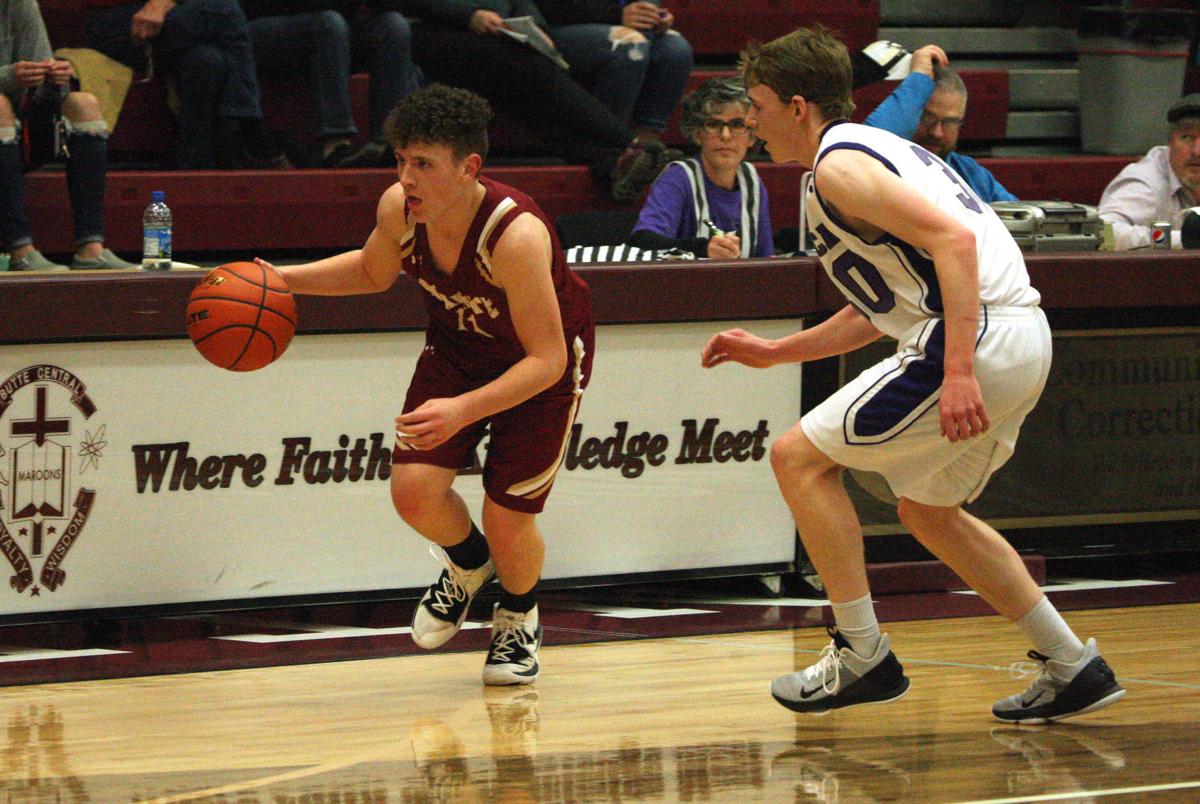 Philipsburg's Andrew Tallon drives up the court during Harrison's 36-33 win over Philipsburg at the District 12C tournament at the Maroon Activities Center in Butte Friday.

Philipsburg's Kade Cutler fires a shot during Harrison's 36-33 win over the Prospectors during the District 12C tournament at the Maroon Activities Center in Butte Friday.

Harrison's Vern Homner looks for a teammates during Phillipsburg's win over the Wildcats during the District 12C tournament at Butte's Maroon Activities Center Friday.

Harrison's Jackson Nye looks to score during the Wildcats' 36-33 win over the Wildcats during the District 12C tournament at Butte's Maroon Activity Center Friday.

Philipsburg's Andrew Tallon drives up the court during Harrison's 36-33 win over Philipsburg at the District 12C tournament at the Maroon Activities Center in Butte Friday.

Jackson Nye was an unlikely hero for Harrison, but the junior rose to hit the game-winning three for the Wildcats.

Harrison defeated Philipsburg 36-33 as a game defined by 31 minutes of defensive play was decided by the Wildcat junior's first bucket from the field came from behind the arc to put Harrison past the Prospectors.

Nye talked shortly after the game, still bouncing with excitement after his deciding shot.

“I didn’t make one all night,” Nye said. “I just shot it, and it went in. There’s no feeling like it. No way. It means everything, these people are my friends on and off the court… We fought until the end and hopefully we make it farther.”

JACKSON NYE WITH THE GAME-WINNING THREE WITH LESS THAN 3 SECONDS LEFT. WILDCATS MOVING ON TO THE CHIPPER. #mtscores pic.twitter.com/0RBljKTF5x

The Prospectors and Wildcats duel began with a premium on defensive play, as neither team broke into double-digit scoring in the first or second quarters.

Harrison looked to their perimeter shooting to keep pace with Philipsburg, as 12 of their 15 first-half points came from three-point efforts, seeing junior Christian Contreras make two of his team’s four treys.

Prospector junior Kade Cutler matched Contreras with six points, acting as the driving force of the Philipsburg's offense by getting important offensive boards to add to his scoring. Cutler’s scoring, along with freshman Andrew Tallon’s five, put Philipsburg up two at the break.

Cutler was praised by Prospectors head coach Dustin Keltner, along with junior Brian Ward and senior Daniel Brabender, for being a focal point of Philipsburg’s game.

“They’re the three-headed monster of our team,” Keltner said. “They played so hard. I can’t pick one or the other, all three of them are great athletes and basketball players. They played to win.”

Harrison opened the second half by continuing their stout defensive display, holding the Prospectors scoreless for the first 4:30 of the third quarter.

Harrison head coach and Butte Central alum Zack Murphy commented on his team’s defensive identity and his return to the MAC.

“We pride ourselves on defense,” Murphy said. “Base ourselves a lot on what [head coach] Brodie [Kelly] does here at Butte Central. It’d be nice to score a little bit better on the other end… I’m happy to be back [at the MAC.]”

However, the Wildcats only scored four points during Philipsburg’s drought, and juniors Preston Metesh and Brian Ward eventually got the Prospectors’ off the mark, with Ward knocking down a three that lit up the gym.

Harrison junior Christian Contreras answered the challenge for the Wildcats, knocking down a trey soon after to give Harrison their first lead at a quarter break, 23-22.

Ward added another bucket early in the fourth quarter to restore the Philipsburg lead, while Contreras earned his fourth foul quickly after, putting the Prospectors in the bonus.

Neither side could break away late, though, as four points in less than 15 seconds for Harrison was overcome by Philipsburg’s offensive rebounding, which produced two baskets for a one-point lead with less than two minutes on the clock.

The two sides were tied at 31 after a Buus free throw, but a mental lapse from Harrison gave the ball to the Prospectors with just over 30 seconds on the clock, and Ward took advantage with an impressive floater to put Philipsburg up two with 26.8 remaining.

A great moment for Ward was soon outshined as the Wildcats passed the ball around, looking for a shot to tie or win. Nye ran around senior Vern Homner, took an off-balance three-pointer, and hit the bottom of the net with just three seconds left, sending Harrison to the final.

Murphy commented that Nye’s attempt came about through a myriad of errors, but that the junior made the moment.

“We were trying to draw [Philipsburg] out of their zone,” Murphy said. “We threw the ball in too quick, it was supposed to be a dribble-weave with Homner. That even got messed up a little bit, [Homner] wasn’t super aggressive but he found Jackson and he knocked it down.”

Nye finished with six points, knocking down two free throws after the go-ahead. Contreras led the Wildcats with nine points on three treys, while Homner wrapped up his night with seven. Buus’ scored all six of his points in the second half.

For the Prospectors, Ward’s 11 points was a game-high, while Cutler tacked on seven. Preston Metsch contributed four point to round out Philipsburg’s top scorers.

Keltner said that Friday night is the example of how sports can be as heartbreaking as they are thrilling.

“We came up with some timely scores late,” Keltner said. “We defended the shot perfectly. [Nye] just turned and threw it up... When it comes right down to it, that’s sports. Unfortunately, this is the bad side of sports.”

Harrison will take on undefeated Twin Bridges in the final, while Philipsburg will play Ennis in a loser-out matchup.