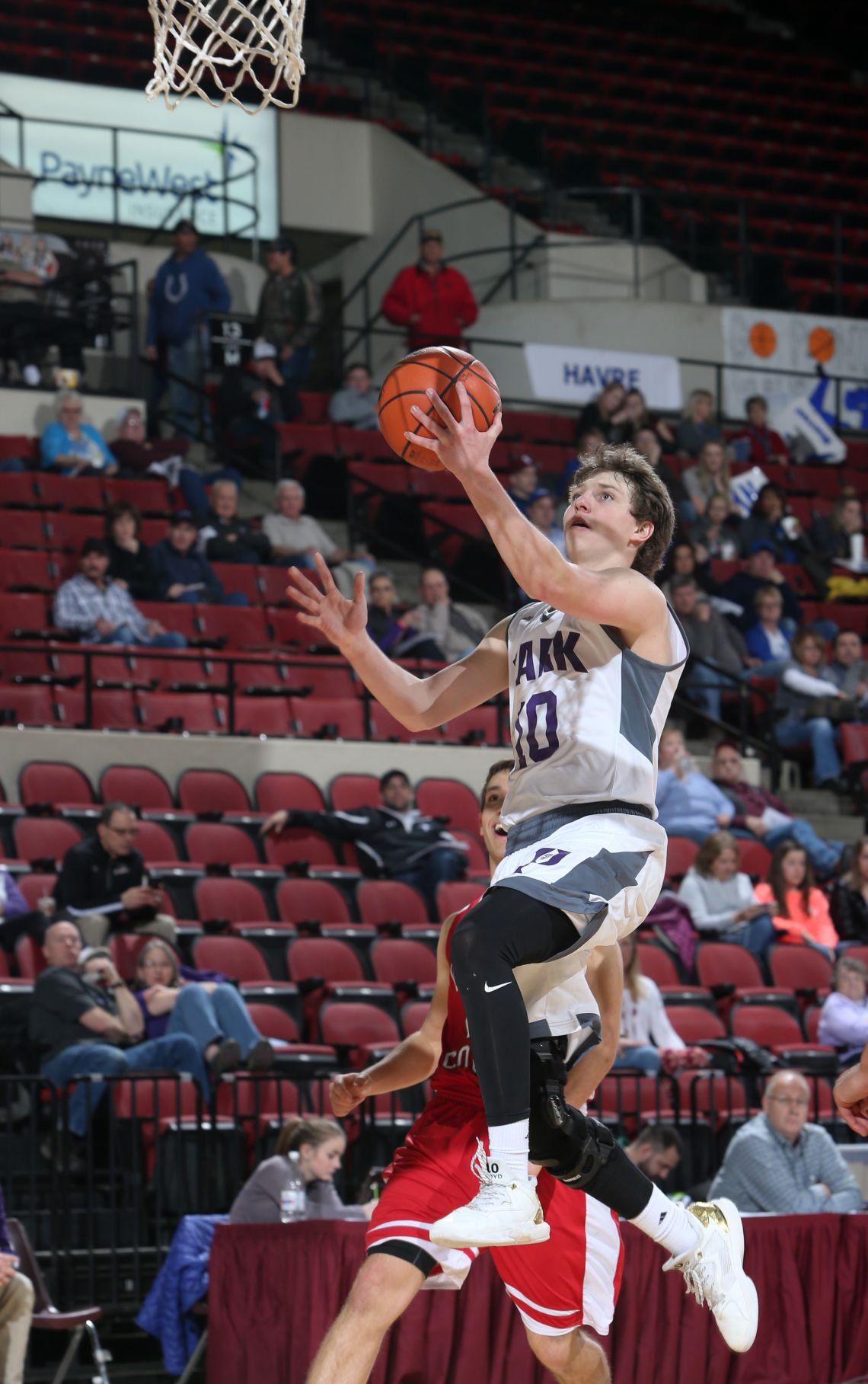 Livingston's Rydell Floyd drives for a layup against Glendive at the Central/Eastern A Divisional at the Rimrock Auto Arena at MetraPark on Feb. 22, 2017. The Rangers are currently 7-2 to start the season. 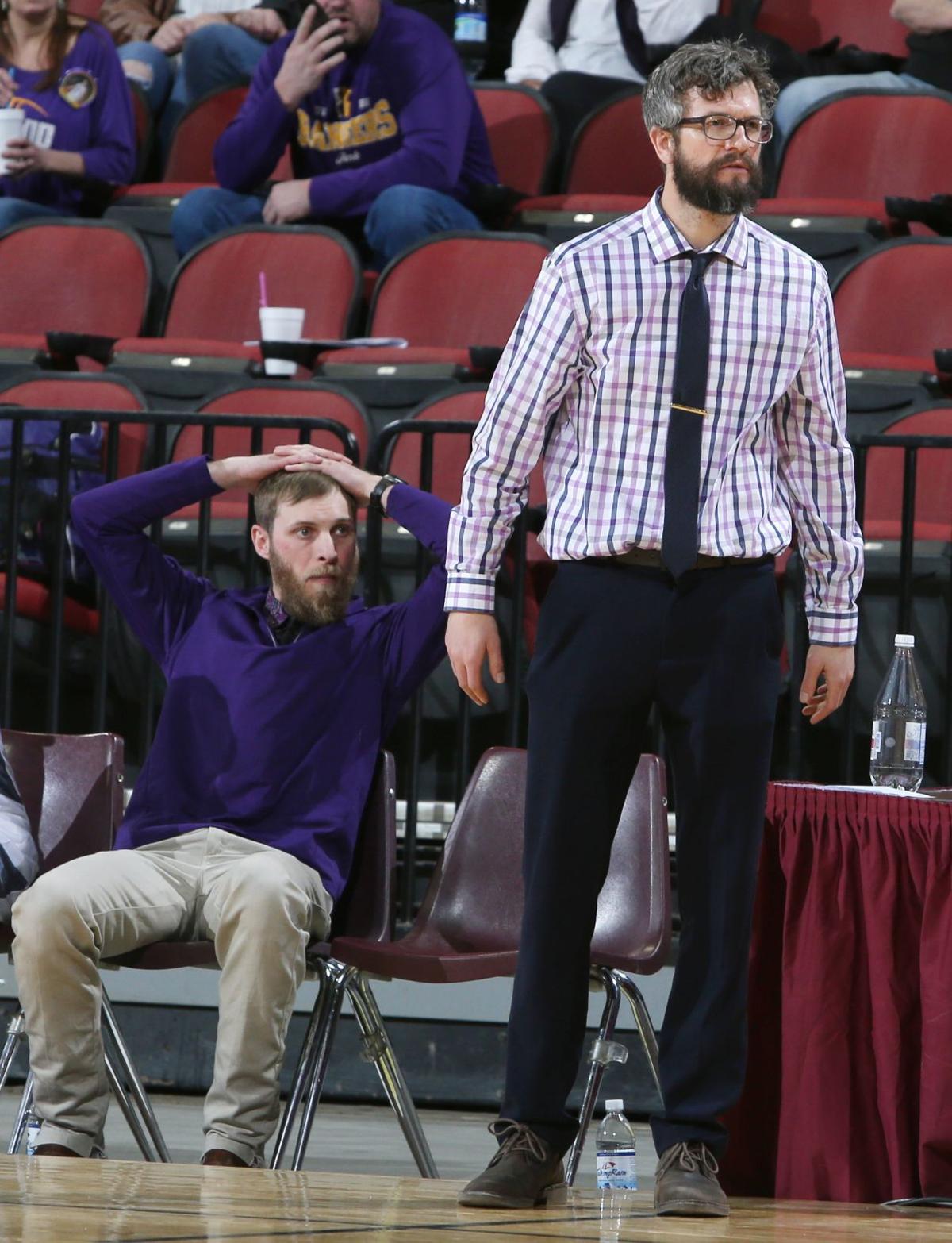 Livingston boys basketball coach Layne Glaus looks on at the Central/Eastern A Divisional at the Rimrock Auto Arena at MetraPark on Feb. 22, 2017. Glaus is the third-year head coach for the Rangers. 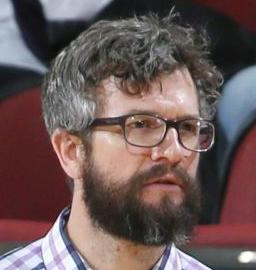 Livingston's Rydell Floyd drives for a layup against Glendive at the Central/Eastern A Divisional at the Rimrock Auto Arena at MetraPark on Feb. 22, 2017. The Rangers are currently 7-2 to start the season.

Livingston boys basketball coach Layne Glaus looks on at the Central/Eastern A Divisional at the Rimrock Auto Arena at MetraPark on Feb. 22, 2017. Glaus is the third-year head coach for the Rangers.

BILLINGS — To say the change within Livingston's boys basketball program has been substantial is an understatement.

Nine games into the season last year the Rangers were 1-8. This year? They are 7-2, and have shown they are more than capable for a state tournament berth in the new-look Central-Eastern A.

Obviously it is still early, and tournament season has some time before it gets here. But the first nine games have given Livingston players and fans plenty to be excited about.

Third-year coach Layne Glaus said his team put in plenty of offseason work and now it's paying off.

"With our guys, something that they're really holding onto right now is it doesn't matter who gets the credit. Humility has been big for us because guys are willing to work their butt off," Glaus said. "It all goes back to humility and that can be defensively and that can be on the offensive end too. Nobody cares who gets the credit, they share the ball and look to get other guys open."

Glaus said the team often looks to a quote as their motivation which says, "Humility is not thinking less of yourself, but thinking of yourself less."

Livingston's transition is drastic, and even Glaus said the team has surprised him in some ways. But as their coach he saw what the team had the potential to do, echoing that their summer work really paid dividends as some players went to about six or seven tournaments over the summer. This year, the team has big wins over defending champion Dillon and state-tournament teams Laurel and Belgrade. The Ranger's two losses have come to two other state tournament attendees from a year ago in Billings Central and Butte Central.

So it's been a tough schedule this year for Livingston. The Rangers are currently ranked at No. 5 in the 406mtsports.com high school basketball rankings.

"It's been fun to watch them grow and it hasn't been an overnight deal for them," Glaus said.

Glaus specifically added that the community had been suffering for awhile after it was hit by a pair of student suicides at Park High School in February of 2016, and the community's support of the team could not be more appreciated by Glaus and the team.

"The way the community has responded and the support we've gotten from the businesses or the families," Glaus said. "Just the people in general who are coming to watch the games and continuing to support the kids when things were down, that's been a big part of it."

The Rangers only graduated one senior from last year's team in Dawson Purkett. This year the team sports four seniors in Jakim Ricketts, Rydell Floyd, Brock Peterson and Austin Parker. Ricketts and Floyd have given the Rangers consistent offense, while Peterson and junior John Waddell are returning starters. Junior Morgan Rosberg rounds out the starting five.

Glaus, a Whitehall native, played college basketball at Montana Western. After coaching in Dillon for a few years, Glaus moved to Billings, where he earned his master's degree from Montana State Billings in athletic training. He then became the athletic trainer five years ago at Livingston, a position he still holds, and after spending some time helping out with the basketball players, he applied as the head basketball coach when the position opened up.

"It's kind of crazy how everything worked out," Glaus said.

Livingston last made the state tournament in 2011-2012. Glaus added that the school's revamped weight room, where a grant allowed the school to upgrade it, has had a positive impact for the players and school as a whole.

"Everything's been going well and it's been cool to watch how the community and the families all support the program," Glaus said.

Livingston's schedule doesn't get easier, and on Saturday the Rangers will take on Lewistown (6-1) in a big conference battle for the Central A.

"It's always fun to play top competition. They're a well-coached, very-talented basketball team," Glaus said. "The game's the fun part. Everything is done in practice and all of the hard work. These guys have been committing themselves to doing the little things this year, so that's how we'll get ready for that one."

Layne Glaus is leaving a successful Class A program to coach a Class C powerhouse.