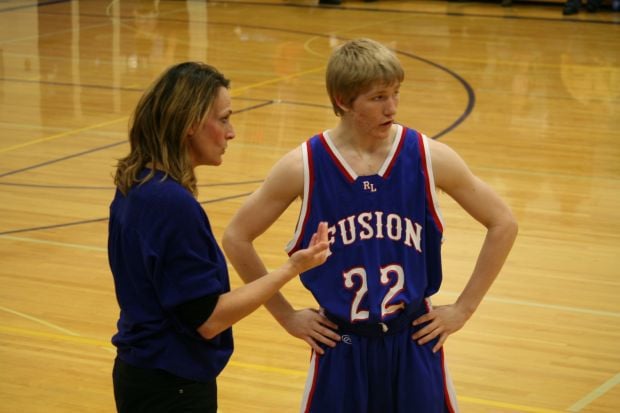 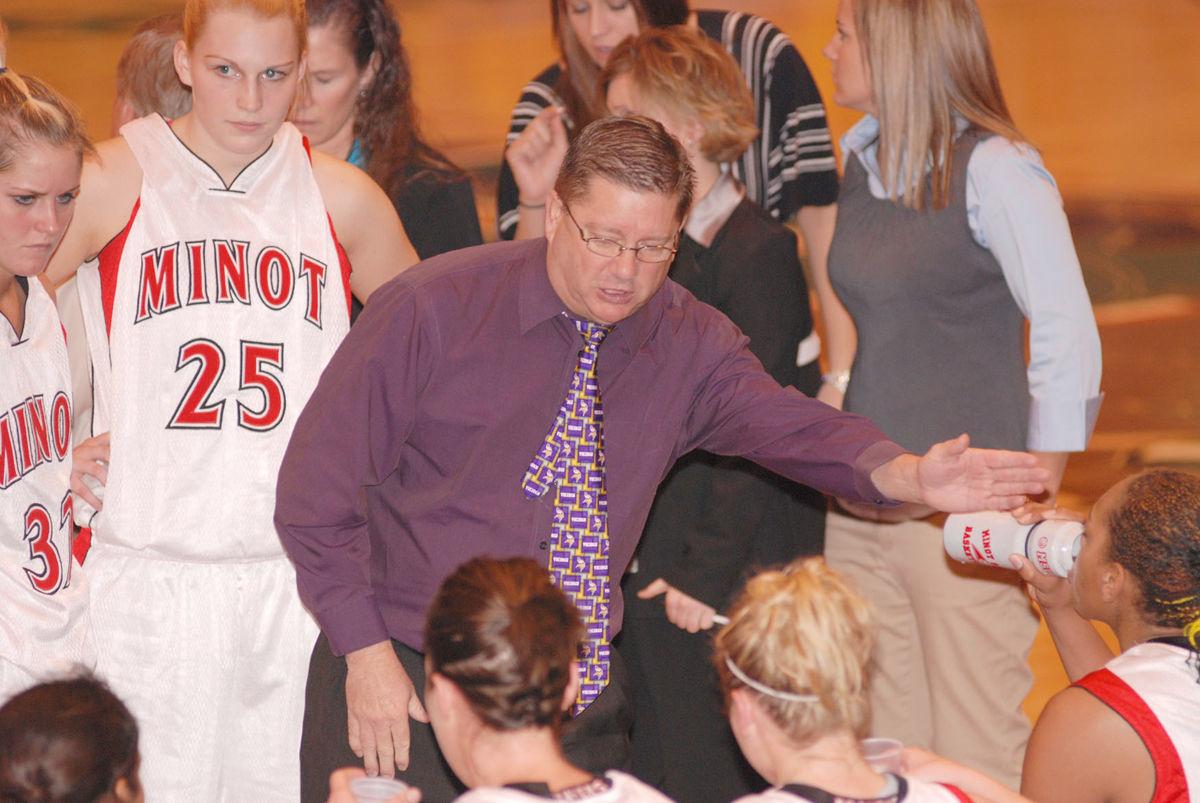 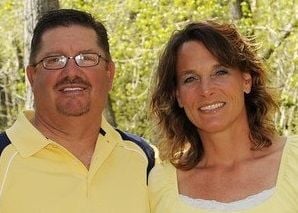 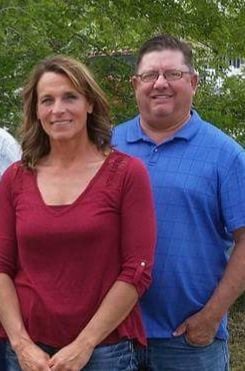 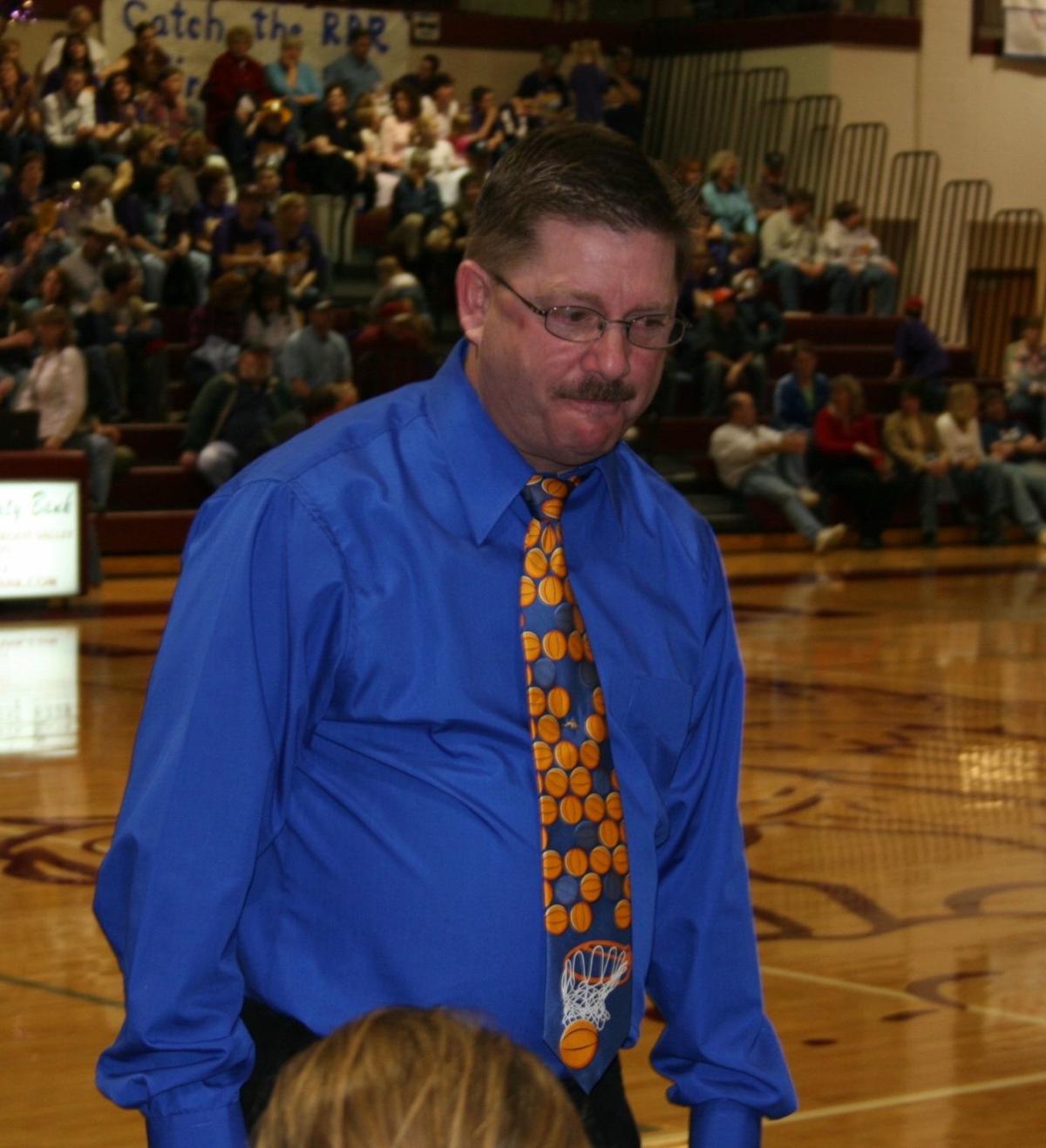 BILLINGS — Bill Triplett drives 300 to 400 miles every day delivering FedEx packages. He coaches girls basketball at Savage, a good 40 miles from his home in Lambert.

Sure beats driving from North Dakota.

Triplett is in his first season as the Savage girls coach, and he's two years removed from his 10th and final season as the head softball coach at Minot State University, his alma mater. Before moving to Minot, he spent 21 years at Reed Point-Rapelje, where he compiled one of the most successful coaching records in Montana girls basketball history.

Yet Triplett is not the longest-tenured Montana high school basketball coach in his own house. That distinction goes to his wife, Kara Triplett, the head boys coach at Richey-Lambert. Bill’s long road trips aren't ideal for the Tripletts, but both he and Kara are happy simply to be living under the same roof.

Bill was hired to be Minot State’s head softball coach and assistant women’s basketball coach in April 2007, after amassing a 667-171 Montana prep coaching record (408-49 coaching girls, 259-122 coaching boys). He and Kara didn’t marry until three years later, but they were together at the time, so the move to Minot was bittersweet for both.

Bill traveled back to Lambert when he could and spent the summers there, but living 200 miles away from his spouse and many other Montanans he built relationships with in his 25 years at Reed Point was difficult.

“We were apart for so long, or we weren’t really together,” Kara said with a laugh. “Life has a lot of challenges.”

Bill left Minot State with a 298-172 record as the softball coach, including two trips to the NAIA National Tournament.

“When I retired from Minot State, there was only one place I was gonna go, and that was here,” Bill said of Lambert.

Bill didn’t coach last year. Richey-Lambert didn’t have any openings, and he couldn’t find any other coaching positions nearby, so he spent last winter watching games, mostly Kara’s, from a distance.

Bill went into this school year still without any plans to coach. Various schools in the region reached out to him, he said, but every position would have required him to miss all of Kara’s games, and he wasn’t willing to make that sacrifice.

Toward the end of this past summer, Savage's then-girls basketball coach Henry Huber took another job. Triplett heard about the opening through connections and word of mouth, and it appealed to him more than the other opportunities. Richey-Lambert and Savage are relatively close, and the schools compete in the same athletic conference. Bill figured he could see about half of Kara’s games if he took the Savage job.

Plus, he missed coaching.

“After you’ve been coaching for 40 years, it’s in your blood,” he said. “(Kara) supported me doing it, so I decided to give it a shot.”

Bill and Kara haven’t given much thought to the fact that they’re coaching different genders. While many girls basketball teams in Montana are coached by men, few boys teams are coached by women.

Kara has coached the Richey-Lambert boys for six years, and she has been at the school for 24. She coached girls before taking over the boys team, and she has taught and coached for 29 years.

When she took over the boys squad six years ago, her son Kyle Watson was a sophomore. Her middle son, Casey Watson, was an eighth grader at the time, and her youngest son, Hunter Watson, is currently a junior post on the Fusion.

“Coaching’s always been a passion of mine, and it was interesting thinking about coaching my own kids,” she said. “It’s just been fun to be a part of my own kids’ experience.”

Kara and Bill miss the ability for Bill to attend all of Richey-Lambert’s boys games, and the hundreds of miles he travels per day is never easy. Plus, Bill is adjusting to a new team after taking a year off of coaching and spending more than a decade away from high school girls basketball.

Bill built a long pipeline during his time at Reed Point-Rapelje. He oversaw kindergarten teams that played on seven-foot baskets, he said, so by the time Reed Point girls reached high school, they were fluent in Bill’s system and knew what he expected from them. That’s obviously not the case at Savage.

“It’s fun for them, but we had to start from square one,” Bill said. “Not that they aren’t good players, but it’s a new system.”

Despite the unfamiliarity, Savage is a perfect 6-0. Richey-Lambert, meanwhile, is 6-1.

Bill and Kara will need all season to get used to their new arrangement, where Bill is in Savage for much of the week and not in the stands cheering on Richey-Lambert for every game. But they’ll take it. Both are doing what they love, and there isn’t a state border between them anymore.

After a year of semi-retirement, Bill Triplett has accepted a coaching job at the college level.