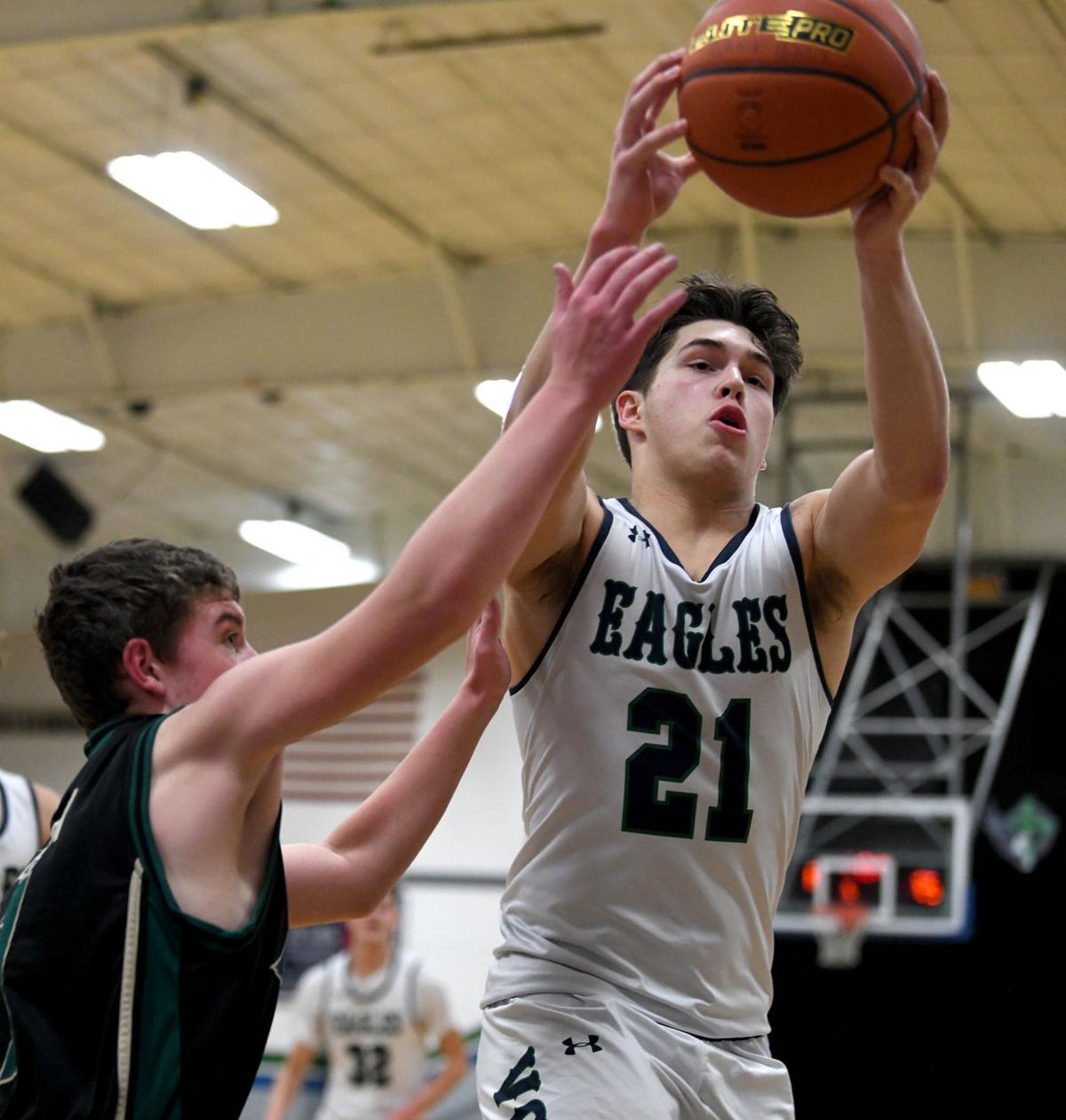 MISSOULA — Brennan Cox knows his father isn’t going to miss very many of his basketball plays because he happens to be the one filming Valley Christian’s games.

There was a chance about a decade ago that Ross Cox may never have gotten to see his son do anything. He was serving in the Army in 2011 when he stepped on an IED while on tour in Afghanistan, leading to his left leg being amputated, his right leg requiring a 10-inch rod and his left arm having nerve damage.

It was hard for Brennan, now a senior, to try to make sense of it all when he wasn’t even 10 years old. The lessons he’s learned from his father are important in life and help on the court, where Brennan and Valley Christian have been the surprise of western Montana with a 6-0 start in Class C action. Those six wins already match last year’s win total.

“Whenever he was in the hospital, I was right there every step of the way,” Brennan said after the Eagles scored a 60-13 win over Western 13-C foe Lincoln on Friday. “He really just taught me perseverance at a different level. Just really taught me to be thankful for what I have in my life and what God’s given me, even if I might not be in the best spot.

“I think that really transitions over to the court as well because it’s a very humbling experience. He just taught me that perseverance is a huge part of life.”

A Texas native, Brennan produces numerous highlights to be recorded on a game-to-game basis as the point guard. At 5-foot-11, he’s the second shortest of the starters, but he’s a feisty and scrappy defender who can frustrate offensive players or steal the ball to lead the fast break.

Offensively, Brennan is one of the Eagles’ top-four scorers with an arsenal of assists in his pocket. That latter is a bit of a change from his previous two seasons at Valley Christian after he moved to Missoula from Butte as a sophomore because his father got a pastoral job in town.

Brennan had been a shoot-first, shoot-often player but was challenged by first-year head coach Jesse Boone to become more well-rounded. All the players were put to the test to become a more cohesive unit, and Brennan helped lead the team-first approach as a three-year starter and the lone senior with ample varsity experience at Valley Christian.

“I think Brennan was a catalyst in it,” Boone said. “I knew what I wanted to do, but Brennan, I never had any resistance from him. I think he wanted to win. He wanted the best team experience possible. I saw him as a leader for sure, a vocal leader.

“He was just right with it immediately when I brought these things to the team and made these challenges. I think he was tired of losing. He was willing to do whatever and put himself out there.”

It’s no surprise to Boone where Brennan gets that attitude of being a leader and wanting to help others. Brennan father’s would rebound basketballs when they would practice together and even looks like a fit athlete himself with his jeans covering his prosthetic leg.

Brennan’s leadership was also evident on the 6-Man football field, where he was the lone senior this past fall. He prefers the basketball court, especially this year being surrounded by a plethora of talented players like 6-5 senior Billy Boone, 6-2 junior Eyan Becker and 6-3 junior Riley Reimer. All three of them are averaging double-digit scoring on a team that's eight players deep.

Billy Boone is the newest addition as the coach’s son and has made an immediate impact down low as their tallest player. The returners have also matured, bought into the new system and focused on offseason conditioning after playing decent-sized roles as underclassmen on teams that went 3-16 two years ago and 6-14 last season.

“This year is by far the best year that I’ve had and the most fun that I’ve had with these guys,” Brennan said. “I think we’re all starting to come together a lot more. We’re maturing in games. It’s a lot of fun, mostly because it’s not selfish basketball. We really care about each other.”

The Eagles are already one-third of the way through their Western 13-C schedule with a 4-0 record. They’ve beaten preseason league favorites Philipsburg and Seeley-Swan but still need to go on the road for those rematches. Their next big challenge is Tuesday, when they host Class B Florence, whose coach, Jordan Wittmier, is a Valley Christian grad.

Valley Christian hasn’t made the state tournament since 2000, when it was in Class B. The Eagles last made the State C tournament in 1998; a former player from that team talked to this year’s squad on Thursday.

Jesse Boone is starting to see the potential for his team to be the one to end that skid, and he’s not afraid to say it.

“I think they could definitely make it to state this year,” Boone said. “That’s something I’m starting to think about. When you see a team that was 6-14, I was not certain what we’d be in the preseason. If they keep playing together, they have some pretty good potential. That’s what we’re going to start aiming for.”