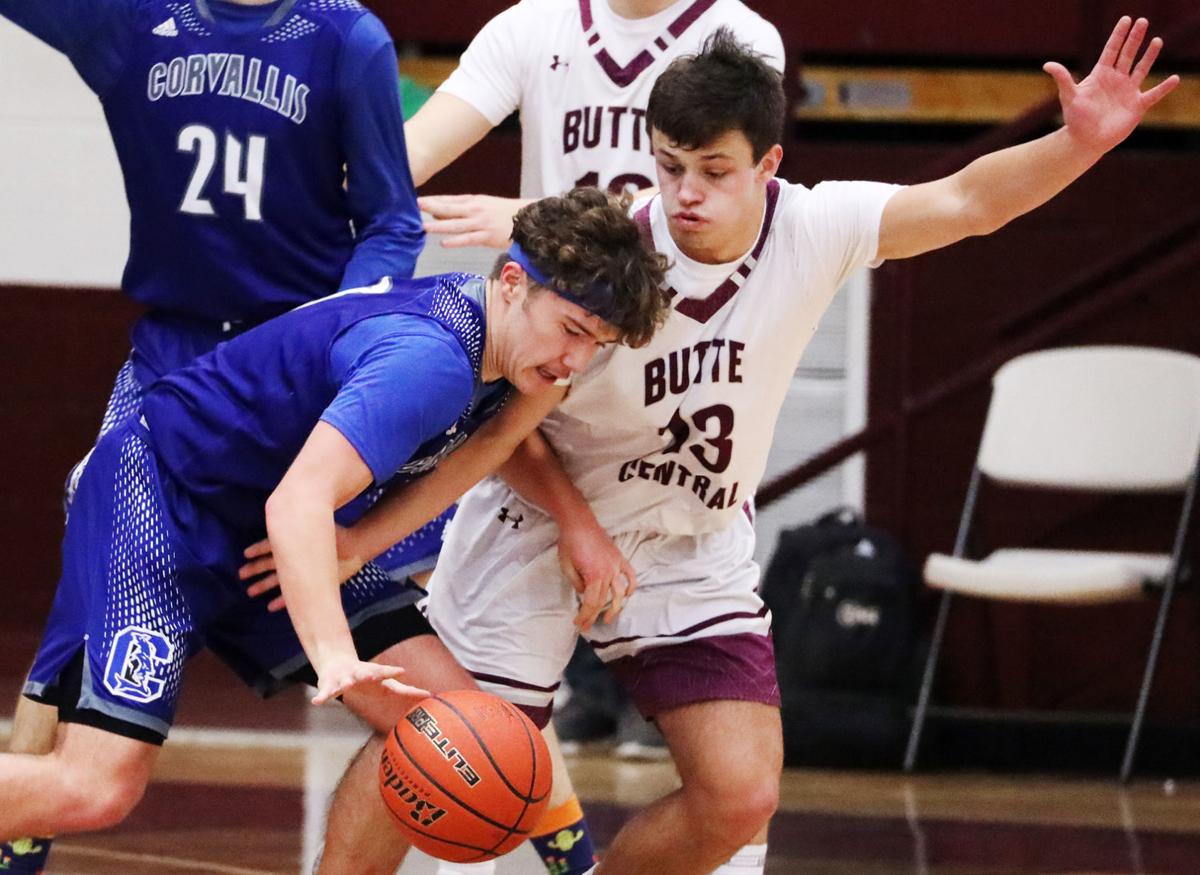 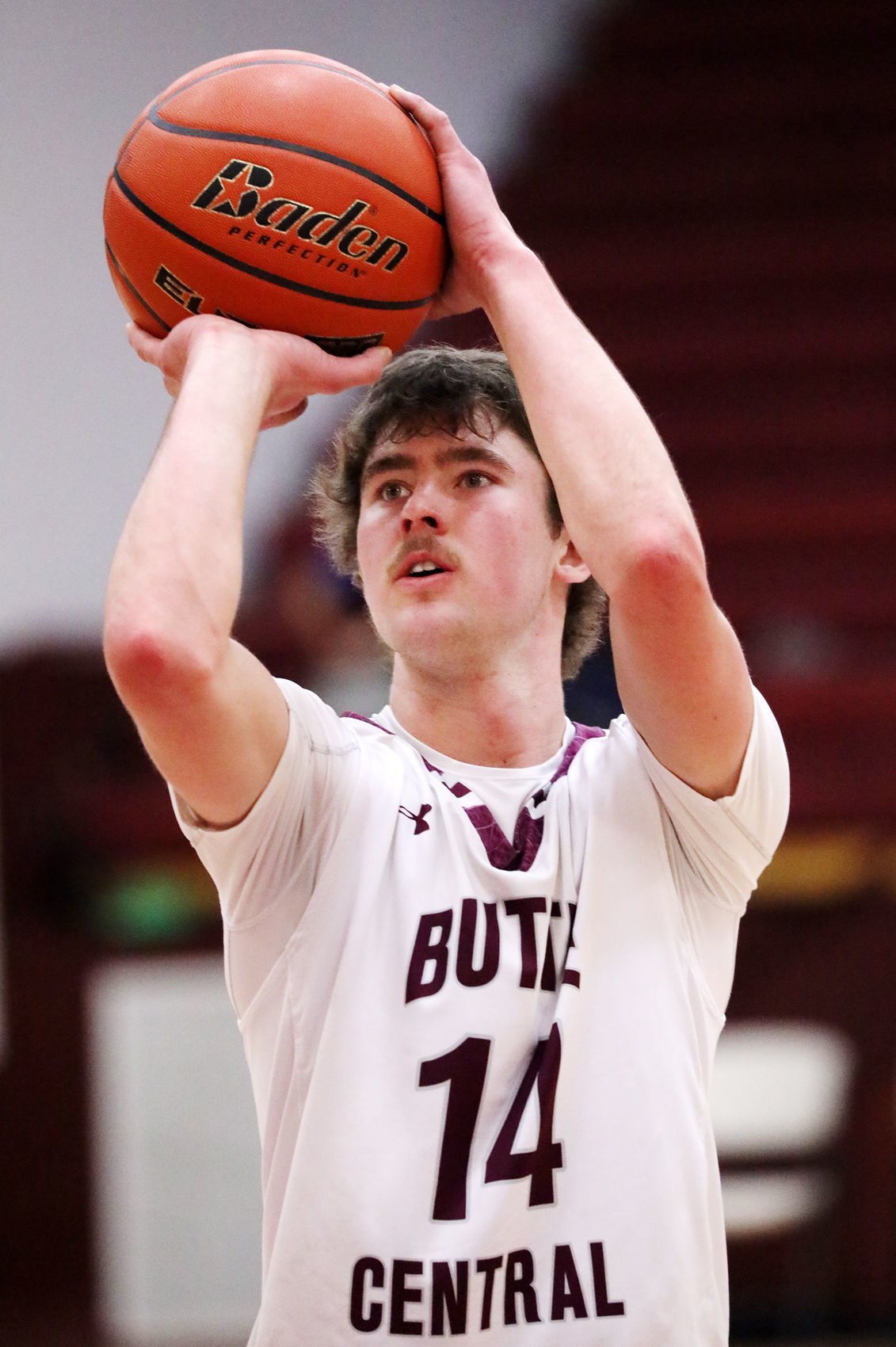 Butte Central's Gator Yelenich takes a shot at the free throw line towards the end of the fourth quarter as the Maroons pulled away from Corvallis High School on Saturday in Butte. 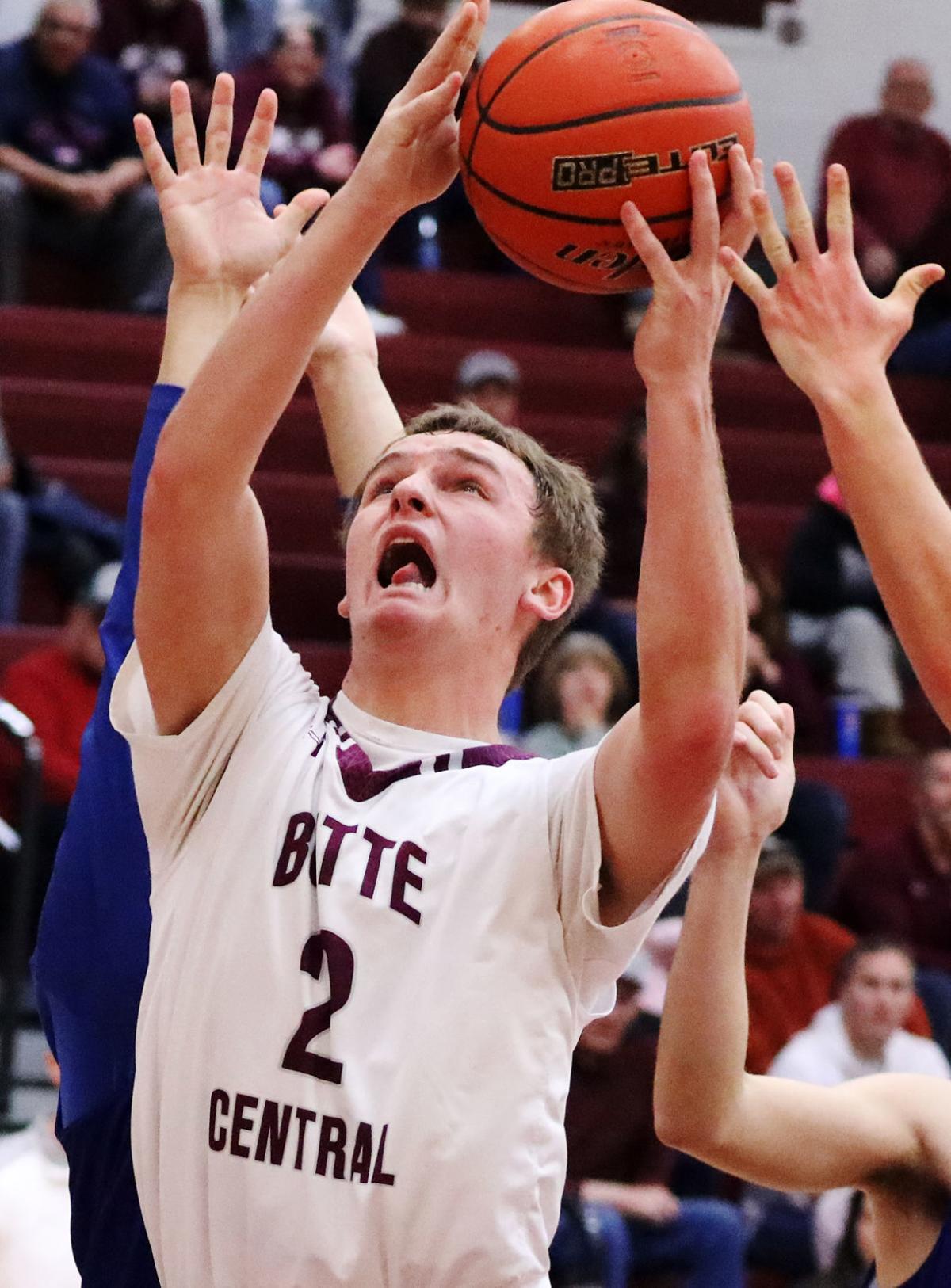 Butte Central's Jared Simkins takes the ball to the hoop on Saturday in the second half of the Maroons narrow victory over Corvallis in Butte.

Butte Central's Gator Yelenich takes a shot at the free throw line towards the end of the fourth quarter as the Maroons pulled away from Corvallis High School on Saturday in Butte.

Butte Central's Jared Simkins takes the ball to the hoop on Saturday in the second half of the Maroons narrow victory over Corvallis in Butte.

BUTTE — Midway through the fourth quarter of its Southwest A tilt against Corvallis on Saturday, the unbeaten Butte Central boys found themselves in territory that has been somewhat unfamiliar this season — trailing.

Following a game-tying 3-pointer from Luke Wolsky and a pair of free throws from Caleb Warnken, the Blue Devils suddenly had an improbable 41-39 lead over the Class A No. 2 Maroons with under five minutes remaining.

Central senior Trevor Neumann responded with two quick layups to regain the lead for good, the Maroons press defense stepped up and Gator Yelenich sank six free throws in the final minutes as the Maroons held on and avoided the upset with a 51-46 victory at the Maroon Activities Center to roll Central's record to 11-0 overall and 5-0 in conference play.

His team may be sitting at 11-0, but Central coach Brodie Kelly said he and his squad are more concerned with improving as the season rolls along than focusing on being unbeaten.

"We've played a lot of really good basketball teams and I'm not sure we ever worry about being undefeated," Kelly said. "We're just trying to play game by game and be our best.

"We faced some adversity in the fourth quarter and were struggling a little and ultimately these guys stepped up and made some plays."

Central, which didn't trail until Wolksy's free throws in the fourth, built a 12-6 lead to end the first quarter and headed into halftime up 24-7. The Maroons led by as much as 13 before heading into the fourth quarter leading 36-27 where Corvallis outscored Central 14-3 to eventually tie up the game and take its brief lead.

Corvallis dropped to 5-4 overall and 1-3 in the Southwest A. Third-year Blue Devils coach Zane Warnken noted that his team was unable to capitalize on its fourth-quarter lead, but also acknowledged that the effort his team put forth was the most complete performance he's seen from them this season.

"This is the first time where everybody on the floor was locked in and ready to battle," Warnken said. "The character that these kids have was evident. We've been challenging them to be tougher."