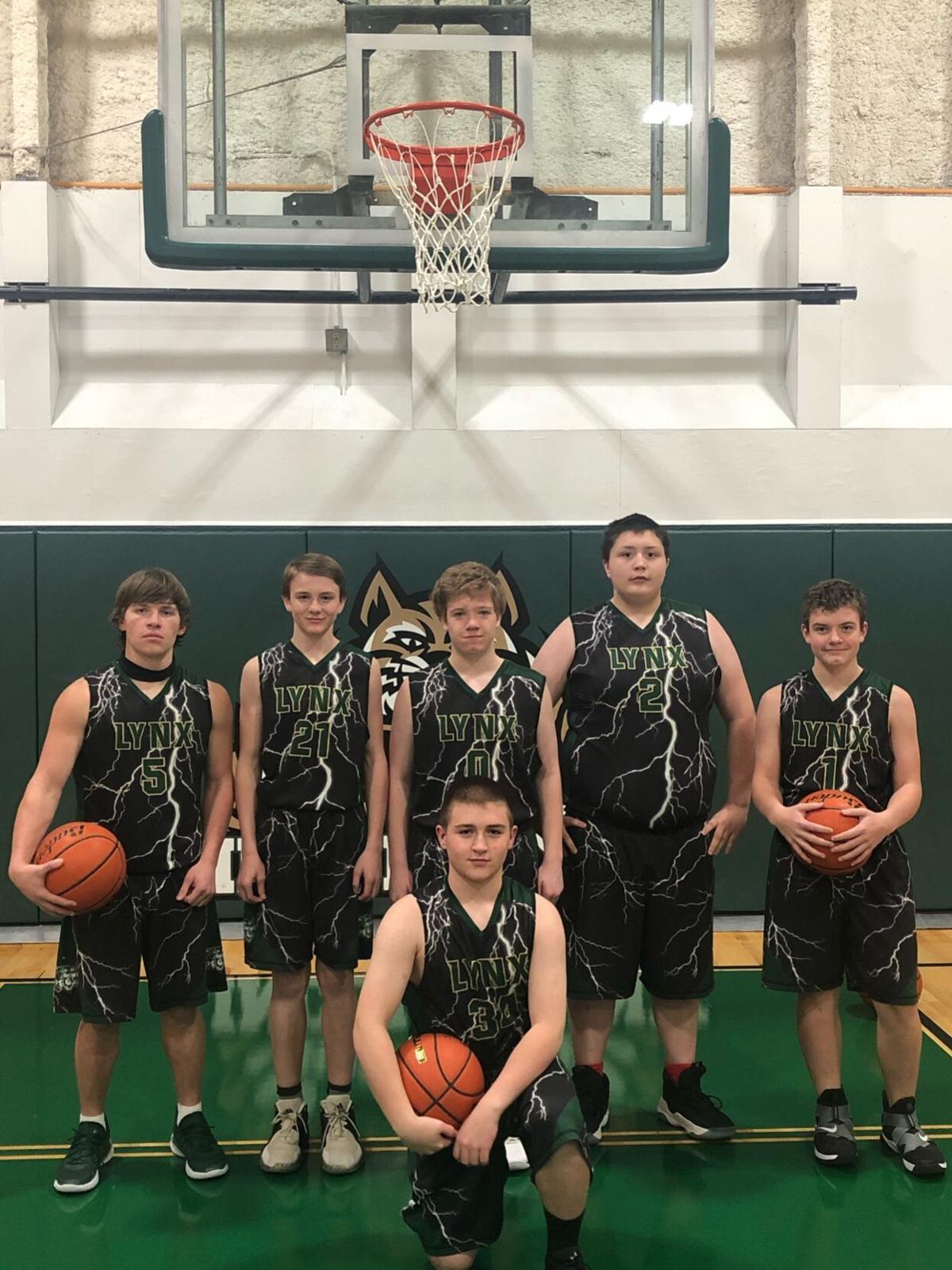 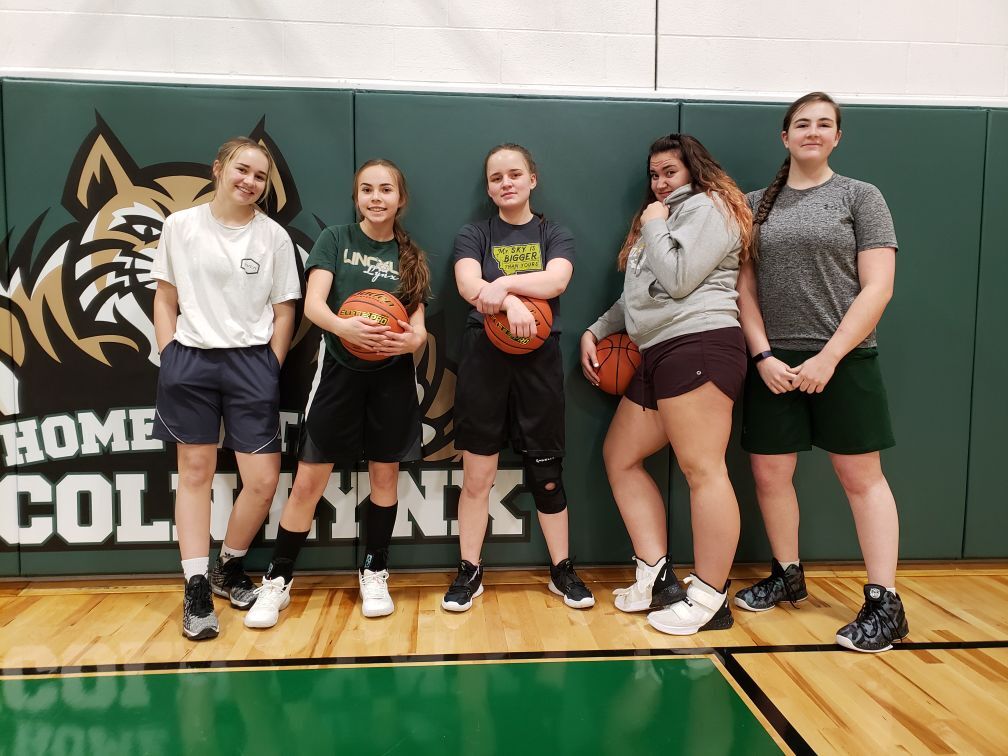 Lincoln's five girls basketball players pose for a photo at practice on Wednesday. 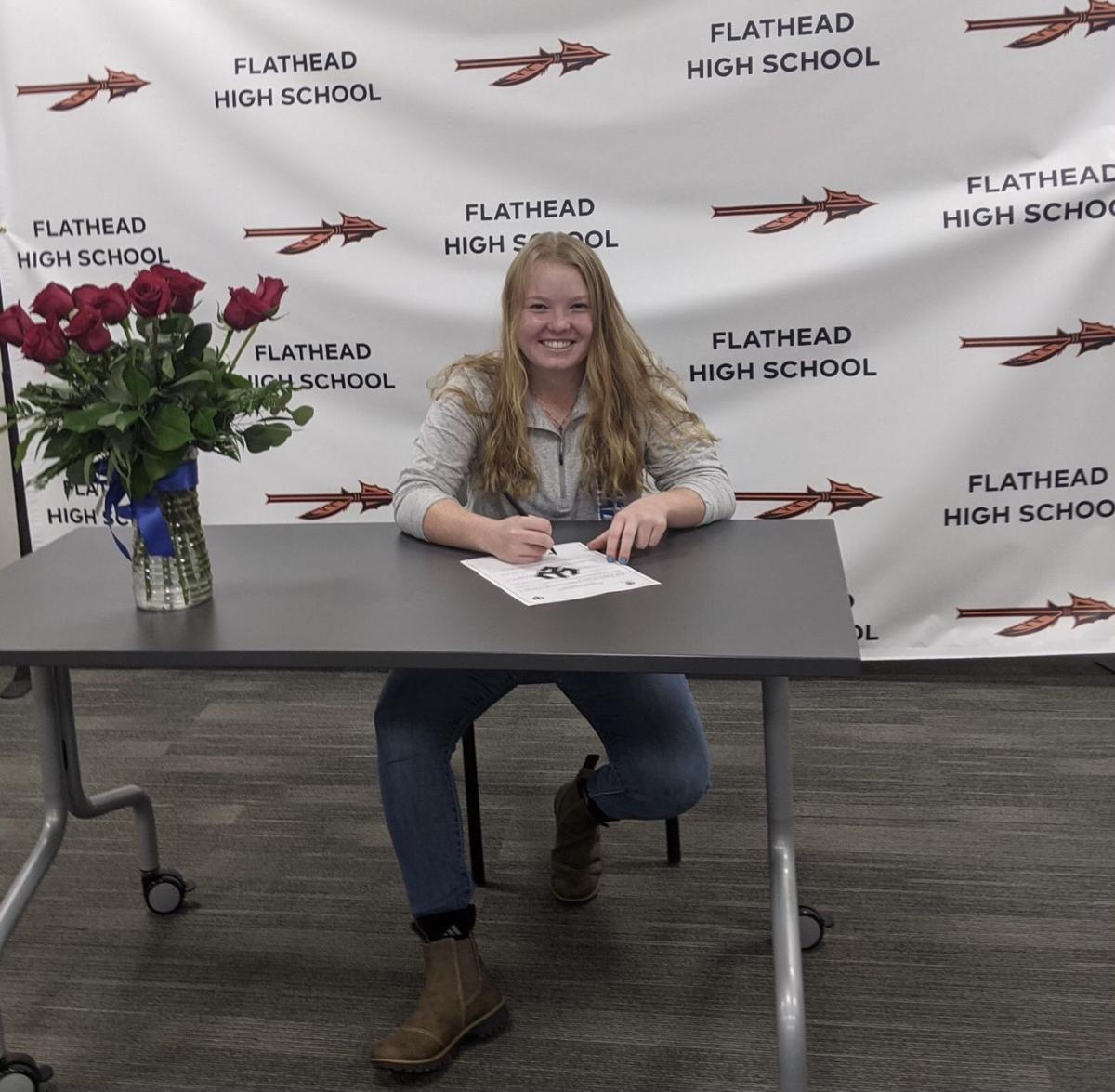 Lincoln's five girls basketball players pose for a photo at practice on Wednesday.

MISSOULA — Bradley Howard was saddened when Lincoln canceled its 6-Man football season in the fall because of low turnout, partly a result of the pandemic.

The senior wouldn’t be able to stomach it if his favorite sport of basketball was called off too. Fortunately, Lincoln got five players to come out to start its season last week, and Howard helped convince another player to join so the team wouldn’t have to forfeit its season this week.

“It really does mean a lot to me because I love the game,” Howard said ahead of Lincoln’s game at Victor on Thursday, which will be the first game with six players. “I only started playing my sophomore year, but I’ve learned a lot. It’s how I express myself. It’s like a therapy for me. With COVID happening, it’s hard to deal with those problems. So, this is like a stress relief.”

The six players make for the smallest team that Lincoln athletic director and boys basketball coach Shane Brown has had in his 24 years of coaching, including 20 years at Lincoln. He’s never been below nine players and always had at least three or four upperclassmen, he said.

Last year’s team had 11 players, including the schools’ No. 2 all-time scorer Nathan Brown. Howard, a 5-foot-7 guard, is the lone senior and returning starter, while the five other players are freshmen and eighth graders.

It’s the first time basketball has been affected after it being primarily football in previous years. The pandemic affected turnout, Brown noted, but so too has interests outside of sports, eligibility issues and a declining enrollment to just 34 students, including 18 boys.

“Talking to parents and general fans, they’re chomping at the bit, they miss watching high school sports and sports in general,” coach Brown said. “Without track last year and volleyball missing games and no football, it’s starting to wear on parents. It’s wearing on the kids. There’s some frustration that keeps building up.

“They need to be a kid. They should have an opportunity to play like any other kid. Other schools are able to co-op, but we don’t have that as an option. I think it’s pivotal for them to have sports. I’m putting a lot of weight into this. We need to have these seasons for the kids. It’ll help with morale and everyday life.”

The team initially played its first two games with one senior, one freshman and three eighth graders. The MHSA told Brown his team needed at least the same number of high school and junior high players to be considered a high school team, he said, so they had to add one player.

Howard convinced his friend Trever Tolan to join after the school went from remote learning to in-person classes in January. Tolan, who at 6-0 is their tallest player, and Logan Joyce, a 5-4 guard, both played varsity last year as eighth graders and were hoping to play football this fall.

The Lynx convinced three eighth graders to join to initially give them five players. Those players are 5-6 point guard Andrew Brown, the coach’s son, 5-8 forward Noah Barnett and 5-8 forward Teegan Tybo, a transfer from Helena this school year.

“Even if we don’t win any games this year, I’m happy I get to play and help the younger kids develop their skills,” Howard said. “That’s all I’m here for this year. I love the game, but with how little height we have, I don’t think we’re going to make it far. I want to set them up, maybe win a game. It’s just hard right now. That’s all I really want. That would be the definition of success.”

They’re trying to find success with a 2-3 zone defense to negate tall post players and a spread-out offense based on dribble penetration and kickouts. Practicing that is hard while doing 3-on-3 work, 5-on-0 practice and 1-on-1 drills.

Keeping players on the team will be key because if they forfeit more than 25% of their games, then they have to drop down to junior varsity next year. Brown is hoping to avoid that because the junior high has about 16 players who he hopes will soon be able to replenish the high school ranks.

“The biggest thing is the mental aspect because I got to keep them positive and keep them around,” Brown said. “It’s going to be a rough season and very difficult. Just trying to keep their spirits up to keep them going. I got to avoid injuries and eligibility issues, keep them healthy.”

The Lincoln girls are in a similar boat with five players. All of them are high schoolers, but none of them are returning starters from last year’s 12-player team.

“The hardest part for me is when I see my girls struggling,” said second-year coach Kurtis Janzen, who noted his team needs at least five players to start a game but can play with as few as two after that. “When they’re tired, I look down my bench and all I see is my assistant. I’m hoping by the end of the year that we’ll be better with our stamina and surprise someone.”

Janzen could’ve brought up eighth graders to provide depth but didn’t want to potentially discourage them with lopsided losses. The Lynx have scored 11 and 21 points in two games.

Practice-wise, the team does a lot of talking about how to incorporate their drills into 5-on-5 action. For Janzen, every game is a chance to practice to get ready for the playoffs.

“This year with all the COVID stuff, I’m glad we got something. It’s a little piece or normalcy,” said Janzen, who noted some players from last year were hesitant to return because of COVID. “The first practice, those girls were so talkative, giggly, being social, normal. I haven’t seen spirits raised like that for so long. We know it’s going to be a hard year. Seeing kids talk and be happy and laugh, this is why I do this.”

Swimming to the Bay

Missoula Sentinel senior Delaney Carlson is heading home in a sense, having signed to swim at Cal State East Bay. The California native is the first swimmer from the Missoula YMCA Swim Team to sign with a college team this year and the seventh since 2016.

“I’m originally from California, so that was one appeal,” Carlson said of choosing a partial scholarship from East Bay over Northern Michigan and Grand Valley State. “The coach has always been super nice, stayed in contact, was easy to approach. I also had a Zoom call with my teammates there and they liked the school and said how it was such a good environment.”

Carlson is in her 13th year competing for the YMCA team, coached by Kirby Beierle. She began there when her family moved to Missoula when she was about 4 or 5 years old. She swims about 10 months out of the year between the short- and long-course seasons.

“I’m looking forward to pushing myself and seeing how much faster I can get and how much I can grow in the sport,” Carlson said. “I have been doing it for so long, but I think college will be a totally different thing. I think it will be cool to meet new people and see what they do and push myself with them.”

Kalispell Flathead senior Marcella Mercer is going long, just like her drives, signing on Monday to golf at Washington & Lee University in Lexington, Virginia. Washington and Lee took 11th place at the most recent NCAA Division III Championships and is ranked No. 9 in U.S. News and World Report’s ranking for National Liberal Arts Colleges.

“I love academics and never want to have to sacrifice academic for athletics. That’s why I went D-III is there’s a balance between the two,” Mercer said. “Considering no one is on athletic scholarship, they’re there for a reason, they’ve chosen the school, they love the school, the environment. I talked to a couple D-I, D-II schools, but it ended up not fitting what I wanted.”

Mercer was a four-time all-state golfer for Flathead after not picking up the sport until she was 11 years old living in Billings, where she got to train with former Rocky Mountain College coach Aaron Pohle. She placed ninth at state as a freshman, fifth as a sophomore, second as a junior and third as a senior. She also competes in tennis and equestrian.

Mercer plans to study chemistry and pre-med in college. She currently holds a 4.0 grade-point average while taking International Baccalaureate classes. As a D-III school, Washington and Lee doesn’t offer athletic scholarships, but there are numerous academic scholarships for which she’s applied.

“They have really great academics,” Mercer said. “All their professors do research with undergraduate students and they also have other academic opportunities, which is something I’m looking forward to.

The Lincoln Lynx were supposed to open their 6-Man football season tomorrow but have canceled all their games this season. They're holding out hope they may be able to play later this fall.