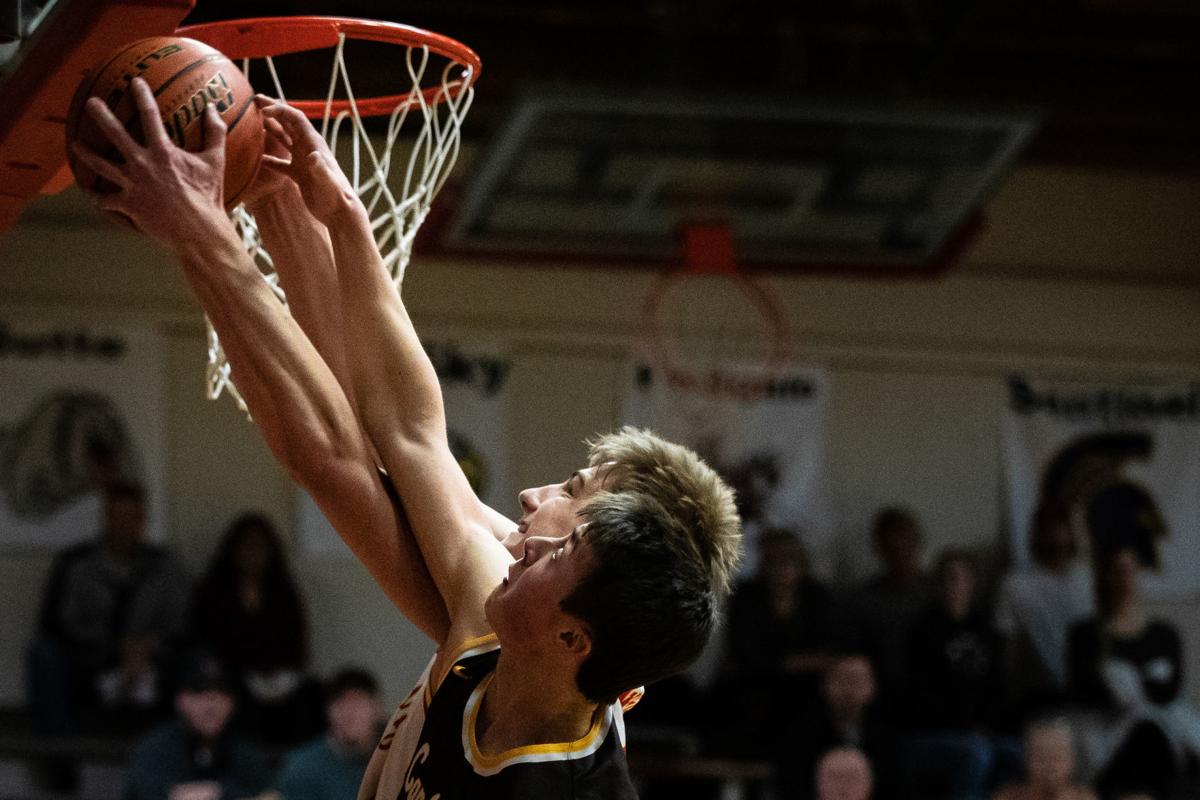 Hellgate senior center Abe Johnson tries to put the ball up for a layup while Helena Capital senior guard Trevor Swanson defends during the first quarter of the Knights' 77-52 victory over the Bruins on Saturday in Missoula. 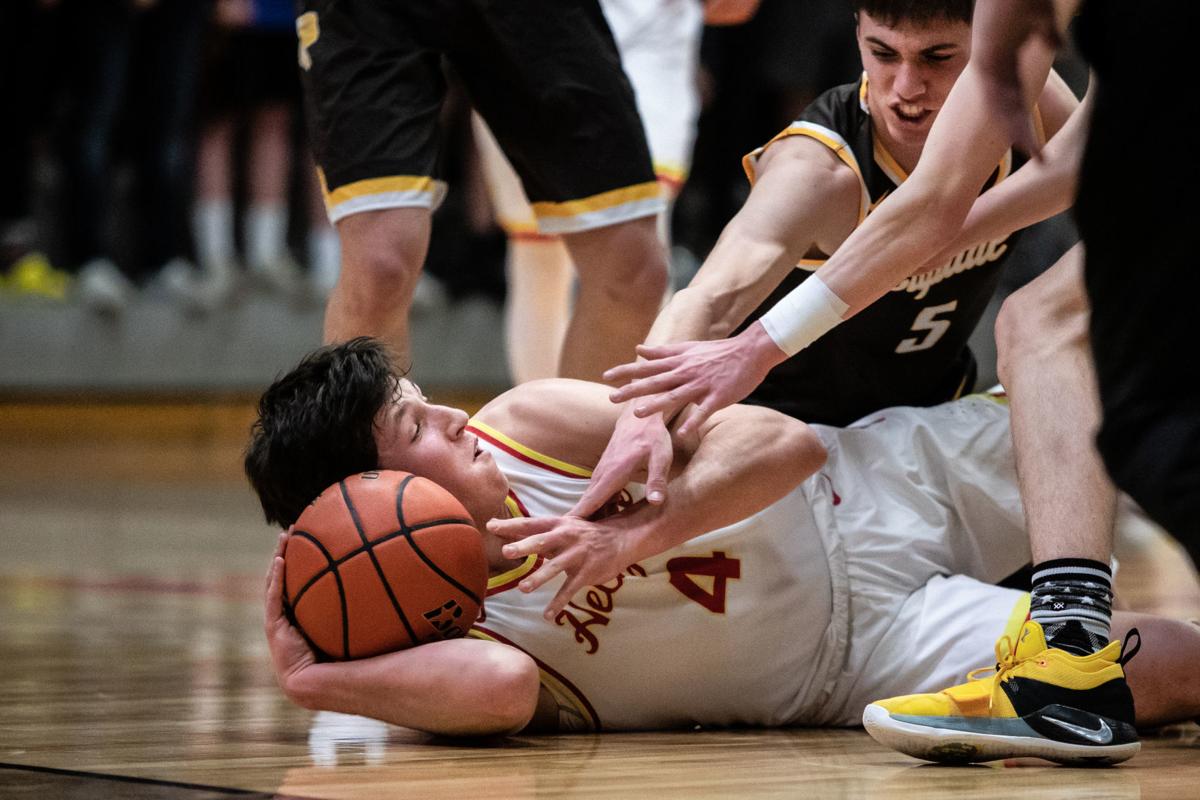 Hellgate senior center Abe Johnson tries to put the ball up for a layup while Helena Capital senior guard Trevor Swanson defends during the first quarter of the Knights' 77-52 victory over the Bruins on Saturday in Missoula.

The basket gave No. 1 Hellgate its first 10-point lead over No. 3 Helena Capital in a 77-52 blowout win as the already defensively scary Knights finally showed the offensive patience and flare that coach Jeff Hays thought they were capable of coming into the season.

“We played with the poise and purpose I had hoped for,” Hays said after the Knights scored a season-high 77 points, the second most by a Western AA team this year, to improve to 6-0, their best start since opening 8-0 in the 2014-15 season.

“We were a lot more patient moving the basketball,” Hays continued. “We were just calm. It’s the flow that we’ve been looking for.”

Johnson finished with a game-high 21 points on 9-of-13 shooting and cleaned up on the boards. He posted 14 of his points in the first half as the Knights built a 44-25 halftime lead by outscoring the Bruins 24-8 in the second quarter and shooting 17 of 26 (65.4%) in the opening half.

No matter who Capital threw at Johnson, he dominated the interior with his 6-foot-8 frame. He took advantage of Hellgate’s improved passing to show off his increased strength and confidence.

“We were more patient today, and our shots fell, which is going to happen when we play like that,” Johnson said. “We’ve worked on it and were just waiting for it to happen. I think patience is a big part of that.”

Fellow senior Rollie Worster, a 6-foot-3 Utah State signee, directed the offensive onslaught, breaking pressures and traps thrown by the Bruins. He poured in 20 points on 8-of-13 shooting to go with three assists as nine Knights scored.

“He played with poise and confidence,” Hays said, “and that filtered to everybody else.”

The Knights’ defense has been their strong point this season. They have yet to allow more than 53 points and are giving up just 41.7 per game despite graduating three starters from last year’s state runner-up team.

The missing piece has been the offense, and one game after being held to 44 points, they found it against a senior-heavy Capital team that had been building toward this year and came into the game at 4-1. The key for the Knights, who got 12 points from transfer Cam LaRance, will be to execute on that level consistently as they chase an elusive state championship.

“I think the sky’s the limit for us,” Johnson said. “We’re hoping to be back at state and finish it this year. We’ve got a lot more to prove. I thought we played well in Billings, but today, our offense, it’s the most fun we’ve had this year.”

Capital hung with Hellgate early, trailing 20-17 after one quarter, but the Bruins succumbed in part to the Knights’ side-to-side passing to get the ball into the paint.

The Knights didn’t do anything on offense that Capital coach Guy Almquist wasn’t expecting. They just executed well, and the interior dominance led to better opportunities on the perimeter, where the Knights had four players combine to make seven 3-pointers.

“If they can do that, there’s a reason they’re picked to win state,” Almquist said. “They played unbelievable, and that’s why they’re the favorite. They showed it today.”

Capital senior Bridger Grovom made five 3-pointers to finish with a team-high 19 points, but he didn’t get much help. The Bruins solved the 2-3 man defense at times, but Hellgate found success with its 1-3-1 zone, using its length to close down passing lanes.

“For some reason, we lost our confidence quick, which I was surprised by,” Almquist said. “It’s a painful lesson right now, but we’ll learn from this. I guarantee we’re going to get better.”