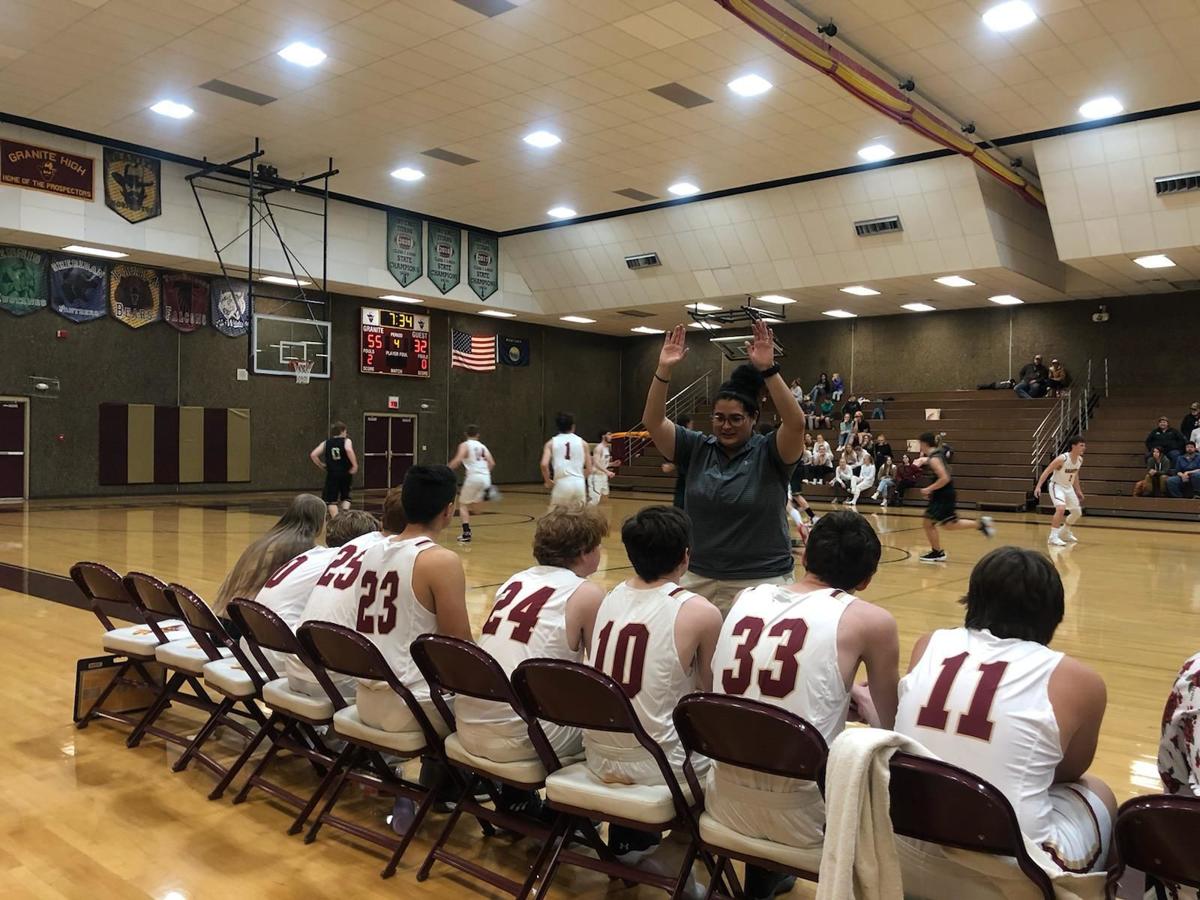 Mindy Avila gives instructions to her team during a game against Anaconda in Philipsburg earlier this season. 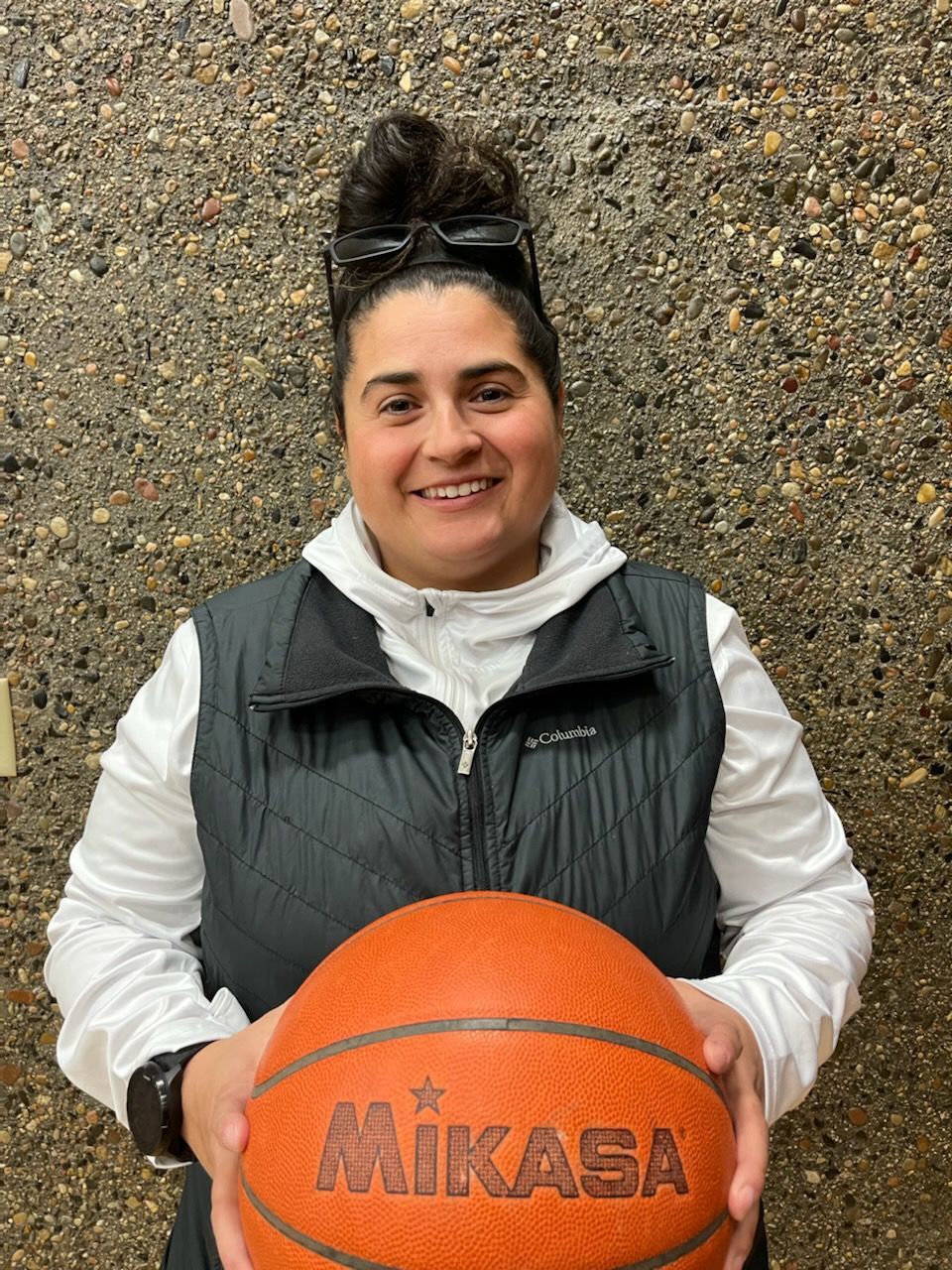 Mindy Avila gives instructions to her team during a game against Anaconda in Philipsburg earlier this season.

After 27 years of coaching, Dustin Keltner retired after the 2020-21 basketball season. Taking his spot at the head of the bench is Mindy Avila.

Avila, 33, was born and raised in Roosevelt, Utah, and played for the University of Wyoming women’s basketball team until a knee injury ended her career.

She's taken lessons learned from her own career and alongside assistant Courtney Jennings, 28, a former collegiate player at Olympia College in Washington and Avila's fiance. The two have focused on instilling an environment of trust, respect and honesty with their new team.

The Philipsburg community has welcomed and supported its new boys basketball coaches, according to Avila.

“This town has embraced us being coaches like 100%,” Avila said. “It's been awesome being able to coach this program and be a part of this school, and not being judged because of who we are.”

On the court Avila has implemented a system that gives her players freedom along with multiple choices or reads during a given play, depending on how the defense reacts.

“Basketball is a game of passing, cutting, angles, creating opportunities for teammates,” Avila said. “You don't necessarily have to have a set offense. A play is more of an outline.”

In order for this philosophy to be effective everyone on the court must be on the same page, which is where trust and communication come into play. In order to build that trust, the Prospectors have worked to construct a foundation of honesty and respect during practices.

Avila said she researched team-building exercises used by well-known NCAA programs before implementing what she thought would work best with her group.

One example is Open Mic Fridays. Avila originally got the idea from her time playing at Wyoming, and later found out that men’s programs like Duke and Kentucky also do something in the same vein. During an Open Mic Friday, players will come forward and first talk about something positive that they’re contributing to the team. They’ll follow that by opening up about something they’re struggling with, either on or off the court.

Whether it’s trusting your teammate will be there to box out for a rebound or maybe that another teammate will lend you an ear when you have something personal to get off your chest, Avila believes that a successful team needs to possess a bond that is built on trust. And that is gained through respect and honesty.

“I think it's helped,” Avila said. “It's definitely showed more in these last two weeks of practice as well. You’re just seeing more bonding and stuff like that.”

From playing to coaching

Avila’s basketball career began when she was 6 years old. She played AAU, club basketball and competed at a high level throughout high school.

“I had a cousin that played pro soccer in Mexico so soccer was big in my family since both of my parents were born and raised in Mexico,” Avila said. “When I took up basketball at a young age it was kind of a curveball. It’s the same sport just a smaller field or court.”

She also competed in rodeo growing up, specializing in team and breakaway roping. Avila had college scholarship offers both for rodeo and basketball and chose to play basketball at the University of Wyoming because at the time she was “sick of rodeo-ing.”

Throughout her playing career, Avila’s Achilles Heel, if you will, was her knees. She endured three knee surgeries before arriving at Wyoming. While at Wyoming, she suffered a right ACL and MCL tear that ended her playing days.

“Them telling me that I’m not going to be able to play anymore, it was kind of like an F-you,” Avila said. “I hated basketball, didn't want anything to do with it.”

So she transferred to the University of Utah where she graduated in 2013 with a degree in sports medicine and athletic training. She eventually opened up her own practice in Salt Lake City, where she worked with universities, orthopedic surgeons and physical therapists.

While there, Stacee Uresk, a friend of Avila's, nudged her back onto the court in 2012. Uresk was coaching the junior high program at Union High School in Avila’s hometown of Roosevelt, Utah, and wanted to see if Avila had any interest in becoming a coach at her alma mater.

“Mindy knows the game,” said Uresk via Facebook Messenger. “She could watch other teams and figure out what plays they were running, and adjust our team accordingly. She is also a very likable person; she is just easy to get along with and a lot of fun. For me, having a trusting relationship and being able to get along with your athletes is a must.”

“I definitely give all the credit to that friend of mine that kind of pushed me in that direction,” Avila said. “I guess you could say, I don't think I would have pursued (coaching) if it wasn’t for that.

“I had just a sour taste in my mouth for the whole sport just because I felt like I gave so much to it, and for it to just be ripped away from me kind of hurt a little bit,” Avila said. “And I was a little grumpy towards the whole game."

But during that time, Avila also found herself coaching soccer and softball, at both the high school and club levels.

"Mindy would always go out of her way to say ‘hi’ to someone. It always seemed to me she could sense when someone needed a little pick-me-up and she would help them in any way she could.,” Uresk said.

While coaching was going well for Avila, the overwhelming problem with her job was that she didn’t like it. So in 2014 Avila did what any logical person would do when they find themselves in a rut. She spent three days in Southwest Montana to clear her mind.

“I had a friend who actually worked at the Ranch at Rock Creek here in Phillipsburg,” Avila said. “I came out one weekend and actually fell in love with the area. I stayed here for three days, went home, sold my practice that I had and moved up here all within like a three-day period, and started ranching. I grew up on a ranch and rodeo-ing. So it all kind of fell into place like it was meant to be. I came out here and just started working and haven't moved.”

After tending to the Ranch at Rock Creek’s cattle operation Avila landed a job at Vintage Valley Ranch, where she is currently employed.

When Avila closed up shop and moved to Philipsburg in 2014, coaching was put on hold as she settled into her new life. At first she was mainly focused on working cattle with a few rodeos mixed in. But it was only a matter of time until Avila returned to coaching as more people throughout the Philipsburg community became familiar with who she was.

Eventually she was contacted with an offer to coach the Philipsburg eighth grade girls basketball team, which she did from 2019-21.

And in 2021, the boys basketball job opened up after Keltner retired.

“I was pretty good friends with one of the boys – who plays on the team – with his parents,” Avila said. “And she was like ‘Mindy, you know, they're looking for a boys coach.’”

To which Avila replied, “Oh, if they can’t find anyone, maybe I'll do it.”

Clearly there were others who thought Avila was the right fit. Philipsburg girls basketball coach Brandon Piazzola was happy for his friend who had prepared so many of his current players to be ready to compete on the Prospectors’ high school varsity team, but also realized her departure would leave at least a temporary void.

“I was bummed,” Piazzola said. “She did such a good job with the junior high girls. They were coming into high school prepared. So she did a great job helping our program out. But I was excited for her because I know she had wanted to get back into coaching high school.”

When the Prospectors get underway following their winter break, they’ll be looking to improve upon a 3-3 record. It’s Avila’s first time coaching boys, but as she will tell you once the ball is in play there’s not much of a difference.

“I think it's been a pretty good transition for the boys,” Piazzola said. “They are all excited to play for her and they've been playing hard.”

Philipsburg travels to Darby for a 7 p.m. tip Friday. The Prospectors’ next home game is Saturday against Victor at 6 p.m. The girls play before the boys on both days at 5:30 p.m. and 4:30 p.m. respectively.