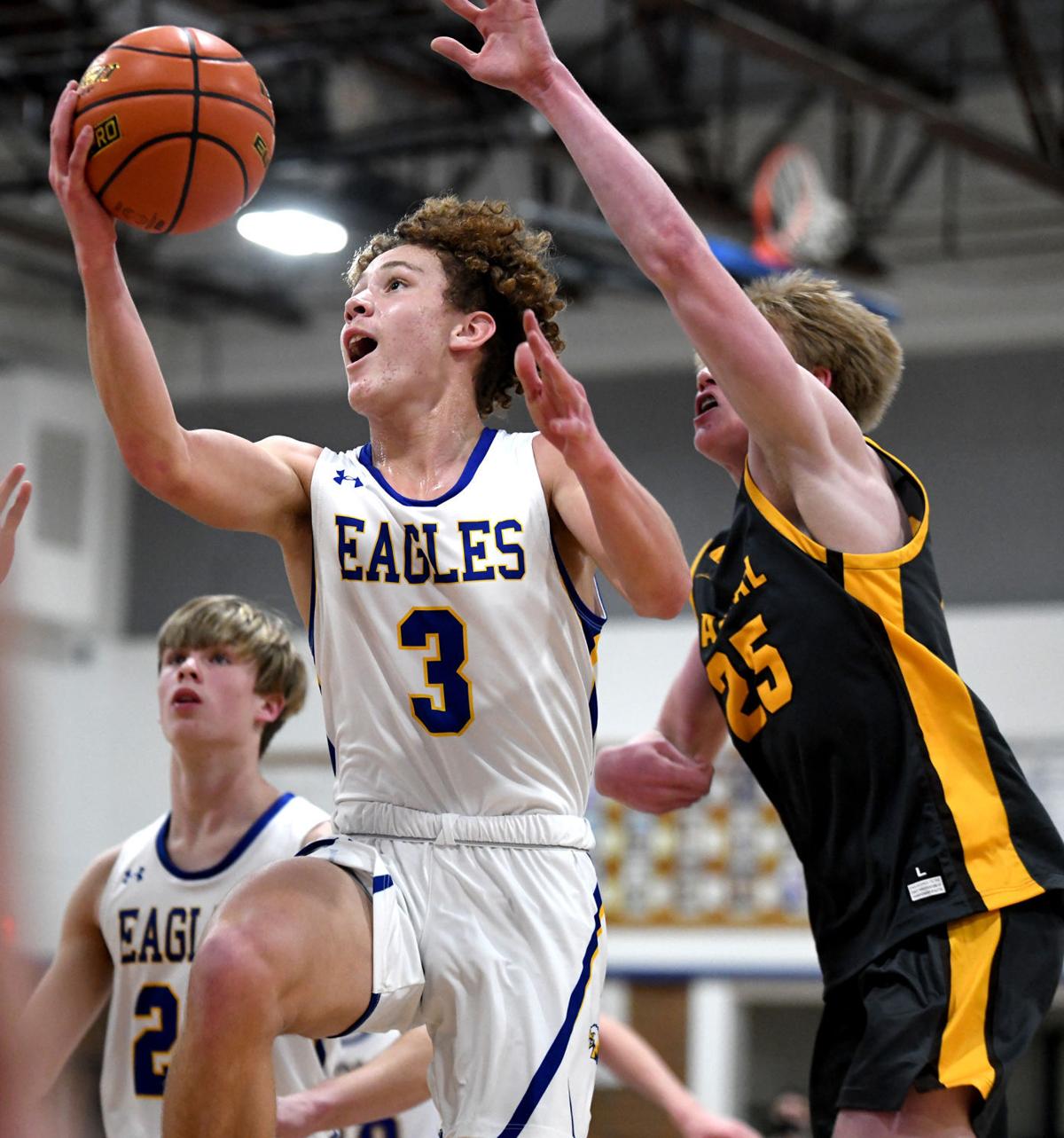 Big Sky’s Tre Reed (3) drives to the basket past Capital’s Nick Michelotti (25) during Tuesday's game in Missoula. The Bruins defeated the Eagles, 55-47. 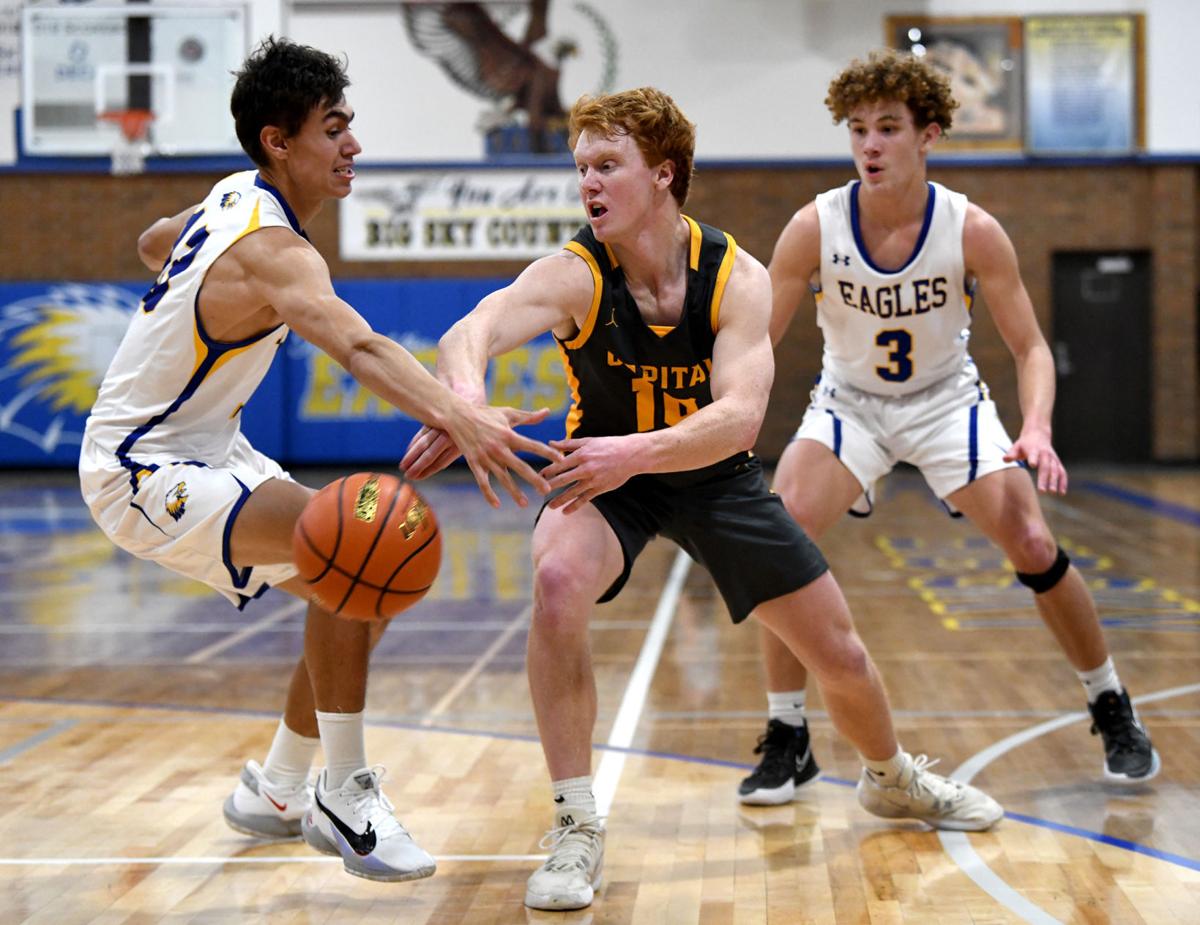 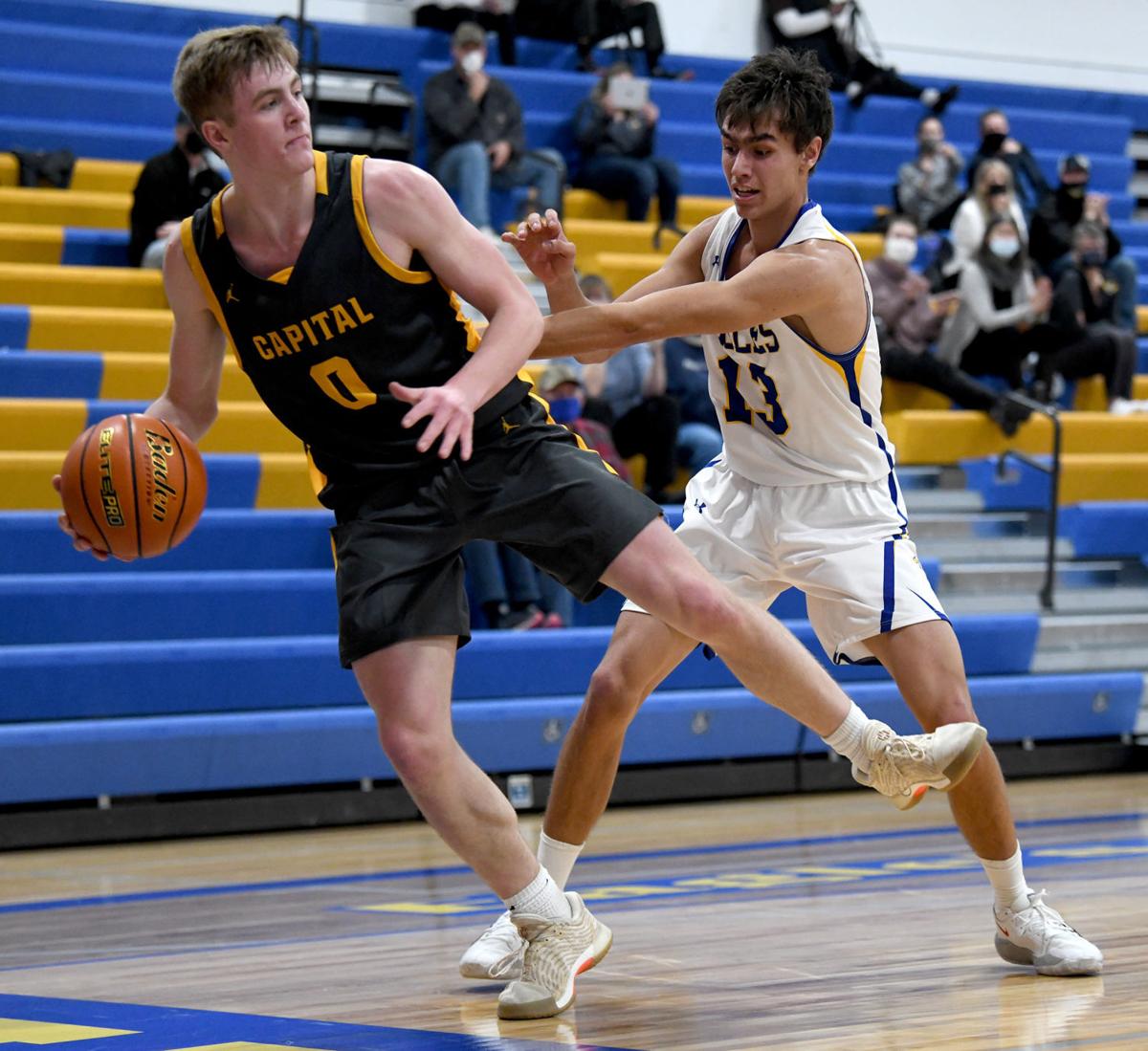 Big Sky’s Tre Reed (3) drives to the basket past Capital’s Nick Michelotti (25) during Tuesday's game in Missoula. The Bruins defeated the Eagles, 55-47.

MISSOULA — By using a stifling press to set a frenetic pace, Helena Capital was able to get the Missoula Big Sky boys basketball team out of its comfort zone Tuesday.

That and a 22-point performance by junior Brayden Koch was just what the Bruins needed to earn a big road win, 55-47.

"We should be getting used to it — it's been two years where pretty much everybody is pressing us every game," said Eagles coach Ryan Hansen, whose team has made nice strides but still has work to do. "Last year I told the kids it would pay off by the end of the season and it did. We started beating the press and making games closer and winning some games.

"This year, we're going through a stretch where it's four games and three practices in between and it's thrown us out of rhythm. But they were dictating the pace and the shots we were taking tonight and they kind of controlled the game defensively."

Capital (2-1) lost a lot of talented players to graduation, but veteran coach Guy Almquist has sold his improving team on hustling defense. It wasn't so much the 13 turnovers that hurt Big Sky as it was the Eagles' inability to push the ball inside for high percentage looks after working so hard to set up the offense.

"The press is important because it establishes tempo for us," Almquist said. "We're more comfortable getting up and down the floor. I don't think we're a team that's built to slug it out in the half court.

"It worked for us tonight. We made a few silly errors on offense. We didn't show the patience I'd like to have in terms of ball reversals and sharing the ball. But you get 8-10 giveaways there and it makes a difference in a 32-minute basketball game."

Big Sky (1-2) stayed right with the Bruins for most of the first half. But Capital closed out the second quarter on a 9-0 run, sparked by reserve Nick Michelotti and his two 3-point shots.

Koch came alive in the third quarter, scoring nine of Capital's 11 points as the visitors took a 40-31 lead into the final frame. Big Sky refused to go away and trailed by just seven, 52-45, with possession of the ball and 2:20 remaining. But the Eagles went cold and were never able to pull any closer.

"They've been playing some good basketball," Almquist said of Big Sky. "They're a very athletic team. For us to get a win on the road like this will pay dividends."

Hansen sees some positives in his team that could pay off handsomely as the season progresses.

"I do think the difference between this team and some teams here in the past is we don't roll over and die," he said.