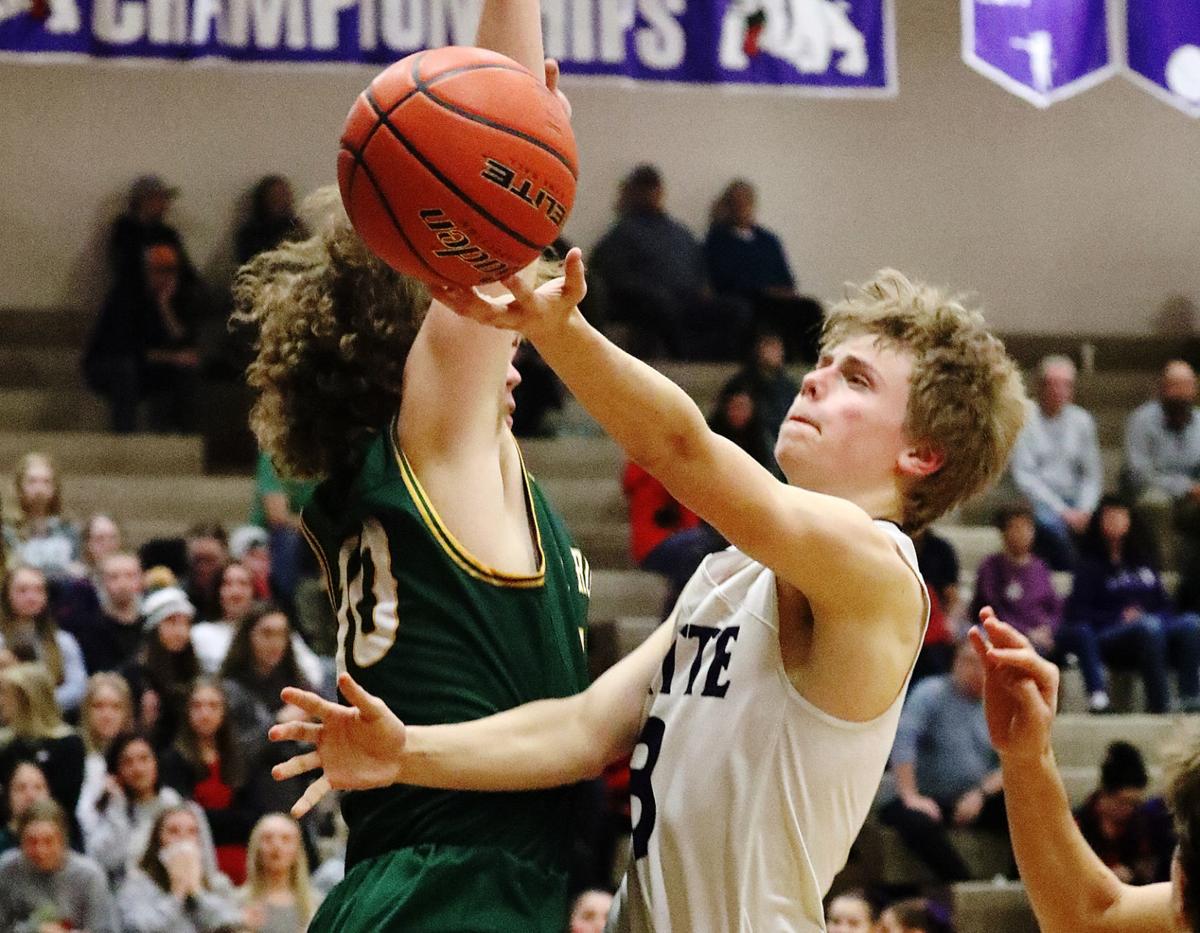 Butte's Clay Ferguson tries to get around Great Falls CMR's Tucker Greenwell on Friday in Butte. 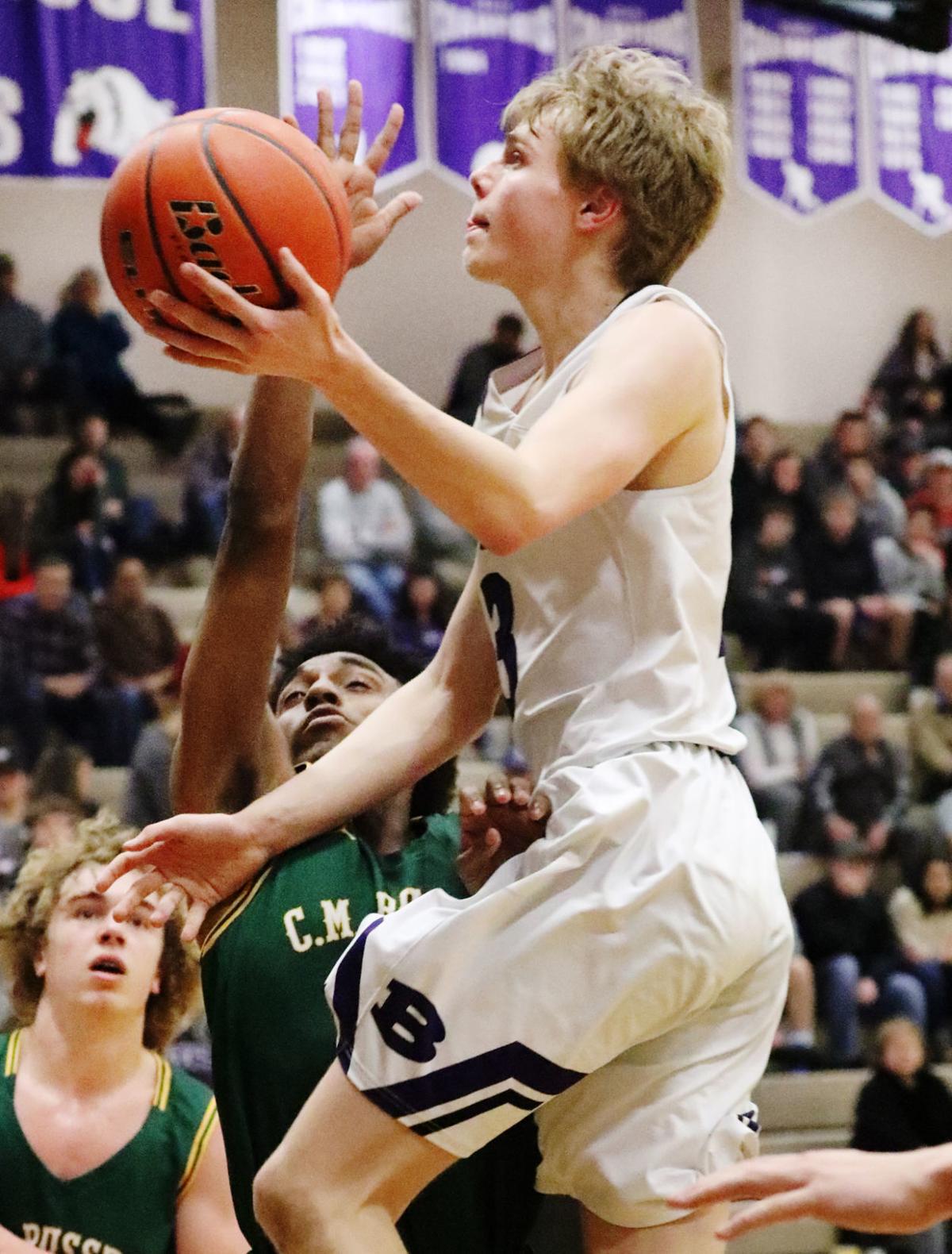 Butte's Clay Ferguson takes the ball to the hoop against C.M. Russell on Friday evening in Butte. 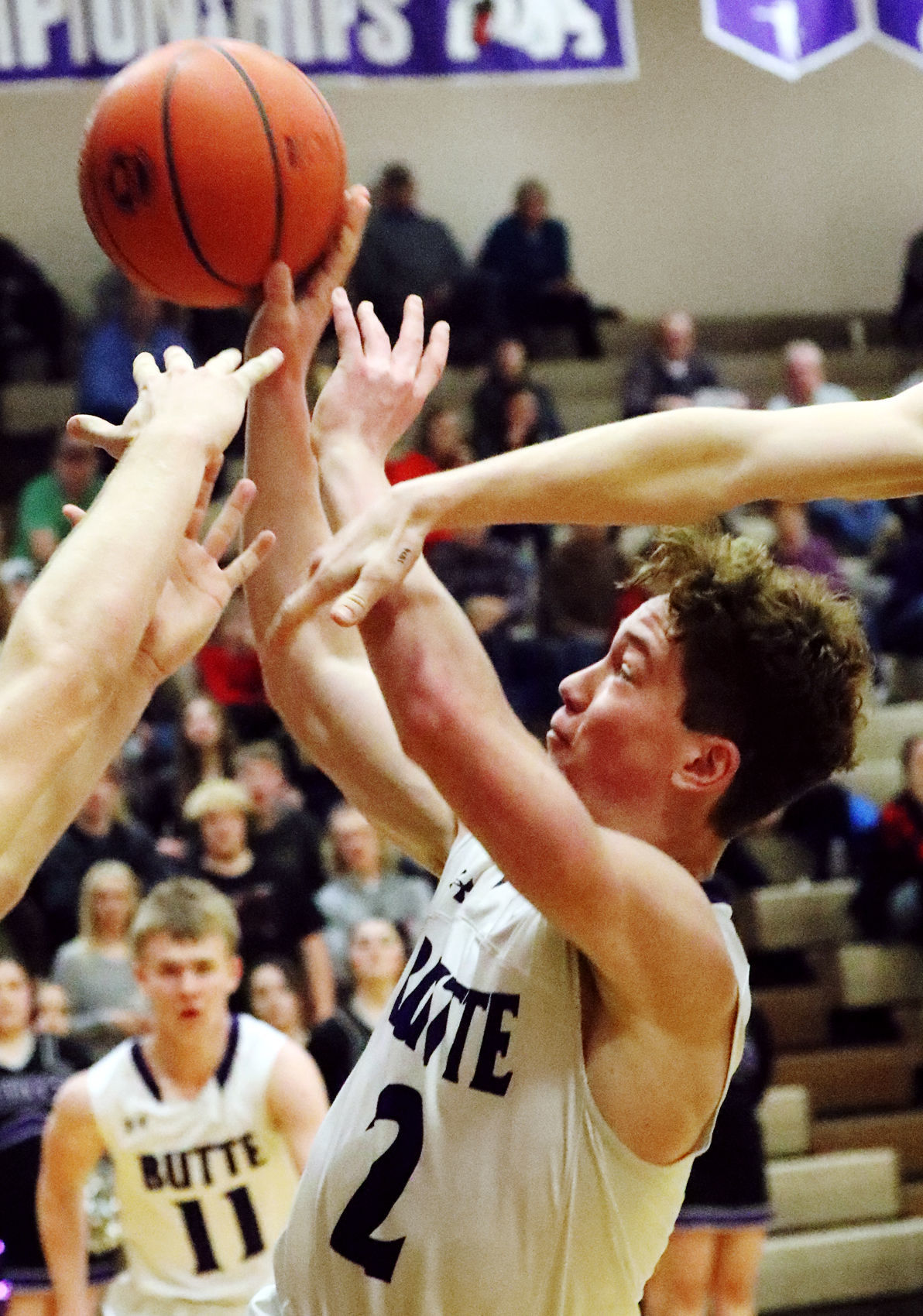 Butte's Tommy Mellott puts up a shot Friday in Butte. 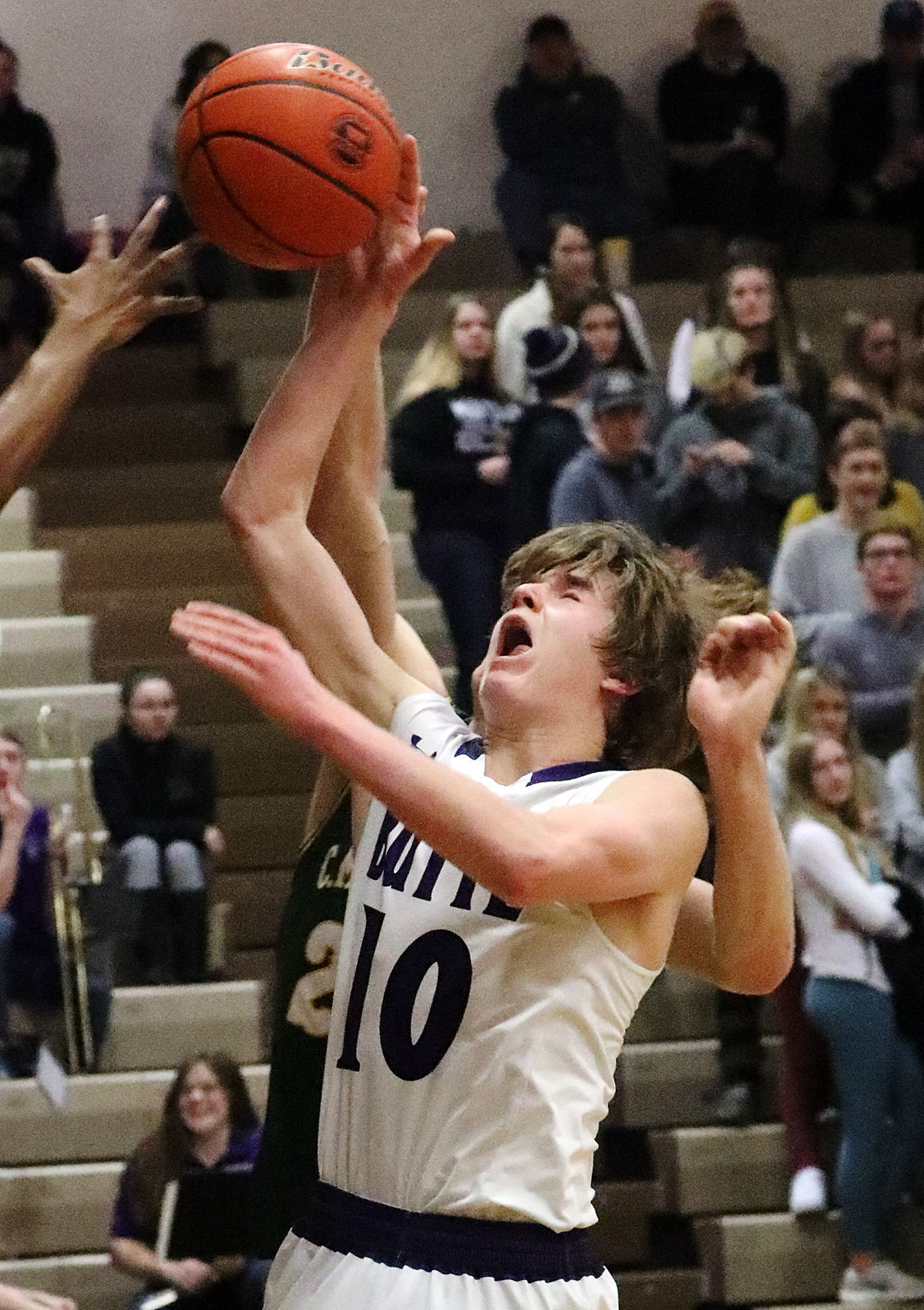 Butte's Kale McCarthy is fouled as he takes the ball to the hoop. 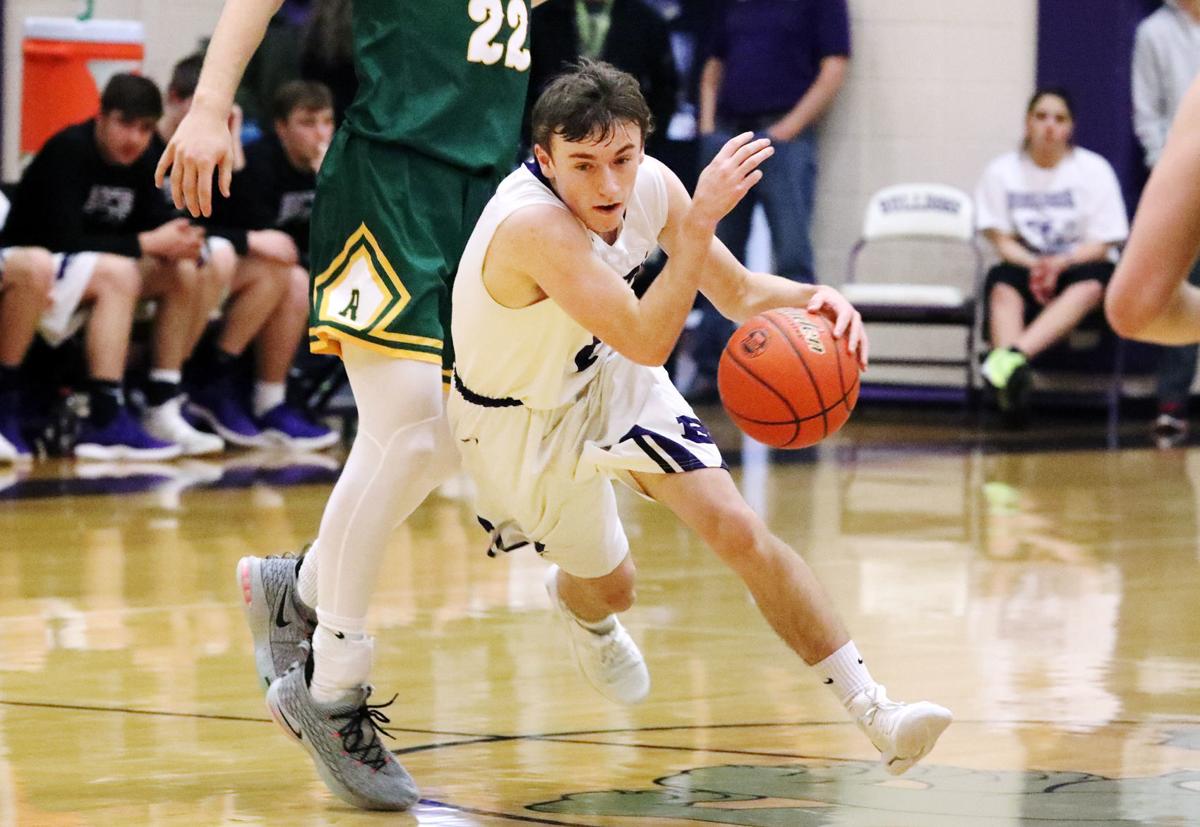 Butte's Kash Kelly dribbles the ball down the court on Friday night during the Bulldogs' home game against C.M. Russell.

Butte's Clay Ferguson tries to get around Great Falls CMR's Tucker Greenwell on Friday in Butte.

Butte's Clay Ferguson takes the ball to the hoop against C.M. Russell on Friday evening in Butte.

Butte's Tommy Mellott puts up a shot Friday in Butte.

Butte's Kale McCarthy is fouled as he takes the ball to the hoop.

Butte's Kash Kelly dribbles the ball down the court on Friday night during the Bulldogs' home game against C.M. Russell.

BUTTE – Great Falls CMR bridged a 16-4 run between the third and fourth quarter, but with time dwindling, Butte High made a run of its own.

Still down a couple possessions, the Bulldogs turned to the trap and foul game, and more times than not the Rustlers responded. Butte’s last attempt at a steal gave CMR senior Russell Gagne a clear path to the hoop, and the lengthy stretch-forward slammed an emphatic dunk to cap a 55-47 Eastern AA win Friday night in Butte.

“I thought our kids just kind of grinded it out,” CMR coach John Cislo said. “We were able to win the rebounding battle which we know we have to, we’re not the best shooting team in the world, but what we do well is hustle and work hard.”

Neither side boasts an exceedingly long frontcourt, but time and time again green jerseys pulled down their own misses.

That added up in a bad way for a Butte side trying to string together wins.

“The third quarter it turned into kind of a football game under the basket, and they played football and we didn’t,” Butte coach Luke Powers said. “If the game is going to be physical like that you’ve got to match it, and we didn’t match it.

“The difference in the game was offensive rebounds. That’s just all there was to it.”

Also a difference was Gagne, who is as willing to step into a 3-pointer as he is to flush a dunk. The 6-foot-5 forward finished with a game-high 19 points, nine of those points coming on 3s.

“He’s been in a lot of battles for us,” Cislo said. “He’s been a big part of our program these last four years and this is his senior year, he has a chance to start and that’s good.”

Despite the sides entering Friday trending in opposite directions, the first three quarters were something of a slugfest, each side matching run for run and shot for shot.

But the end of the third quarter gave way to a final frame where the flood gates opened.

Point Guard Caleb Currington buried a 3-pointed to give CMR its first double-digit lead at 47-37. Three free throws from Cason Taylor (6-of-9 free throws, 10 points) extended that lead to 13.

With roughly two minutes left, Butte put together a final hoorah. Trevyn Roth hit a 3. Two possessions later Danny McCloskey sunk a 3 and the lead slashed to 50-44 with 1:02 to play.

But CMR showed poise, finding holes in the Butte defense to inevitably run out the clock still a few possessions ahead.

For Cislo, who said his team has only had two road games the past month, Friday’s grind-it-out win is a monument to the parity in Class AA basketball this year, especially in the east.

“In the eastern conference every game is going to be competitive, everything is going to be a dogfight,” he said. “Especially going into another opponent’s gym and trying to get a win is always going to be difficult.”

BUTTE — Keagan Gransbery still has a vivid picture of the day his dad, Corey, asked him if he wanted to wrestle.