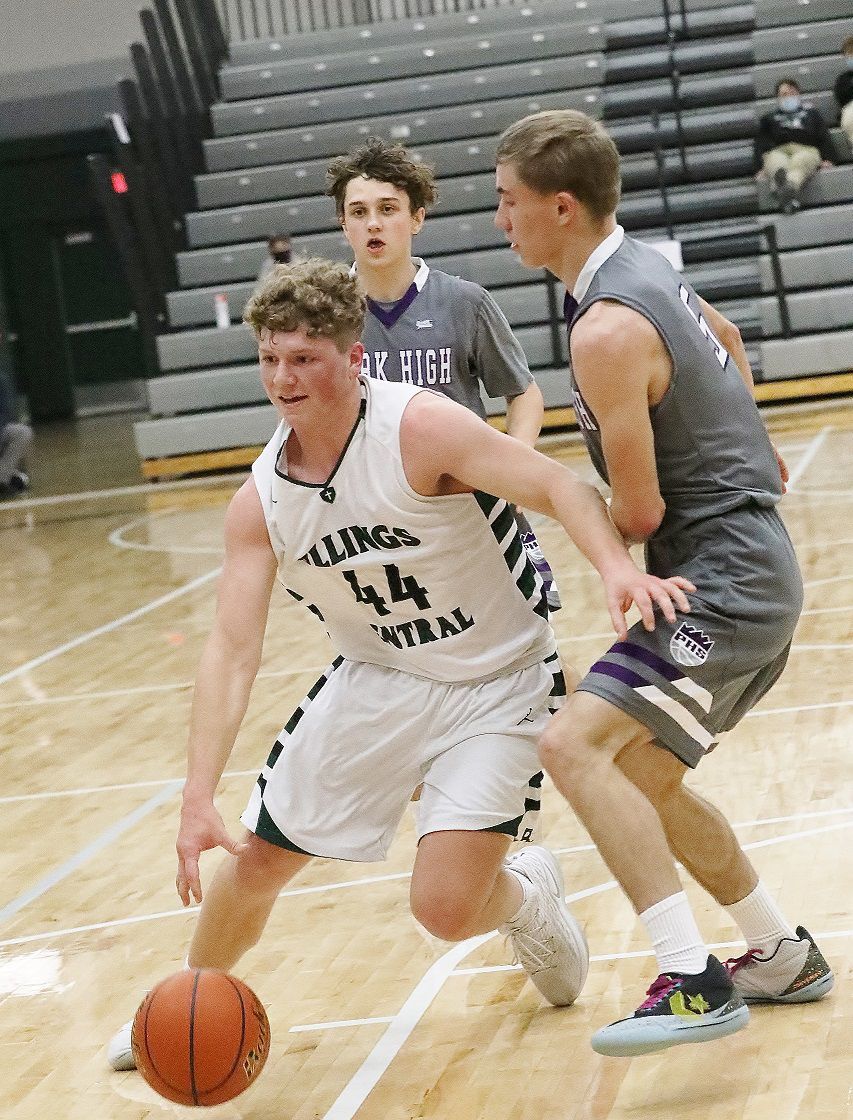 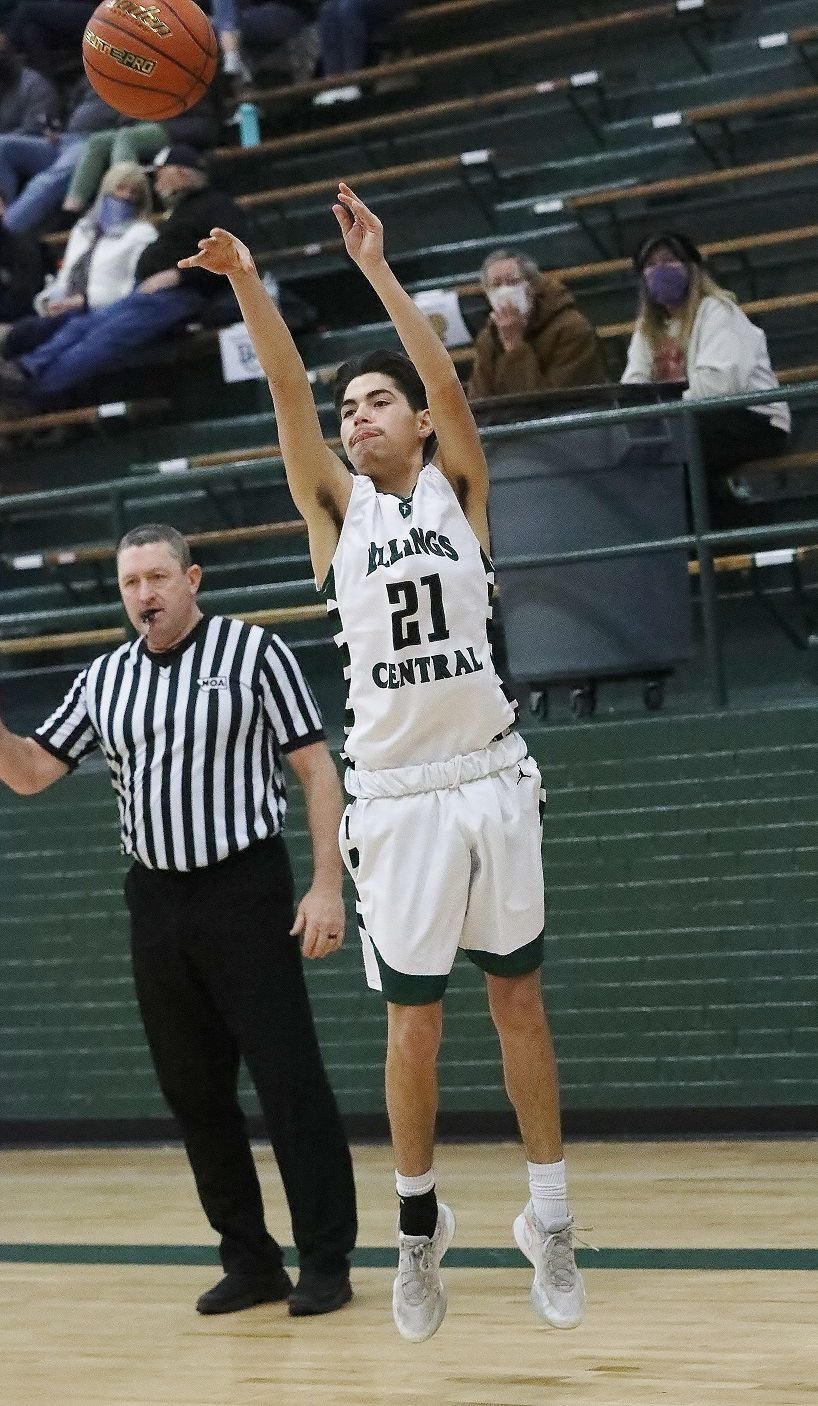 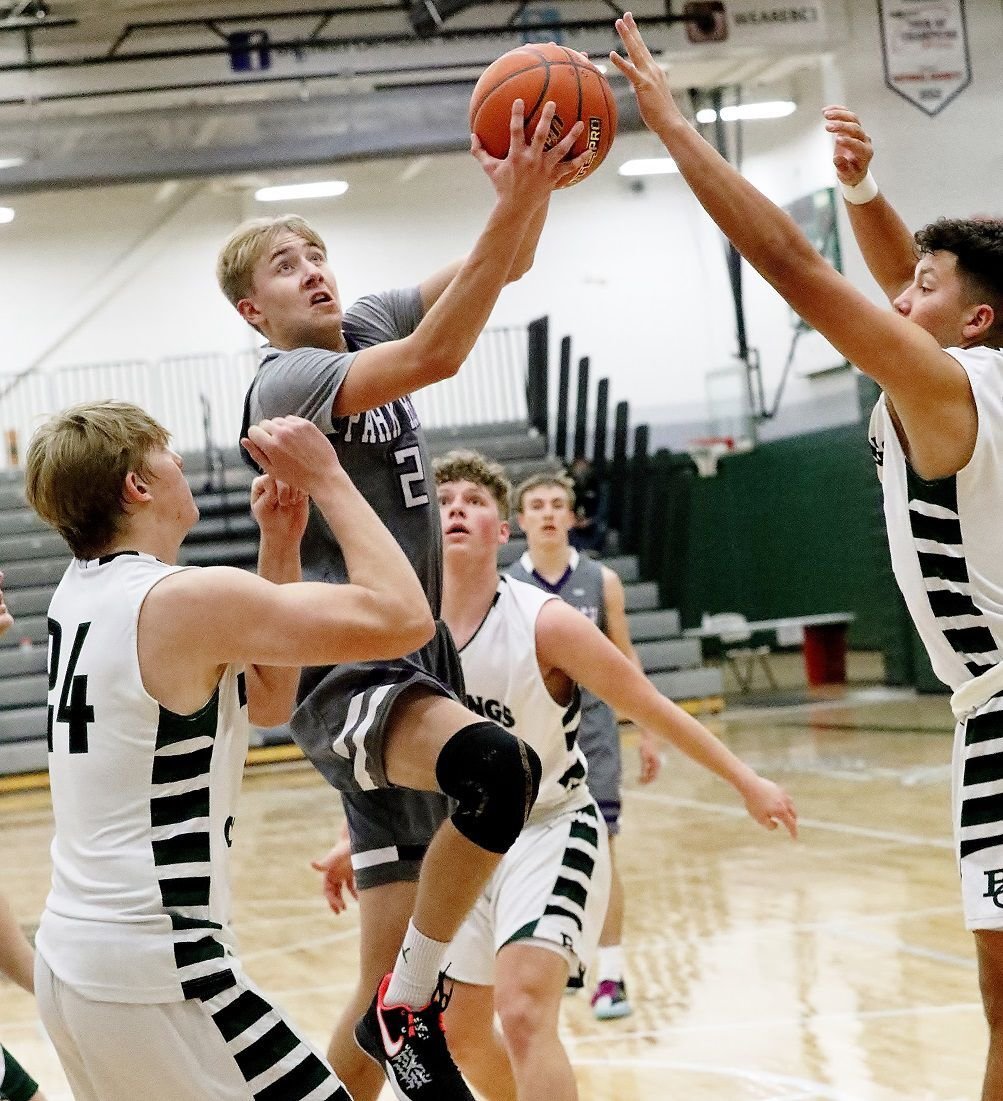 Livingston's Payton Kokot goes up for a layup as Billings Central's Brock Blatter (24) and Malachi Stewart (right) defend during their game at Billings Central on Tuesday, Jan. 5.

Livingston's Payton Kokot goes up for a layup as Billings Central's Brock Blatter (24) and Malachi Stewart (right) defend during their game at Billings Central on Tuesday, Jan. 5.

BILLINGS — The Billings Central boys basketball team liked its 2021 outlook well before it received two talented transfers. Two games into the season, the Rams have every reason to maintain their optimism.

Central hosted Livingston on Tuesday night for its first home game of the season, and the Rams rolled over their Eastern A foe 80-53. Four Rams scored in double figures, but it's two less prolific players who have Central (2-0) feeling extra excited about this season’s potential path.

"There's not a break in our team," said Central senior Clarence Stewart. "Everyone's giving each other help, support, cheering each other on. It's fun."

Stewart came over from Plenty Coups, and Nick Pasquarello, who attended Central as a freshman, transferred from Laurel (junior forward Cayden Merchant also transferred to Central from Class AA co-champion Billings Skyview). Both Pasquarello and Stewart were arguably their previous teams’ best players. Pasquarello started Tuesday’s game and scored five points. Stewart, who finished with six points, was one of the first Rams off the bench.

Like Pasquarello, Stewart had Central ties before transferring. His sister, Maria, is a junior at the school and plays multiple sports. His cousin, Malachi, is a senior starter for the Rams who scored 12 points on Tuesday.

“We never got to play together besides when we were really young, so I was super psyched when he told me he’d be transferring,” Malachi said of Clarence. “He’s a great passer. He always finds these tiny holes that no one else really sees, and he’s got really good timing and he’s super unselfish. He’s got a really good feel for the game.”

Clarence, who said he transferred mainly for academic reasons, was more than a star at Plenty Coups. He was the team’s sun, a do-everything point guard who rarely sat during the Warriors’ biggest games.

“Being on this team is like coming into another brotherhood, learning new things and getting better,” Clarence said. “I’d prefer being in a star position like that (at Plenty Coups), but coming to this school and playing with this team can further my future.”

On Tuesday, fellow senior Junior Brackenridge proved that a bench player can be one of Central’s most productive players. He scored 15 points, one off the team-high shared by senior Marcus Wittman and junior Brock Blatter.

The Rams, who opened the season with a 66-36 win at Sidney on Saturday, have nine total seniors and only graduated one key player (Gabriel Penha Dos Santos) from last year's State A tournament qualifier. They're wary of COVID-19 derailing this season like it did last, when the final day of the state championships were canceled, but they’re excited to be playing with talent to burn.

“Just got to expect the worst and hope for the best,” Malachi said. “We’ve just got to cherish every moment.”

First-year coach Kyle Neibauer said the Rangers (0-2) are going through “some growing pains” to start the season. They graduated six seniors, all of whom were key players, especially all-state guard and North Idaho signee Brendon Johnson. Livingston opened this season with an 88-31 loss Saturday against Dillon, which led 39-6 after one quarter and 70-11 at halftime.

“We’re a young team with a lot of talent,” Neibauer said. “We just need to put it together.”

Jeff Welsch: Happily, basketball is back, and we're full-court pressing for every result

Our goal is to provide coverage of every high school event across Montana. Here's how coaches, ADs, managers, parents and/or community members can help.

Top-ranked Morningside too much for Carroll football in NAIA playoffs