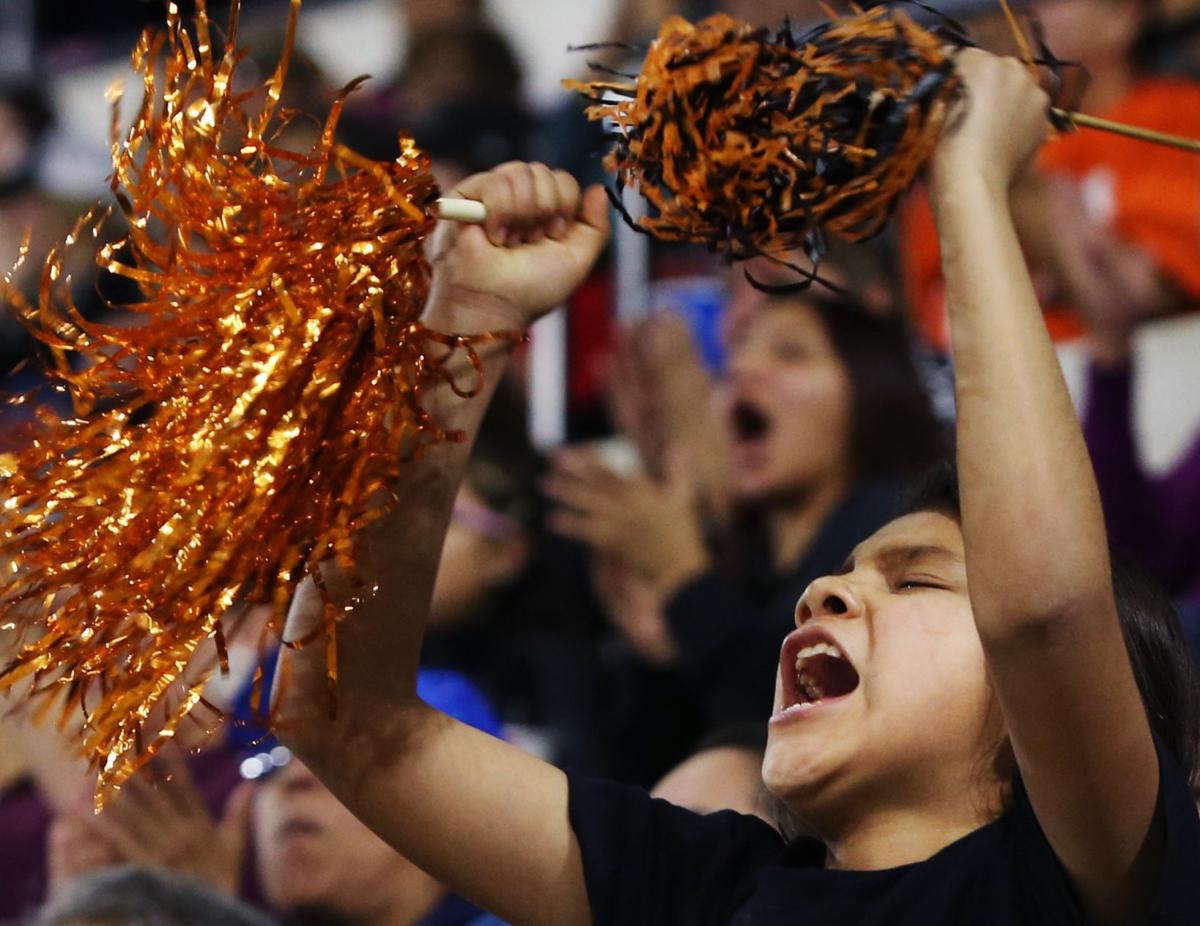 Lahna Good Luck, 10, cheers for the Hardin Bulldogs after their double-overtime win over Billings Central in Eastern A girls basketball action Saturday night at Rimrock Auto Arena in Billings. 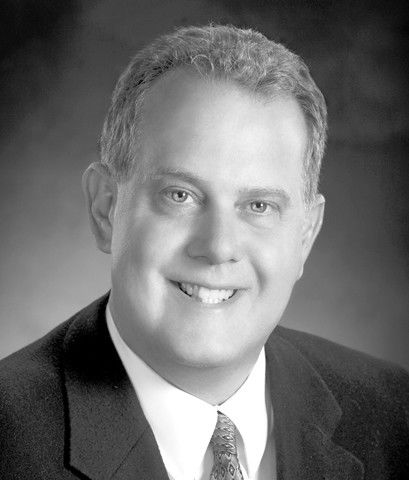 After the Hardin girls outlasted Billings Central 66-64 in double overtime in the opening game of the Eastern A basketball doubleheader, the boys took it up a notch as Hardin defeated the Rams 97-87 in three overtimes.

So where does that epic evening land on my Top 10 list of most memorable nights of high school basketball over the past 36 years? Let’s take a look:

10. On Feb. 13, 1997, in front of a packed house at the West High Golden Dome, Pete Conway scores a school-record 40 points in a double-overtime win over Hardin. The gym was so full that my broadcast partner Herm Elenbaas and I were scared to stand up fearing someone would take our seats.

9. On March 10, 2012, Missoula Sentinel’s D.J. Reinhardt willed her team to a stunning 66-60 upset victory in the State AA girls championship game over 22-0 Bozeman. Reinhardt dedicated that effort to her mother, who had recently passed away. She scored 38 points and hit 4 of 4 from the 3-point line — pretty amazing considering she entered the tournament averaging a modest 13 points per game.

8. On March 1, 2003, Mandy Morales led Billings West to its first State AA title in the best girls basketball game that I have ever witnessed. Morales scored 25 points to lead West past Missoula Hellgate and its star player, Molly Hays, who scored 26.

7. He just could not miss … no matter how deep behind the 3-point line he went. On March 10, 1990, Box Elder’s Scott Henderson hit an amazing 10 threes and scored 40 in front of 8,447 fans at Metra as Box Elder defeated Lambert to win the State C boys title.

6. In the first state championship broadcast of my career, Livingston’s high-flying Kral Ferch led the Rangers to the 1983 State A boys title in a 104-64 romp over Deer Lodge. The amazing Ferch scored 45 points and saved his best highlight for last, putting Livingston over the 100-point mark with a breakaway dunk on which he took off from just inside the free-throw line!

5. On Jan. 6, 2018 — last Saturday night — Hardin’s boys and girls swept Billings Central at Rimrock Auto Arena in an Eastern A doubleheader that totaled FIVE overtimes. The Bulldog girls won 66-64 in two OTs and then the Hardin boys outlasted the Rams 97-87 in triple OT. Just how many times can I say the words epic and majestic in one night? Well, maybe not as many times as I said the word unbelievable!

4. To my recollection, the 1990 State A girls championship in Glendive was the first time that I cried on the air. Billings Central edged Livingston in overtime, and as I looked down on the floor in the final seconds, Livingston’s Sherri Brooks was leaning over with her hands on her knees and tears running down her face. For Brooks, who scored 27 points and made 15 of 16 free throws, the game marked the fourth straight year that she was on a team that finished as state runner-up.

3. The 1993 State AA boys championship game between Billings West and Missoula Hellgate will go down as the best boys game I’ve ever seen. With star players like Hellgate’s J.R. Camel and Jake Dennehy and West’s Dan Sullivan and Mike Hayter, the game included seemingly non-stop dunks and spectacular plays. Hellgate prevailed 71-68 in double overtime, and to this day the 1992-93 West High squad remains one of the best teams that did not win a state title.

2. March 12, 1988 featured one of the best state championship games I’ve ever witnessed, as Hinsdale outlasted Geraldine 78-70 in triple overtime for the State C boys title. The game featured an out-of-bounds play that will go down in Montana basketball lore (ask me about that story sometime). Wayne Synan scored 36 points to lead a Hinsdale squad that also featured a young Billy Dreikosen, now the head men's coach at Rocky Mountain College.

1. For starters, I want to thank Herm Elenbaas for asking me that morning to join him on the broadcast of the 2006 State C boys championship game at Rimrock Auto Arena. What a night it turned out to be, as Melstone — enrollment 20 — became the smallest school in Montana history to win a state title with a thrilling 83-78 overtime win over Gardiner. It also became the first championship game in state history in which three players scored 30 points — Melstone’s Kale Eike (36) and Adam Weisz (34) prevailed over Gardiner star Bodie Tobin (33). Thanks again, Herm!

Rocky Erickson, sports director for the Northern Sports Network, is an occasional contributor to 406mtsports.com. Contact him at rerickson@northernbroadcasting.com and follow his work at www.northernsports.net.