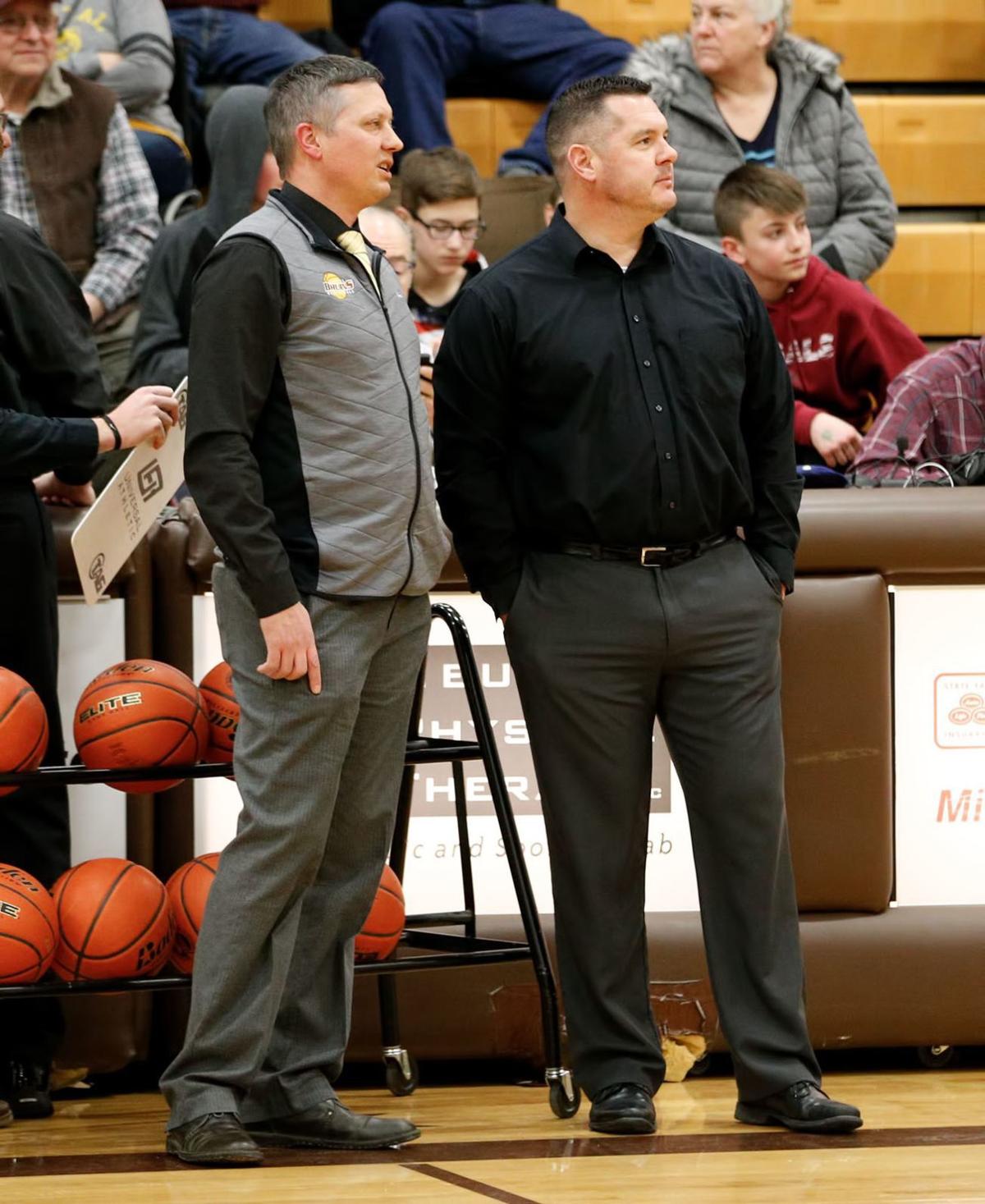 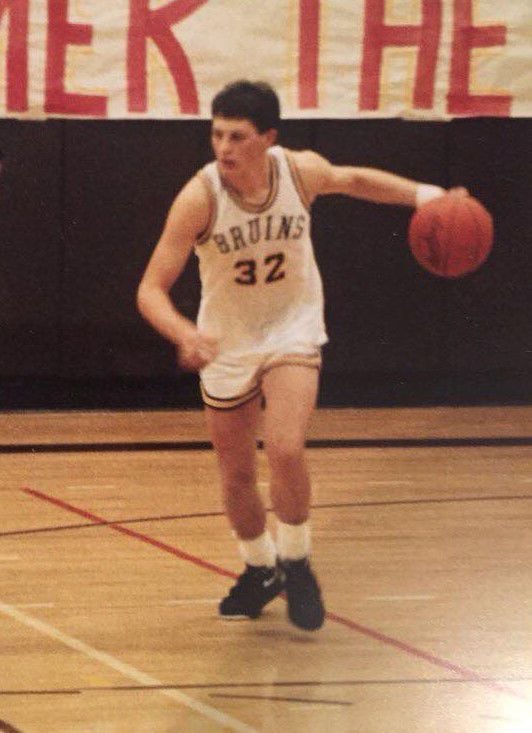 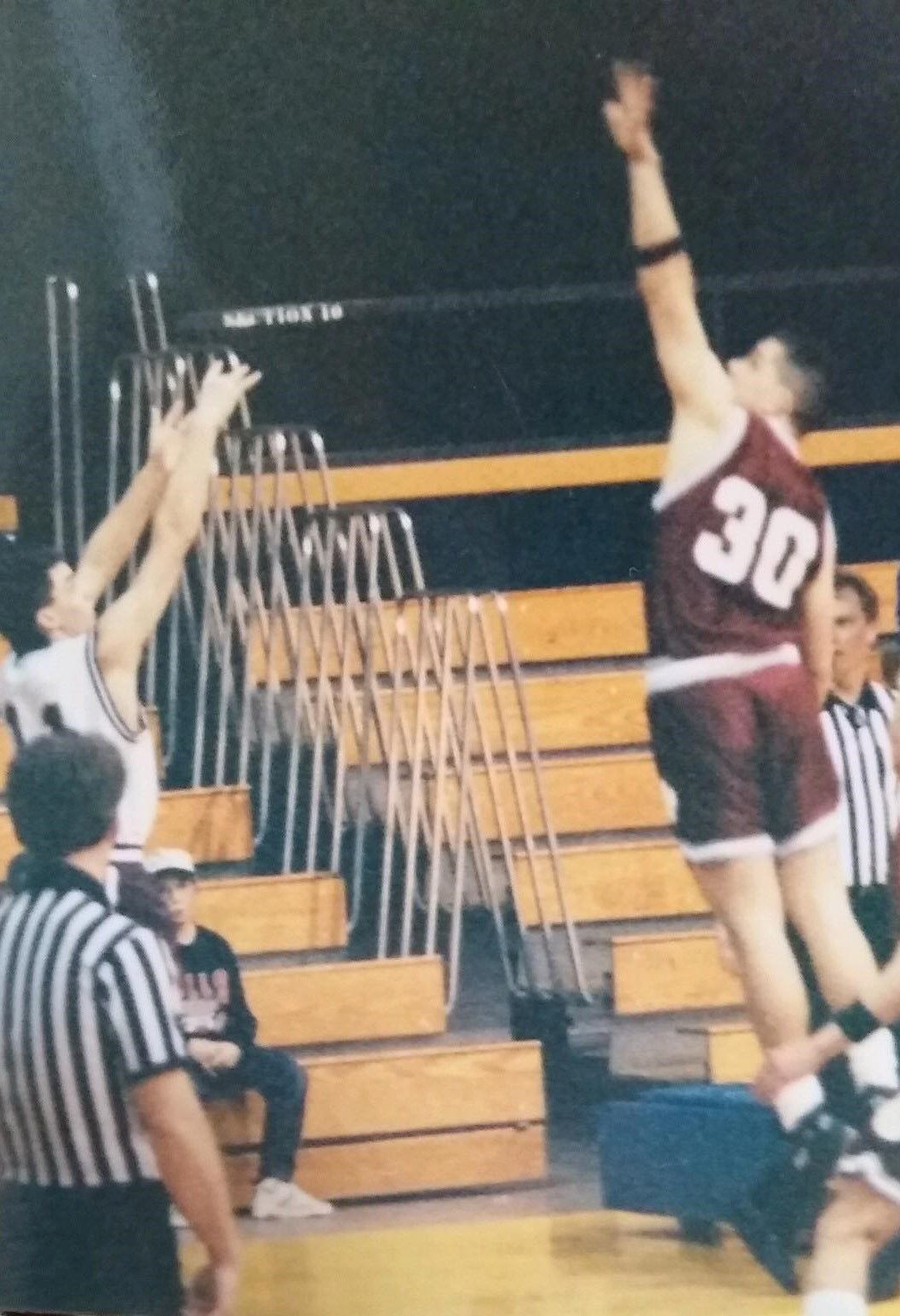 HELENA — Twenty-eight years ago Ryan Grovom and Jason Murgel were crosstown rivals. In 1991, Grovom was a senior for Helena Capital High, while Murgel was a Helena sophomore.

While their sons — Bridger Grovom and Connor Murgel — have carried on the friendly rivalry playing for the Bruins and Bengals varsity teams.

Both families are also generational sportsmen, and Jason and Ryan’s spouses are athletic as well.

“Ryan and I have been friends for over 30 years,” Murgel said. “His brother Jason and I are the same age, we played baseball together and competed against each other on the football field and the hardwood. Ryan is the kind of friend who will be there for you when needed.”

“Jason is a great guy and always a pleasure to talk with every time I see him,” he said. “He and his family are wonderful, and I appreciate how close and supportive they are for each other.”

Ryan’s dad, Ron Grovom, earned seven letters in three sports for Glasgow High back in the mid-1960s, and was a two-year player on Glasgow’s Legion baseball team. Ron was a member of three state track and field championships – among his teammates was the legendary Roy Robinson – and averaged 13 points per game on the hardcourt.

At Northern Montana College (now MSU-Northern) in the late 1960s, he garnered 12 varsity letters – four each in football and track – including lettering in all four sports in the same school year. He said his biggest football win as Northern’s quarterback was a victory over Chadron State (Nebraska).

Ryan garnered eight letters at CHS, three each in track and basketball, and two in football. He also played two years of Helena Senators baseball.

His senior year, he was selected honorable mention grid all-state at quarterback, and was a first team all-state hoopster. A 6-foot-3 senior forward on the hardcourt, Grovom averaged 15.8 points per game, while leading the Bruins to their first State Tournament in seven years.

When asked to name his prep roundball highlights, Ryan listed a crosstown victory and their state qualification.

“Beating Helena High my senior year, and HHS ended up winning the State championship in 1991,” he said. “And making the winning shot against Hellgate in our playoff game that same year, to get to the state tournament.”

Ryan received a football scholarship to Montana State, where he served mainly as the backup QB from 1992-95.

His wife, Jenni (Connor) Grovom, a Capital cheerleader, was on the dance team at MSU as well.

Ryan began volunteer assistant coaching for the Bruins three years ago, and has completed his first season as the JV coach. He guided the team to a 12-6 record while sweeping the two crosstown contests over the Bengals.

Randy Murgel, Jason’s father, was a Bengals football player, class of 1970. Later in the Men's City Slowpitch Softball Leagues, he helped his team to a regional tournament in Sunnyvale, California.

In 1987, Jason Murgel and Jason Grovom were 12-year-old teammates on the Helena Capital Bambino All-Star baseball team that placed fifth at the national tournament.

Murgel went on to garner five letters at HHS: three in football and two as a 6-2 basketball forward. On the gridiron, he earned a 1992 second team all-state selection at linebacker.

“I don’t recall a specific basketball highlight, but my senior season in general was special,” he said. “I got the opportunity to play for coach (Steve) Keller his first year as the head coach and we were picked to finish last in the conference, but we ended up second and went to State.

“(One of my) highlights was … against Sentinel, where I had like 15-16 rebounds, something I took a lot of pride in when I played.”

As a two-year Senators right fielder, he was part of Helena’s 1992 State runner-up finish, and earned the 1993 State AA Tournament offensive MVP award with a .619 batting average.

Jason played baseball for Treasure Valley Community College before transferring with intentions of football for the University of Montana. But after two back surgeries, he played one season for Western Montana College (now UM Western), until a career-ending third back surgery.

Jason’s wife, Chrissy (Rouse) Murgel, played basketball and volleyball at Dillon High, and then golfed for Western. Chrissy is a cousin of boxer Roger Rouse of Anaconda, who twice fought for the world’s light heavyweight championship.

Murgel coached five different sports at HHS. He served as an assistant football and golf coach for several seasons, and was the Bengal girls basketball coach for six years, highlighted by a third-place trophy at state in 2012.

Murgel and Grovom’s sons are four-year hoops lettermen, and both are on pace to collect eight total letters. Connor should graduate with four in basketball, three in track and one in football. Bridger is on schedule for four letters apiece in football and basketball.

On the gridiron last fall, Connor was named honorable mention all-conference safety, posting 32 solo tackles, three interceptions and five deflected passes. Bridger started at QB for the Bruins, passing for 1,815 yards and 15 touchdowns. He attained top-five status in several of Capital’s passing lists, including No. 2 in game completions (27), fourth in completed passes (145), TD passes in a game (four) and No. 5 in passing yards in a game (315).

On the hardcourt, both guys are 5-10 guards. Last year each was selected second-team all-conference. Connor has been Helena’s top scorer the past two seasons, and is averaging 11.4 points. He’s also second on the team with 34 3-point field goals.

Jason described helping to coach his son as a “very special” journey.

“At times it has been difficult because it’s hard to differentiate between being a dad and a coach, or as a son and a player,” he said. “Connor is gym rat and there have been times we’ve butted heads, but it’s all been worth it.

“He has so much love and passion for the game, and to see him work so hard to achieve his dreams and goals on the hardwood makes me very proud.”

“I love being a part of his basketball career and spending time with him … I have the greatest seat in the gym to watch Bridger compete with his teammates,” Ryan said. “The time flies by and I’m trying to cherish every minute we have together on the hardcourt. I’m proud of how hard he’s worked to improve his game and help his team succeed.  It’s been a great experience for me.”

And both assistants will again be on their respective benches for this week’s divisional tournaments, supporting their sons' – and their teams' – efforts to reach State.

HELENA — This week, “Sidelines” reports on the sports of running, bowling, wrestling and pool. Our highlights include a couple of 300 games, k…