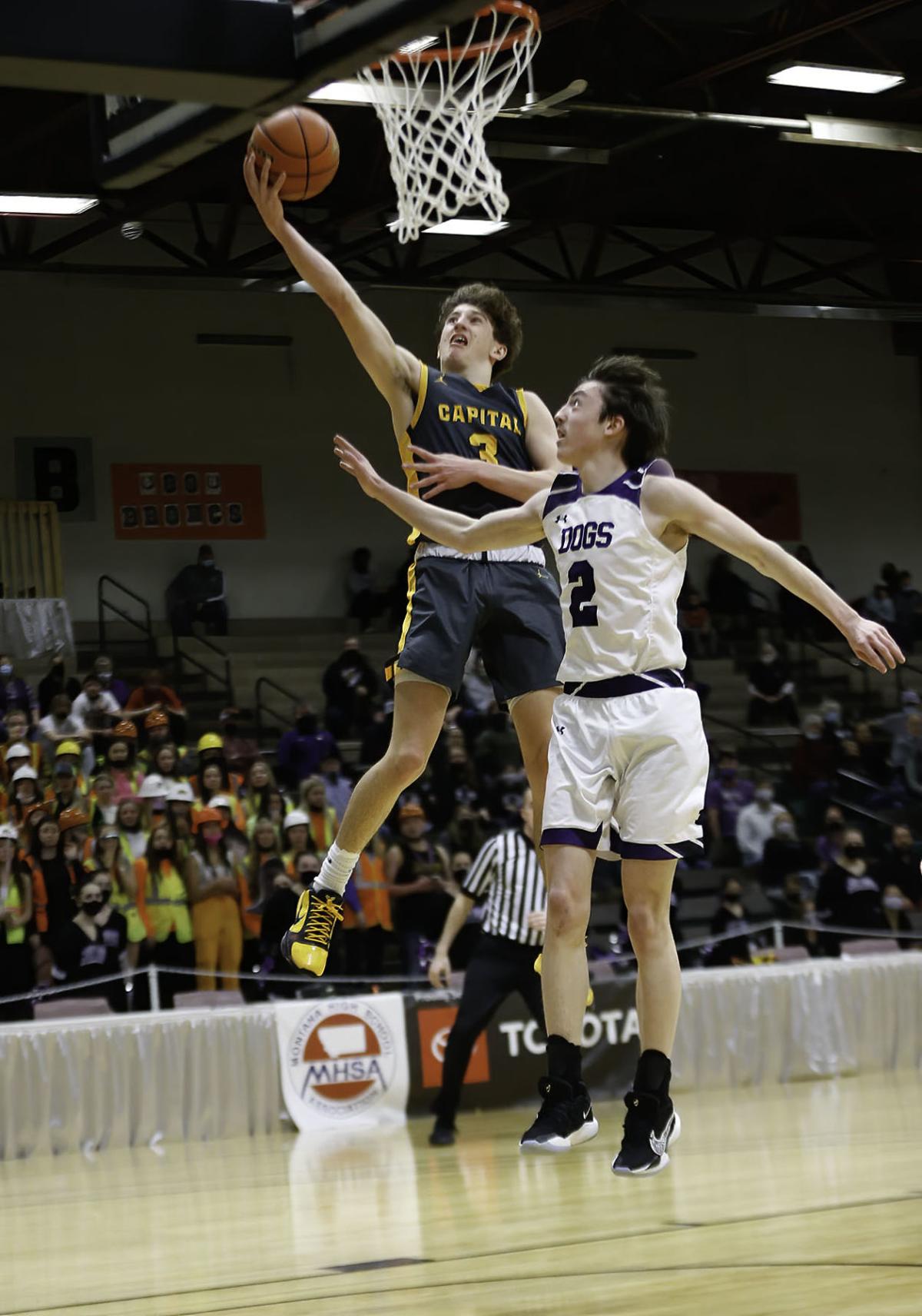 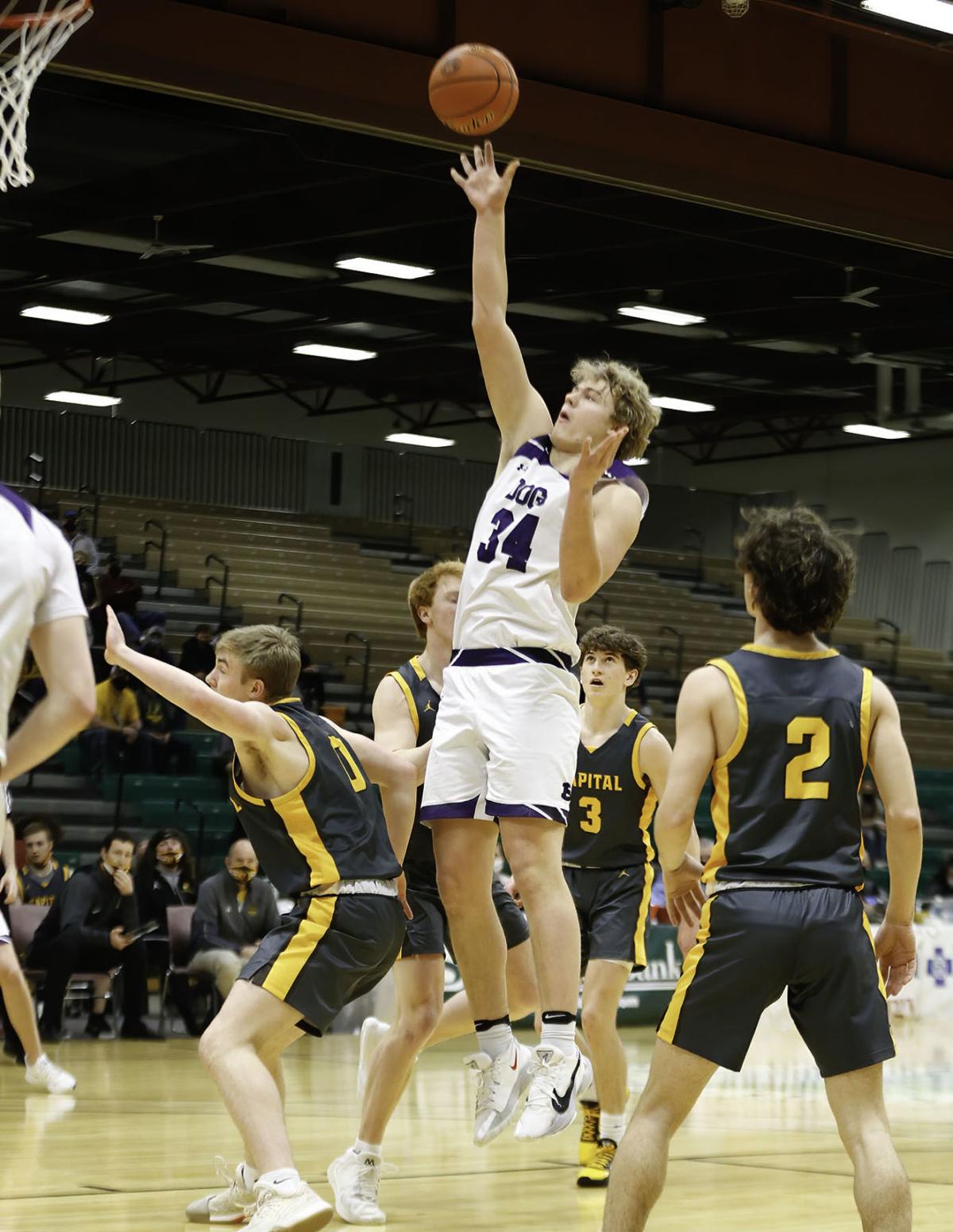 Butte's Jake Olson with the one hander over the Helena Capital defense during Friday's State AA Boys Basketball Tournament in Great Falls. 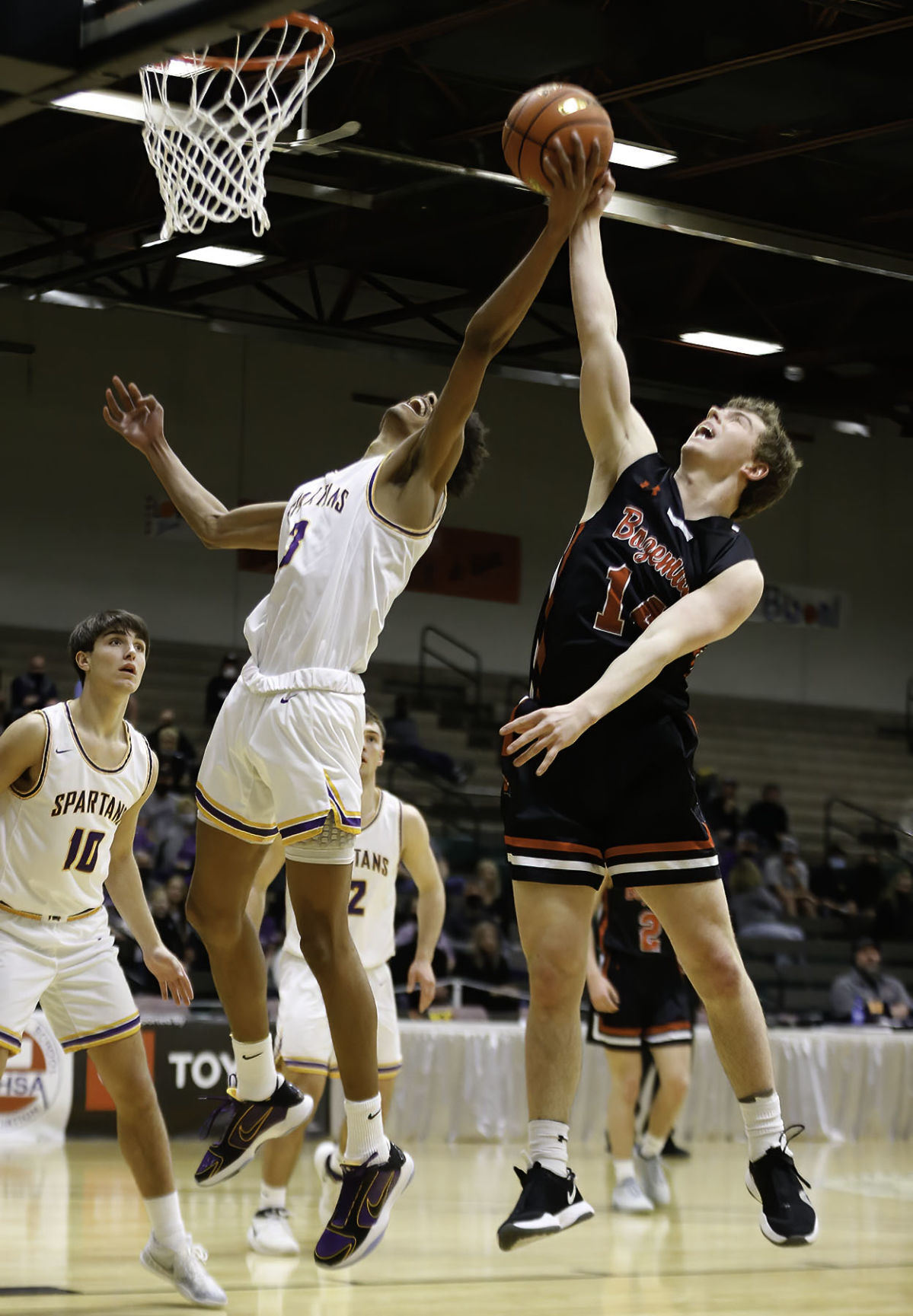 Bozeman's Padraig Lang swats a rebound from Missoula Sentinel's Tony Frohlich-Fair during their loser-out game at the State AA boys basketball tournament Friday in Great Falls. The Spartans won and will play for third place Saturday. 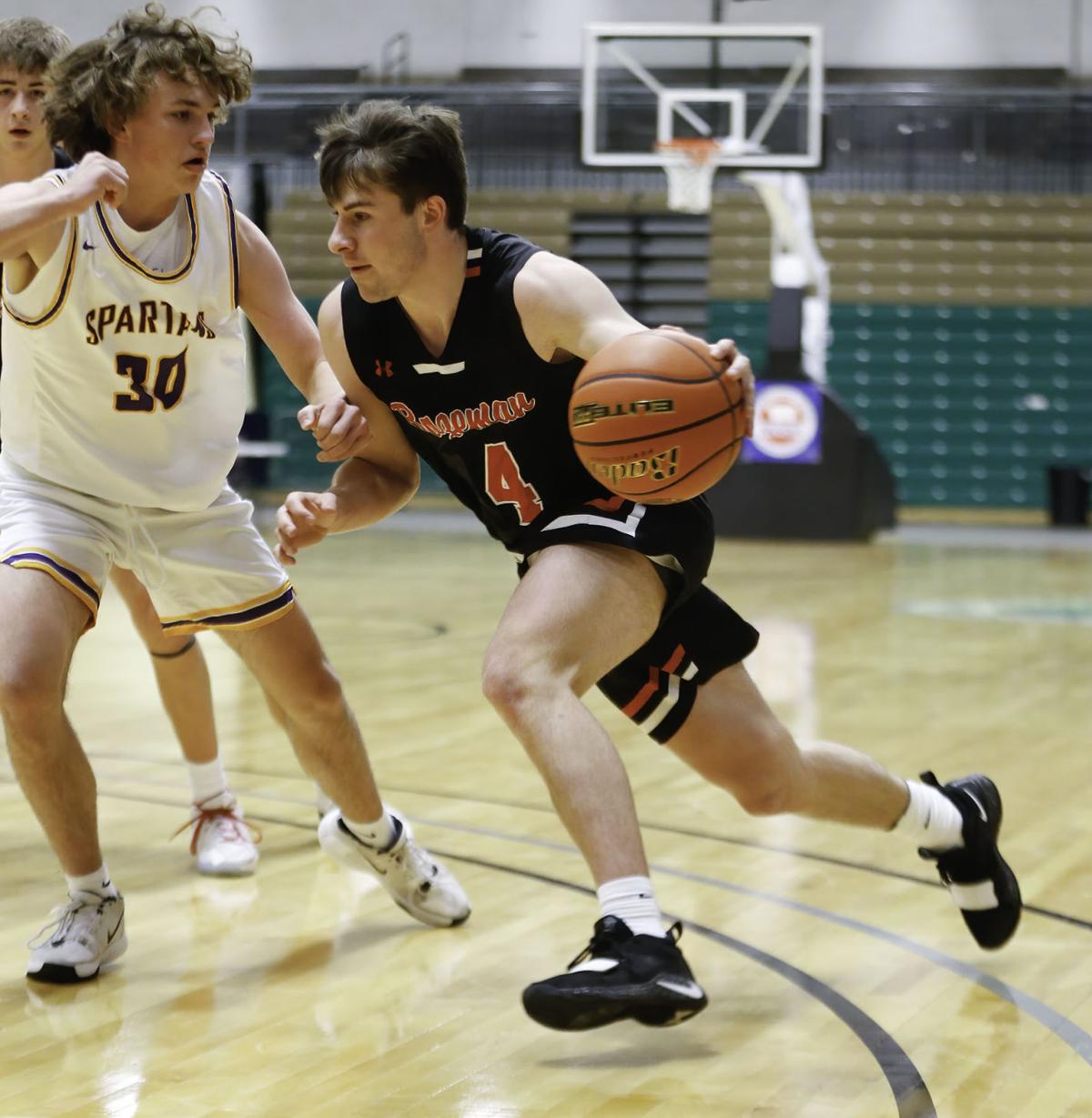 Butte's Jake Olson with the one hander over the Helena Capital defense during Friday's State AA Boys Basketball Tournament in Great Falls.

Bozeman's Padraig Lang swats a rebound from Missoula Sentinel's Tony Frohlich-Fair during their loser-out game at the State AA boys basketball tournament Friday in Great Falls. The Spartans won and will play for third place Saturday.

GREAT FALLS — Consolation round basketball was on tap Friday afternoon at the Class AA boys basketball tournament in Great Falls, as four teams hoped to remain alive for the third-place trophy.

The consolation final will be played at 1 p.m. on Saturday at the Four Seasons Center in Great Falls between. The boys state championship between Great Falls and Billings Skyview will tip off Saturday evening at 5:30 p.m.

Alex Germer scored 34 points and hauled in nine rebounds as Sentinel bounced back from a semifinal loss to move into the third-place game.

The Spartans built a big lead in the first half and rolled to an 84-59 victory. Tony Frohlich-Fair bounced back from a disappointing outing against Skyview to efficiently score 20 points on 10 shots.

Frohlich-Fair and Germer combined to go 20 of 24 from the free-throw line. The Spartans hit 22 of 30 free throws overall, while Bozeman went to the line 11 times, converting eight of them.

Hayden Kolb tacked on nine points for Sentinel, all of which came from behind the three-point arc. The Spartans had assists on 16 of 28 field goals and shot 59.6% for the game.

Sentinel led from the start and will look for a trophy after going 0-2 at the state tournament a year ago. The Spartans led 42-27 at halftime.

Bozeman got 13 points apiece from Ty Huse and Padraig Lang. Jackson Basye was also in double figures with 12 points. Bozeman shot 33.3% from the field in the first half and 38.5% for the game.

The Hawks had 16 turnovers to Sentinel's nine. The Spartans are 16-2 on the season, while the Hawks end the season 12-6.

Sentinel will play Helena Capital in the consolation final at 1 p.m. on Saturday. The Spartans played the Bruins twice this year, winning both games — the first 67-59 and the second 68-51. Germer averaged 27.5 points per game in those two wins.

The Bruins move to the third-place consolation final, where they will play either Missoula Sentinel or Bozeman. The Bulldogs finish the tournament 1-2 and struggled with another off-shooting day, as they also struggled from the field in the tournament-opening loss against Skyview.

Capital grabbed control of the game early and pushed out to a 9-2 lead early on. Turnovers hampered the Bulldogs, who committed 11 in the first half and 19 for the game.

The Bruins lead 35-16 at halftime and Butte didn't break single digits until part way through the second quarter. Capital shot 22 of 50 from the field and hit 18 of 24 free throws on the afternoon.

Hayden Opitz and Tyler Tenney each scored 14 points for the Bruins, while Malachi Syvud added on 12 more.

The Bulldogs were held to 12 of 40 shooting and made 6 of 18 3-point shots. Oddly enough, Butte shot 6 of 20 from the field in both the first and second halves of the game.

Billy Kelly scored 10 points on 3 of 7 shooting to lead Butte. Jake Olson nearly had a double-double, scoring eight points and hauling in 12 rebounds — four of them offensive boards.

Photos from the consolation round games of the AA boys state basketball tournament.