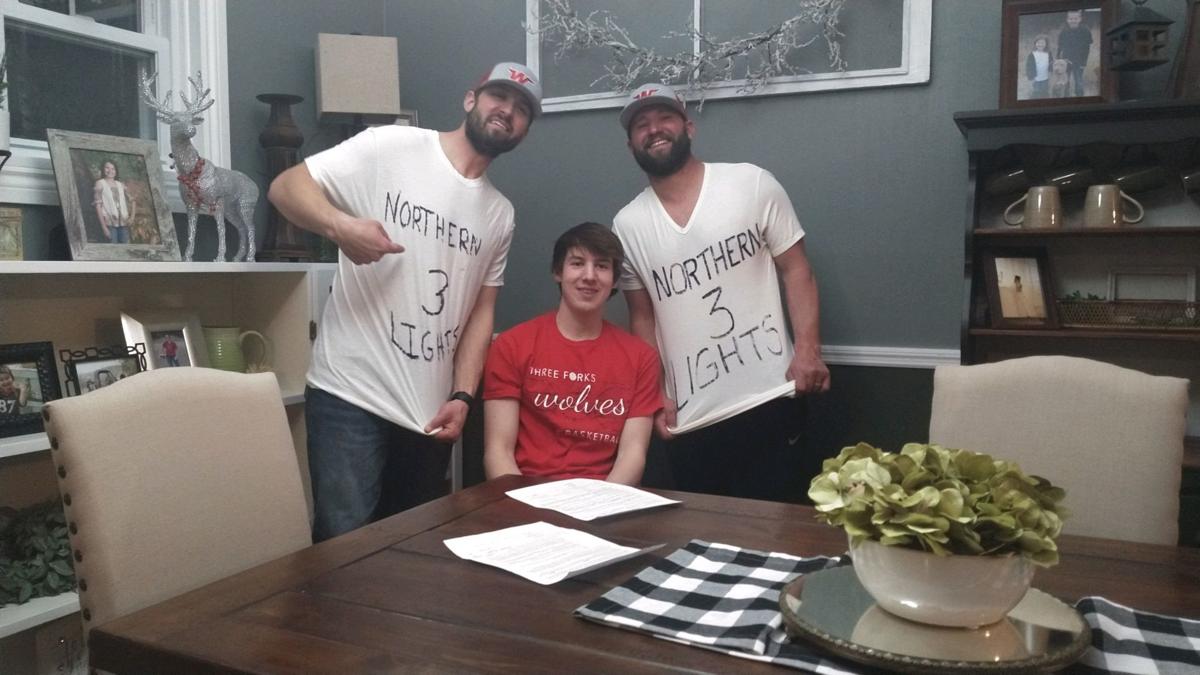 Three Forks senior Micaiah Hauser poses for a photo with his coach Terry Hauser, left, and father Taylor Hauser after signing his letter of intent with Montana State-Northern on Wednesday. 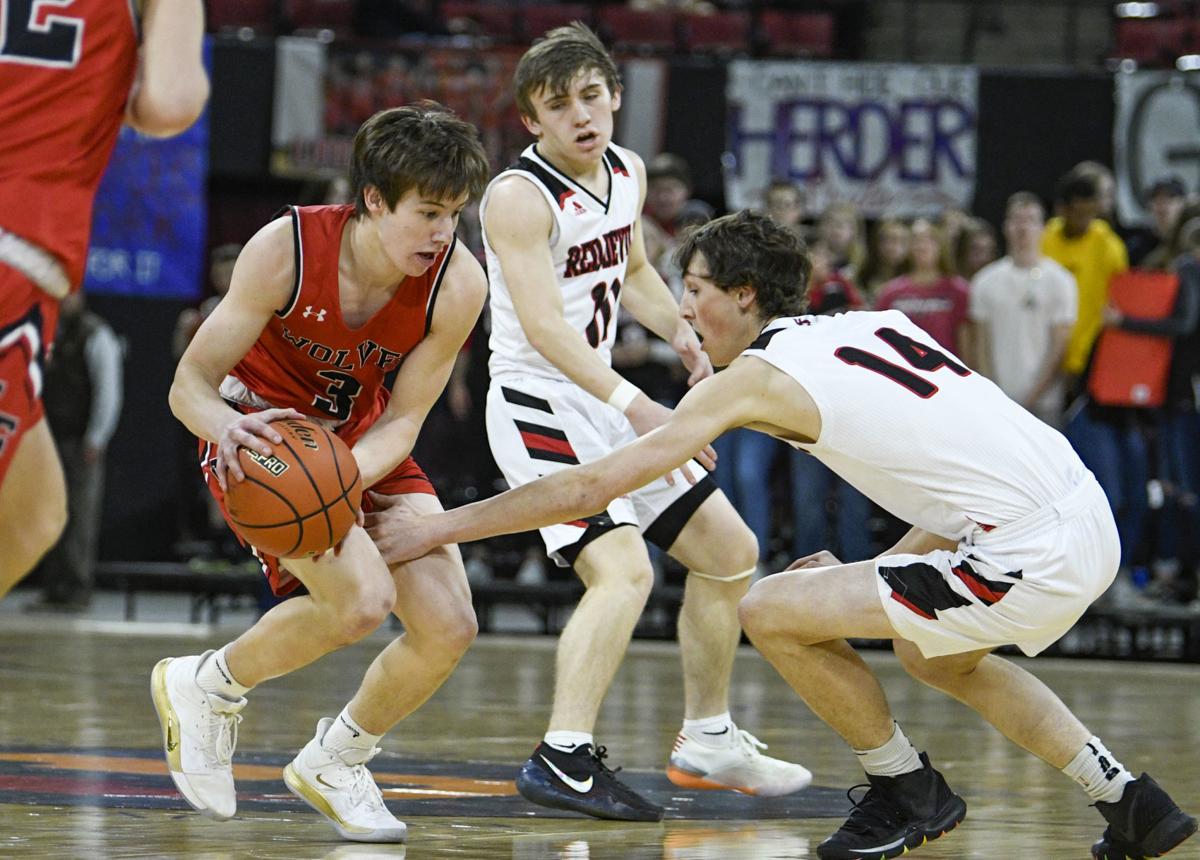 Three Forks senior Micaiah Hauser poses for a photo with his coach Terry Hauser, left, and father Taylor Hauser after signing his letter of intent with Montana State-Northern on Wednesday.

Micaiah Hauser, a 6-foot guard, received full-ride scholarship offers from Northern and Dawson Community College, Taylor said, as well as a partial offer from the University of Providence.

“Micaiah made our day today in this challenging world we are all in," Northern coach Shawn Huse said in a press release. "We love what he brings to the gym each day. Micaiah is very athletic and truly possesses the grittiness that you see, and that is needed, in the Frontier Conference. As with anyone making the jump to four-year basketball, there is a learning curve. That being said, he is a student of the game who has proven time and again that he can take on and overcome challenges with the best of them.”

Hauser averaged 20.4 points, 6.7 rebounds, and 1.5 assists per game this past season and earned a Class B all-state selection. He helped the Wolves reach the previous three State B boys basketball tournaments.

After falling in the first round of the previous two state tournaments, No. 4-ranked Three Forks beat Deer Lodge on March 12 to advance to the semifinals, where the Wolves fell to Fairfield. Montana's first confirmed cases of COVID-19, the disease caused by the new coronavirus, led the Montana High School Association to cancel the final day of the state tournaments, denying Three Forks a chance to play for third place.