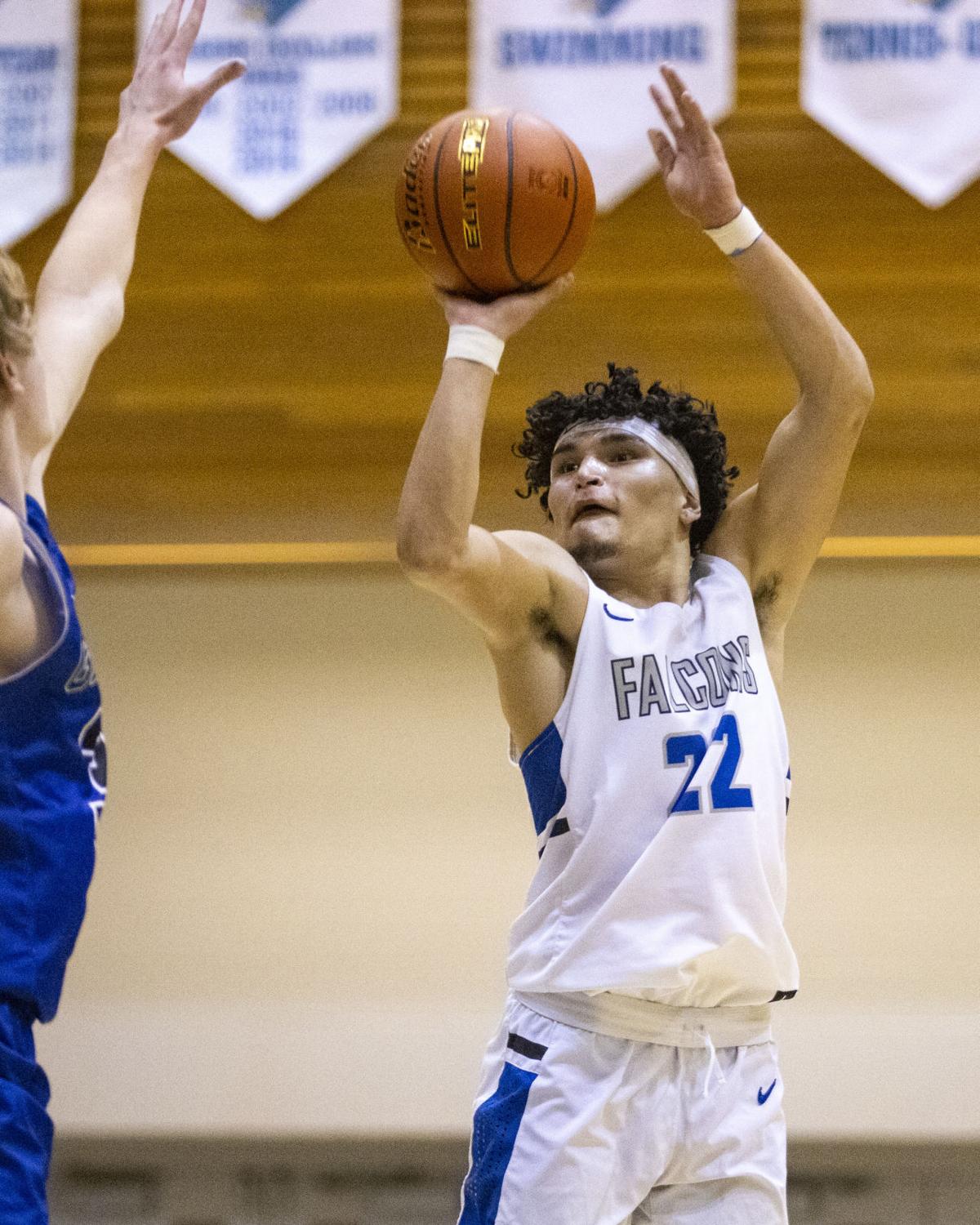 Billings Skyview's Payton Sanders puts up a shot Thursday against Bozeman Gallatin at the Skyview gym. 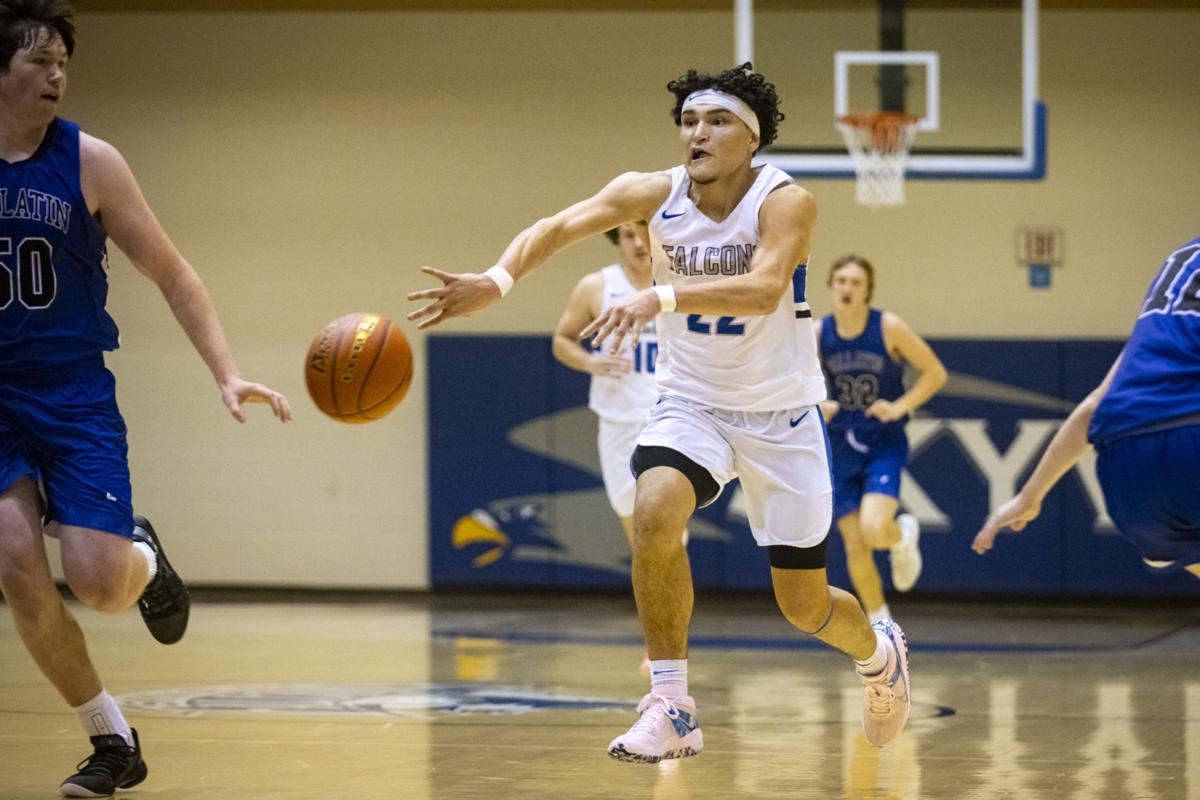 Billings Skyview's Payton Sanders passes against the Bozeman Gallatin Raptors at the Skyview gym on Thursday.

BILLINGS — The Billings Skyview boys basketball team had an explosive first quarter and it looked like Thursday night would be smooth sailing for the opener of the 2021 season.

Ultimately, it was. The Falcons defeated Bozeman Gallatin 57-32 at the Skyview gym, but as with most opening nights the game wasn’t without its sloppy stretches.

Still, a win is a win, and the Falcons were happy to tuck this one away. Just getting back on a basketball court, playing in a game that mattered, was really all anyone wanted after the way 2020 ended, with 16 boys and girls teams across all classifications sharing championships when the state tournaments were cancelled after two days of play in March due to the approaching coronavirus.

“Pretty much like everybody, we were just super excited to be back in the gym playing basketball again with our kids,” Skyview coach Kevin Morales said.

The Falcons, indeed, looked unleashed in the first quarter when they created easy chances off Gallatin turnovers and scored 20 points to lead by 16 after the initial eight minutes. The output slowed to just five points in the second quarter before Skyview picked up the pace again in the second half.

“I think mentally, we were all ready,” said Payton Sanders, one of four Falcons who netted double digits in points. “And I felt that even when our shots weren’t falling, our intensity was definitely there.”

Cam Ketchum led the way for Skyview with 13 points. Sanders, Ky Kouba and Abe Seybert all followed with 11 points.

The game was more than a season opener for Gallatin. The new Bozeman school opened this fall, with no seniors, and so Thursday marked a bit of program history for the Raptors.

A little more than two minutes into the game, Corbin Holzer picked up the Raptors’ first-ever points when he buried a 3-pointer. And though the program’s first game will go down as a loss, it’ll still be something for this group to look back on.

“With everything that’s going on in the world right now, the pandemic, the political unrest in our country, I’m just happy our kids have a chance to compete,” Gallatin coach Michael Claxton said. “Every game experience that we have this year, we’re going to value.”

Eli Hunter found the range in the fourth quarter when he hit three 3-pointers on his way to a game-high 14 points for the Raptors. Post player Ryan Schlepp worked his way inside for another 10.

Thursday’ game was one of two teams with two entirely different goals. The Raptors are setting small game-by-game goals as the players learn to play together and gain some cohesion in this inaugural season.

The Falcons, meanwhile, have lofty goals. After sharing last year’s title with Missoula Hellgate after the tournaments were called off following the semifinals, Skyview is looking for a little bit more this season.

“It was such a relief (to be playing again) and we definitely have a goal,” Sanders said. “That championship game, we definitely felt like we peaked and we had a shot (to win). We’re just coming back and we’re ready to take it all.”

Photo from the Billings Skyview Falcons’ game against the Bozeman Gallatin Raptors at Skyview High School in Billings on Thursday, Jan. 7, 2021.