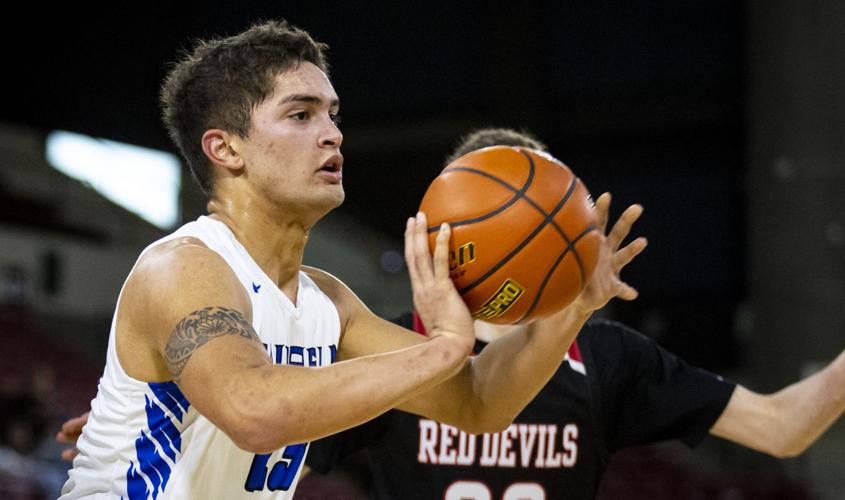 Fairfield's Kaelob Flores passes in a state tournament game in Billings in March. 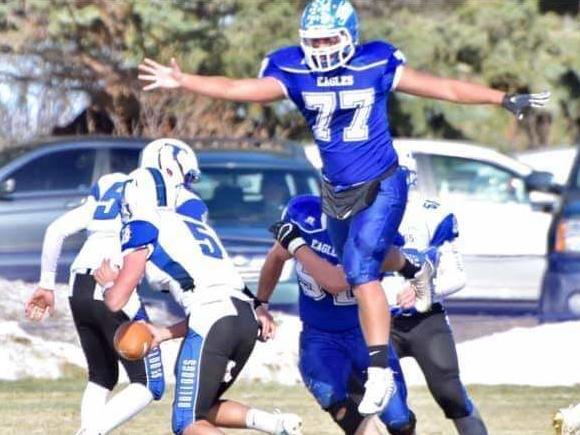 Kaelob Flores has been a dominant player in football for Fairfield. 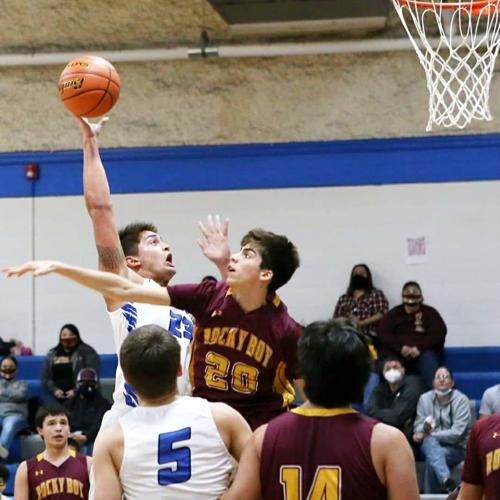 Kaelob Flores has been a consistent double-figure scorer for Fairfield in basketball this season. 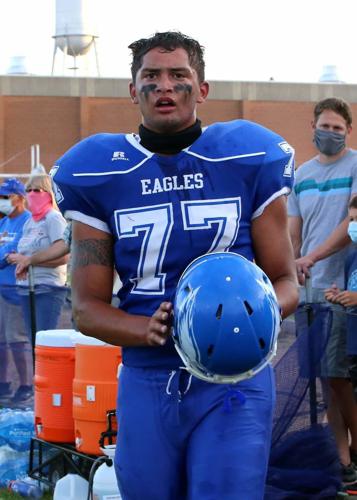 Fairfield's Kaelob Flores passes in a state tournament game in Billings in March.

Kaelob Flores has been a dominant player in football for Fairfield.

Kaelob Flores has been a consistent double-figure scorer for Fairfield in basketball this season.

FAIRFIELD – So how is Kaelob Flores feeling these days?

“I would say my health is the best it’s ever been,” Flores said Sunday, just a few hours after he completed his fourth varsity basketball game in five days for the Fairfield Eagles.

Flores and his teammates claimed victories over Choteau, Cut Bank, East Helena and Belt to improve their record to 9-3, and Flores, as usual, scored in double digits each game.

Not only is the favorable health report good news for the Fairfield boys basketball program, it’s even better news for the 18-year-old Flores and his family, who have battled serious medical issues for nearly two years.

In March 2020, just a few days after Fairfield was crowned State Class B co-champion after COVID shut down high school championship action, Flores’s health was the WORST it had ever been. His blood sugar numbers were so high that he was rushed from Fairfield to Benefis Hospital in Great Falls, 35 miles to the east, where he remained for five days.

Tests revealed that Kaelob had Type 1 diabetes. And he never knew it.

“His specialist said (Kaelob) should never have made it through that (state) tournament (in Butte),” said Flores' mother, Jen Barnett. “They believed he’d had it (undiagnosed) for almost two years.”

That diagnosis made Flores' athletic accomplishments as a freshman and sophomore all the more remarkable. As a freshman, he played tight end, defensive end and special teams as the Eagles won the state Class B football title. That winter, he played varsity basketball and was the team’s Most Improved Player.

As a sophomore, despite bouts of fatigue and dizziness, he was a two-way star on the football team and a second-team all-conference player for the basketball squad, which advanced to the Class B finals before the season was abruptly suspended.

“We didn’t recognize the signs (of diabetes) because all Kaelob knew was playing sports year-round. It made sense he would be tired and moody,” his mother said. “He would come home limping and collapse into bed with his eyeblack still on …it took him until Monday to fully recover.”

When Flores was finally informed of his illness, his first questions were about how the treatment program would affect his sports career.

“Also, mentally on the court and in the classroom we’ve seen a big difference,” Barnett continued. “His focus and energy and attitude are so much better.”

Flores uses a Dexcom blood glucos monitor, which is injected under his skin on his lower back and transmits glucose numbers to their phones or his Apple watch. It sends alerts if he is either too high or too low.

He also wears a small insulin pump on the other side of his back, although that can be removed for sports.

“Football games are so much longer so it’s a long time to go without the insulin pump, and the field is so big that he is out of range for his Dexcom sensor,” Barnett said. “We really don’t know where he is for those two or three hours. We just make sure he starts the game with his blood sugar a little higher, and have snacks and regular Gatorade for him on the sidelines in case he starts feeling like he is getting too low. We do the same thing in basketball.”

“It’s not really a big hassle now,” Flores said. “I really don’t worry much about it.”

Diet is also a big concern. If his glucose levels are low, he needs to eat more. If they’re high, he needs to take insulin.

“Teenage boys eat all the time,” Barnett said. “We have to watch what (he eats) and when.”

The Fairfield sports community is aware of Flores' medical issues and has been supportive.

“A fifth-grade boy, Easton Misner, is the football coach’s son and also the team waterboy,” Barnett said. “He also has Type 1 and has since he was a baby,” she said. “Easton took such good care of Kaelob during games. It really meant a lot to him.”

Another Fairfield senior athlete, Bostyn Pearson, also has Type 1 diabetes. Flores and Pearson are close friends and help each other out.

Barnett said Pearson and her family left an Easter basket full of plastic eggs of candy outside Flores' front door with carb counts written in Sharpie so he would know how much insulin he would need.

“I still cry every time I talk about it,” Barnett said. “We were simply amazed by that level of kindness.”

“We really hope that it (Kaelob’s story) inspires others to see that, even though it is very hard at first, you get through it and it becomes second nature. If you’re an athlete there are some extra adjustments, but it really does improve your performance in ways you never even realized. We hope it will help other kids struggling with diabetes.”

Flores, all grown up at 6-foot-3 and 225 pounds, also excels in track and field (javelin and discus), and played on the Eagles golf team last spring. He wants to play sports in college but has no firm plans.

“I like basketball the best, but I just have to wait and see,” said Flores, who was an all-state selection on the court last winter.

Flores was also all-state in football and was chosen to play in this summer’s East-West Shrine Game in Great Falls.