Bozeman senior Payton Putnam takes the ball down the court on Friday at Gallatin High. 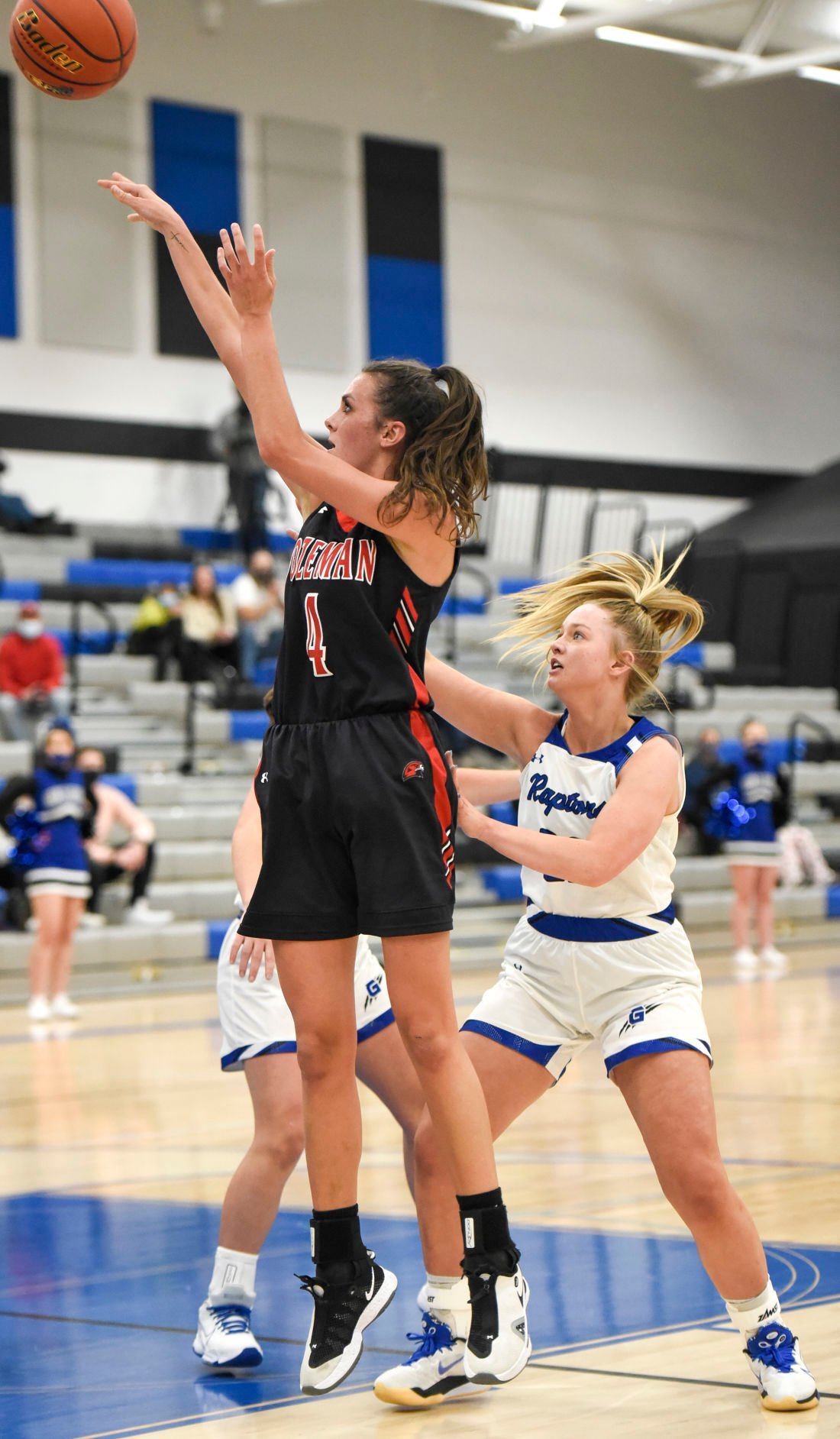 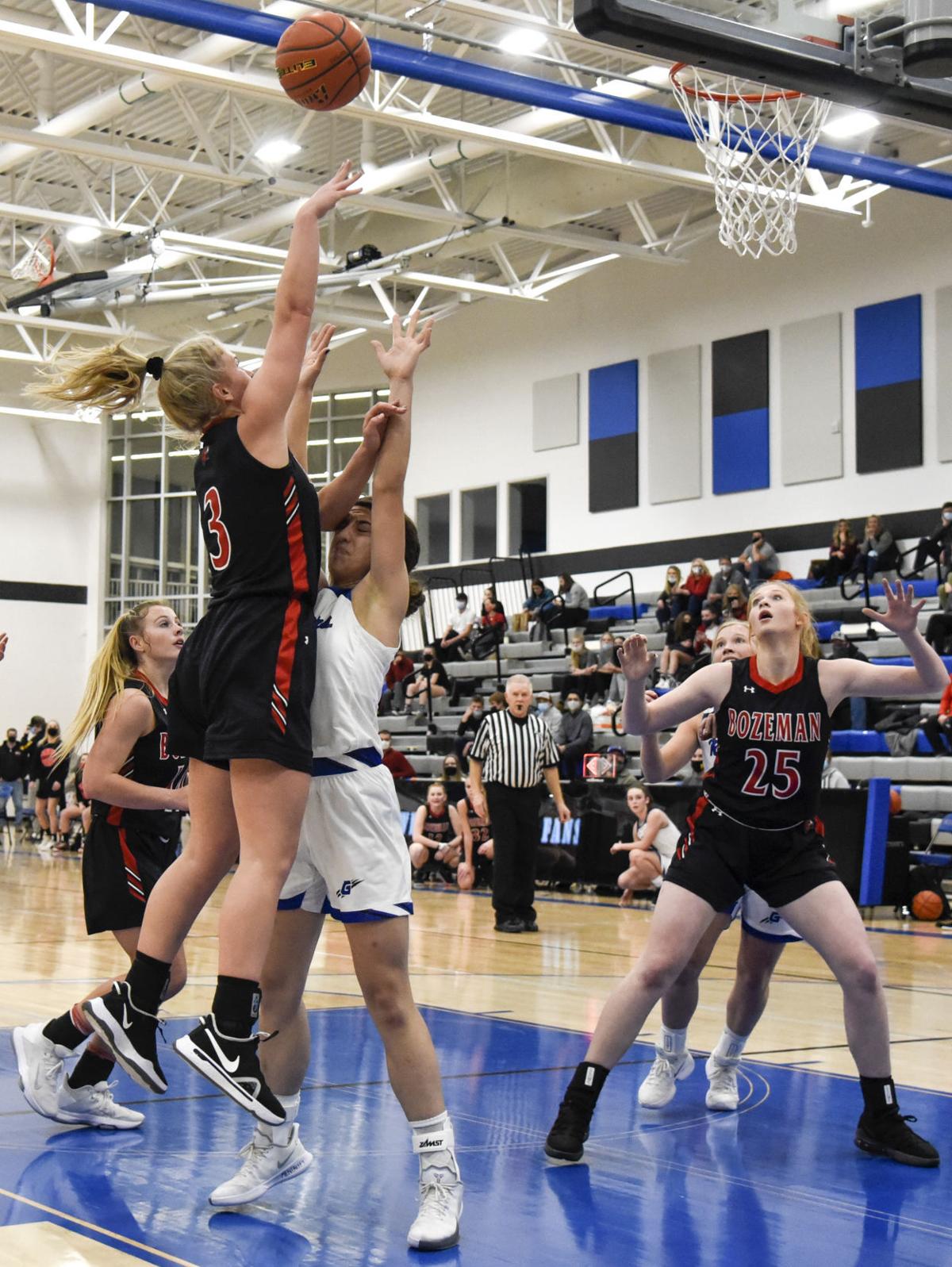 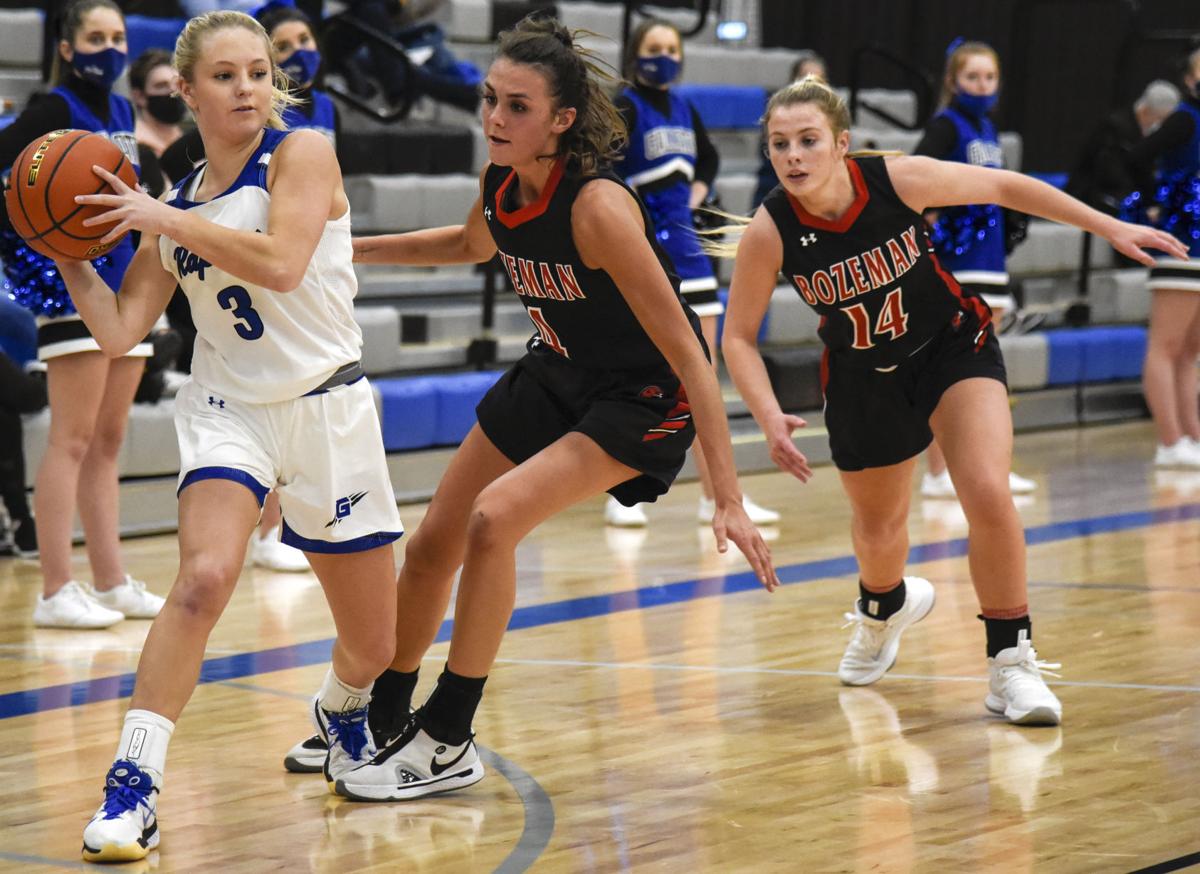 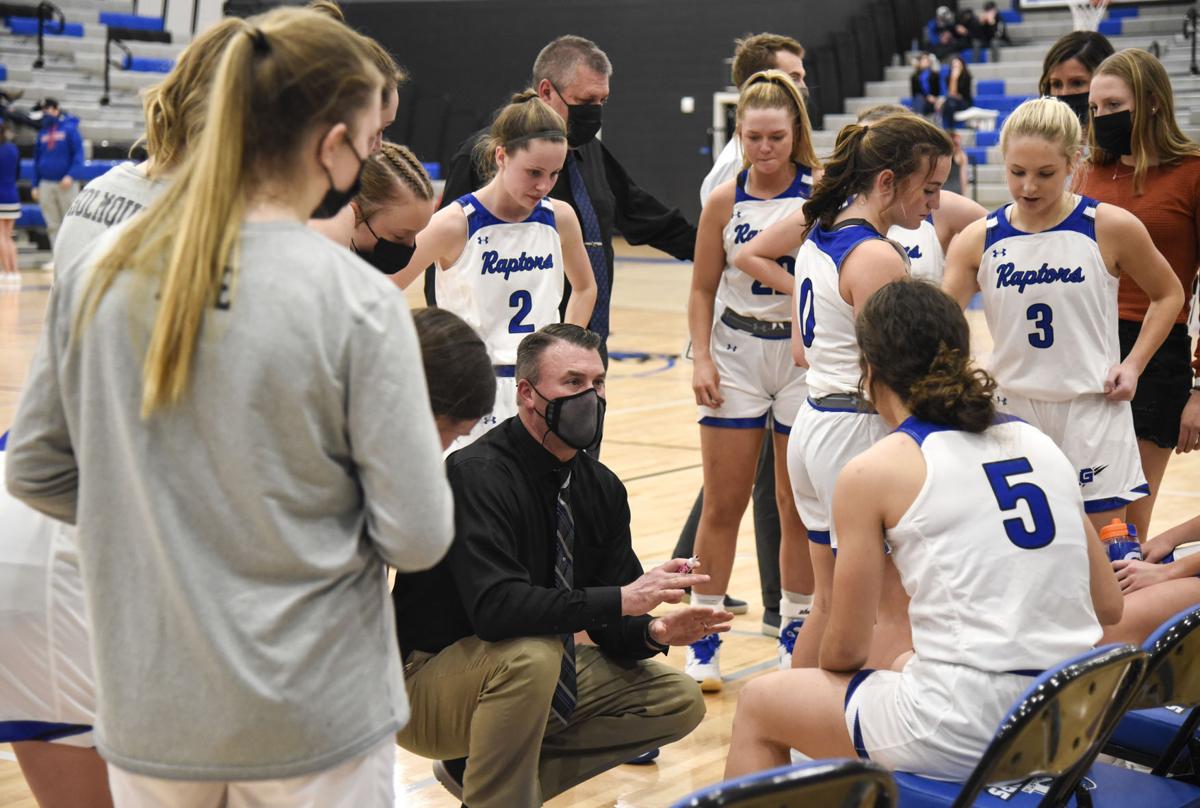 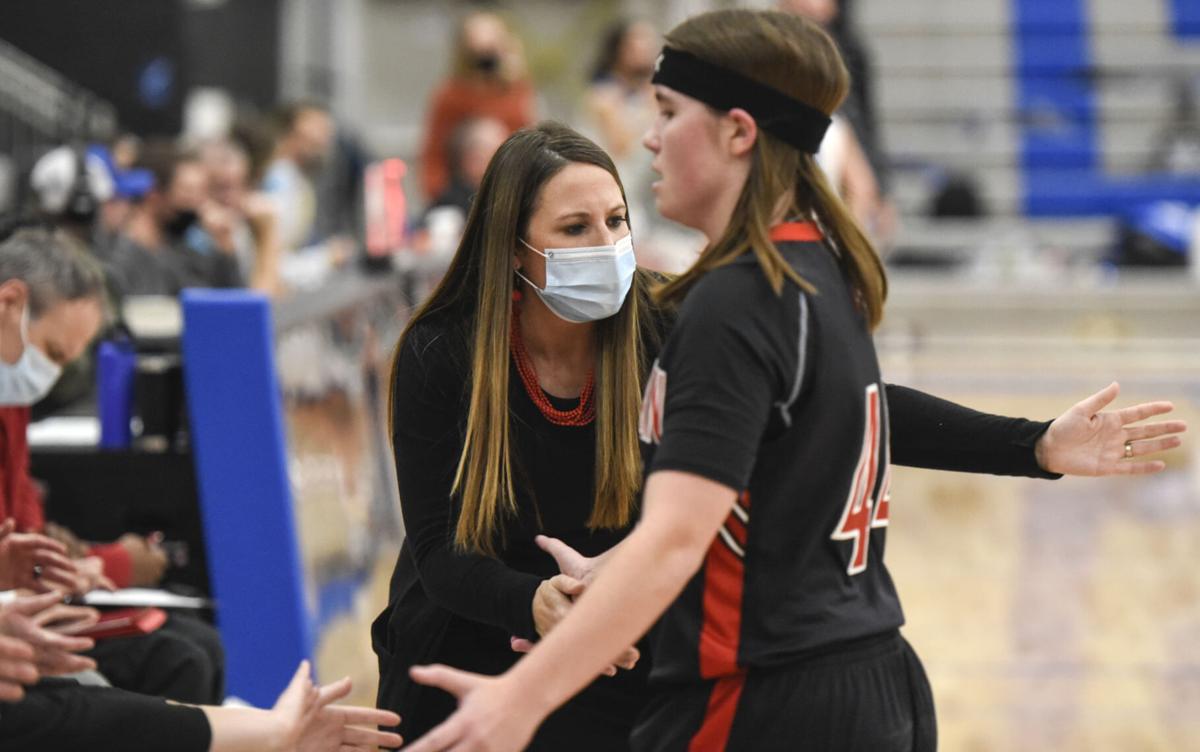 Bozeman head coach Erika Gustavsen high-fives senior Felicity Schott as she comes off the court on Friday at Gallatin High. 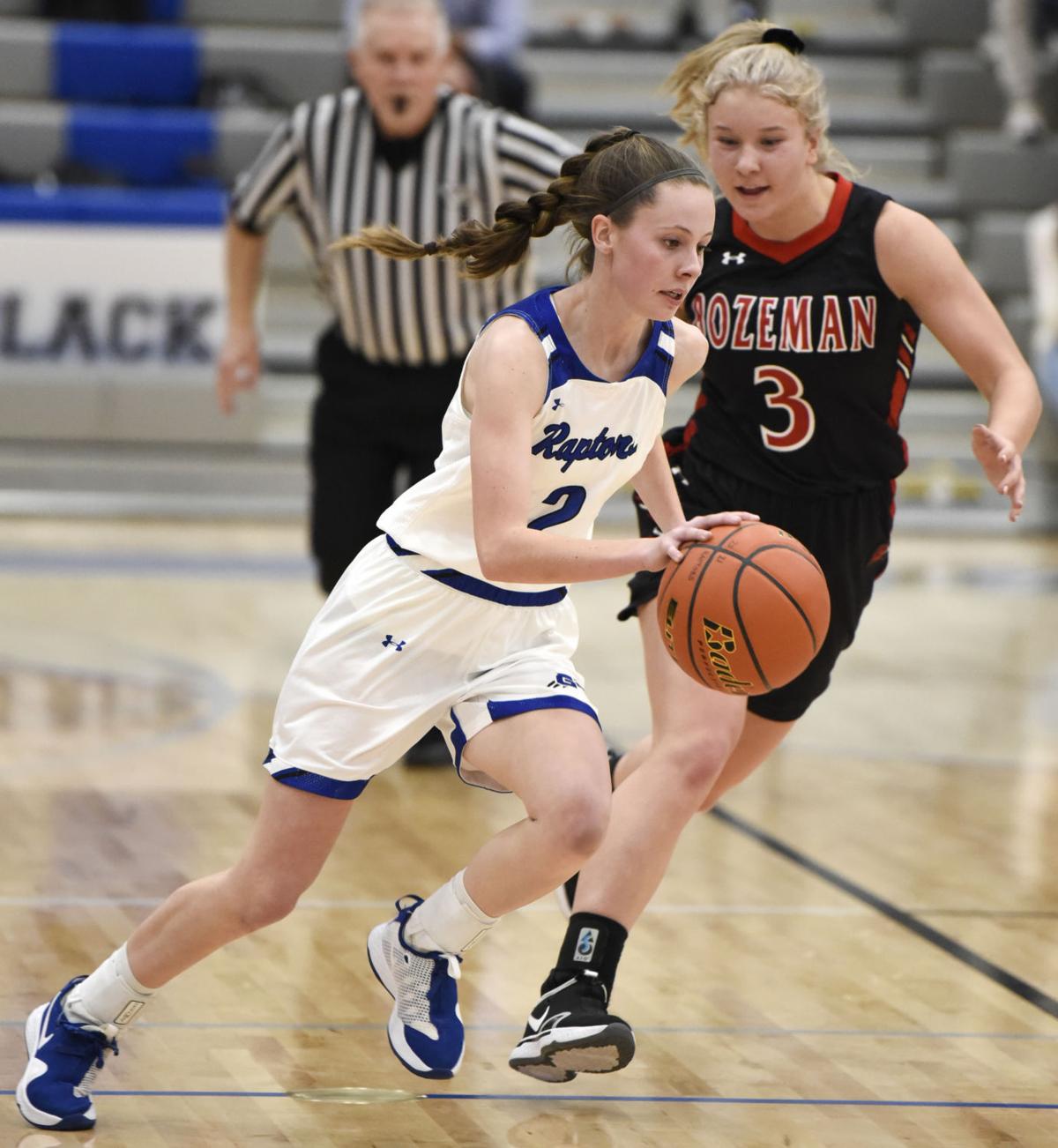 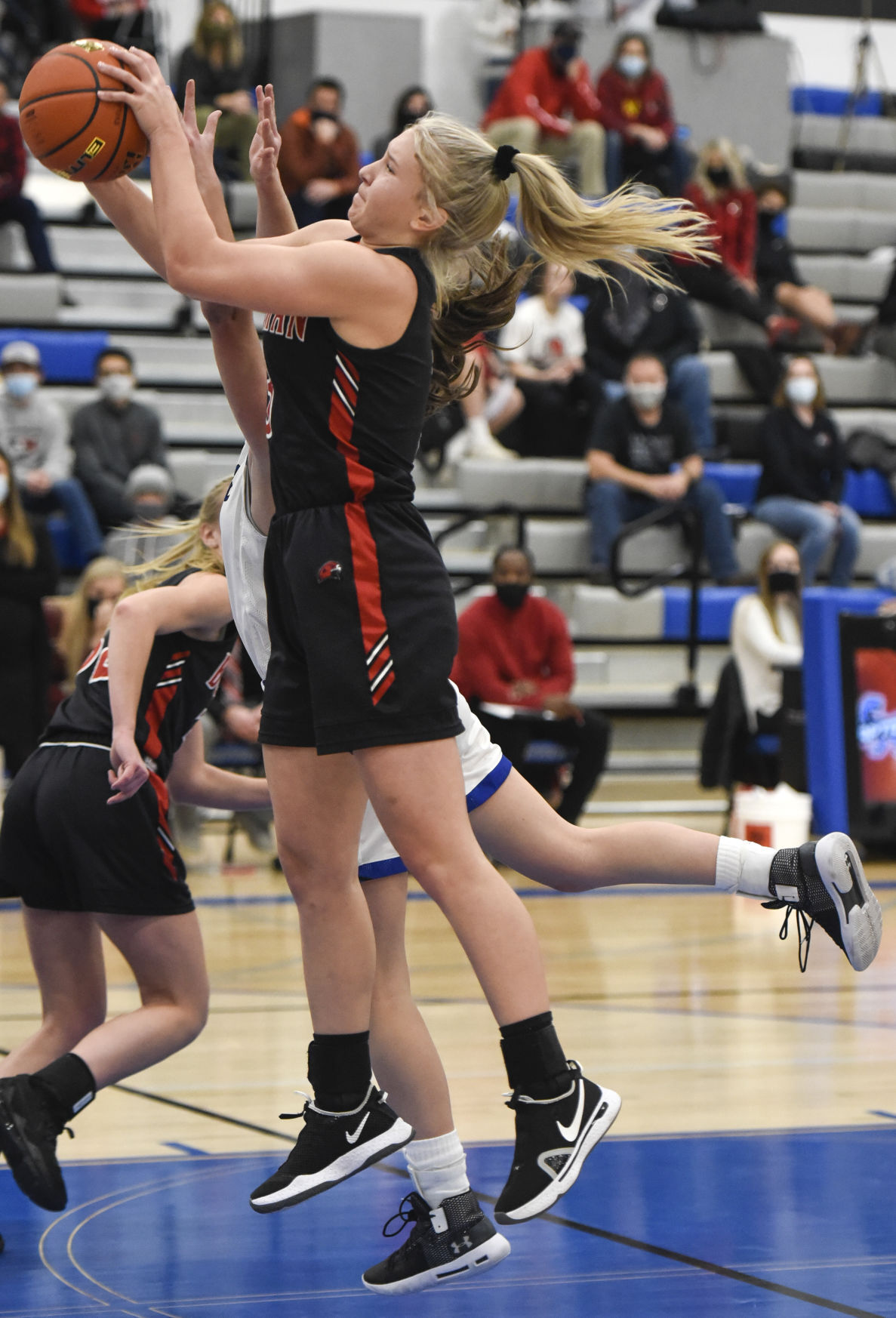 Bozeman junior Nicole D'Agostino goes to the net against against Gallatin sophomore Averi Smith on Friday at Gallatin High. 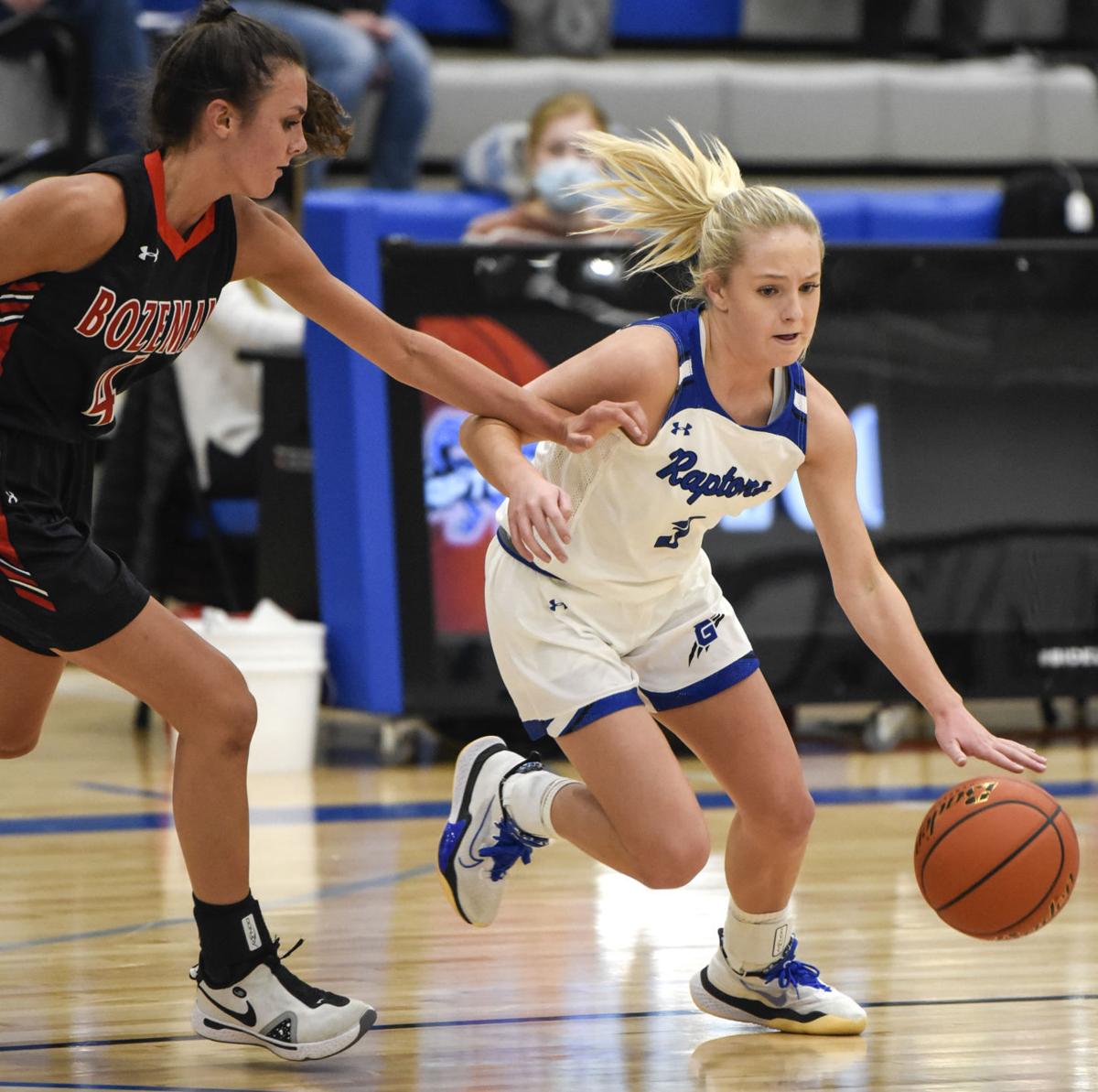 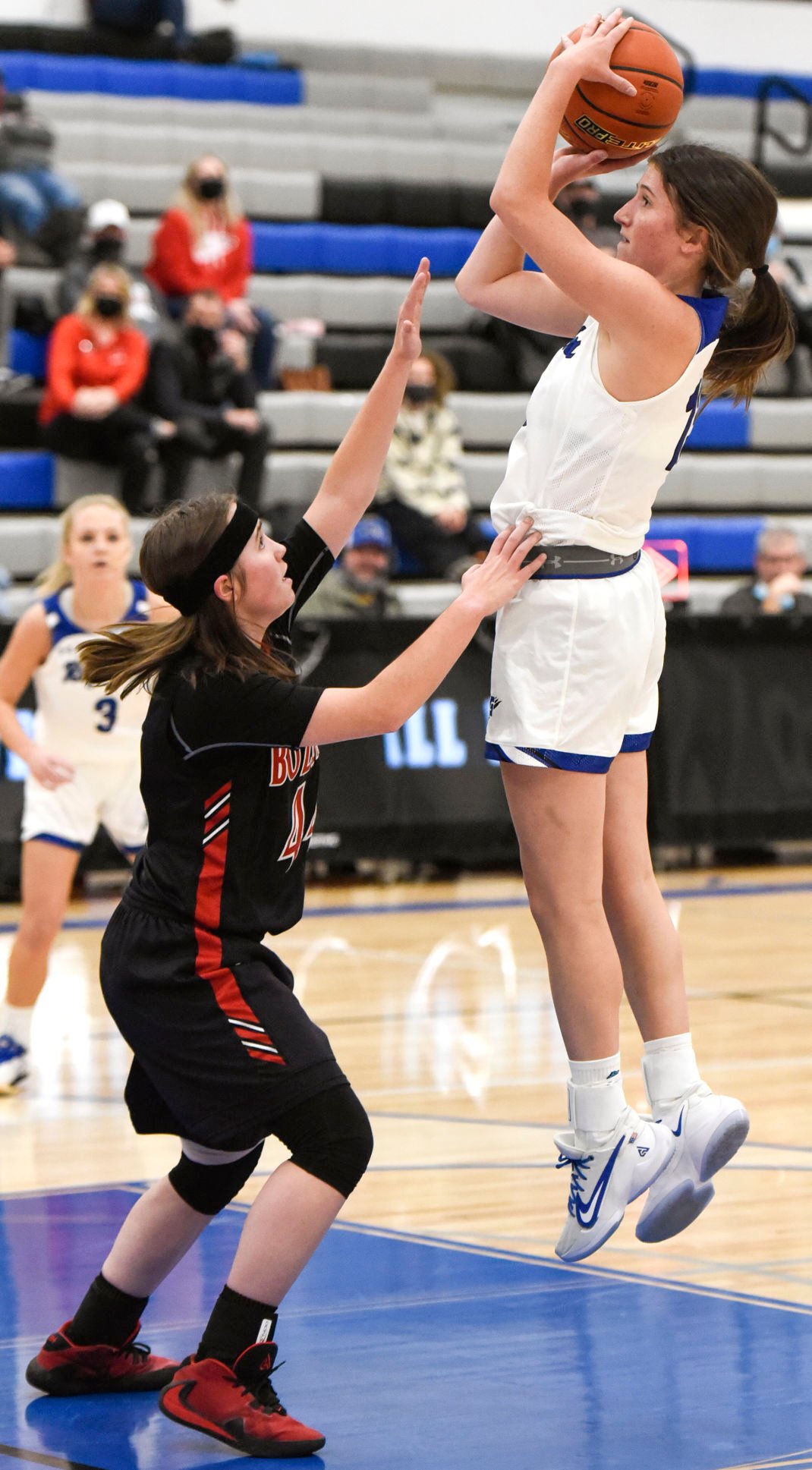 Bozeman senior Payton Putnam takes the ball down the court on Friday at Gallatin High.

Bozeman head coach Erika Gustavsen high-fives senior Felicity Schott as she comes off the court on Friday at Gallatin High.

Bozeman junior Nicole D'Agostino goes to the net against against Gallatin sophomore Averi Smith on Friday at Gallatin High.

BOZEMAN — Gallatin’s crowd was energized after the Raptors scored midway through the fourth quarter. But it only lasted a few moments. Bozeman’s Nicole D’Agostino hit a 3-pointer from the right wing.

In the first meeting between the two teams, the Hawks maintained control. Bozeman built an early lead and didn’t slow down, defeating the Raptors 56-25 on Friday at Gallatin High.

“I think it was super cool. We were all super excited for it being the first crosstown (game),” D’Agostino said. “It was girls we played with before, so it was cool to see that and what we were up against. I just think it was awesome how we brought all the energy and played well tonight.”

Members of both teams eagerly awaited this contest. Coaches and players knew each other well. Each team badly wanted to be the first victor.

Just over three minutes into the first quarter, Gallatin’s Keaton Lynn broke a scoreless tie with the first bucket of the night. The Raptors bench players jumped to their feet and shouted in excitement.

But the Hawks, just like earlier this season, were ready to bounce back. They put together a 12-2 run over the following two minutes. They steadily built their lead up to 27-11 before intermission.

“It feels really good,” Mayer said. “We’re really proud of the team. We’re coming together and we’re working hard. A lot of nerves, but we were all excited.”

Gallatin (0-3) had lost its first two games of the season. Raptors head coach Wes Holmquist, who led the Hawks boys team to years of success before this season, knew starting a new program with no seniors would equate to growing pains.

After not facing another team all season because of the coronavirus pandemic, the Raptors were thrilled just to be playing at all. Holmquist believes contests like this can help Gallatin work on pivotal skills which will help in the future.

The Hawks (2-1) are now on a two-game winning streak. This is after opening their season with a 34-point loss to Billings West.

The Hawks are starting to handle their new responsibilities better. They moved the ball efficiently. They created offensive opportunities both in transition and in their half-court offense. They didn’t give the Raptors many open shots. They also rebounded effectively.

Bozeman was also well-rounded on offense, as three players scored in double-digits. Gabby Klein led the Hawks with 14 points, while Mayer and D’Agostino finished with 13.

Many of the Hawks and Raptors were on the same team just a year ago. D’Agostino said the Hawks knew the Raptors were talented. So they knew they had to play well offensively to win.

“It was just realizing they were a good team and they were going to make shots,” D’Agostino said. “We just needed to play our game.”

Though the Raptors were searching for a win, Walker said she enjoyed the game. She had known many of the Hawks since she was young.

Walker, who scored a team-high nine points against Bozeman, said the Raptors are aiming to improve offensively. Then, Walker hopes, the Raptors will earn their first win.

The Hawks, meanwhile, hope to build on their winning streak.

“I just think it’s cool how well we’ve been playing together. Seeing that has been awesome,” D’Agostino said. “We just hope to keep that momentum going forward.”

The Raptors' first win in school history was against their crosstown rivals.