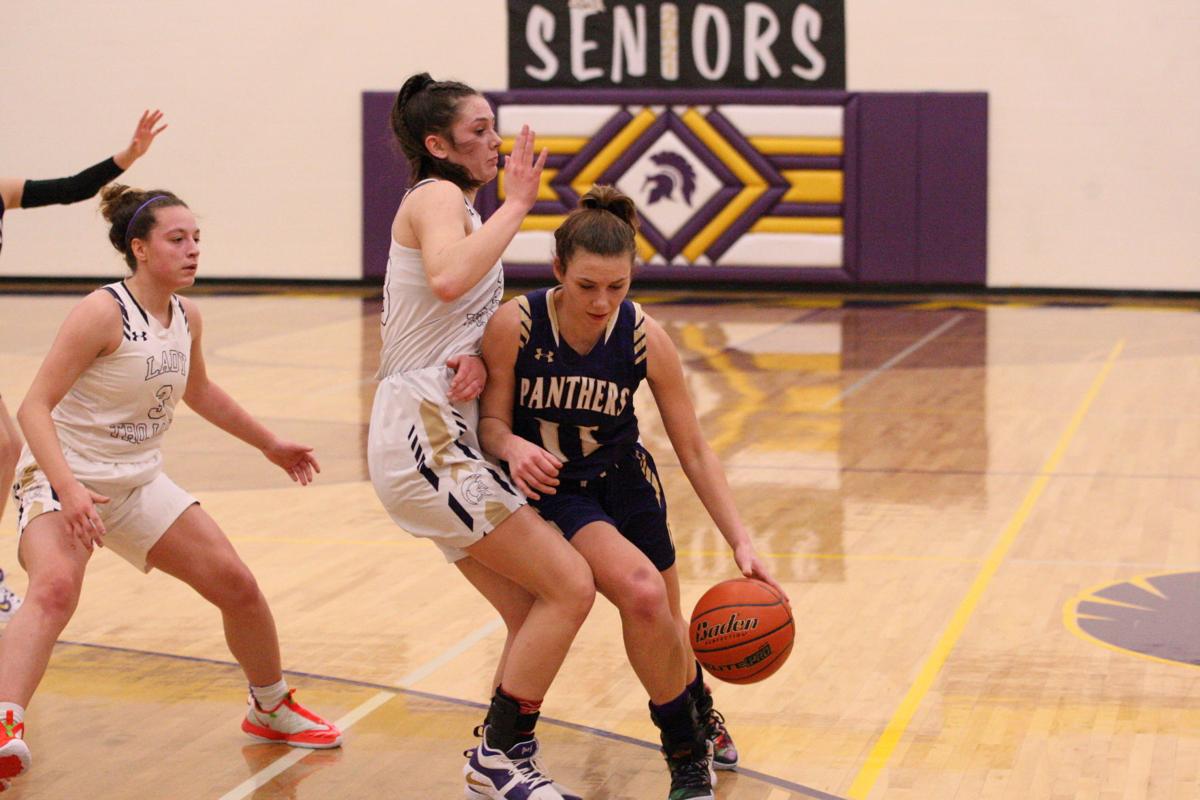 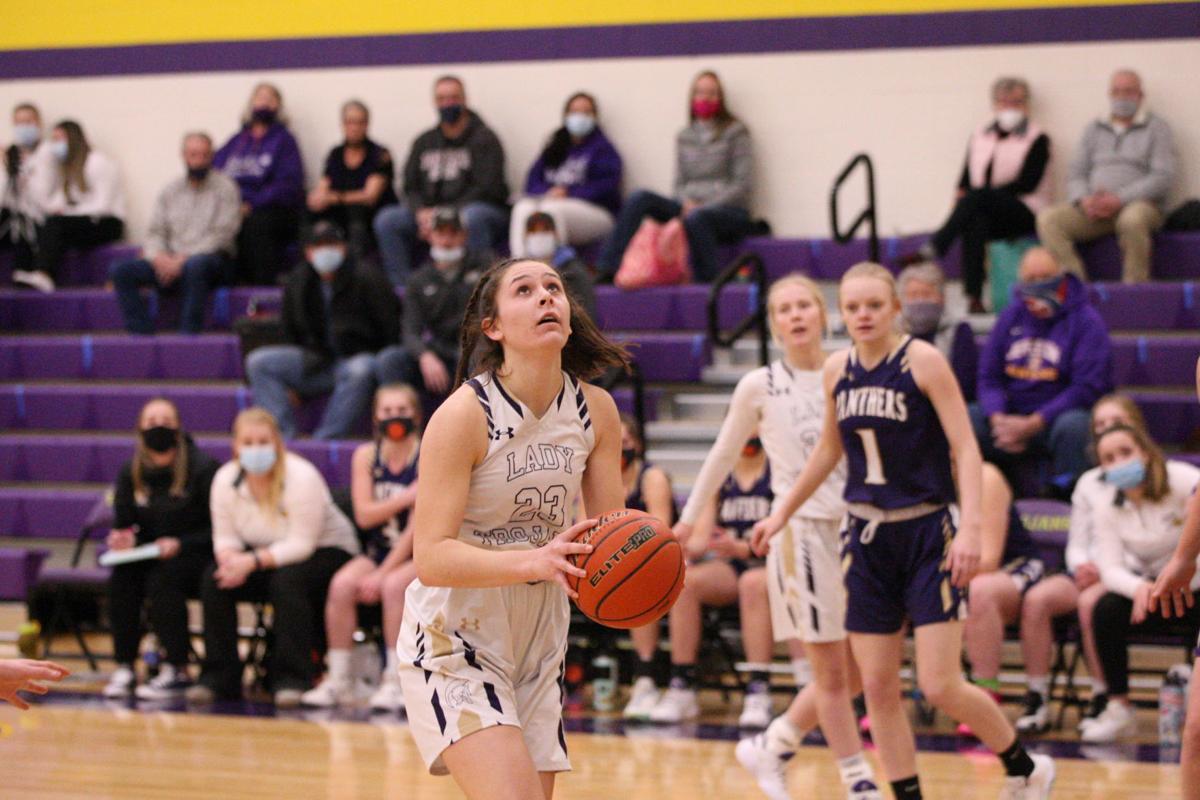 WHITEHALL — The Trojans came out of Thursday's game against Jefferson with a 54-45 win, but it took all four quarters and a few lucky bounces for them to get there.

With the win, the Trojans will face Big Timber on Saturday in the District 5B tournament at 5 p.m., while the Panthers have fallen into the consolation bracket.

"We defended really well," said Whitehall coach Mecklen Davis. "If you see the last two games we played, it's been back-and-forth and it was like that tonight. So we just preached execution and running your plays and they did it."

Thursday's game was about as back-and-forth as a game could be, tied at 13 points at the end of the first quarter. Neither team had found much offensive rhythm, but both played tight defense and forced difficult shots.

Facing Jefferson's tight defense, Whitehall's Brynna Wolfe had to get creative. Without an open teammate as she looked to inbound the ball, she bounced it off a Jefferson player's back to herself, which led to an easy layup.

The Panthers responded quickly through finding offense of their own. With a focus on perimeter shots nearly all game, the Panthers began to make them in the second quarter, where they trailed 28-23 at halftime.

"We just have to keep playing how we're playing, keep doing what we're doing," said Jefferson coach Sarah Layng. "This team's competitiveness and passion for the game is truly special."

Jefferson's desire to win showed in the third quarter, during which they tied the game at the five-minute mark. Jefferson took their first lead since the first quarter with three minutes left in the third, until play was paused to evaluate the score.

Whitehall made a free throw, but the scoreboard reflected a point scored for Jefferson. Instead of a quick change, there was a five minute delay to decipher what the score actually was. During the review, the scoreboard showed "36-36".

When players returned to the floor, the scoreboard showed "36-35" with Whitehall leading by a point, prompting a loud reaction from Jefferson fans. 36-35 was the score after three quarters.

"We played with a lot of resiliency, we had a lot of odds against us and played hard for all four quarters," Layng said.

The Panthers found themselves in foul trouble to begin the fourth quarter, down by nine points with six minutes remaining. With some players showing noticeable frustration, the Panthers began to obtain momentum, cutting into the Trojans' lead.

After the scoreboard confusion in the third quarter, more confusion arose in the fourth. After making a steal, a Jefferson player dribbled down court and had an open lane to the basket. It appeared that a Whitehall defender about one step behind her committed a reaching foul to prevent the layup.

The whistle blew but a call was not immediately made. Despite what some may have assumed, the referee paused, called a foul on Jefferson and possession changed hands. It was unclear what prompted the offensive foul call.

The Panthers then began to use a press defense, but the Whitehall offense was simply too strong to topple. Wolfe led the way for the Trojans with 19 points.

"We're going to continue to work on the little things but I'm proud of how we played today, we did what we needed to, to move on," Davis said. "Everyone has a role on this team and it's to promote positivity on and off the court."

Jada Clarkson also had a big game for Whitehall, scoring 15 points. Rachel Van Blaricom led the Panthers with 16 points while Dakota Edmiston had 12.