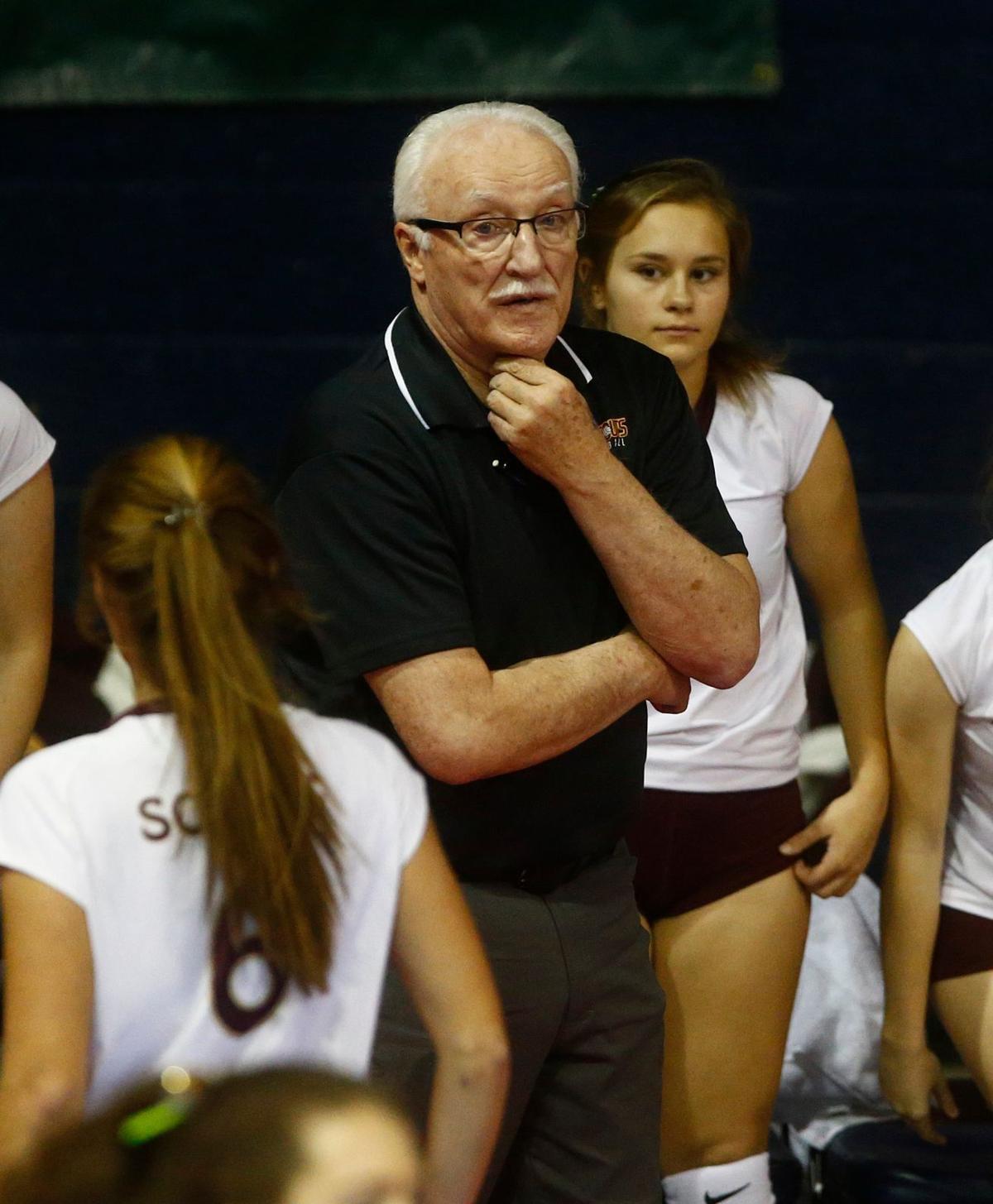 Wayne Moorman, pictured during the Class C state volleyball tournament at Brick Breeden Fieldhouse in Bozeman on Nov. 8, 2018 when he was Bridger's coach, has been hired to fill Laurel's volleyball coaching vacancy. 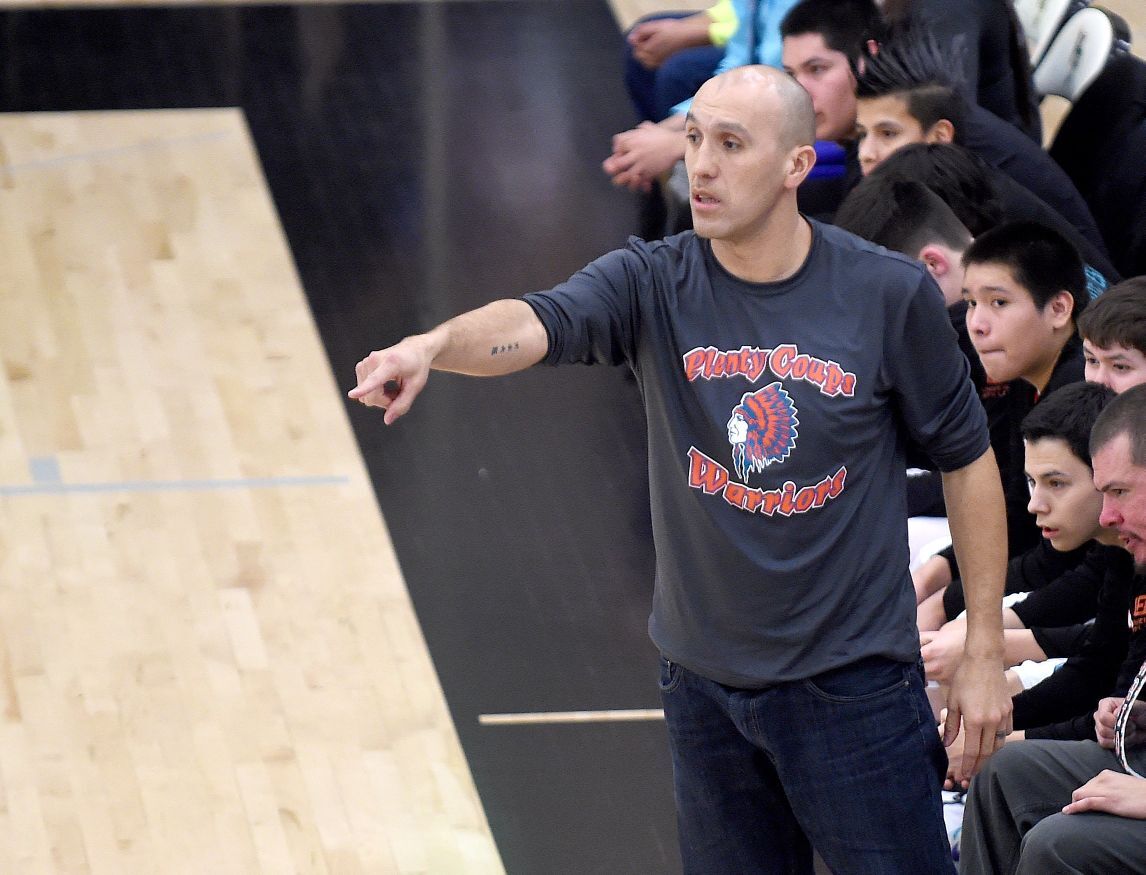 Wayne Moorman, pictured during the Class C state volleyball tournament at Brick Breeden Fieldhouse in Bozeman on Nov. 8, 2018 when he was Bridger's coach, has been hired to fill Laurel's volleyball coaching vacancy.

Wayne Moorman will take over as volleyball coach, Buddy Windy Boy will be the girls basketball coach and Tom Maack will coach the girls soccer team. The hirings were made official Monday during a Laurel School Board meeting.

Moorman, who is replacing three-year coach Kortney Klein, graduated from Laurel in 1961. He was a part of the Bridger volleyball program from its inception in the mid-1980s until his retirement in 2018.

Moorman guided the Scouts to a second-place finish at the 2018 Class C state tournament, falling just short of his 11th state championship. The 10 titles he has won trail only Billings Senior’s retired Jeff Carroll and Huntley Project’s longtime coach Iona Stookey, who have 12 titles each to their credit.

Moorman’s exact win totals are unknown, but it was estimated at the time of his retirement that he had won 750 matches in his 30-plus years.

Windy Boy replaces Eddie Cochran, who was 24-14 in two seasons with the Locomotives before he stepped down last month. Windy Boy was Laurel’s JV girls coach last season and coached the girls freshman team a year before that.

“Laurel has a winning culture with a lot of other sports, and I just want to bring the Laurel girls basketball team up and reach those standards,” Windy Boy told The Billings Gazette and 406mtsports.com Monday. “I want to thank the school board, especially the administration, for giving me a chance to coach at this level. I’d like to thank Eddie Cochran, and I’d like to thank my wife, Sami.”

Windy Boy coached the boys basketball team at Plenty Coups from 2014 to 2018, and he’s coached several AAU teams over the years. He graduated from Lodge Grass and played basketball for Montana State Billings from 2002-2006. He made 305 3-pointers, third on the MSUB’s career list, and he left with 1,278 points, which is 11th all-time at the school.

With the Laurel girls, Windy Boy plans to play at a fast pace, shoot lots of 3-pointers and use a full-court press on defense.

“My coaching style isn’t for everybody, but it will exploit all of the girls’ talents and strengths,” he said.

Windy Boy is looking forward to coaching his daughter, Sannah, who will be a freshman at Laurel next school year.

Maack is a longtime coach at various levels in the Laurel soccer community. He’s been in a leadership role with Laurel Youth Soccer Club since 2002, and he’s coached the Locomotive girls soccer team’s current group of juniors, sophomores and freshmen for 10 years in the non-high school seasons.

Maack was the Laurel boys soccer coach from 2005 to 2008, and he took over the program again last season in what was a rebuilding year after a senior-heavy roster took Laurel to the Class A title match in 2019. The Locos finished 0-7-1 last season.

Maack will only coach the girls, so the Laurel boys soccer coach position is currently open. The school will also be searching for a new athletic director after Dominick Vergara resigns next month.

Laurel’s girls soccer team has won the last two Class A state titles, and it has reached the title match each of the past seven years. The Locos also won titles in 2014 and 2017 under Aloma Jess, who resigned in January after 20 years in that position.

“Those are going to be no easy shoes to fill,” Maack said Monday. “Just so thankful for what she’s done.”

The Laurel girls soccer roster features Maack’s daughter, Mya, who will be a junior next season. She scored 22 goals and four assists in COVID-impacted 2020 after tallying 30 goals and six assists as a freshman in 2019.

“She’s a good kid, and we just want her to be part of the team,” Tom Maack said. “Losing eight seniors, we recognize that there’s going to be a recalibration.”

Maack’s daughter, Morgan, was one of the eight seniors on last year’s team. The four-year starter at midfielder signed with Rocky Mountain College.

Mike Scherting contributed to this story.

Laurel softball has had plenty to smile about this season

“They’re never complacent, they’re just constantly trying to get better and just improve themselves and each other."