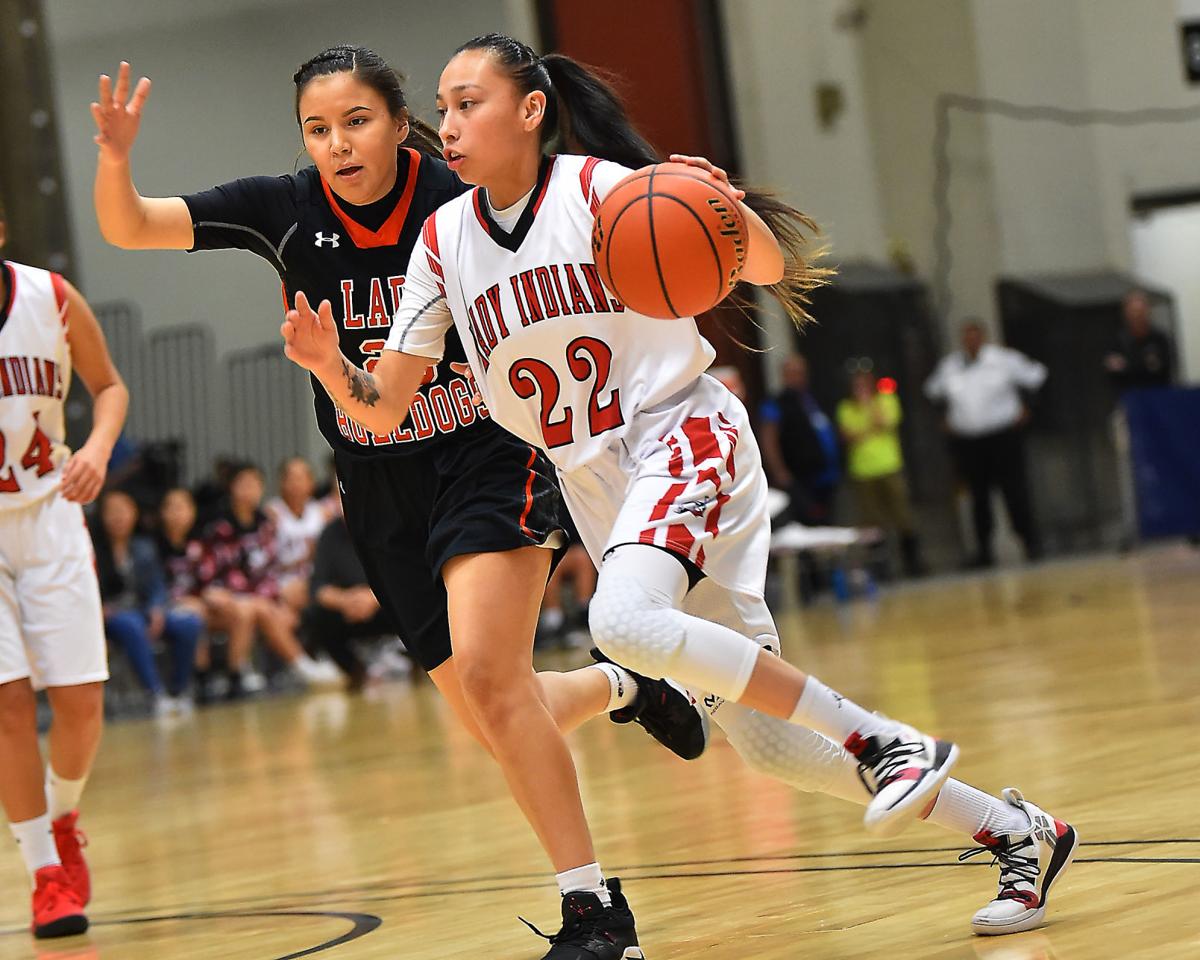 Browning's Danaiya Polk runs past Hardin's Breanna Old Elk at the 2019 State tournament in Great Falls during the opening round. Hardin won 71-29. 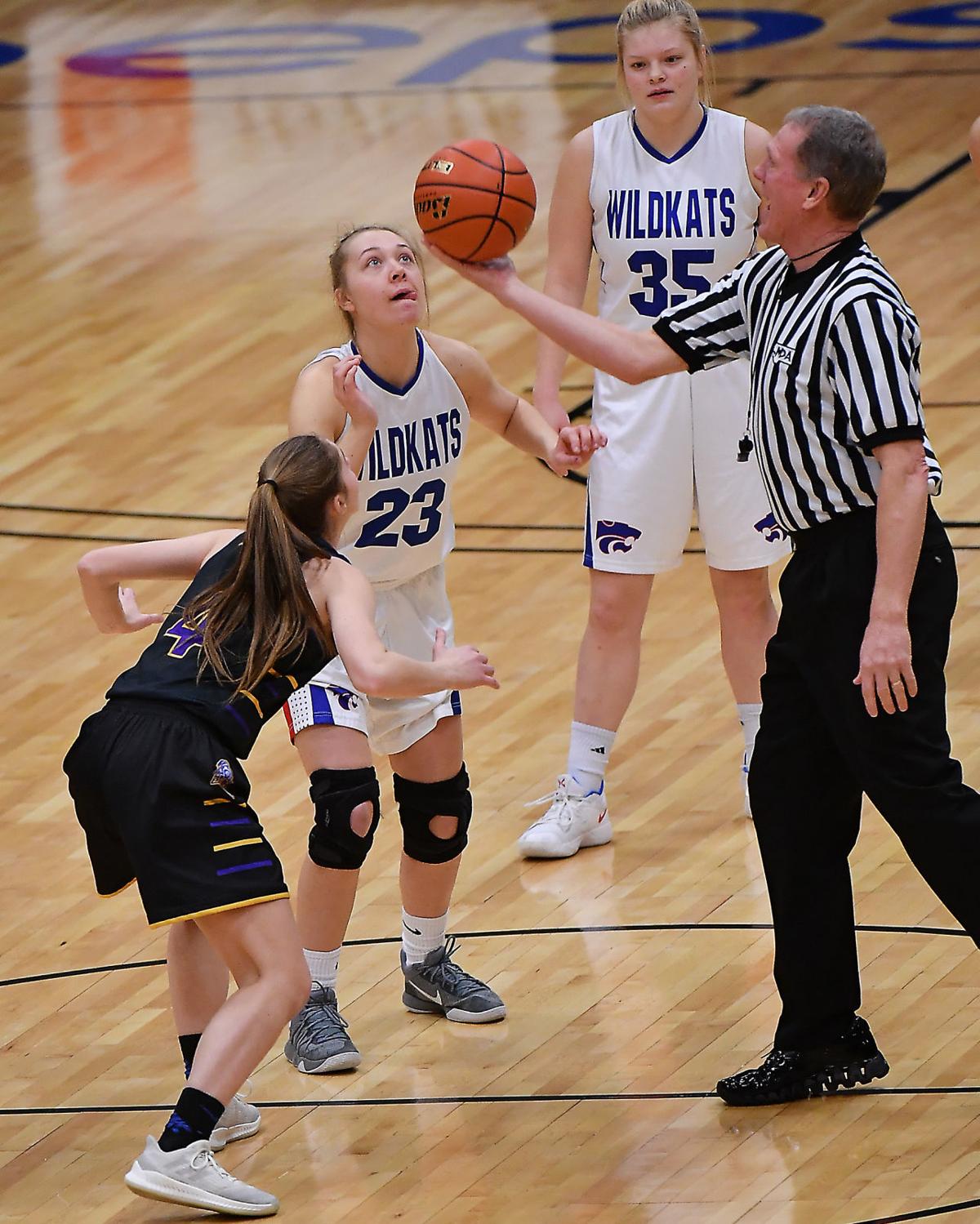 Laurel's Mya Hansen and Columbia Falls' Ryley Kehr ready for the jump ball to open the 2019 State A basketball tournament in Great Falls.

Browning's Danaiya Polk runs past Hardin's Breanna Old Elk at the 2019 State tournament in Great Falls during the opening round. Hardin won 71-29.

Laurel's Mya Hansen and Columbia Falls' Ryley Kehr ready for the jump ball to open the 2019 State A basketball tournament in Great Falls.

GREAT FALLS — On Feb. 23 at the Western A divisional basketball tournament in Hamilton, a number of attendees noticed a man wearing a blue and gray shirt seated near Columbia Falls fans who was holding a sign reading “FTI” during the game between Browning and Columbia Falls.

To many in the crowd, including on the Columbia Falls side but especially on the Browning side, the message was derogatorily clear.

“Well you know I wasn’t really aware of what was going on until after the game, until actually a few days after it and you know it kind of got on social media and kind of blew up into whatever it was,” Browning coach Ray Augare said.

And the Columbia Falls administration decided to use the incident to teach a lesson so they approached Browning with an idea. Before the 2019 State A tournament in Great Falls, the Wildkats stopped in Browning to present a gift of a Pendleton blanket to the Indians boys and girls teams during a pep rally.

“Great respect for Browning,” Columbia Falls girls coach Cary Finberg said later at the tournament. “I appreciate the fact they allowed us to go into their gym while they’re celebrating their teams and to do that so hopefully we can put this behind us and move forward and focus on basketball and hopefully it’s a lesson learned from everybody.”

Said Augare: “I think that they just wanted to make sure that we knew that that wasn’t something they condoned. I didn’t know that they were going to show up until the day of the pep rally so I thought it was pretty nice of them to kind of set things straight.”

Both school's administrations worked out the logistics to make sure that the travel time allowed them to make this happen and deliver a larger message than just the gift of a blanket.

“You’re in these things for life lessons,” Finberg said. “Sports is kind of a short little blur, but these kids are going to learn life lessons on and off the court because of basketball and hopefully that’s one they can learn from and draw from as they mature and become adults.”

“I guess they’re going to display that in the gym,” Augare said, “so that was a pretty good deal.”